Pitsou Kedem Architects have designed a house for a family in Ramat Hasharon, Israel. 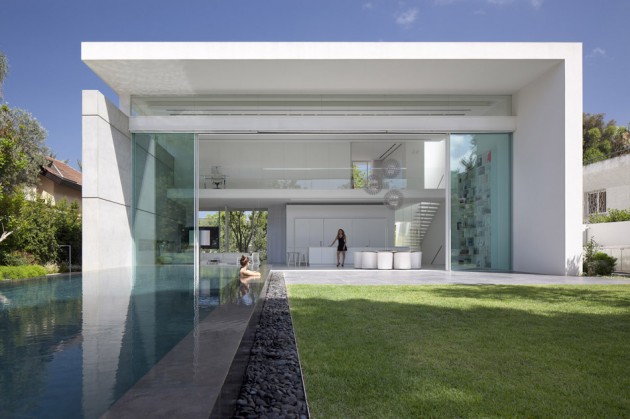 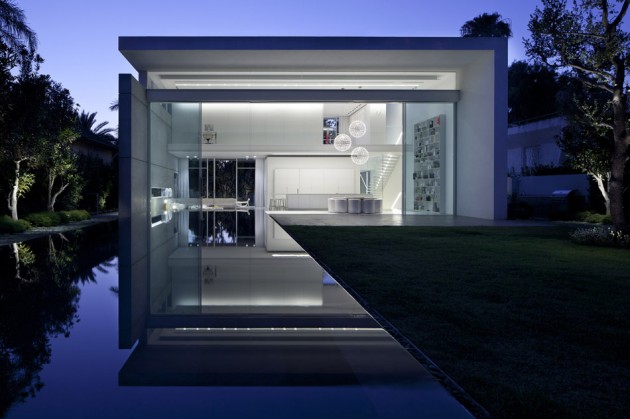 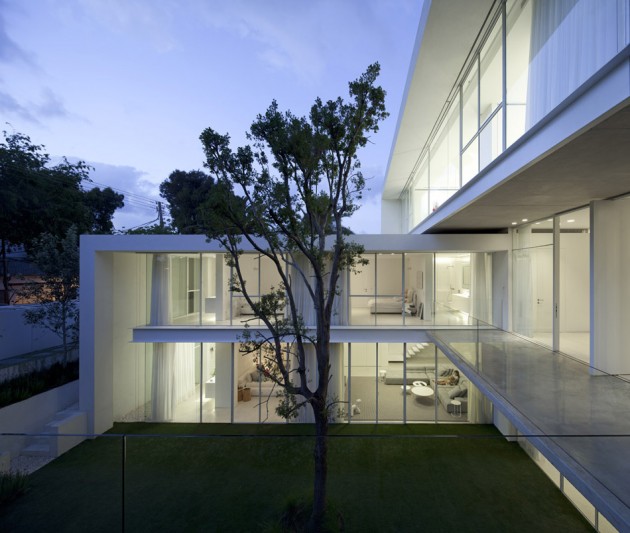 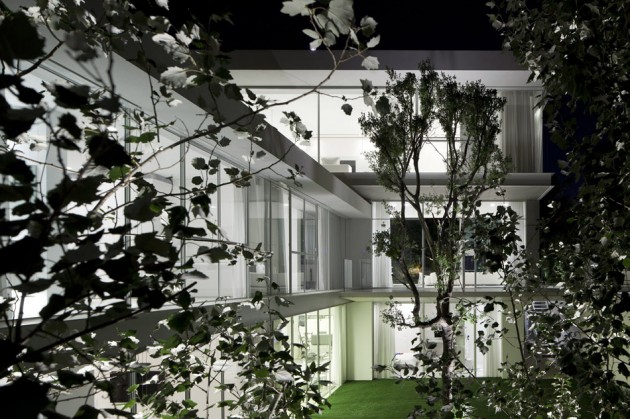 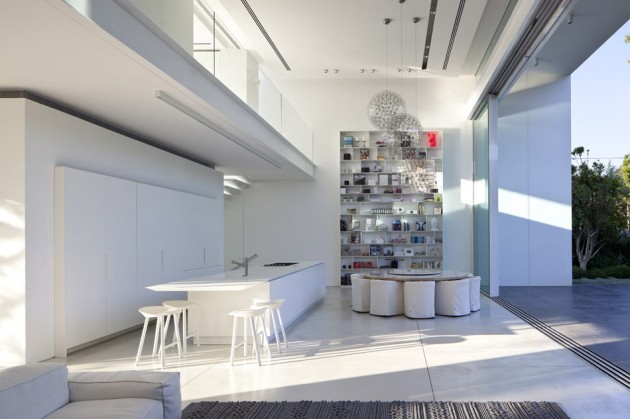 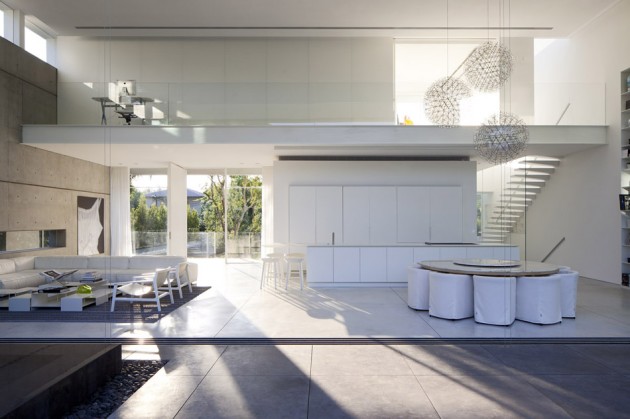 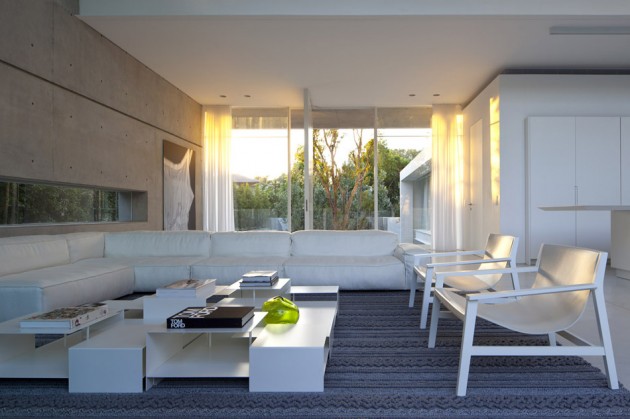 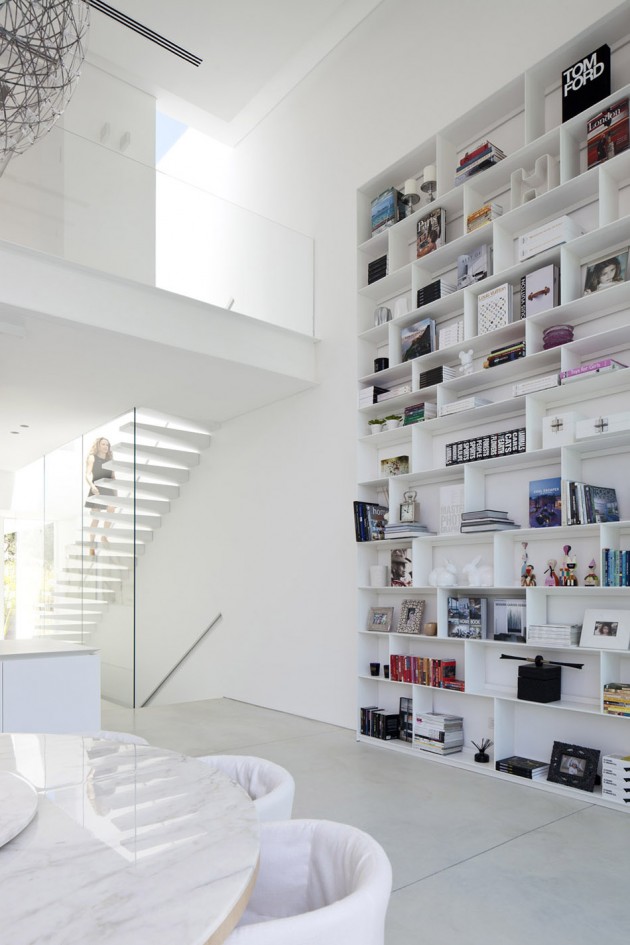 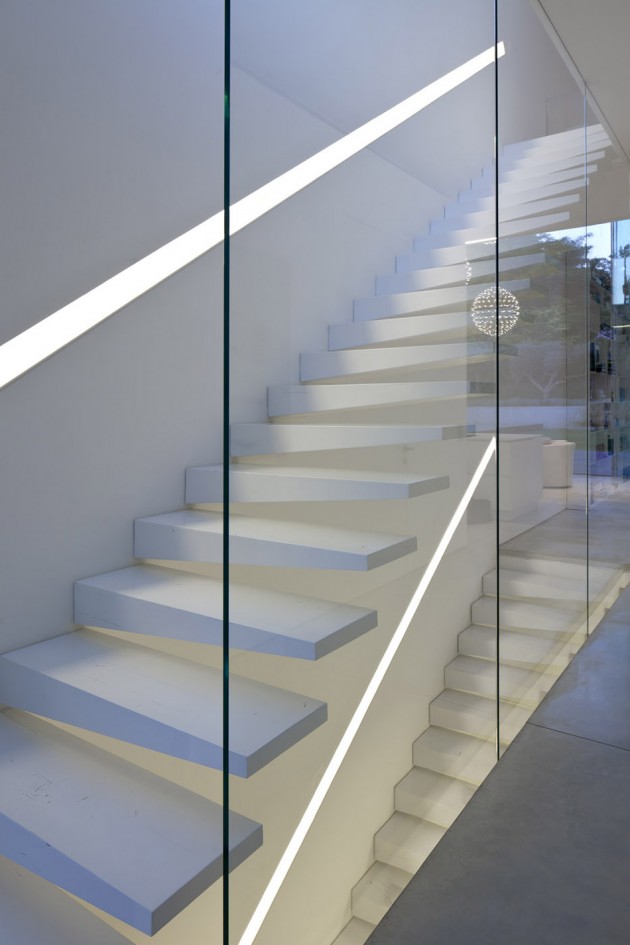 A private residence, built between two, central courtyards. A frontal courtyard excavated to a depth of three meters and the second courtyard at the level of the building’s ground floor. This topographical interface creates a unique cross section to the building’s mass with each part of the building, even the section constructed as a basement, being open to its own courtyard.
The central space of the kitchen, the dining room and the living room is open in two directions – to the west and to the east. This provides a feeling that the space is constantly enveloped by natural light and the greenery of the trees in the courtyard.

The structure’s central space, set in the center of the plot, is accessed via a long bridge that crosses the sunken courtyard and leads to the front door. From the bridge, we can see the children’s living rooms which open into the basement.

The house’s central space rises to a height of six meters and is 17 meters long. There are no pillars in the space and the entire front is transparent with glass windows that slide apart with the aid of an electric motor. Thus, the entire interior of the home opens into the courtyard and the border between inside and outside is cancelled. The swimming pool seems as if it extends into the structure and, when looking into the house from the courtyard, the house in reflected in the pool which strengthens our impression of the building’s mass. The master bedroom is set on the second floor and opens onto the double space and the courtyard allowing for a view of the entire plot.

The structures two supporting side walls have been emphasized, one was poured from exposed, architectural concrete and on the other a large library reaches to its full height.