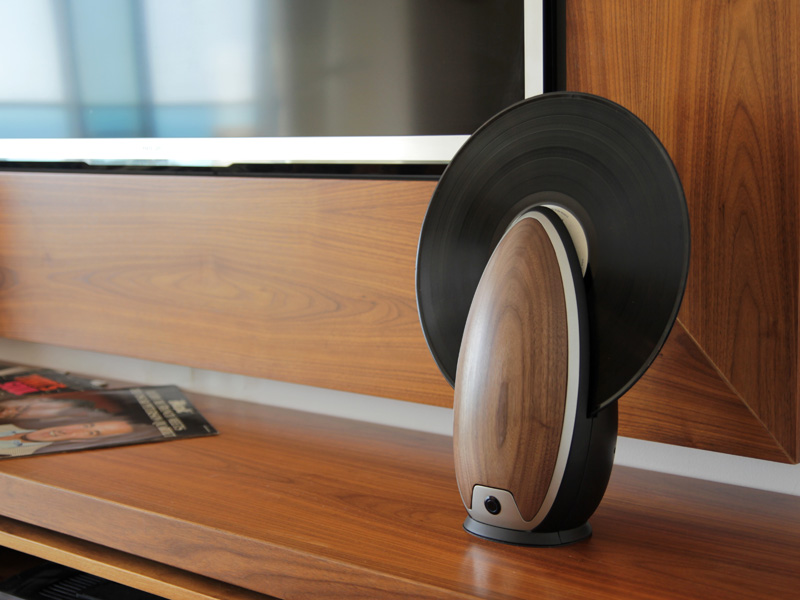 Watch a video of TOC being used – here. 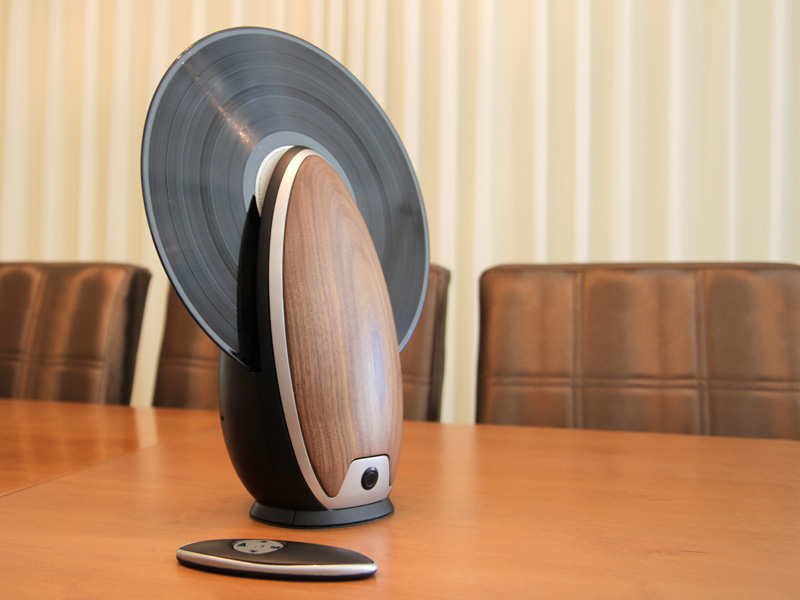 ‘TOC’ was created with two main aspects in mind: easy use with a clean and simple design. It works with a linear tracking system to capture the good old analog sound and of course allows for easy operation via remote control – but also via LED touch buttons on the front panel. Users can easily skip between tracks, thanks to a sensor that scans the tracks on each vinyl inserted. 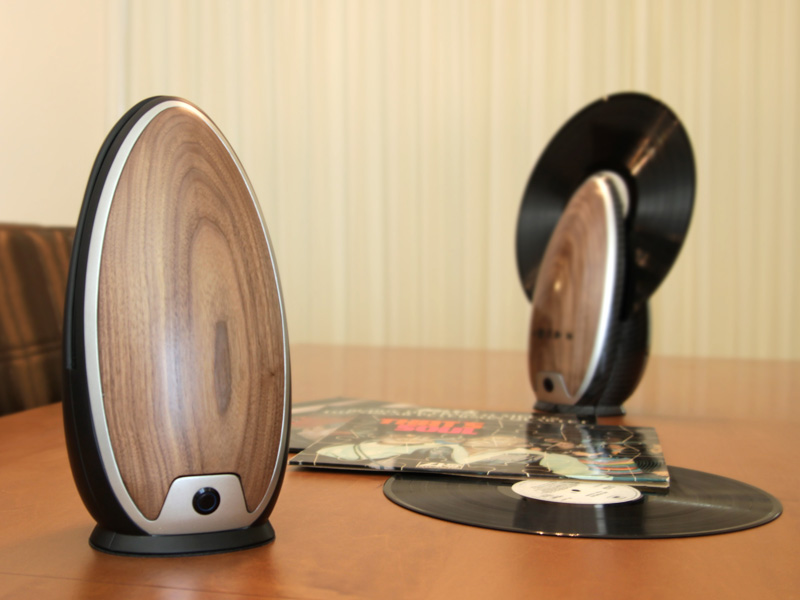 Built with special spherical bearings, even warped records can now be played without any problem. ‘TOC’ is also comes with a built-in carbon fibers brush that captures dust thus stylus stays clean. 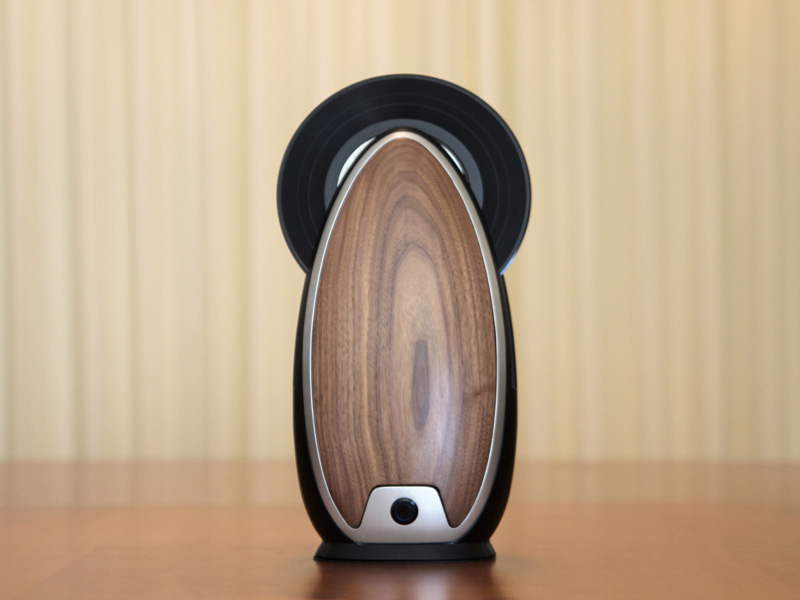 Besides enjoying the sound of the record playing and the viewing of the spinning record, it becomes an interesting conversation piece and unique accessory to any home. Its front panel is made from CNC-cut walnut wood and is a great addition to any room in the home. Even when a record isn’t playing, the ‘TOC’ vertical record player can stand alone as an interesting piece of creative design. 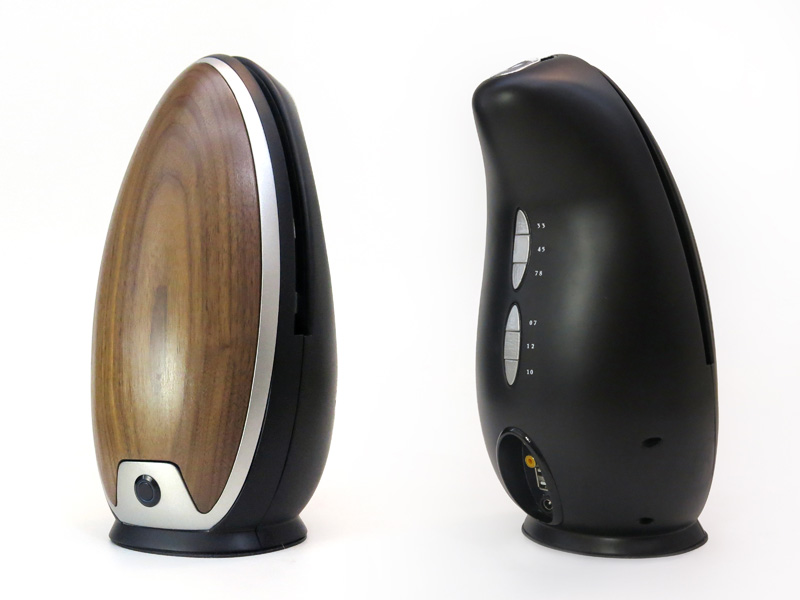 The inspiration for the design of ‘TOC’ was drawn from the dinosaurs who roamed the Earth in the Mesozoic era. This era divided for three periods; The Triassic period (“T”) and the Cretaceous period (“C”) which represents the beginning and the end of the Mesozoic era and the Jurassic period which was the most prolific period for the dinosaurs. This period is represented with the letter “O” and the ‘TOC’ shape, which is symbolizes the amniotic egg. 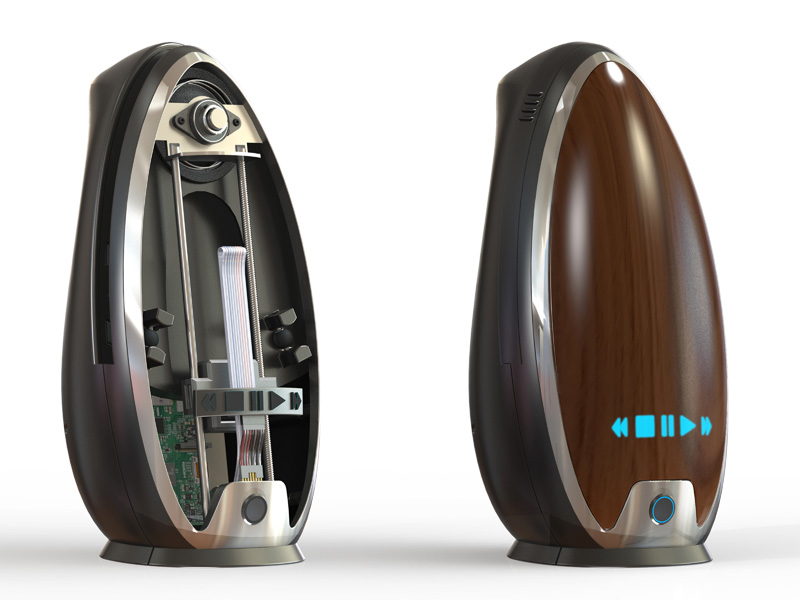 ‘TOC’ uses standard stylus to capture analog sound. It’s located inside a cartridge along with a sensor and carbon fibers brush. The cartridge travel on the record’s radius till its reach to the desired point, then the stylus automatically pops up to touch the record with a preset pressure which is not changeable. ‘TOC’ uses its own stylus and it comes calibrated so the pressure adjustment not needed.