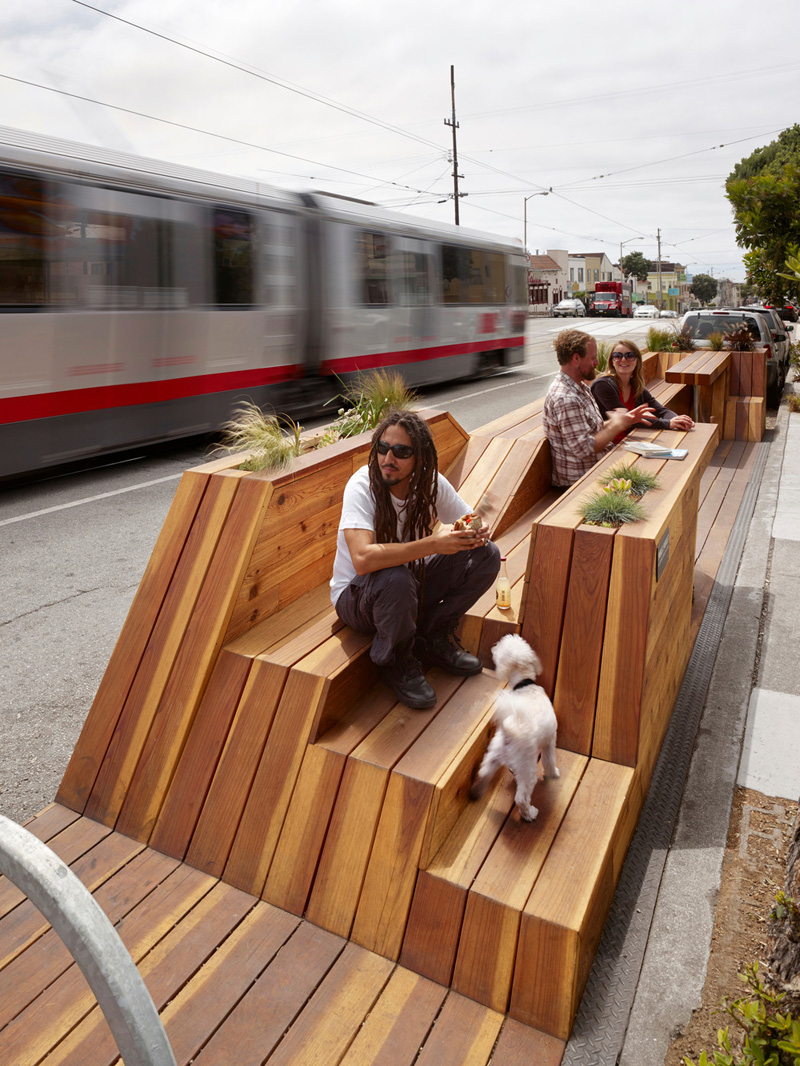 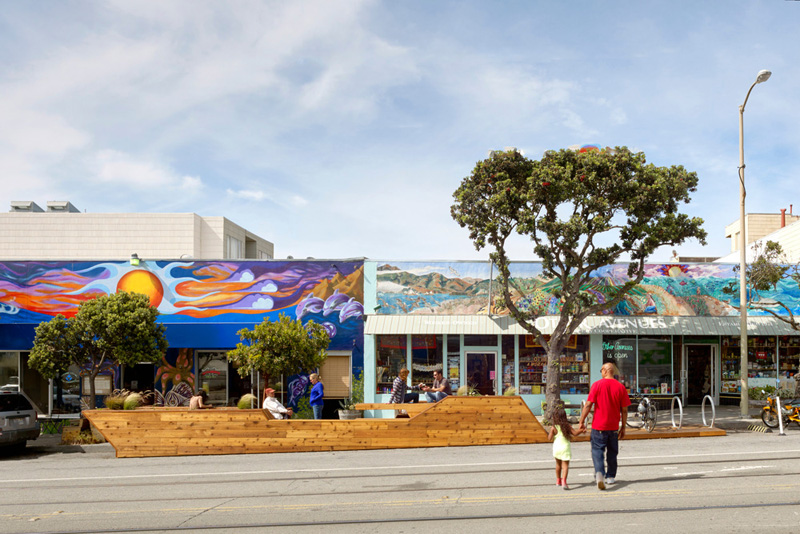 The Sunset Parklet is a public parklet hosted by Other Avenues Food Store and Sea Breeze Café on Judah St. between 44th and 45th Avenue. The parklet consists of 4 “strips” that undulate along the length of the parklet, providing built-in seating, tables, and native planting. It includes a dog watering area with leash ties to assist dog owners, and a built-in bicycle rack and pump station to engage cyclists. 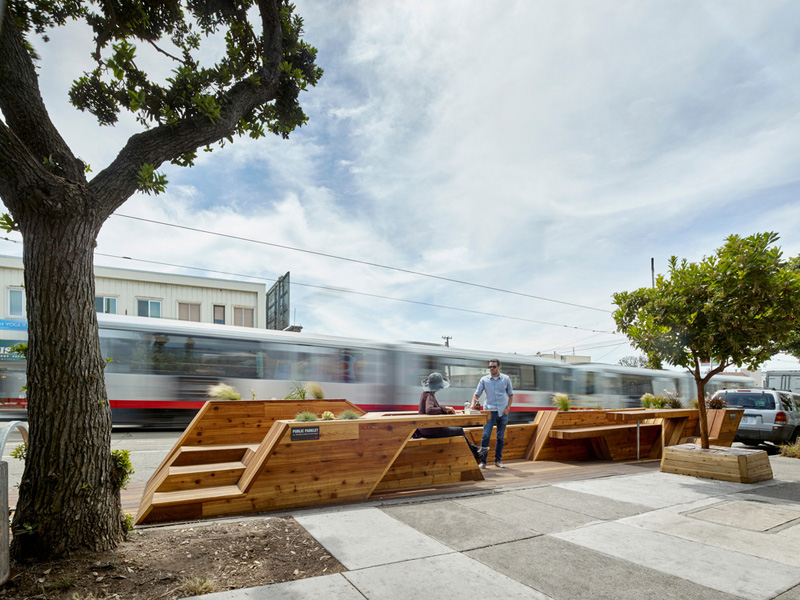 The designers explored the common sculptural aspects of these seemingly divergent formal strategies to arrive at a uniquely San Francisco solution. SF Topography in contrast to the regular SF Street grid became a guiding metaphor for the projects development.

Despite a deceptively regular street grid, San Francisco’s topography is famous for its undulations (like waves or sand dunes). Four streets cut from different parts of the city’s fabric would hardly matchup when placed next to one another. They would create juxtapositions along their sectional edges, and this became the operational device for how the Parklet would be articulated. 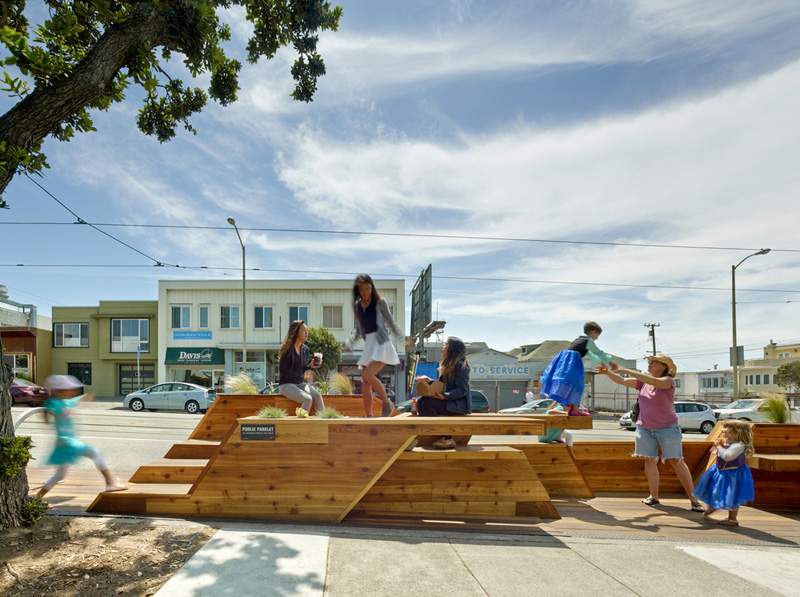 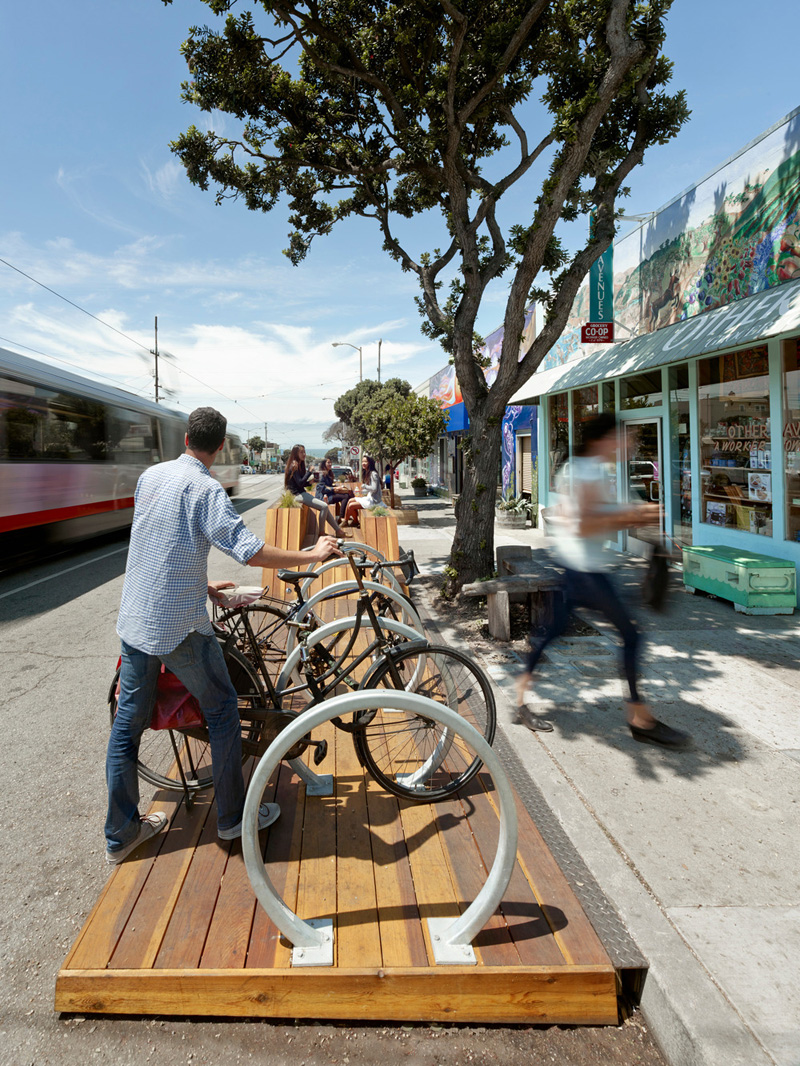 Constructed of sustainable and reclaimed materials in Compliance with DPW’s Guidelines,this new addition to the popular and growing SF Parklet program challenges the notion of a “café Patio” – to produce an elegantly articulated work of sculptural mass that galvanized the greater community around both its political support, and its funding over a grueling two year process to become point of local pride. 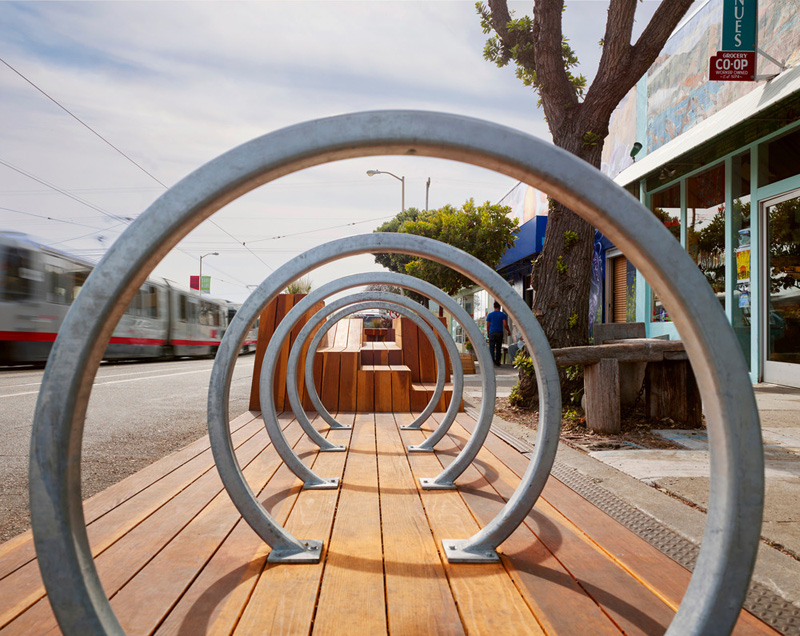