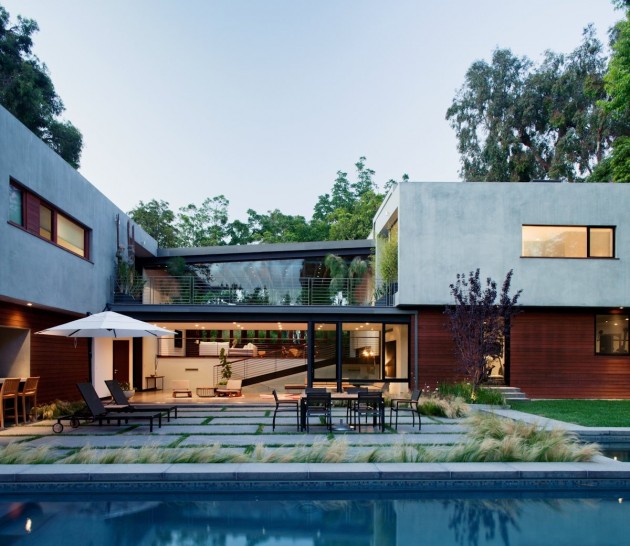 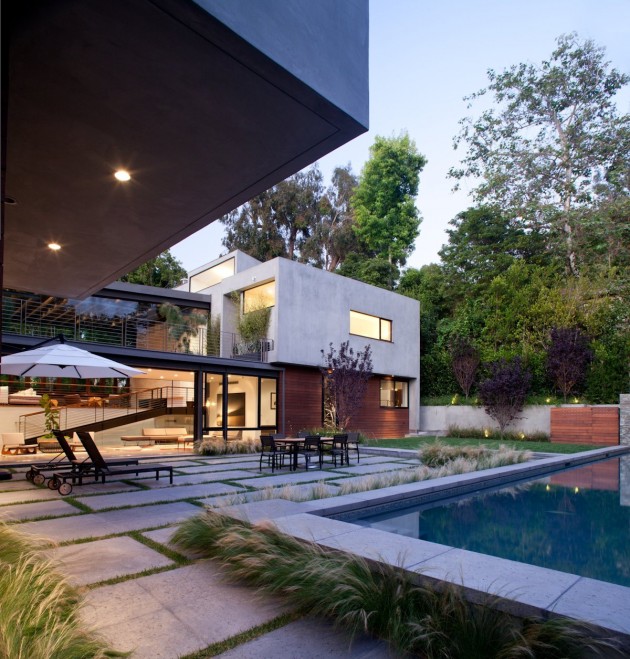 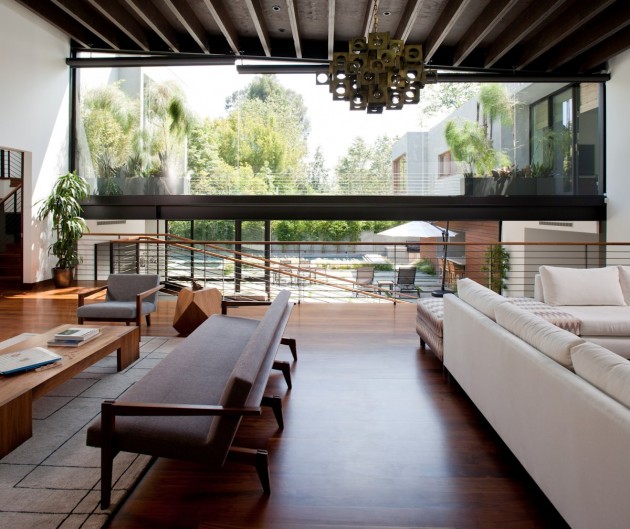 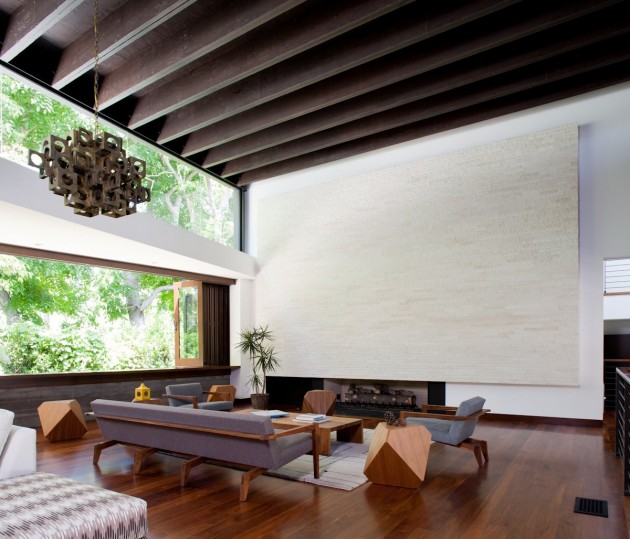 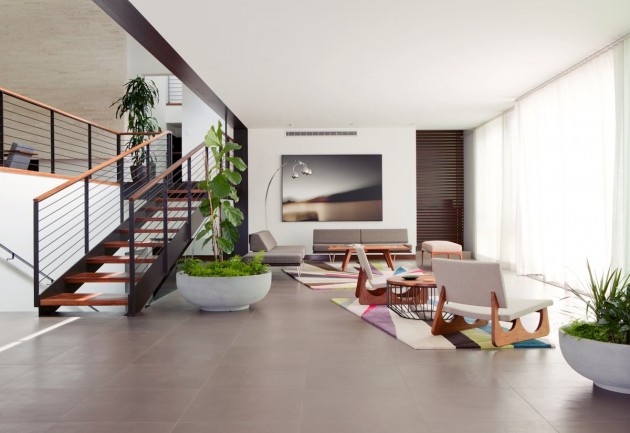 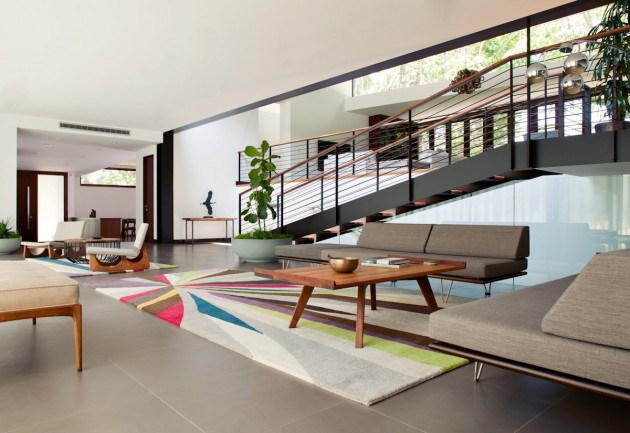 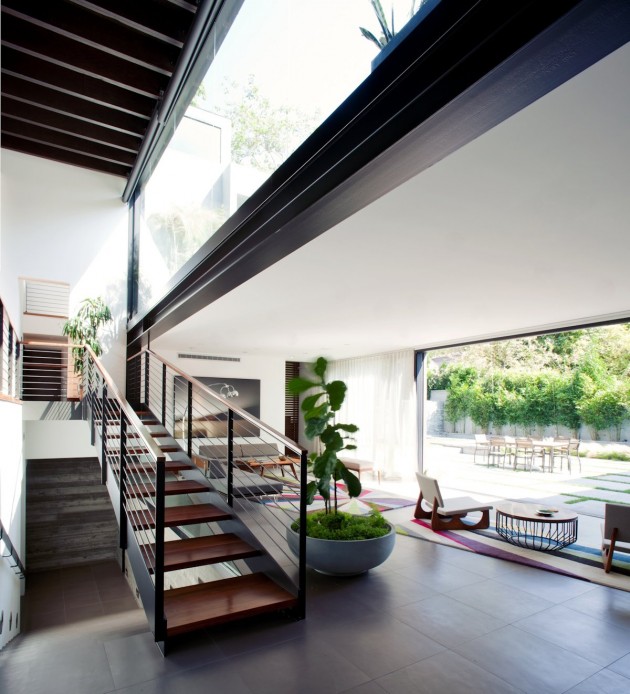 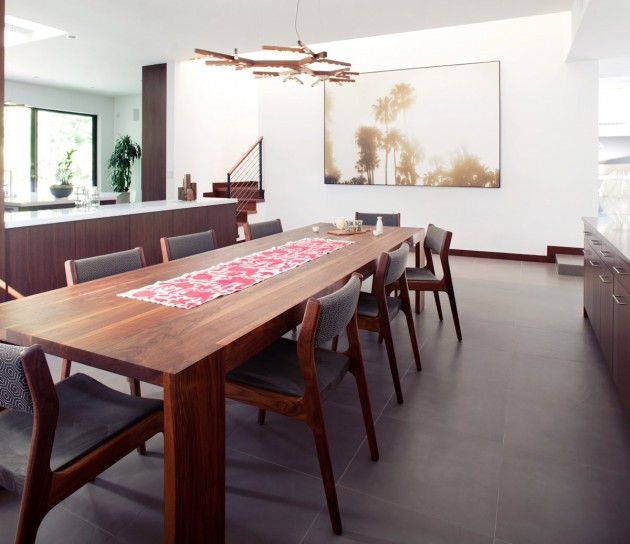 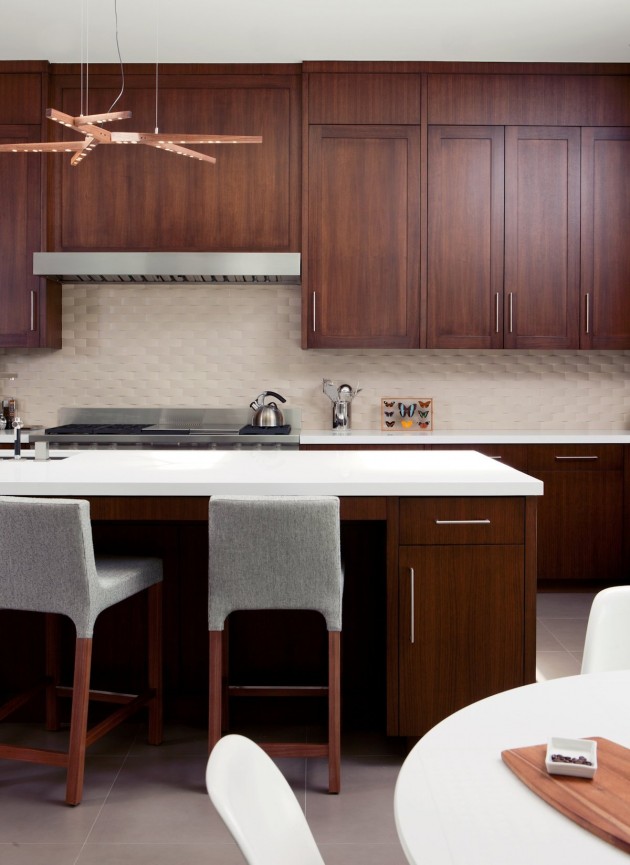 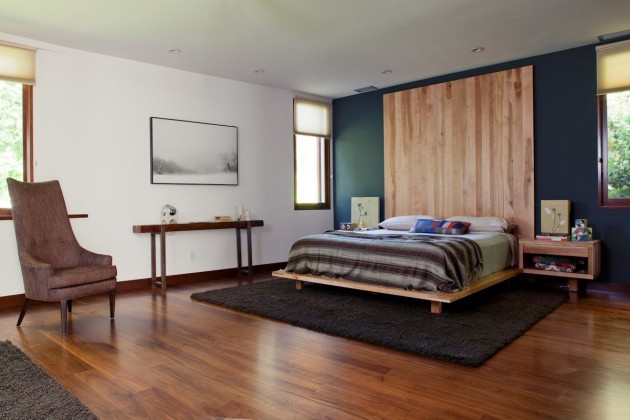 Located at the end of a canyon road, the San Lorenzo House responds to and engages its surrounding landscapes: an interior private garden to the south and the manicured fairways of a golf course to the north.

Following a careful zoning study, two interlocking “L-shaped” gestures emerged to formally and programmatically organize the house: an open and transparent enclosure, a veranda, (steel/glass) that incorporates the communal living spaces of garden, pool, living rooms and theater; and an opaque enclosure (stucco/cedar) that holds the basic form of the house and incorporates the private bedrooms and service spaces.

The large open living space is central to the organization and performance of the house; the space of exchange. Pocket sliding doors open the south wall to the garden and north facing windows unfold to view the fairways create direct connections to the exterior. These large openings passively cool the house and draw fresh air deep into the residual spaces to naturally ventilate the home.

Social exchange is expressed in section. An elongated formal stair links the terraced living spaces to the exterior and connects to the theater below. A pair of secondary flanking stairs provide access from the residual private rooms and service areas. These multiple points-of-entry produce a constant interchange between the family unit.