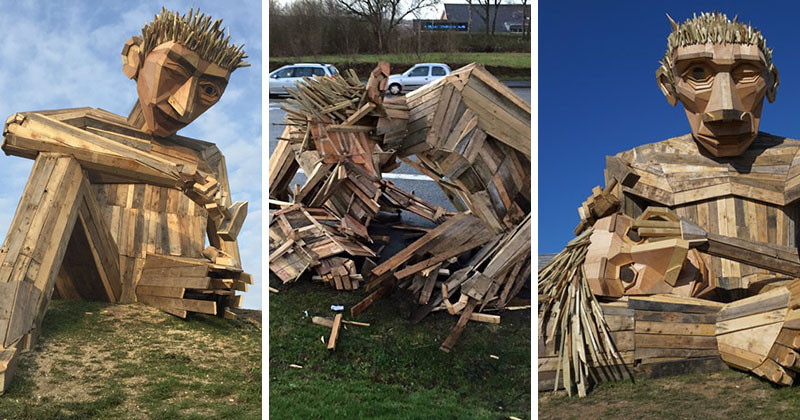 The sculpture’s name was Simon Selfmade. You can see in the photo below that it was a figure of a man, sitting on a small hillside, who was building his own leg. 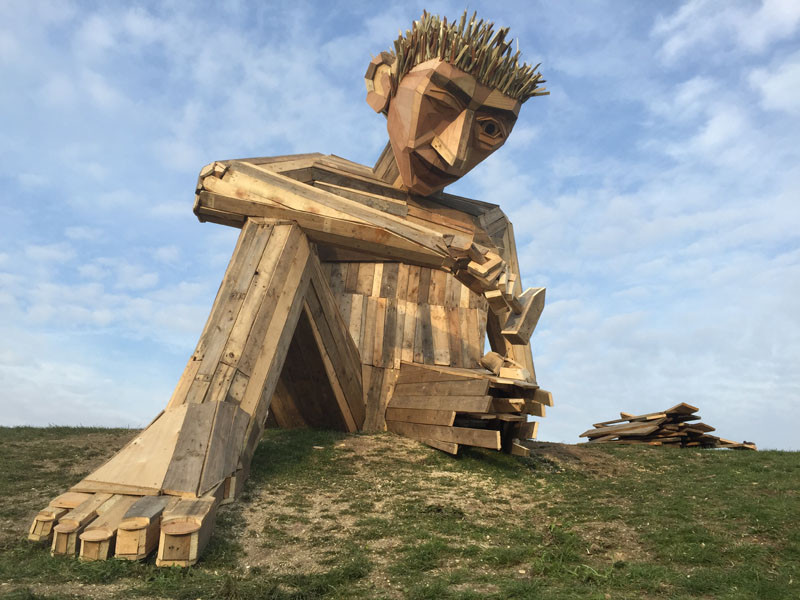 Everyone in the town liked Simon. 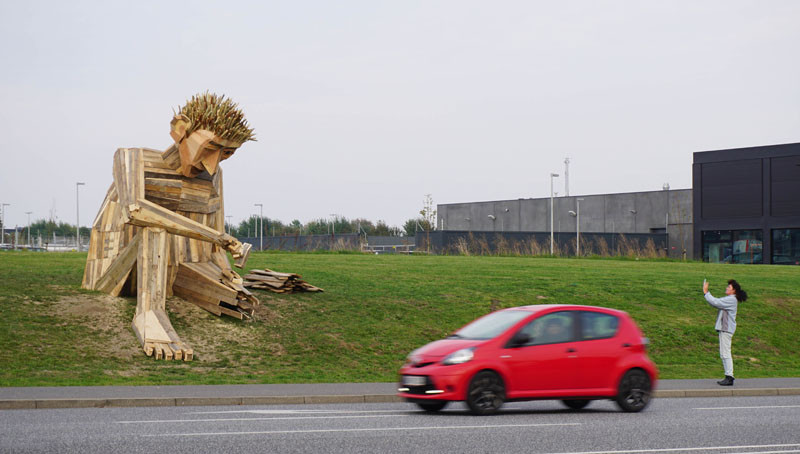 Then one day, a strong storm blew through the town, and left Simon in a pile of wood on the side of the road. 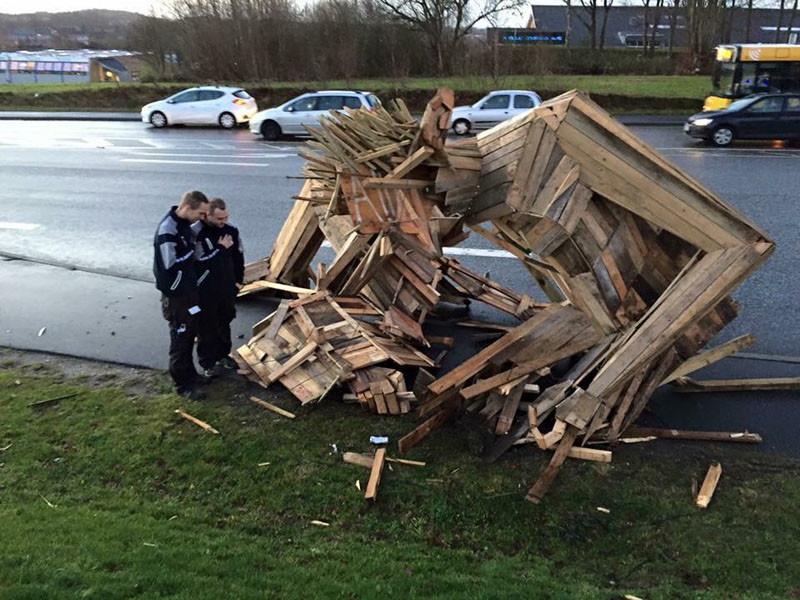 But fortunately the story doesn’t end there. Meet Anine, a 14 year old girl that loved the sculpture so much, that she was able to raise enough funds in two days to allow the original artist to return to the site and bring Simon back to life. 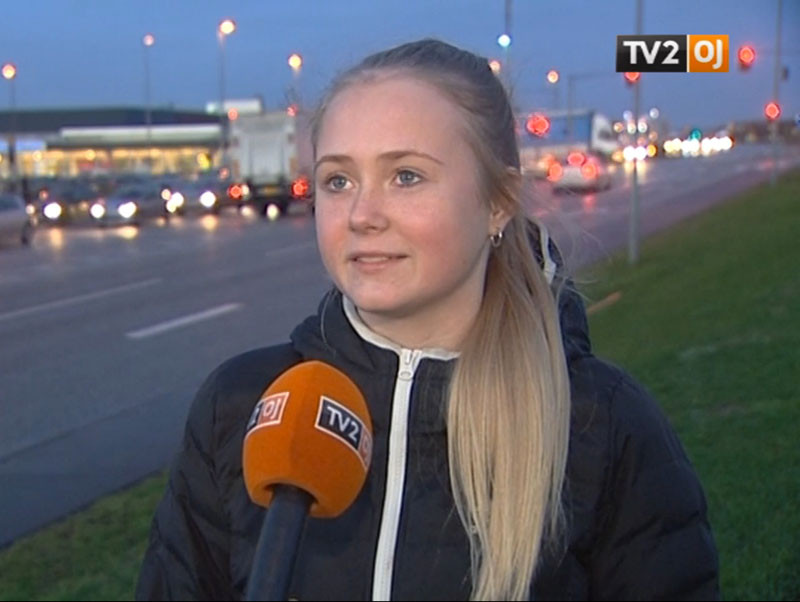 Anine and her friends got together, and helped Thomas (the artist) and his team rebuild Simon, using local scrap wood. 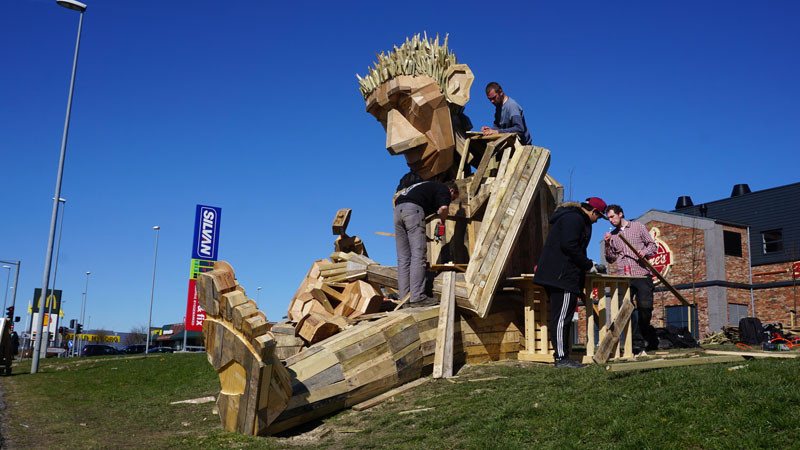 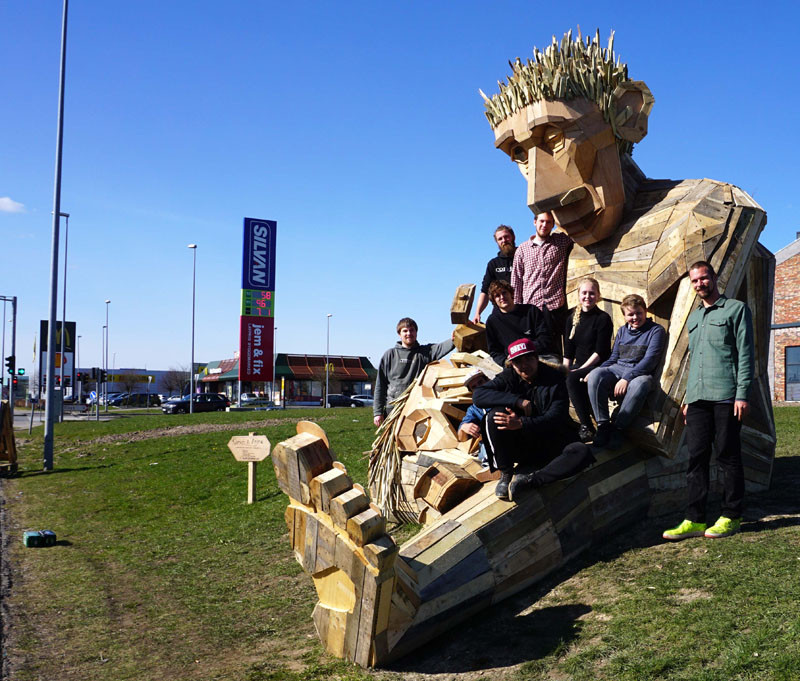 From being destroyed, and then brought back to life. 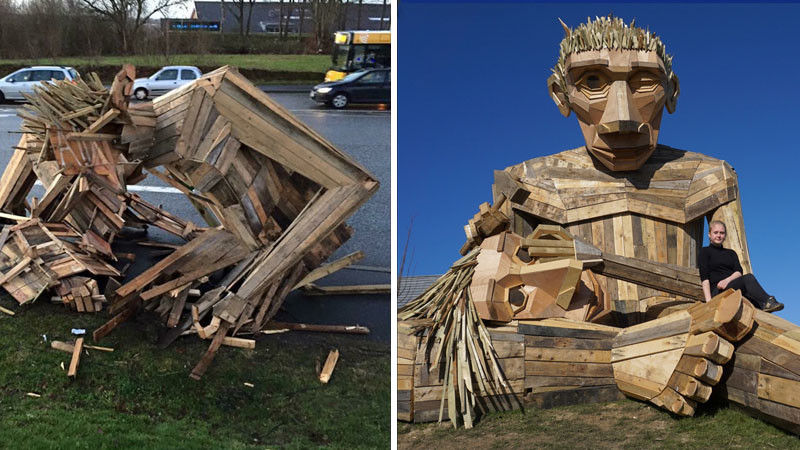 Simon (the sculpture) was apparently so happy after he was re-built, that he started to build a new friend. Now instead of the old sculpture, which was building himself, he is now seen building a girl’s head. 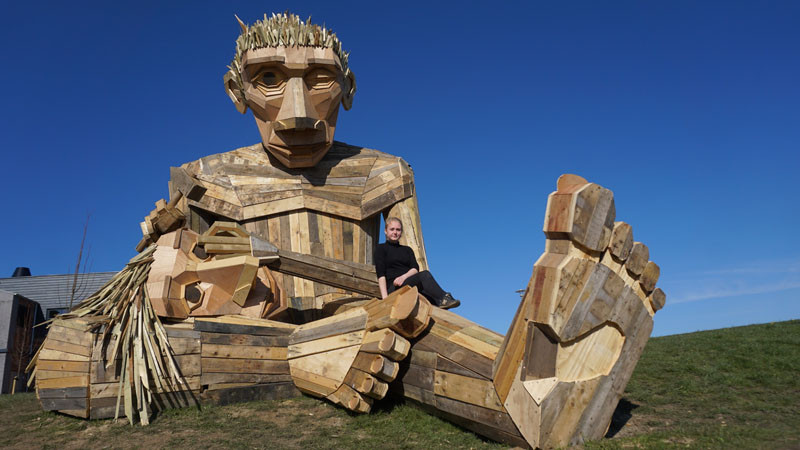 That new friend’s name is Anine, named after the girl who gave him life again. 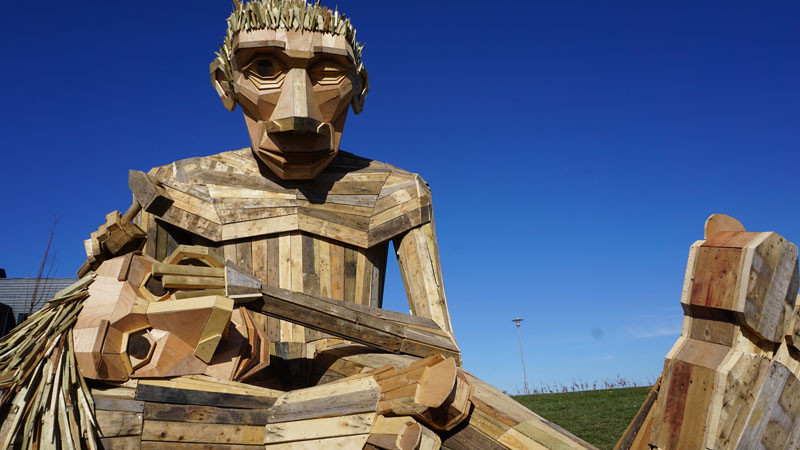