Simple Forms Are Balanced With Contrasting Colors In This Unassuming Home 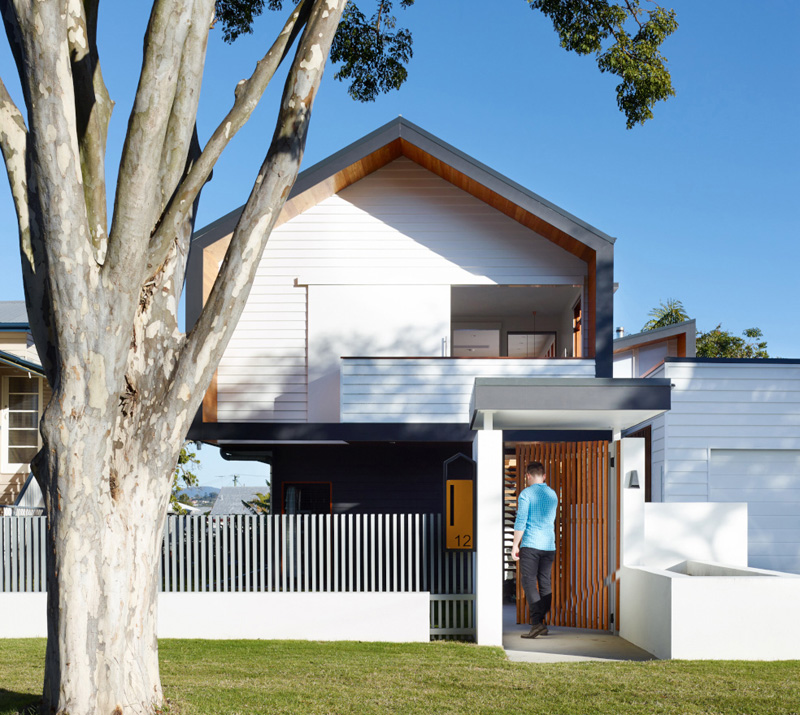 Australian architecture firm kahrtel, have designed the Nundah House for a family in Brisbane. 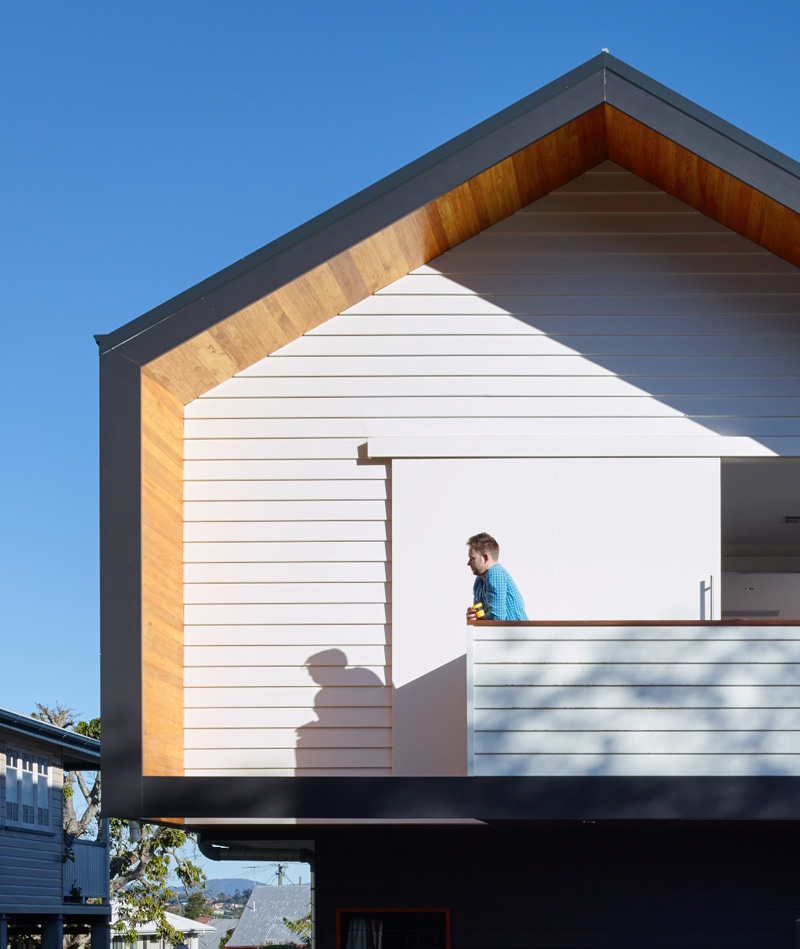 Unassuming in its appearance, this minimalistic residential dwelling negates the tendency for over detailing through the clever execution of simple forms balanced with contrasting colours. 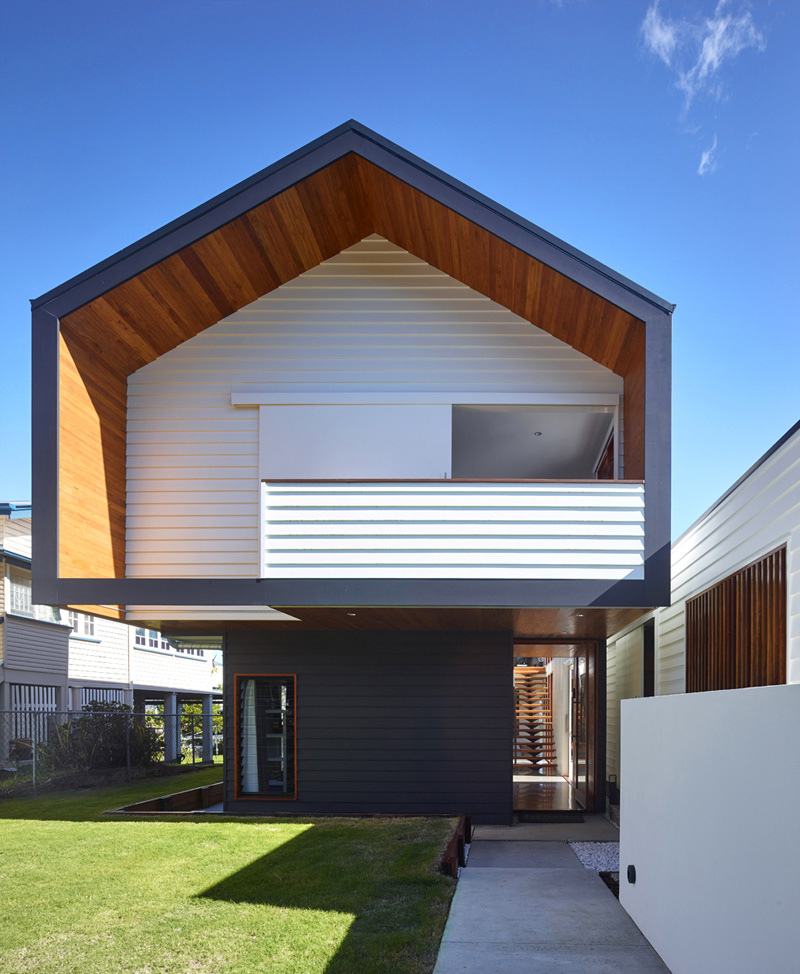 Located on a 700m2 block in the northern suburbs of Brisbane, Australia, the street itself is an eclectic mix of modern and Queensland vernacular character houses. With magnificent mountain range views due west and glimpses of the Brisbane city skyline to the southwest, the brief places particular focus on capturing these challenging vistas. 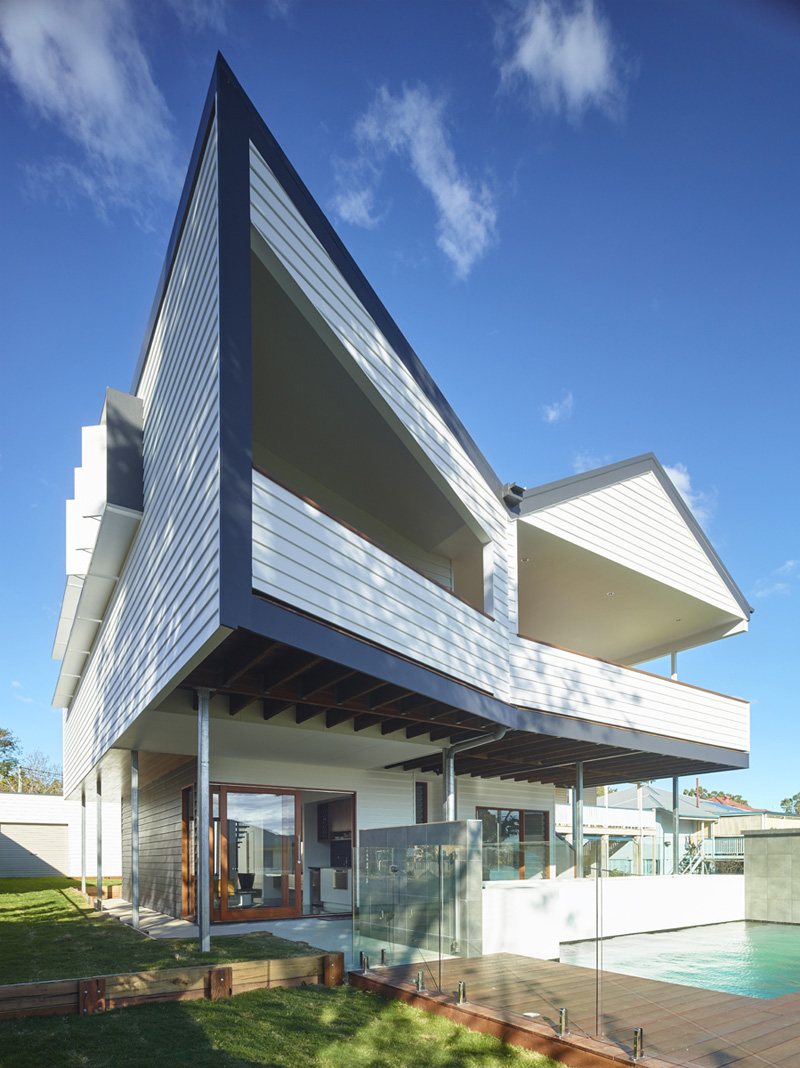 The house engages with this challenge by employing elements of surprise – large solid leaf sliding panels mixed with obscure openings that encourage the inhabitants to actively engage in framing the views. This treatment negates the need for unwanted blinds and curtains, adding an extra level of privacy from the adjoining properties. 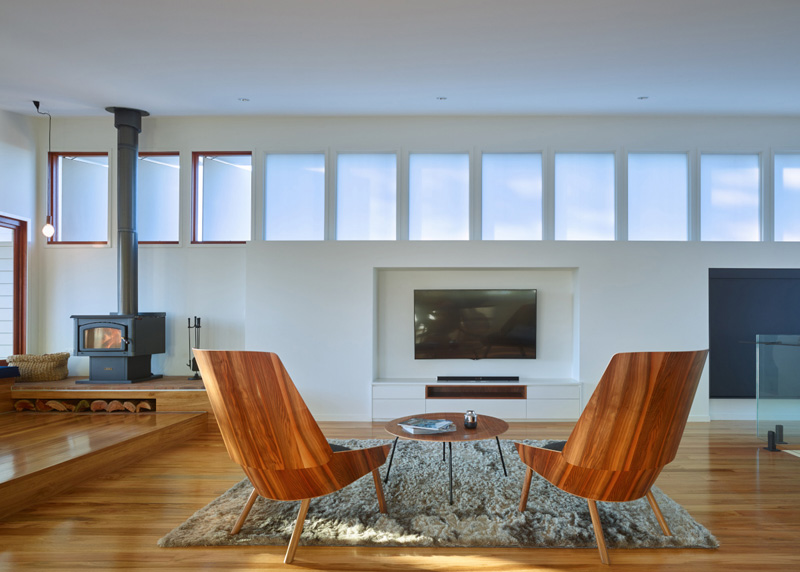 A hierarchy of spaces governs the user as they approach and enter the site, directing them towards the backbone of the home. Pockets of outdoor areas interject and accompany the internal layout, acting as prescribed buffers. At every opportunity the focus of the house has been to turn away from the site lines, to look out beyond the horizon, and soar above its surrounds. 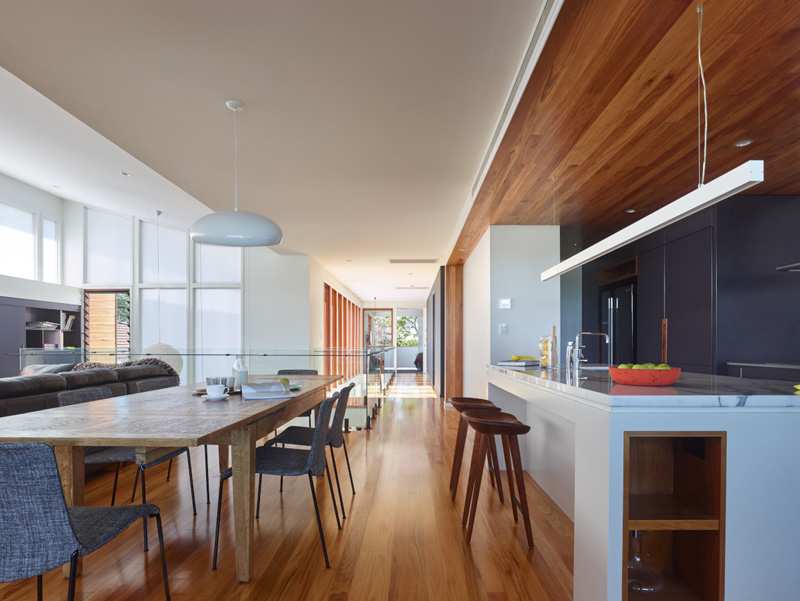 Combinations of colour and cantilevered forms strengthen the iconic outlined fascia of the front facade. Wary of how garages can tend to encroach on a house, the two volumes are deliberately separated, allowing the garage to perform its function and the house to stand proudly on its own. 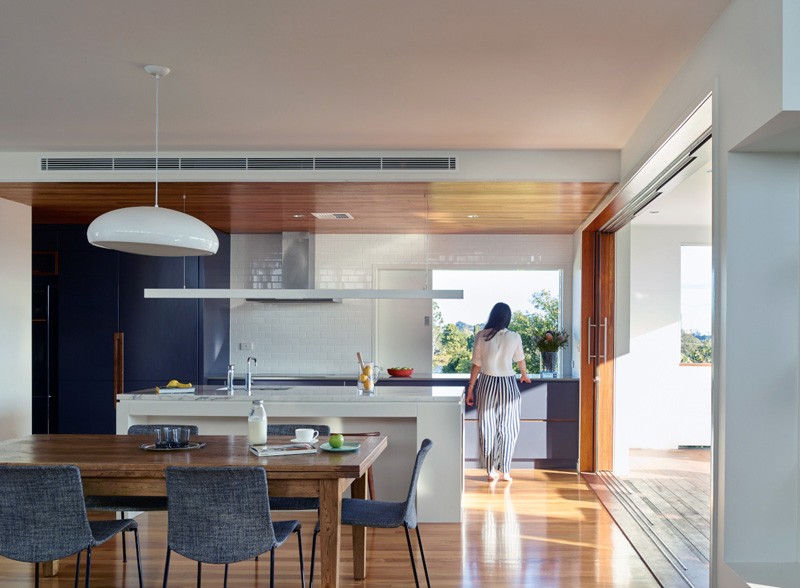 A simple material palette of crisp white, warm wood and a dark accent seamlessly weaves the interior and exterior together. 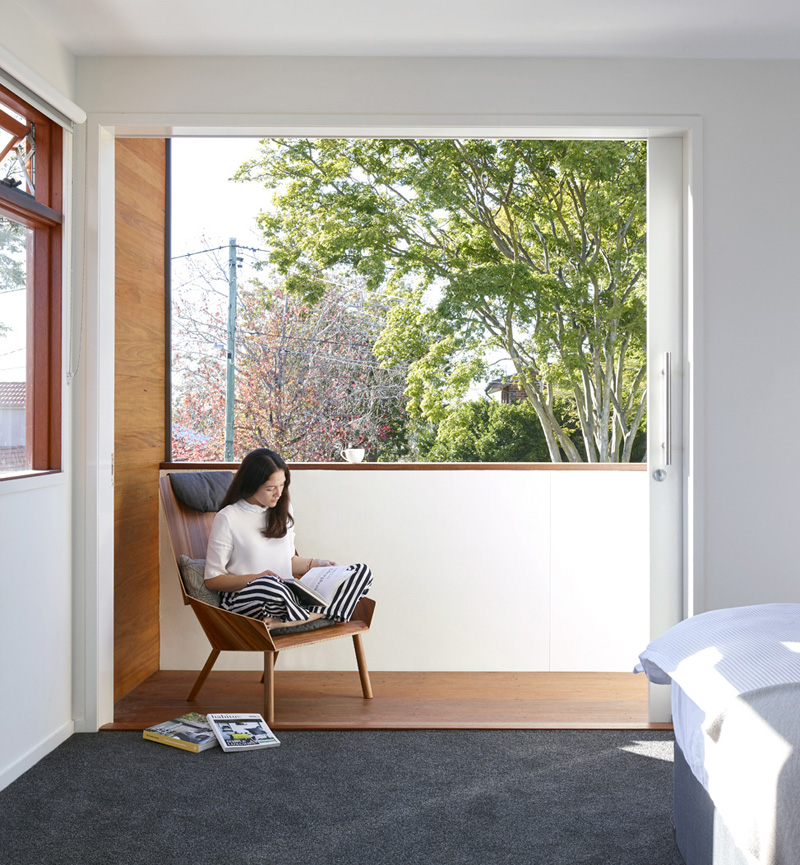 As dusk falls, the sun slips behind the mountains and illuminates the house through its translucent sheeting, which can be fully appreciated from the street. The house is as warm, as it is minimal. As surprising, as it is modest. The ability to share these moments, its context and environment, is sometimes just as important as the building itself. 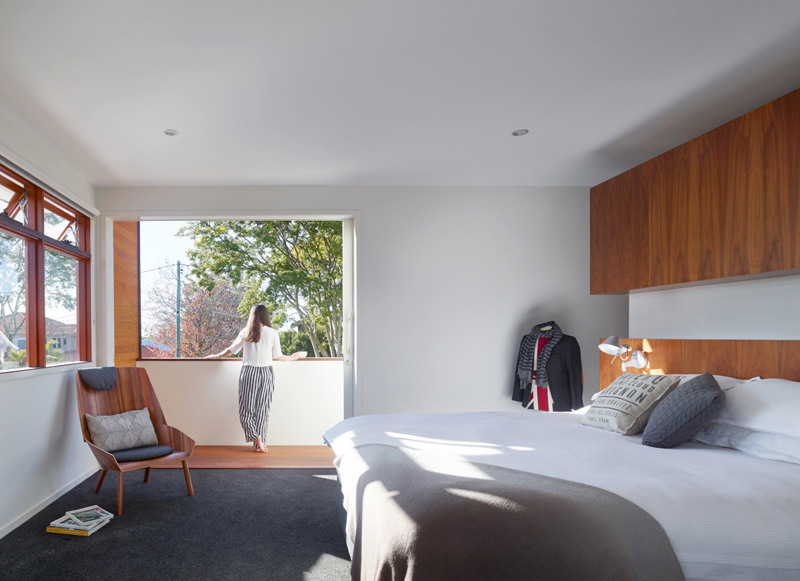