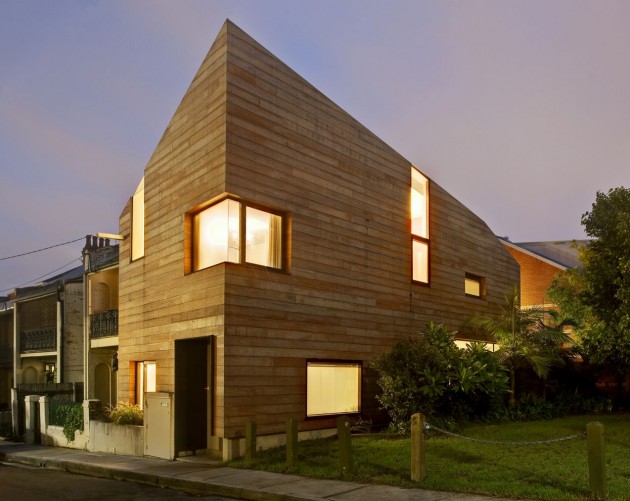 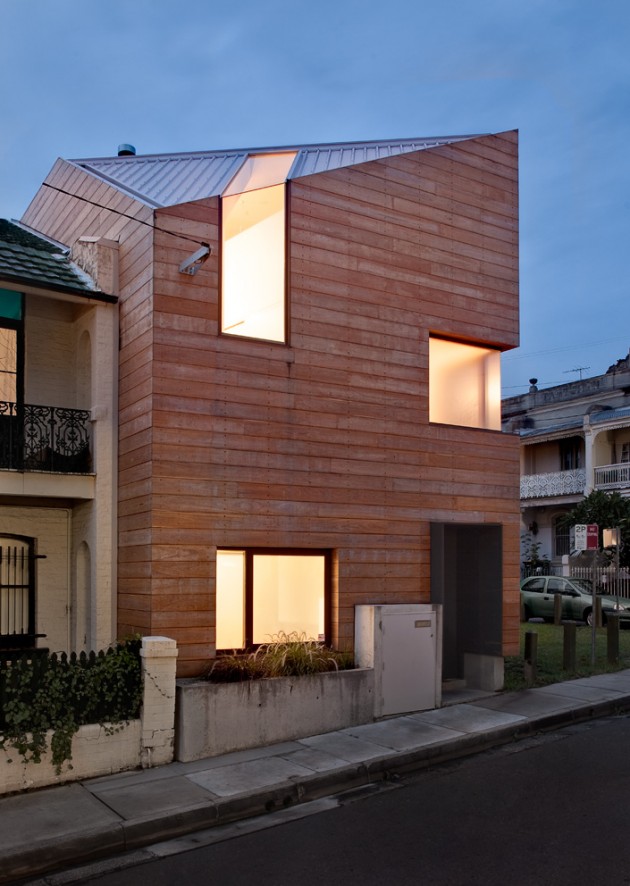 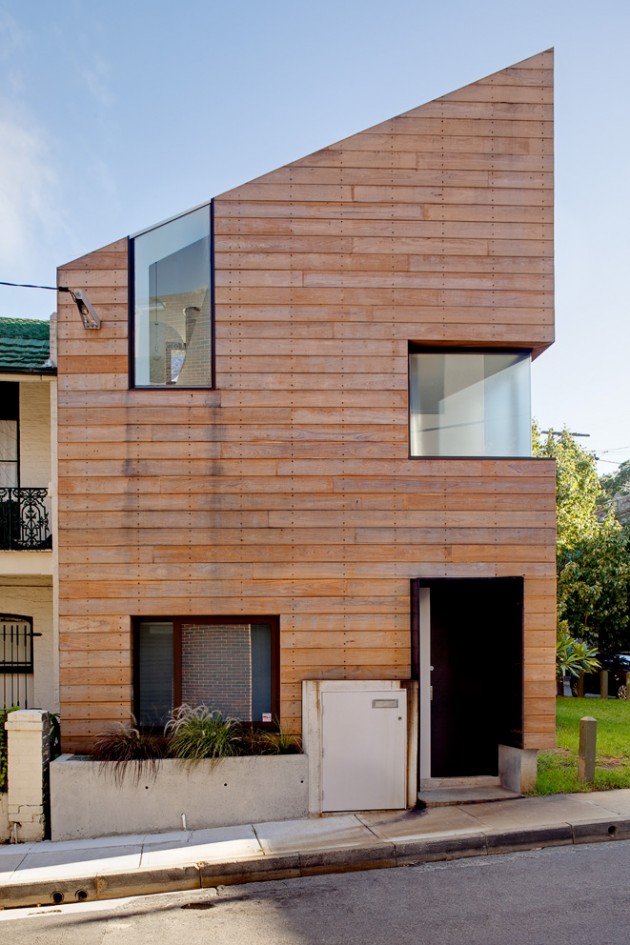 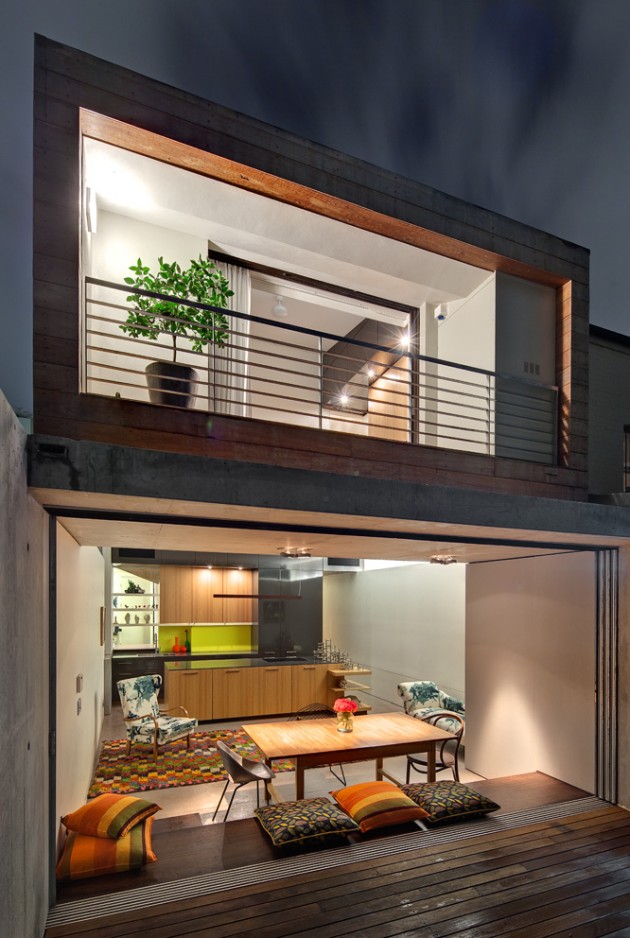 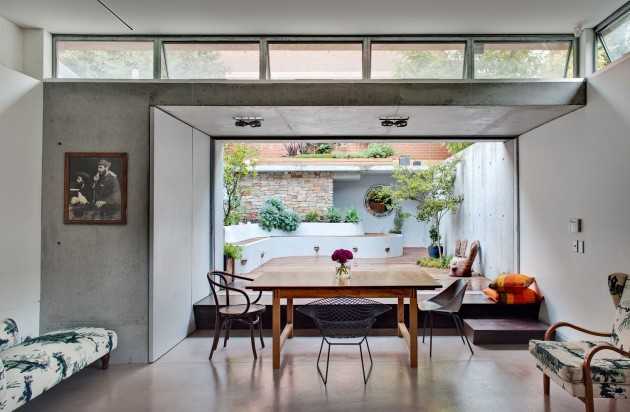 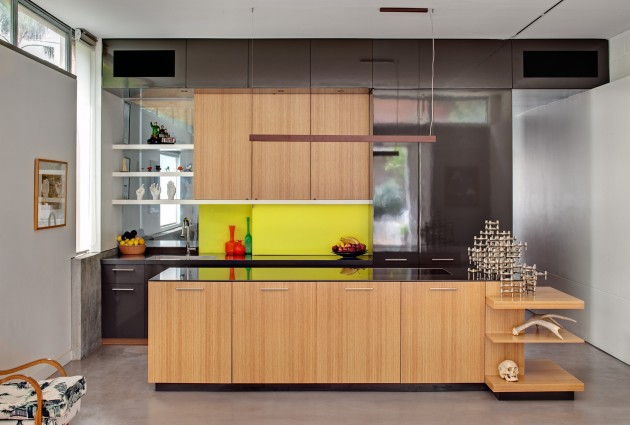 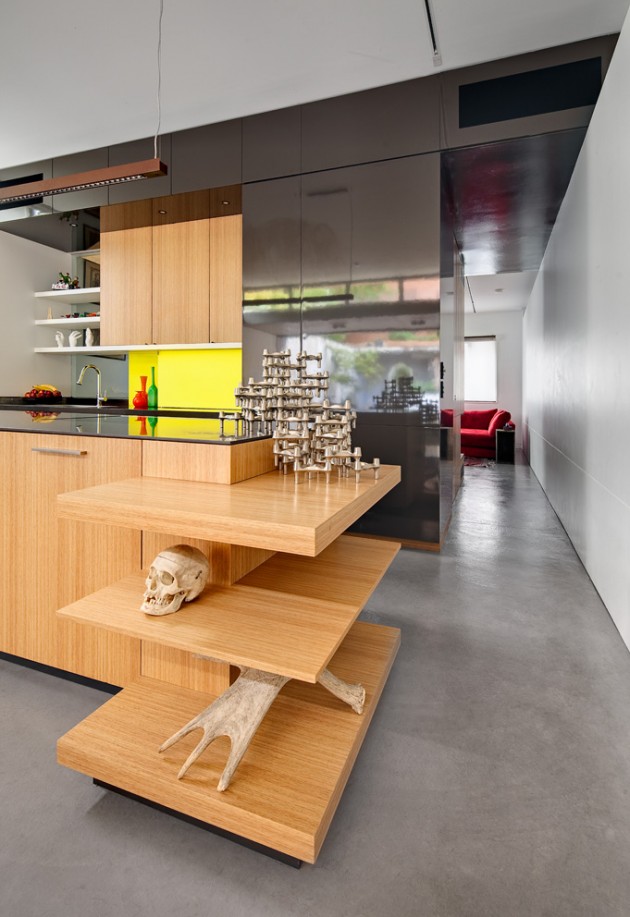 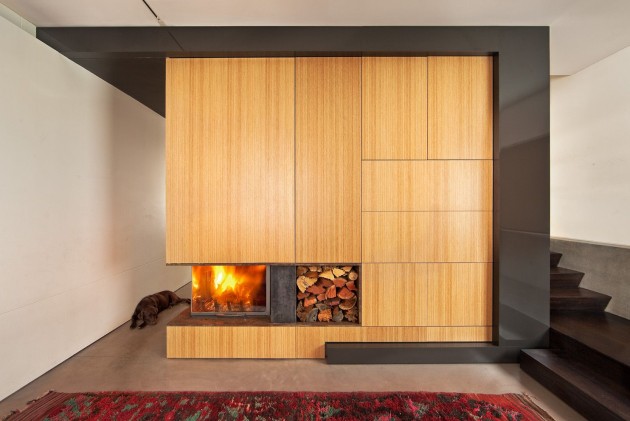 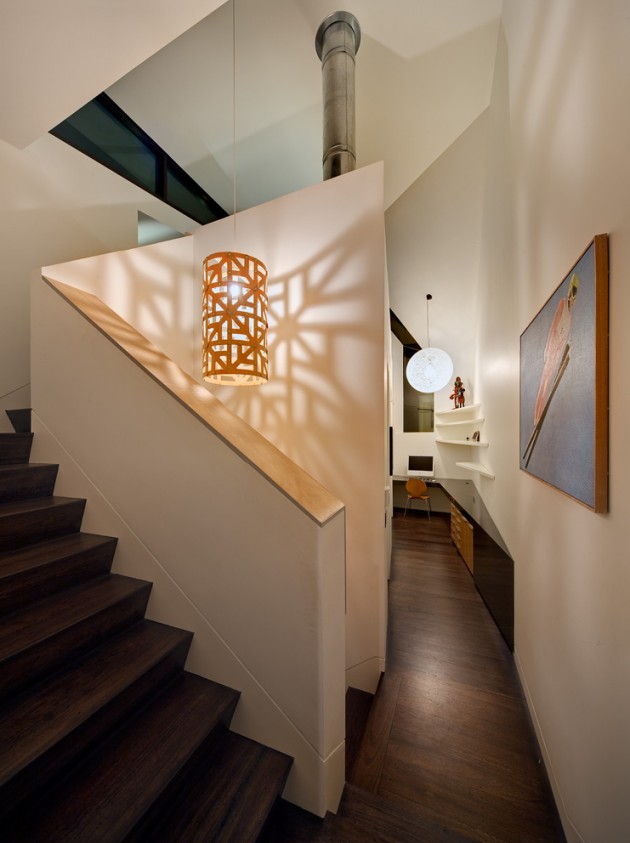 Despite having the advantage of a pocket-park to one boundary, this project presented an opportunity to revisit the terraced house typology. The kitchen has now become the central focus of a less formal contemporary house – with a cultural ‘need’ to link internal and external living spaces.

Besides book-ending the urban block and addressing the park, the architectural-form came directly from applying the numerical planning controls with the clients’ brief; and then manipulating this form to better respond to the context presented by the surrounding 2, 3 and 4 storey built-form.

Clad in Grey Bark (which is being left to weather naturally) the house makes reference to the original weatherboard cottage. The detailing is contemporary in the way the cladding appears to end abruptly against the sky, whilst the windows wrap around the main edges to articulate the 3-dimensional form.

The Client’s brief was clear – they did not want a white box minimalist house. Nor did they want a house that would dictate the style under which they should live. Visiting them for the first time to take the project brief, we observed that they had an eclectic collection of artworks, designer-furniture, industrial-junk and ‘objets-trouvés’. This diversity, combined with the brief that the style not dominate, seemed to lend itself to a more quirky/complex form (both internally and externally).

To maximise the ceiling heights and achieve 3 storeys, the site was excavated – which determined the need for a concrete slab and upturns – which like most of the materials were then expressed rather than dressed.

Entertainment (passive) is separated from entertaining (active) by joinery that wraps around the staircase – housing the kitchen, W.C./laundry and TV/Stereo/Data-storage. Timber flooring leads upstairs to “the softer” side of the house culminating in a carpeted rumpus/play space, in what would have been the attic in a traditional terrace. This space remains connected to the rest of the house by being a mezzanine/loft configuration.

From here the project became about creating a child-friendly house that had character and a story to tell. The house has already been dubbed ‘The Ark’ by the locals.

None of the ESD principles are directly expressed – but rather are fully integrated into the built form. This was a direct result of seeking not to fetishize these elements by presenting them as add-on “gizmos”.

A 10,000 litre rainwater tank (in the planter/seat) supplies W.C.s, laundry and irrigation. There is no air-conditioning, cooling happens naturally using good passive ESD principles, and clerestory windows are computer controlled (linked to wind/rain/temperature sensors) whilst north-facing windows are shaded as part of the external form. An ‘open-fire’ with vertical sliding glass that enables its’ conversion to a combustion heater. Any excess heat generated in the space immediately above the fireplace is then collected and pumped into the bedrooms. Hot-water is gas-boosted solar and all timber products came from certified and sustainable yield forests.

We were luck to have a great team of collaborators/builders to assist in delivering a project that is excellent value-for-money and loved by the locals.

The form of this family house in Redfern was driven almost entirely by the height, scale and topography of the surrounding urban context and of course the Client’s requirements.

Clad in Grey Bark, an incredibly hard timber, the house makes reference to the weatherboard cottage that sat on the site previously. The detailing is contemporary in the way the cladding appears to end abruptly against the sky, whilst the windows wrap around onto the roof to articulate the 3-dimensional form.

Internally, entertainment (passive) is separated from dining/kitchen/entertaining (active) by joinery that encloses the staircase and houses the kitchen, a laundry, all the TV/Stereos/Data-storage etc. and a W.C.

Timber flooring leads upstairs to “the softer” side of the house – which culminates in a carpeted rumpus/play space in what would have been the attic in a traditional terrace – but this space remains connected to the rest of the house by being in a mezzanine/loft configuration.

The project became about creating a child friendly house that had character and a story to tell. The house has already been dubbed The Ark by the locals.