Stonehawke House by Base Architecture

Base Architecture designed the Stonehawke House in Brisbane, Australia. 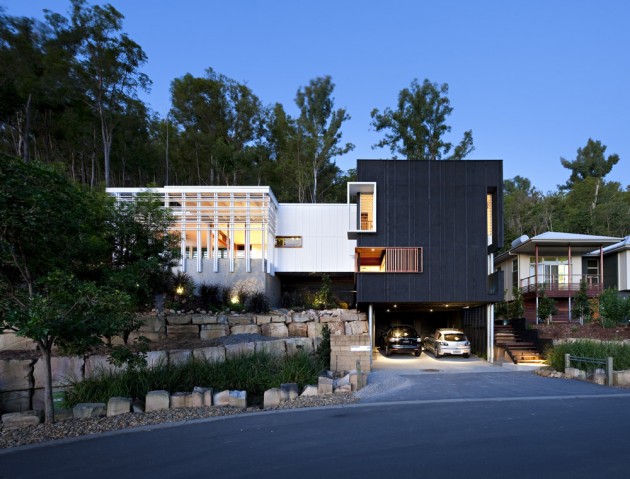 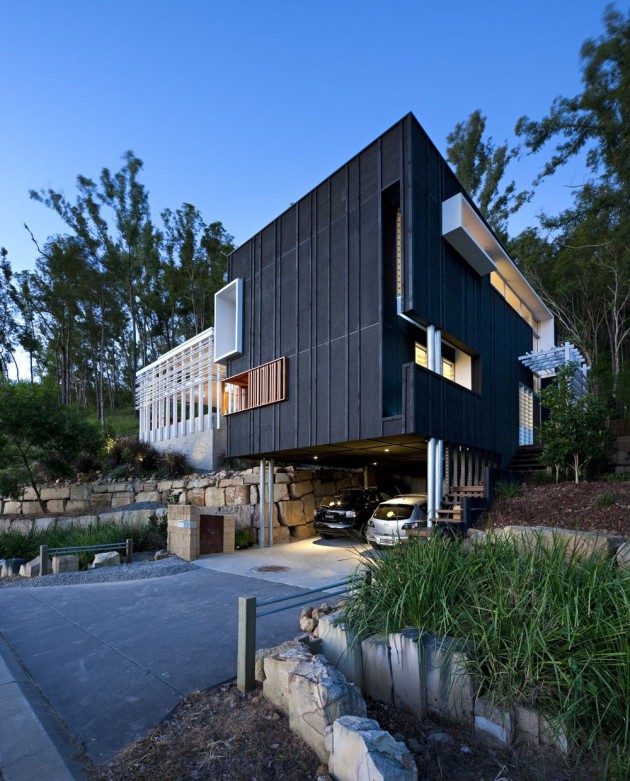 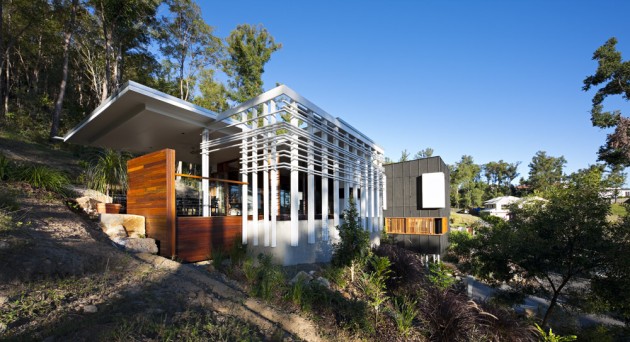 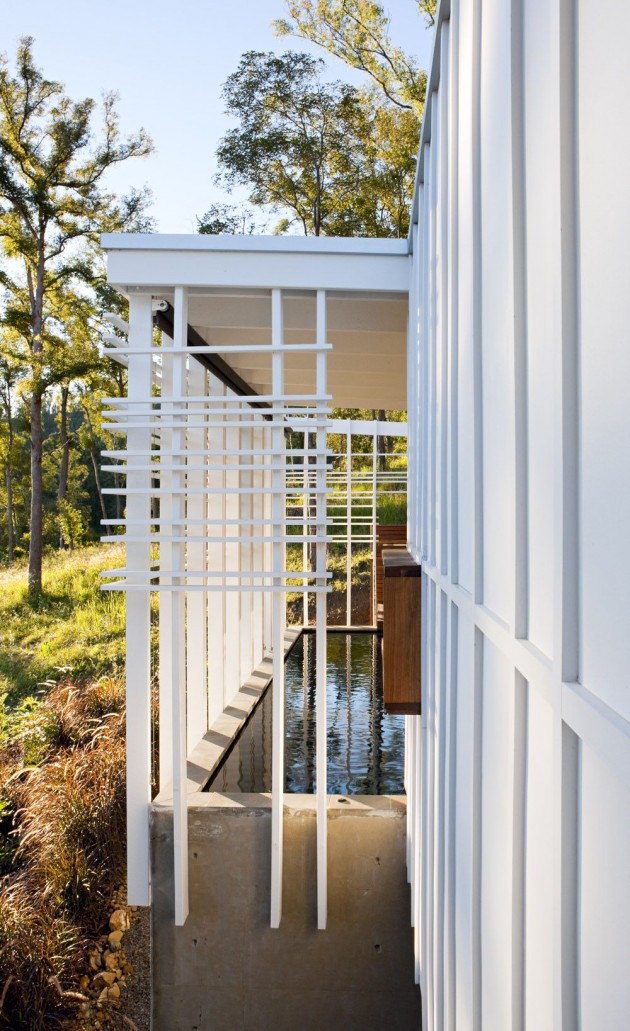 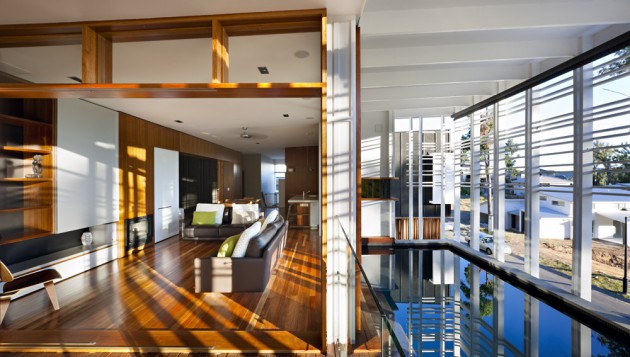 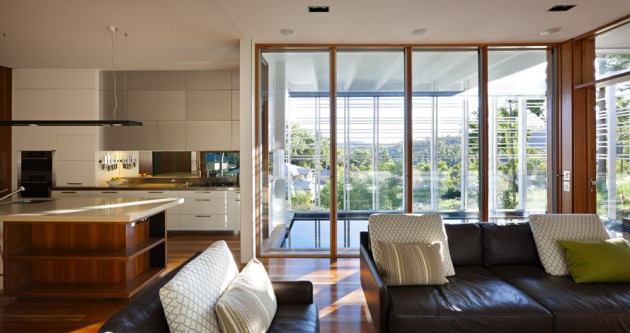 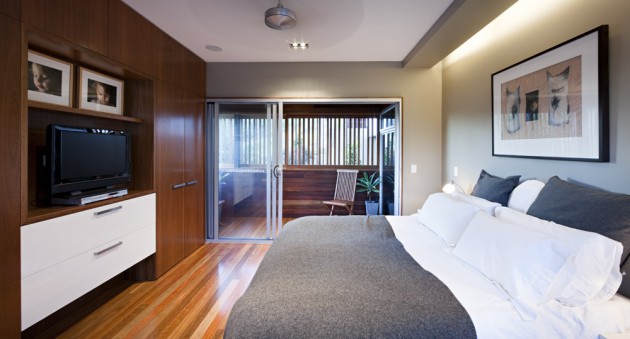 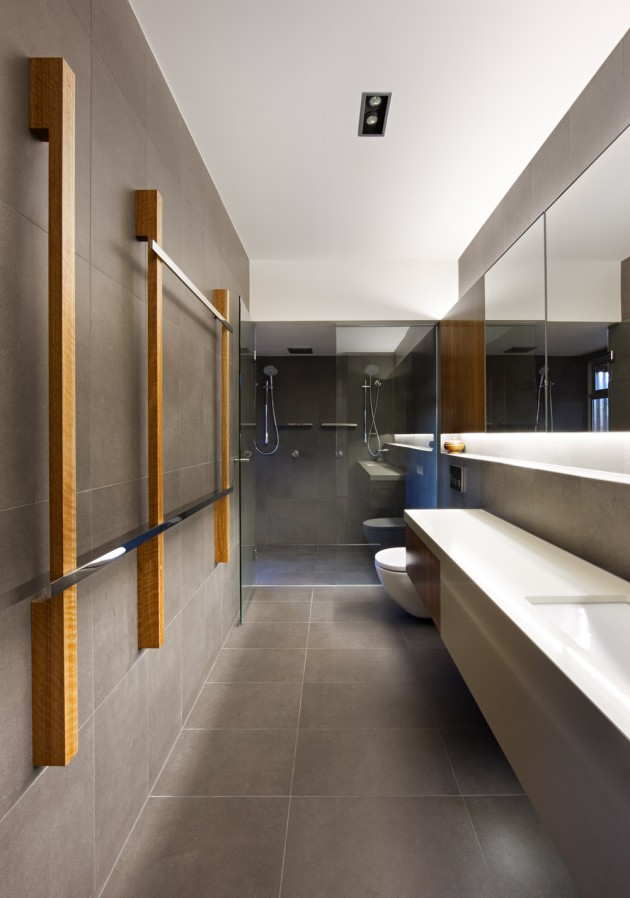 Recently developed there are 29 lots in total, each benefitting from a sensitive approach to the surrounds. From natural overland flow and stormwater control to Flora and Fauna friendly fencing this enclave of lots invite the inhabitants in.

Of the 29 lots, 5 (including Lot 16), have many constraints and covenants attached aimed at protecting the micro climate of that particular site.

Lot 16 is wedged into the side of a hill and nestled into a large parcel of heavily wooded environmentally protected land. This charred box protrudes horizontally like fallen lumber. Solidly grounded into the site, the body of the house wraps itself around an ‘out of ground off form concrete pool’ that also reflects the charred timber in its internal finish.

Having such organic and raw materials in the natural surrounds of sandstone rockwork and various species of native tall trees it was important to reflect this in the form and materiality of the houses’ appearance. With this language the cladding and structure has been represented accordingly with rough sawn stained plywood, galvanised steel and combinations of horizontal and vertical sections mimicking the tree forms.

From this point it was critical to both soften and refine the palette to the interior detailing whilst being mindful of the importance of the cohesion and notion of interior to exterior. Once formally inside the occupants are transferred both visually and physically between this notion as the house opens up with counter balanced glazing systems and sliding external glass walls.

With an abundance of native timbers surrounding the house it was an easy decision to utilise this warmth internally in the form of Australian spotted gum. The timber was used for flooring, joinery and windows/doors.

As an occupant of the house a central entry off the car space leads to the first level entry point (where visitors would be greeted), and voided space that leads either off to the parents retreat or further ascending to the centre of the main body of the house. Although from the street it appears to be a 3 storey house, 90 percent of the program happens on the top level that also happens to be level with natural ground due to the slope of the site.

A minimal interruption into the natural lay of the land has created a secluded and protected flat grassed area for the sole purpose of kids play and exploration up the natural stone walls and into the intrigue of the bush setting to the rear.