Watch what happens when stroboscopic patterns are put onto spinning eggs 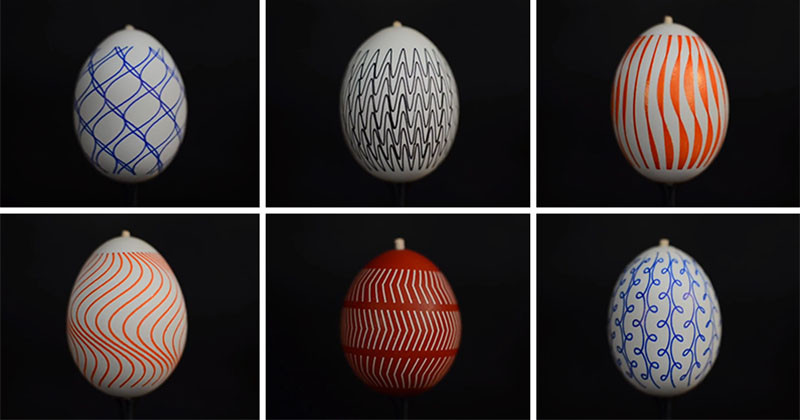 Designer Jiri Zemanek and his team at AA4CC have created a variety of stroboscopic patterns that they then draw on to eggs. Once the eggs are turned, the patterns come to life.

Here’s how they did it…

First, they designed the desired graphic pattern in a computer program.

Next, the design is transformed into code, that is then uploaded to a device called an EggBot, which is a machine that can draw on most spherical objects. 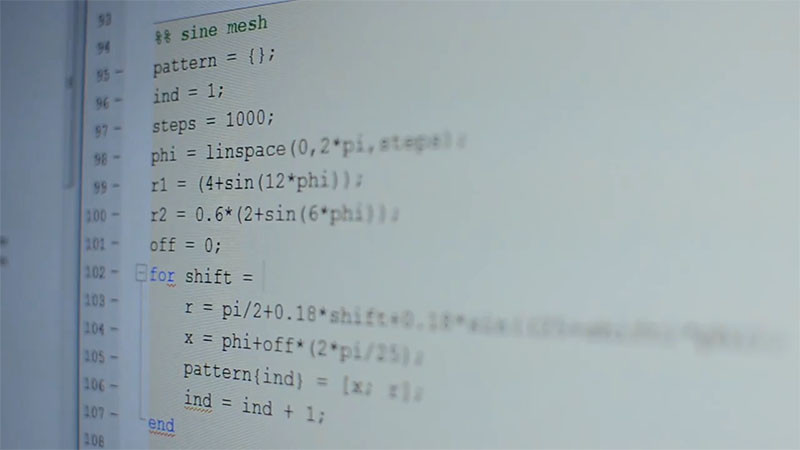 Next, a hollowed out egg is placed onto the EggBot…carefully 🙂

Then a marker is positioned and clamped, ready to start drawing. 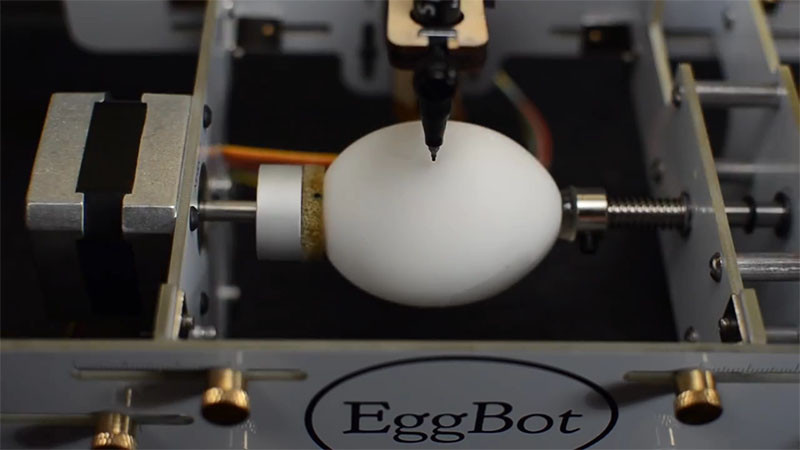 The EggBot, using the pre-programmed code, tells the marker what pattern to draw on the egg.

Once the pattern is finished, the egg is placed on a turning device. 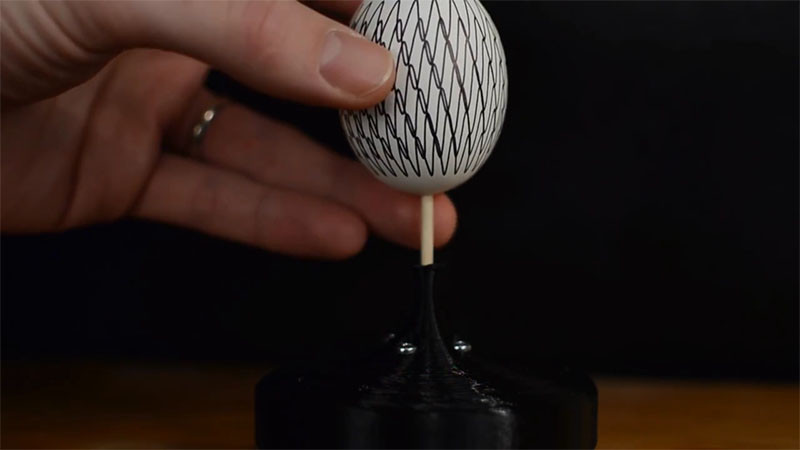 When it turns, the pattern on the egg comes alive, and appears as though it is moving.

Here is another example…

Watch the video below to see more designs they created.