BCV Architects have designed a ski cabin located at the top of the Sugar Bowl Ski Resort in California. 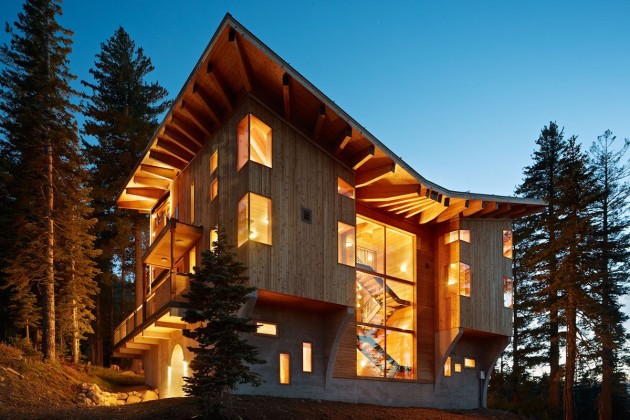 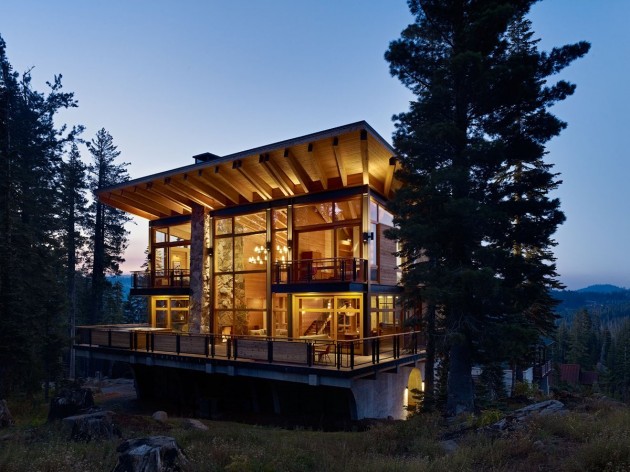 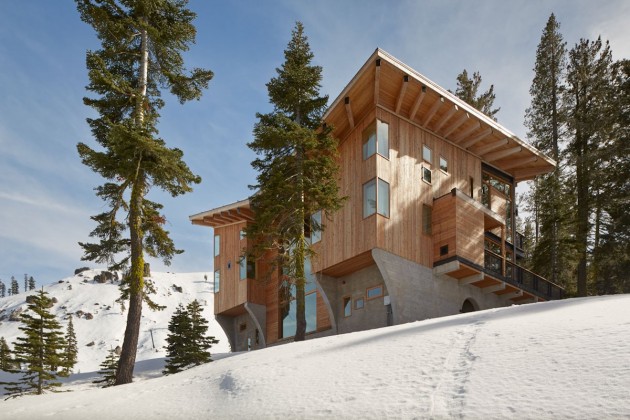 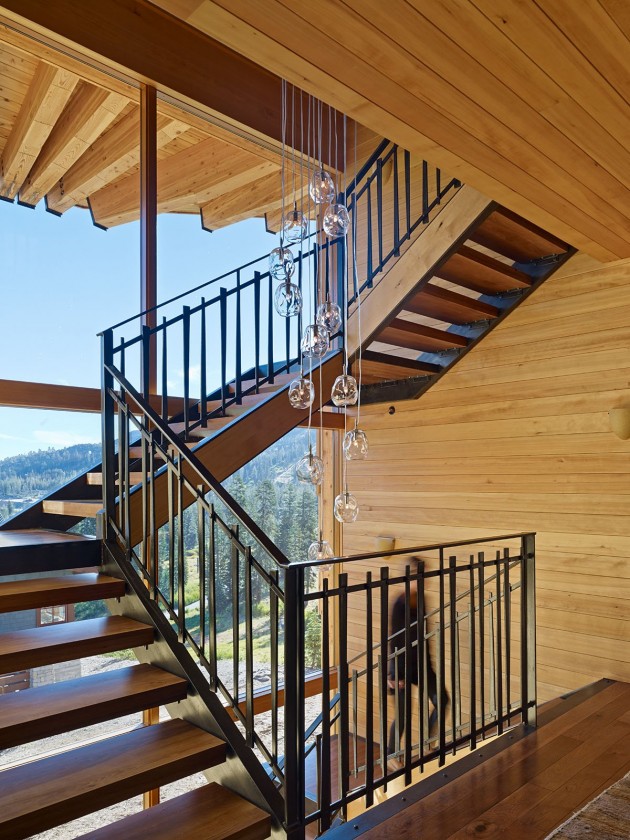 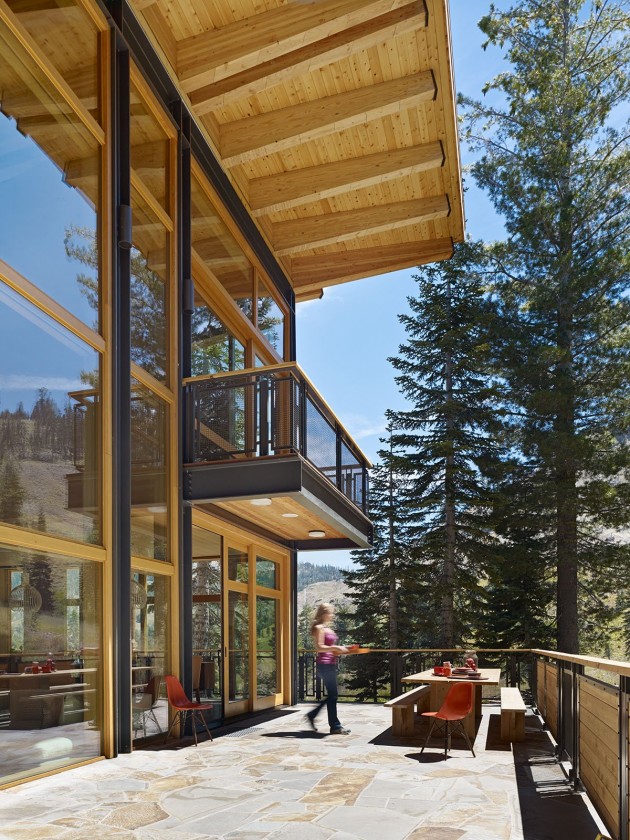 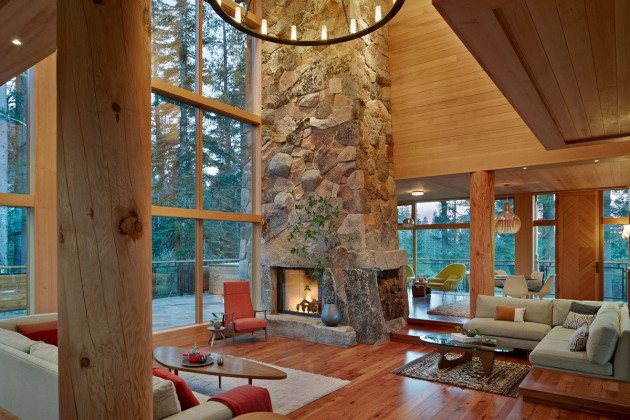 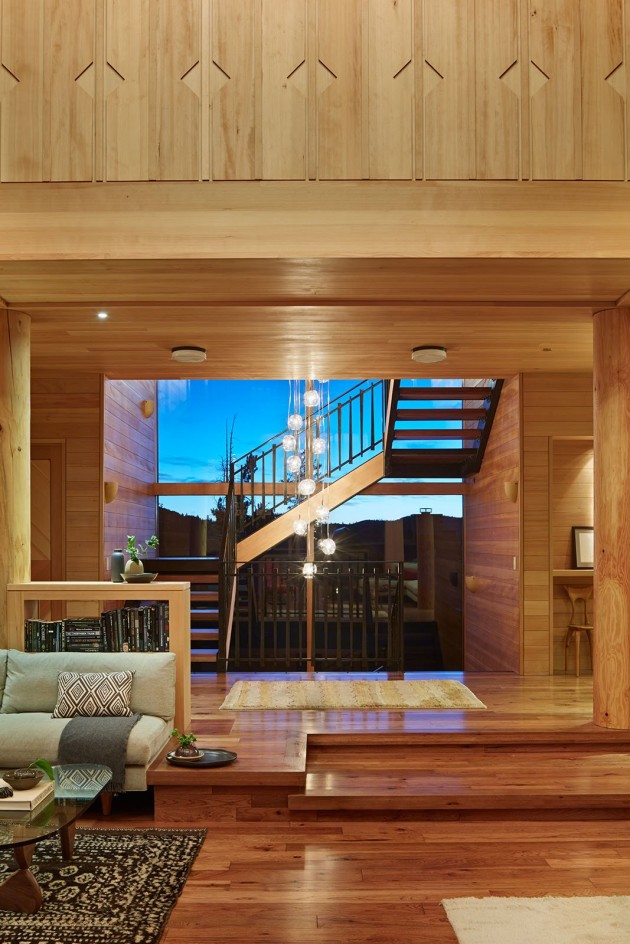 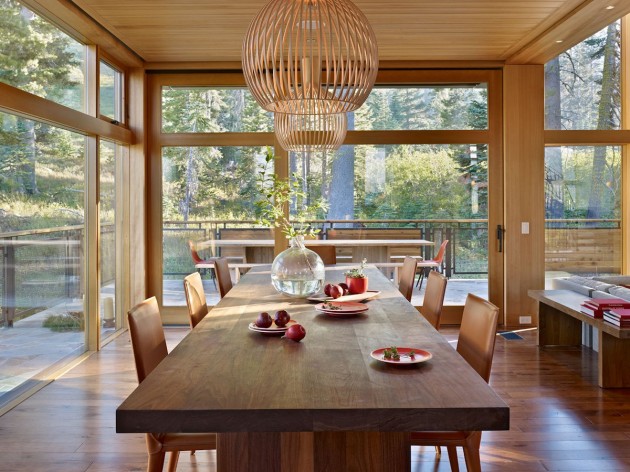 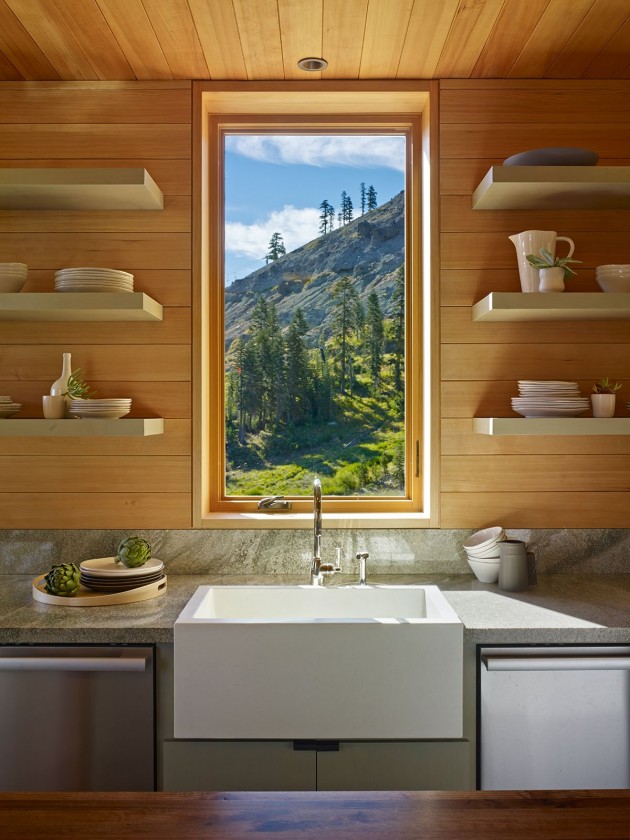 The Crow’s Nest is a ski cabin located at 7,080 feet elevation, on the mountain of the same name in the Sugar Bowl Ski Resort. Anchored on the slope, and responsive to its setting, the cabin design explores the intersection of classic modern aesthetics, craft, and the extreme climatic conditions of the site.

Sugar Bowl resort is located at historic Donner Summit in the Sierra Nevada range. The Ski Resort, founded in 1939, is one of the oldest in America. The climate and topography around Sugar Bowl makes for unusually heavy snowfall, and its relatively small residential village (112 home sites) is snow-bound through the winter. The Crow’s Nest is perched on one of the highest sites in the resort and is a true ski-in, ski-out cabin, located substantially higher in elevation than many of the ski lifts.

The clients, who have four young children, were interested in creating a cabin that would be a gathering place for generations, prioritizing social space over bedroom space. The qualities of “nesting” and entertaining were discussed. A particular requirement was to orient the house to take advantage of the privacy created by the uphill forest, with a goal being able to celebrate the house’s presence in the forest, with a maximum of transparency.

The ground floor is defined by an axial nave of arched openings through the heavy board-formed concrete diaphragms that establish the structural grid of the cabin. The ski-in/ski-out entry, sauna, ski room, laundry and movie screening area are all spaces designed to be nearly or completely buried in snow, with paths dug to the access points, as is the tradition at Sugar Bowl.

The concrete ground floor is reminiscent of the old ground levels of European ski chalets while the cantilevered deck supports make emphatic that this cabin perches on the land. The plan of the cabin is almost square, thus minimizing its impact on the land. As a nest sits on a tree or a rock outcropping, the main and upper levels of the house rest on this concrete base.

The vertical movement through the house is accomplished with a three-story steel staircase on the North side – which is framed in a giant window with views of the mountains to the North. This large window contrasts with the other relatively small ‘punched’ openings on this façade, and allows for a sense of transparency all the way through the house. The stair is seen as both the social crossroads of the house and a tactile expression of the craft and exhilaration we strove for in the architectural expression of the residence.

The main level is organized around a double height living room, anchored by the chimney mass that grows out of the concrete plinth below. This room brings the size and scale of the forest inside through both the view of the evergreens and the log columns that hold up a great cantilevered roof. The lower ceilinged dining room and library open off this main space providing multiple opportunities to socialize as a large group or to break off to smaller gatherings. The cantilevered deck, which is sheltered by the projecting roof structure, is an extension of this floor, and extends out over the slope on three sides.

The roof is composed of a radiating series of glulam beams designed to take the massive snow load of over 400 lbs. per square foot live load. The roof form holds the snow it receives – thus creating another nest. This approach was taken both for additional insulation and to be able to access three sides of the house with a minimum of concern for snow and ice impacting those sides. The extension of the roof over the Southwest-facing deck shades the house in the summer and allows for passive solar gain in the winter.

The upper level of the house is the most private, containing four bedrooms – two principal bedroom suites and two bunk rooms. These rooms are arranged around the music loft which overlooks the living room and stairwell, providing a sense of connection to the social activity of the main level.

The Crow’s Nest is designed to express the materials of which it is constructed with an emphasis on natural finishes – in the belief that the beauty of nests is rooted in the way materials come together to form an integrated whole. As a nest, the house is a product of the landscape that surrounds it, yet distinctly and cohesively recognizable as a discreet form within it.