The Kent Road House By bureau^proberts

The house was renovated from a simple cottage with a 60’s extension into a contemporary home with a living area that is designed to maximize the available light and space. 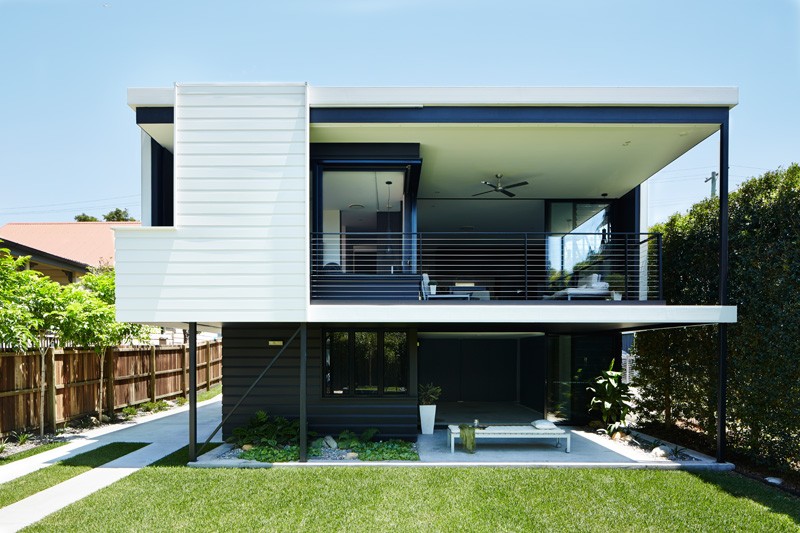 The description from the architect

Located in the north Brisbane suburb of Wooloowin, Kent Road residence is a contemporary extension to an existing character residential cottage. Originally constructed in 1906 and extended in the 1960’s the renovation included recladding and finishing the existing cottage, demolition of the ageing extension, and construction of a new two storey wing at the rear. Incorporated in the build was a new kitchen, master bedroom and outdoor living space at the upper level, a gymnasium and garage at the lower level and an internal stair to connect the spaces. 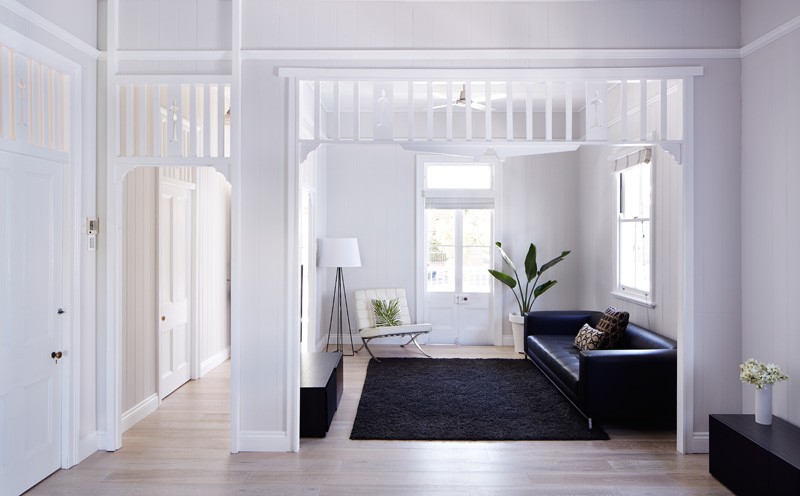 Important to the brief was that the character of the cottage was retained and that the extension utilized sympathetic materials to the original. The response is a simple weatherboard clad extension broken from the original cottage by a louvered breezeway that extends into the rear yard of the small lot. A hint of the extension is visible from the street as it pears out from behind the cottage while the scale is restrained so as to not dominate original dwelling. 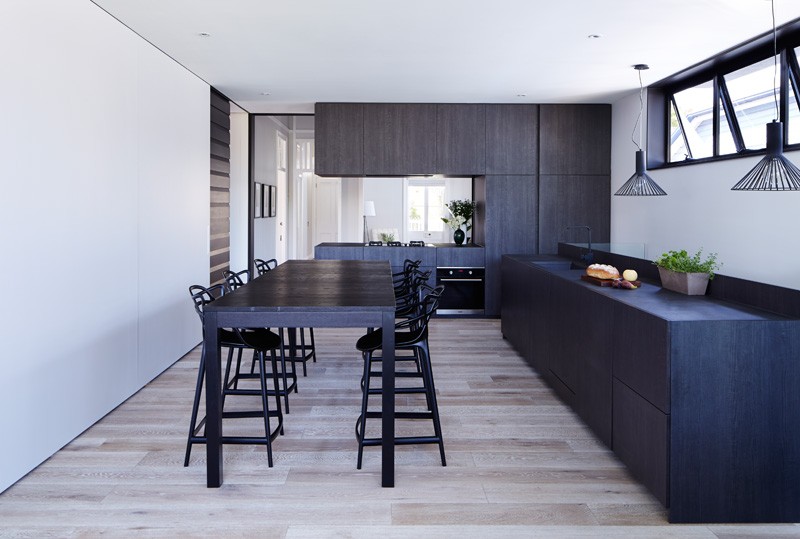 A strong connection between inside and out was an integral part of the design. Achieving this required fixed and sliding privacy elements to screen from the closely located neighbors. The bedroom and kitchen open to the backyard; enhancing views, breezes and light. Located along the edge of the bedroom is a hidden bath, opening to the landscaped backyard. 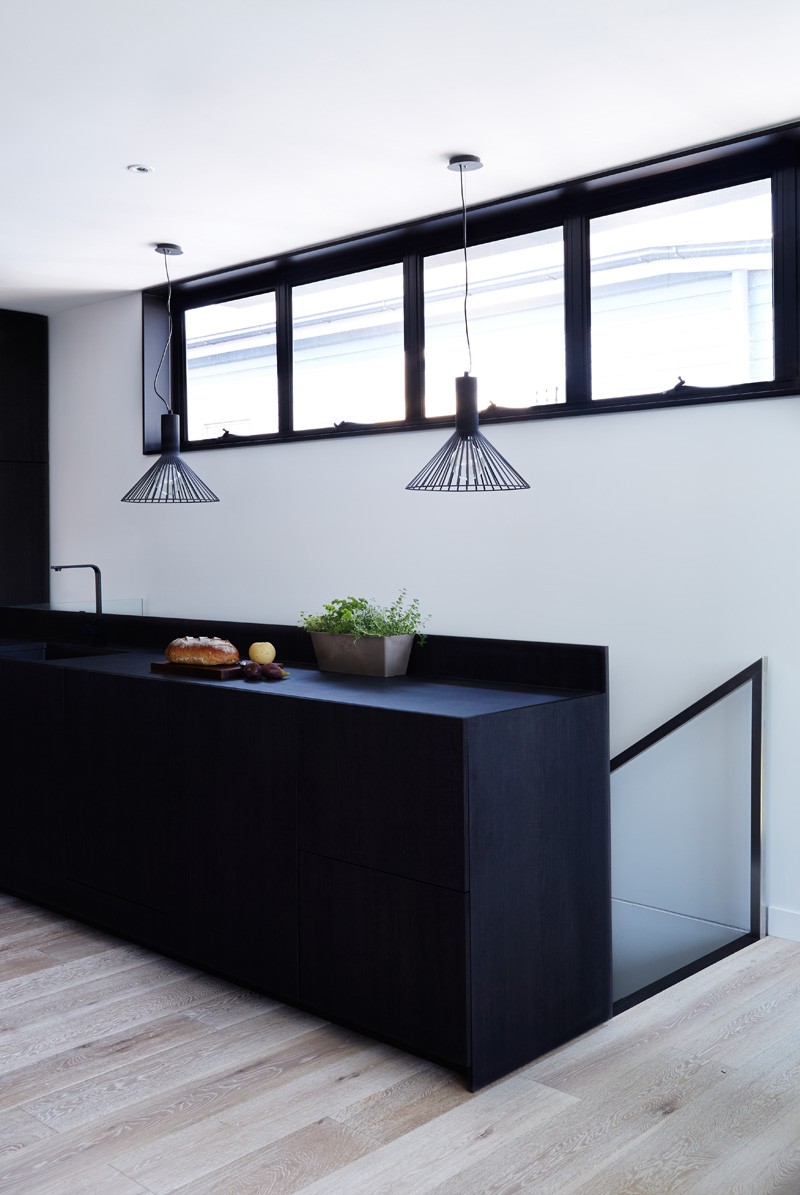 The interiors reflect the simplicity of the exterior language and are arranged to define or divide spaces. The opening between the new kitchen and existing living spaces acts as a portal between the new which can be closed of entirely via large concealed sliding panels. The minimalist preference of the owners is reflected in the design of the joinery and the selection of the simple yet contrasting material palette. 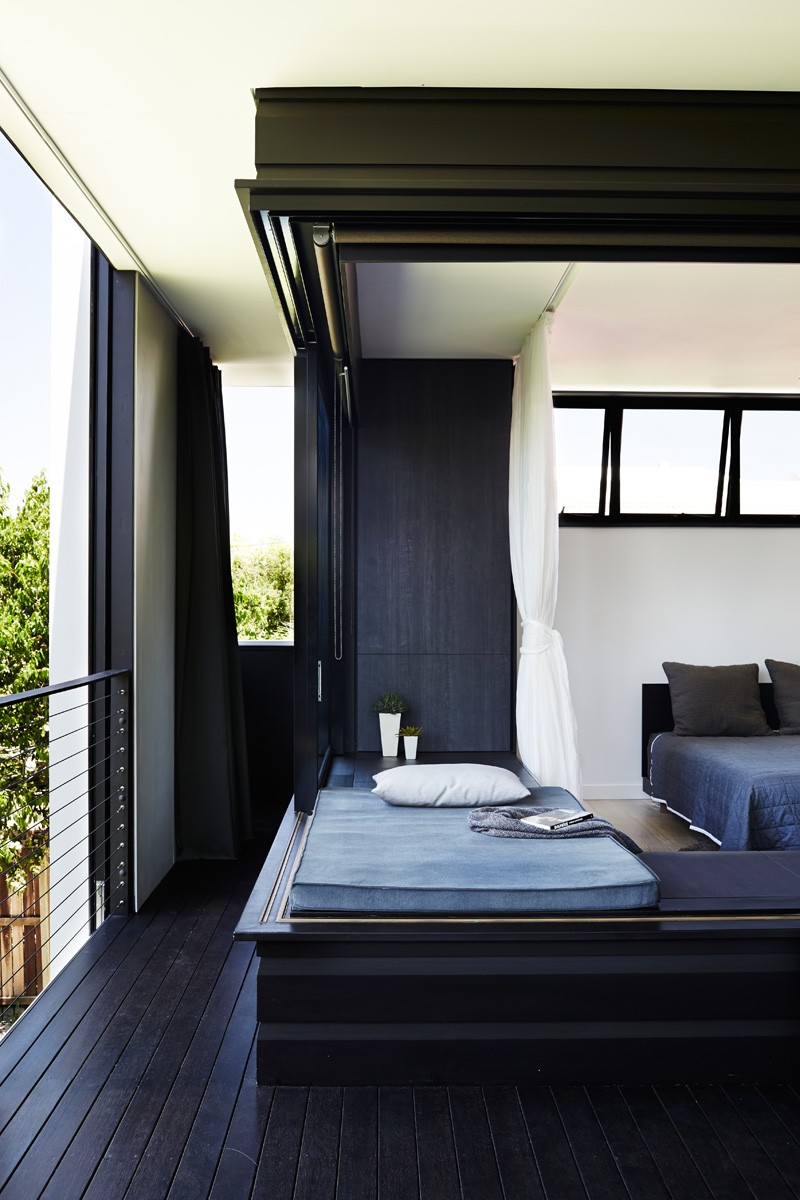 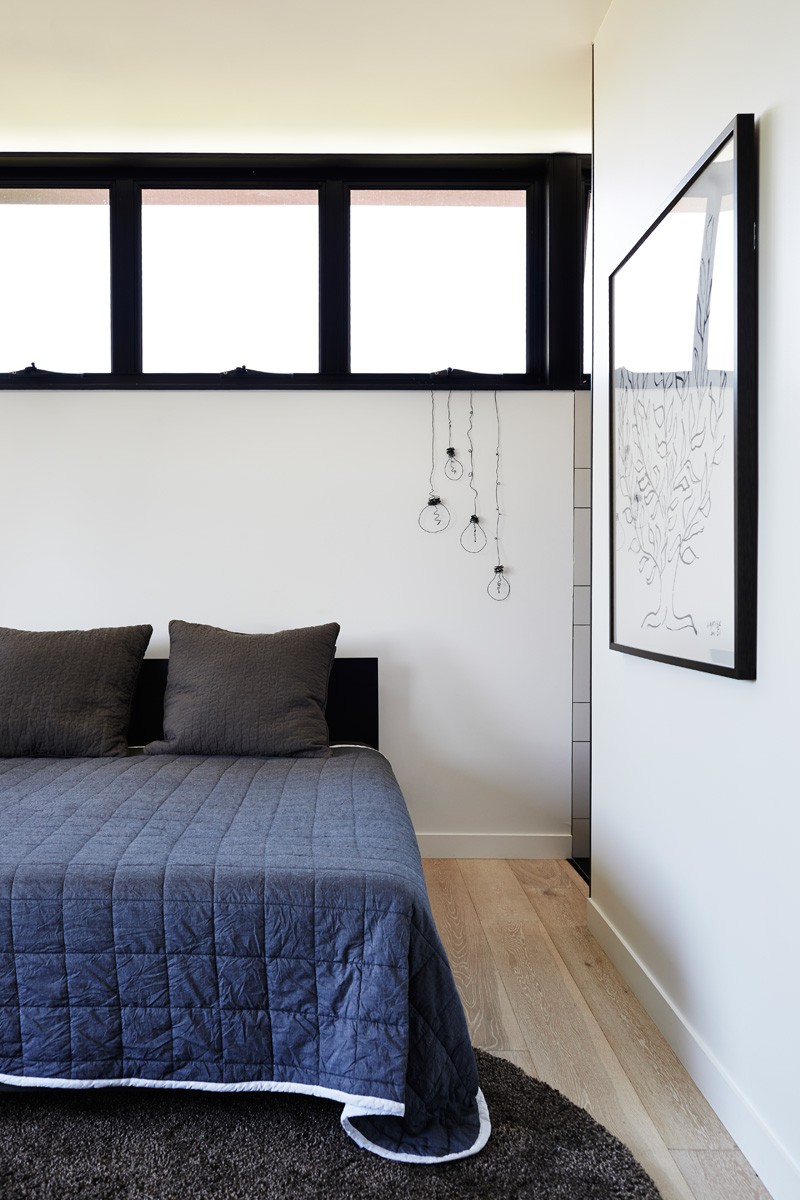 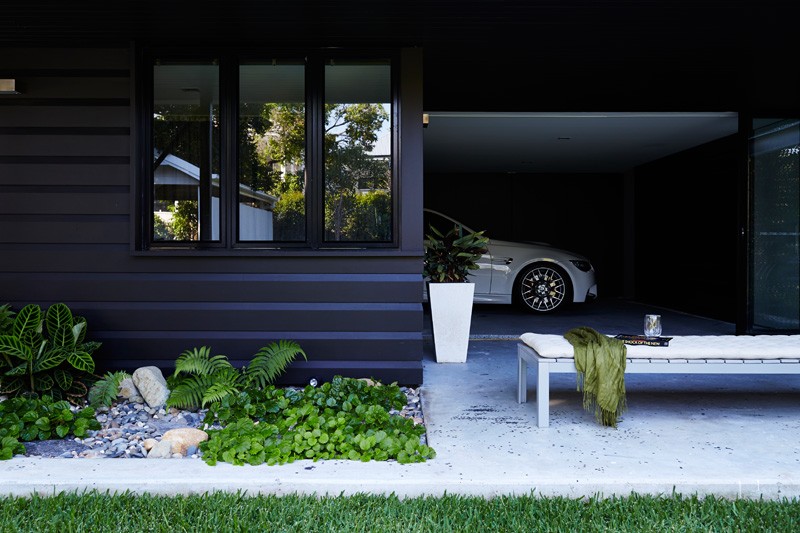