The Pour by Design Haus Liberty 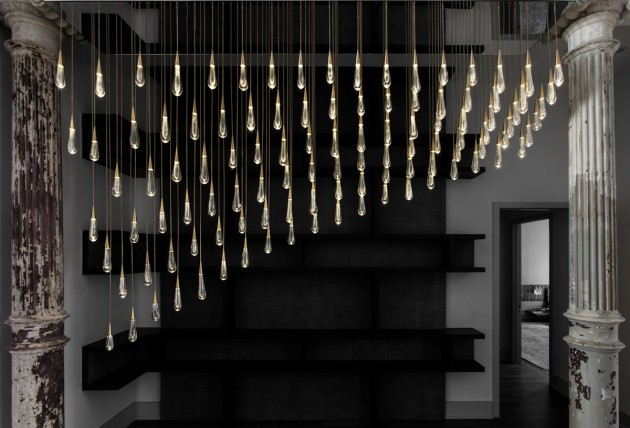 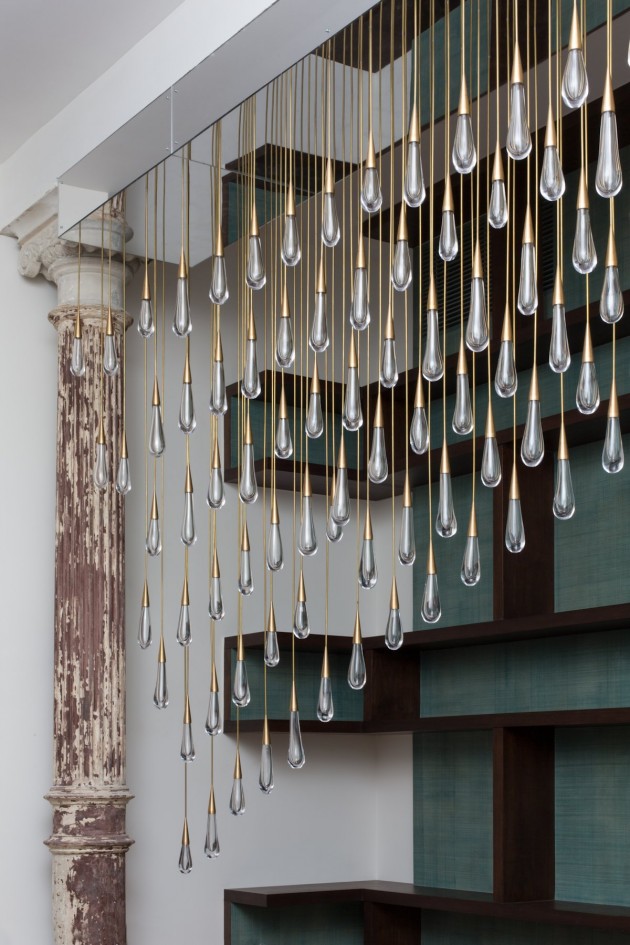 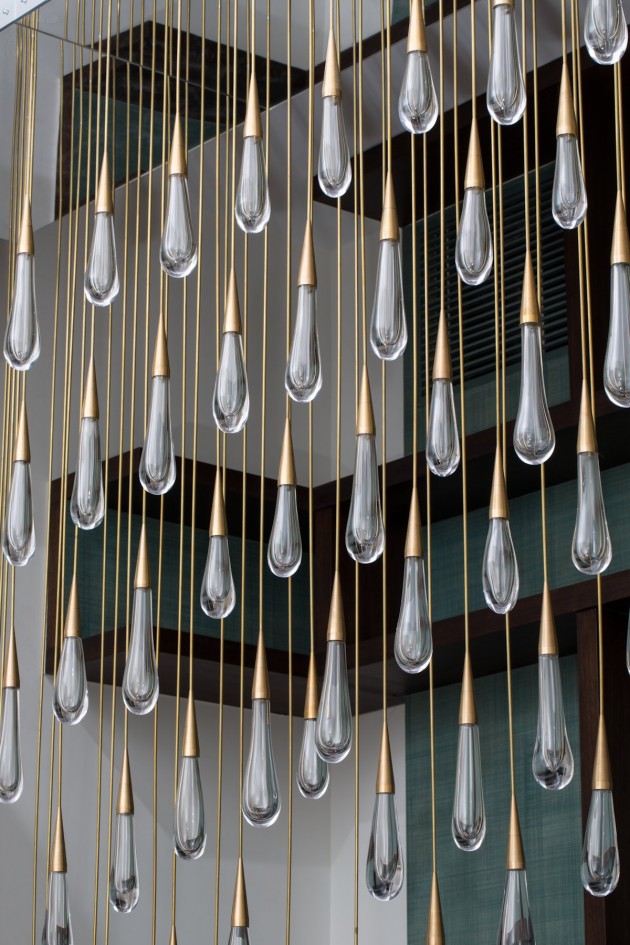 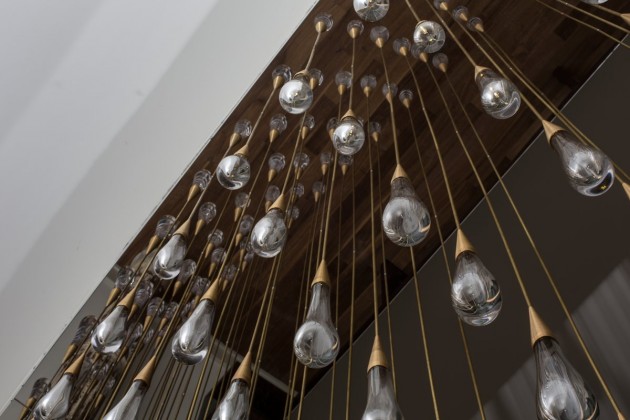 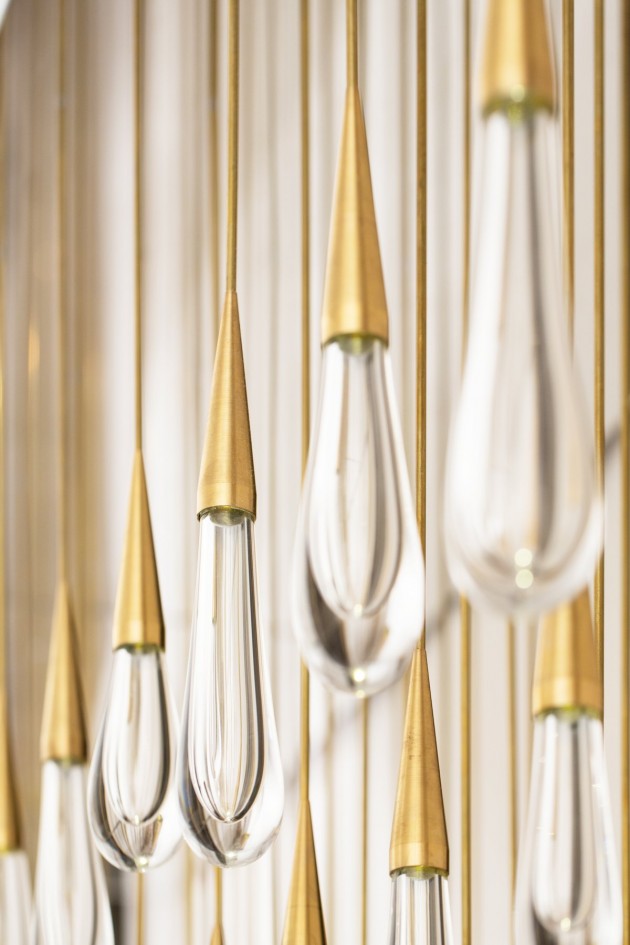 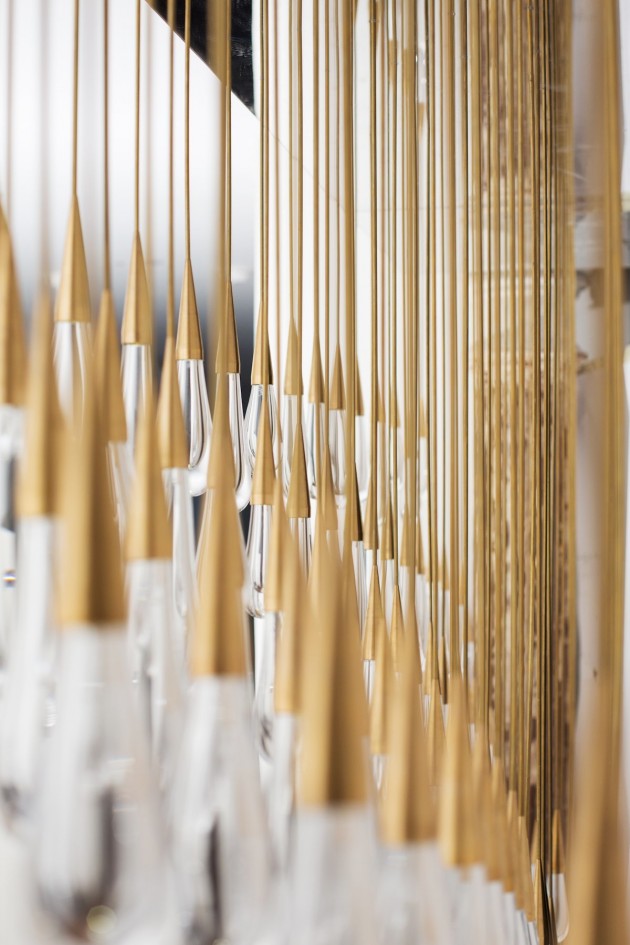 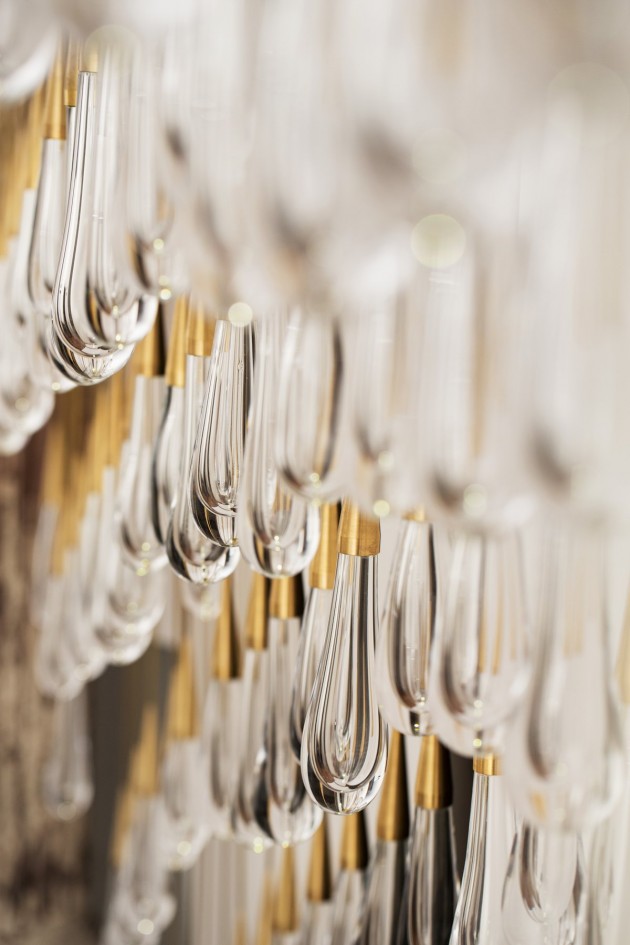 The Raindrop chandelier, “The Pour” is a light sculpture DH Liberty was commissioned to design in Tribeca, New York City. The existing site features exposed industrial columns on either end of a dropped beam within the living room. The design brief was to produce a light sculpture that would hang off of the existing beam and create an architectural relationship with the space.

DH Liberty began the design process by exploring the concept of rain and how each water droplet magnifies light in unique ways. Similar to the character of rain falling and creating varying ripple sizes on the surface of puddles.

DH Liberty worked with UK-based glass-blowers and metal engineers to create the crystal tear-drops. Each drop is hand blown by artisans and intricately engineered to house the lighting strategy for the chandelier. The drop itself is constructed of two parts: the brass screw cap, which houses the light, and the hand-blown crystal reflecting the light to create puddles on the floor below. To replicate the nature of raindrops, no two drops are blown identical.

The name “The Pour” derives from the distinctive shape that the chandelier forms: an exaggeration of the dramatic motion of water pouring out of a carafe. Designed by forming a grid mimicking how puddles ripple outward in concentric circles, each teardrop is hung to brass pipes of varying lengths. Placed strategically on the grid, the teardrops lock into the mirrored base that fits seamlessly between the two existing columns. The mirrored base reflects the teardrops endlessly into the sky above and when lit. The chandelier echoes rain frozen in time with ephemeral puddles overlaid on the floor below.