The Ribbon Chapel By NAP Architects

NAP Architects have designed the Ribbon Chapel, a wedding chapel in the gardens of Bella Vista Sakaigahama, a resort hotel in Onomichi, Hiroshima, Japan. 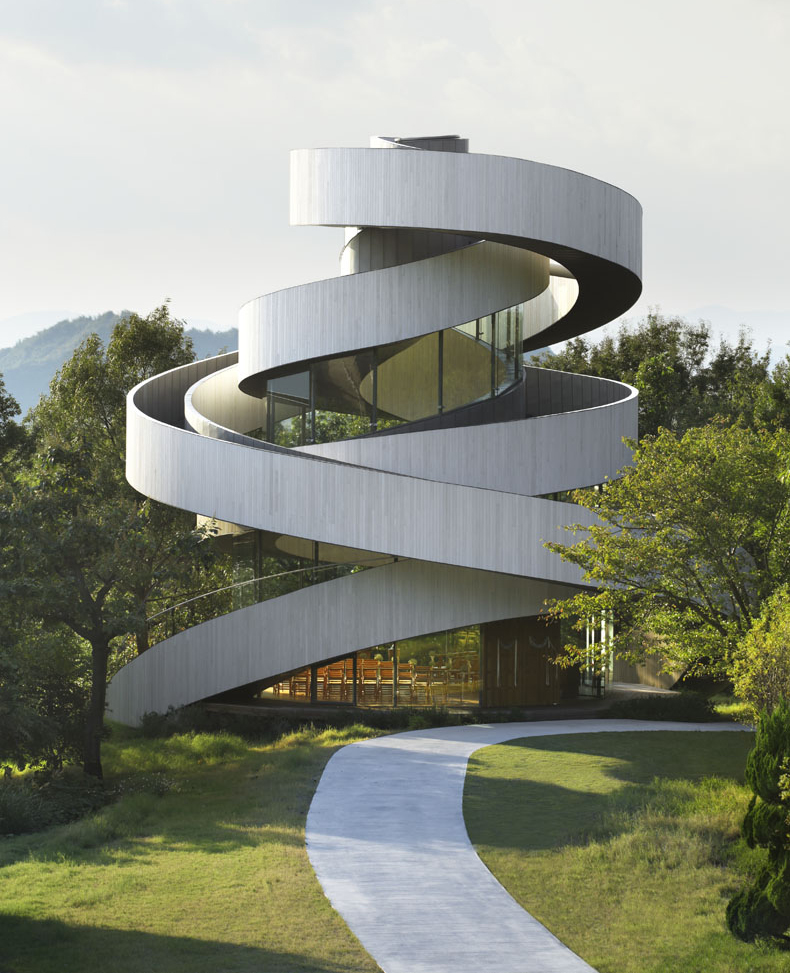 A description from the architects

The site is midway on a hill enjoying a panoramic view of the Inland Sea of Japan. By entwining two spiral stairways, we realized a free-standing building of unprecedented composition and architecturally embodied the act of marriage in a pure form. A single spiral stairway would be unsteady in a horizontal direction and is prone to vibration in a vertical direction, hence, very unstable. 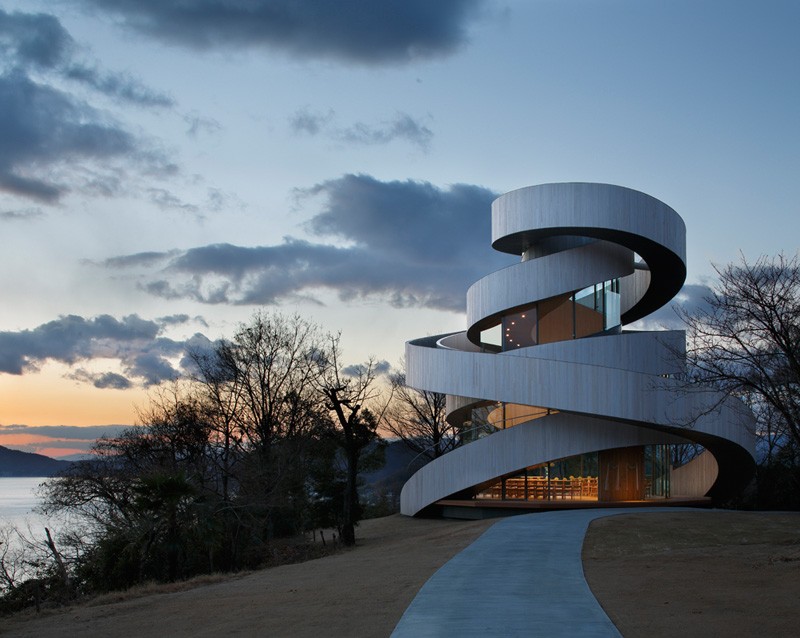 By joining two spiral stairways so that one supports the other, we produced a free-standing structure. Just as two lives go through twists and turns before uniting as one, the two spirals seamlessly connect at their 15.4m summit to form a single ribbon. At the core of their movement is a chapel where the people who have supported the bride and groom are waiting. The chapel aisle looks toward an existing symbol tree. The altar stands before the tree, and 80 seats are positioned for views to the ocean through the trees. 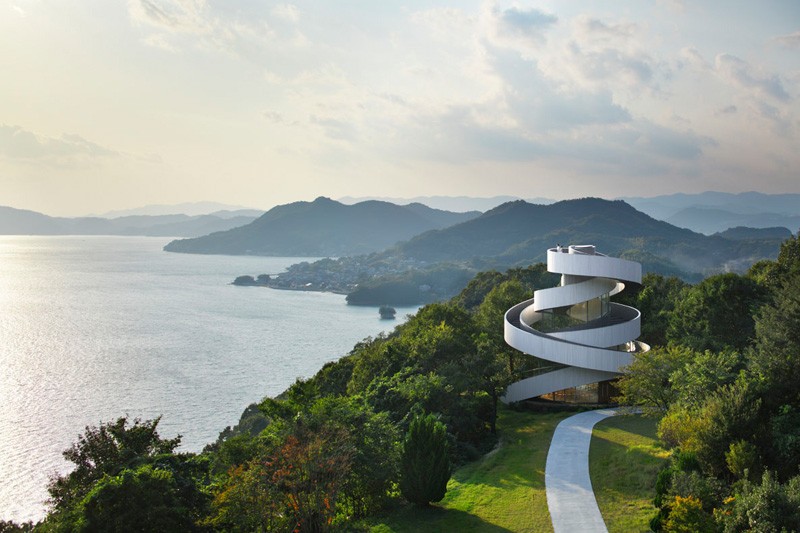 Ordinarily, a building is composed of distinct elements: roof, wall, and floor. Here, however, the entwining stairways perform as roofs, eaves, walls, and floors to produce the building’s spaces. The stairways widen in breadth in response to location and function, such as at the summit where the couple meets, in directions having fine views, and in places where the eaves must be deep to shield the interior from the sun. 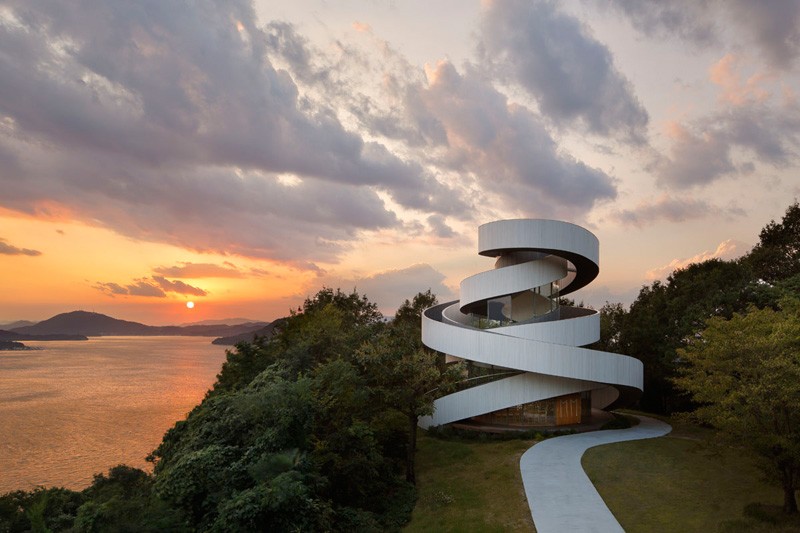 The building’s exterior is finished in upright wood panels, painted white so as to deepen in beauty as time passes, and titanium zinc alloy, a material resistant to damage from the sea breeze and pliable enough to be applied to curvature. Employing the zinc alloy on the coping, walls, ceiling, and window sashes enabled a simple design unified by means of a single material. 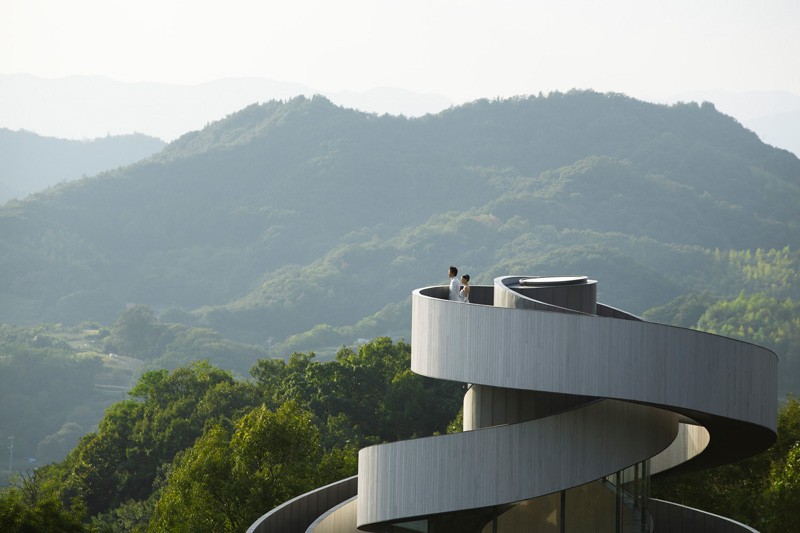 The building type of wedding chapels has always followed a route configuration. The bride walks down the aisle with her father, and after the ceremony, the same aisle becomes a route of departure for the bride and groom. In the process of walking this path, every step awakens memories and emotions. Fortunately, in this chapel, the ceremony also takes form as the bride and groom climb separate stairways to meet at the top, ask for heaven’s permission to join as one, and declare their marriage. The two, who have lived separate lives, then walk back down the stairway together. The simple building is composed only of paths, along which sceneries of ocean, mountains, sky, and distant islands successively appear and disappear. Although it is only a small building, we endeavored to accommodate the emotions of the bride and groom and the thoughts of the celebrants by extending the aisle to a total length of 160m and expanding the range of experiences. (Hiroshi Nakamura) 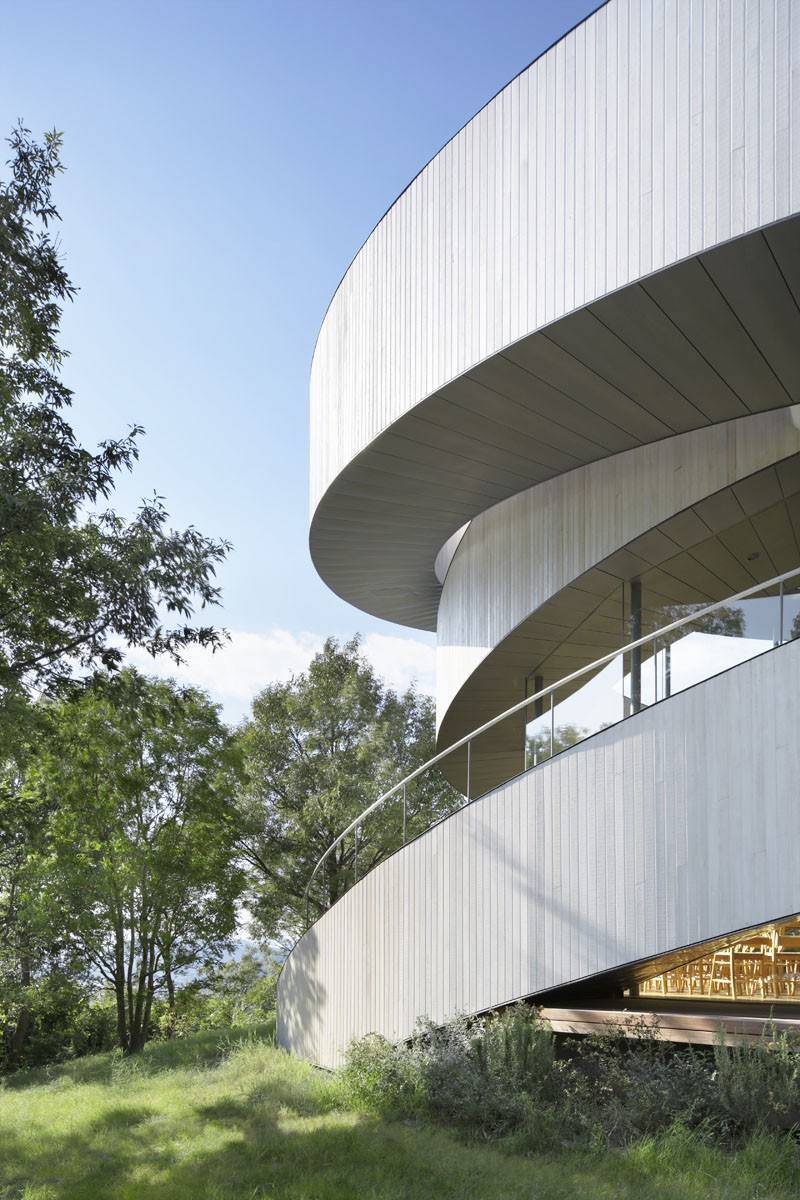 Mutually Supporting Spirals – By connecting the four points in four directions where the two stairways approach closely together with coupling elements, we produced a three-dimensional hoop effect for restraining the outward swell and a three-dimensional brace effect for resisting horizontal forces – thereby making the two spirals mutually supporting and self-standing. The 100mm-diameter intermediate posts of solid steel which only support the vertical load, sorely support the inner spiral. The outer spiral is coupled to the inner spiral in the form of an overhang. In order to lighten the volume of steel frame in the upper portion, we used a pendulum-type base isolation device for lightweight buildings. At three locations in the outer spiral staircase where we felt the greatest concern about footfall-induced vibration, we established an overhang-type tuned mass damper (TMD) to control the vibration. 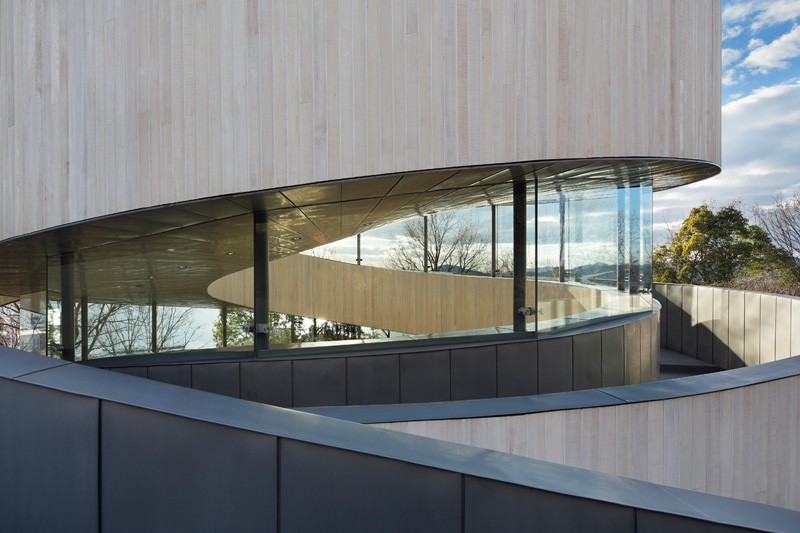 It was foreseen that, when the falsework was removed, the building would undergo maximum 30mm rotational sedimentation under its own weight, which might cause the intermediate posts to lean. We therefore developed a structural model which applies a same amount of reverse torque as the predetermined natural rotational force which causes the sedimentation. As a result, the posts, deliberately leaned for construction, became vertical after the completion of construction and stayed within a 2/1,000 margin of error between floors. This delicate yet bold structural design was created by Ikuhide Shibata of Arup. (Hiroshi Nakamura) 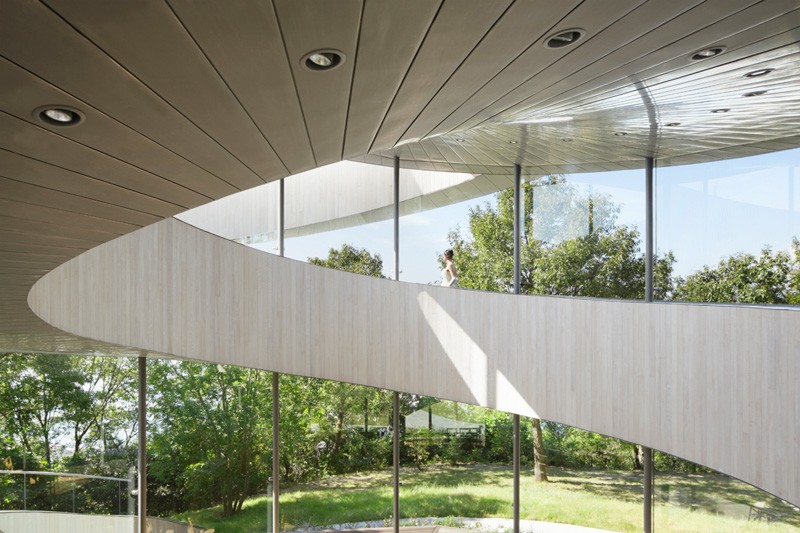 Sash Detail – The glass windows all differ in height, thickness and shape. To enable the glass pane to move freely under the three-dimensional torque of the building during an earthquake or strong winds, the pane is held with dot point glazing (DPG) arms attached to the inner side of the rise of the titanium zinc alloy coping. 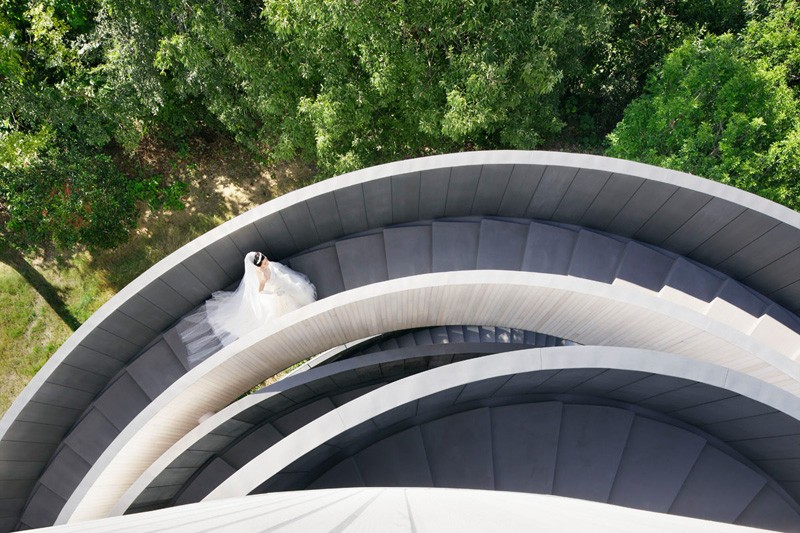 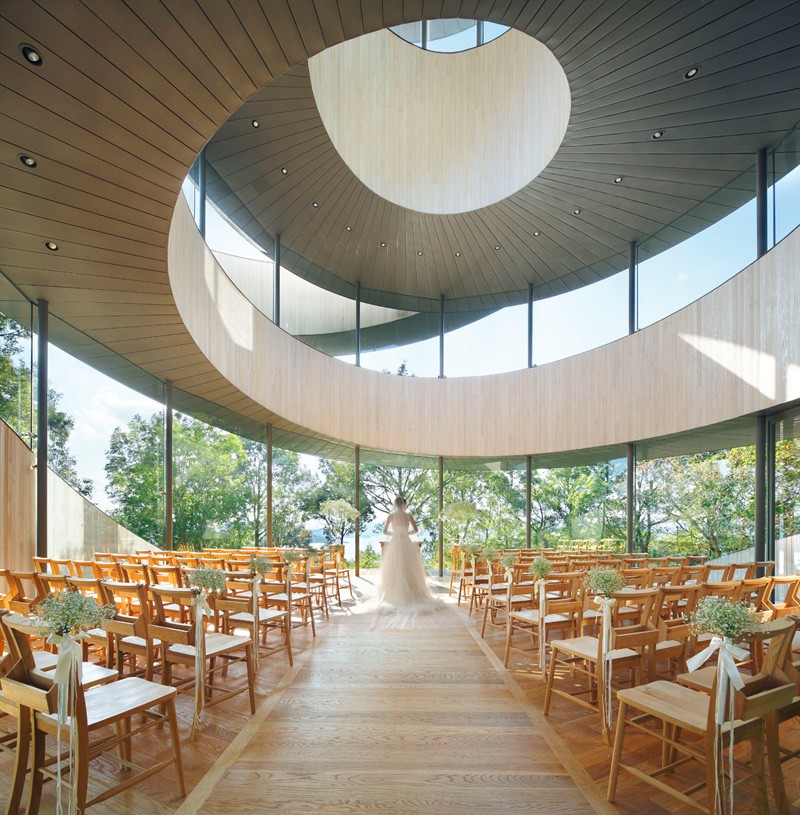 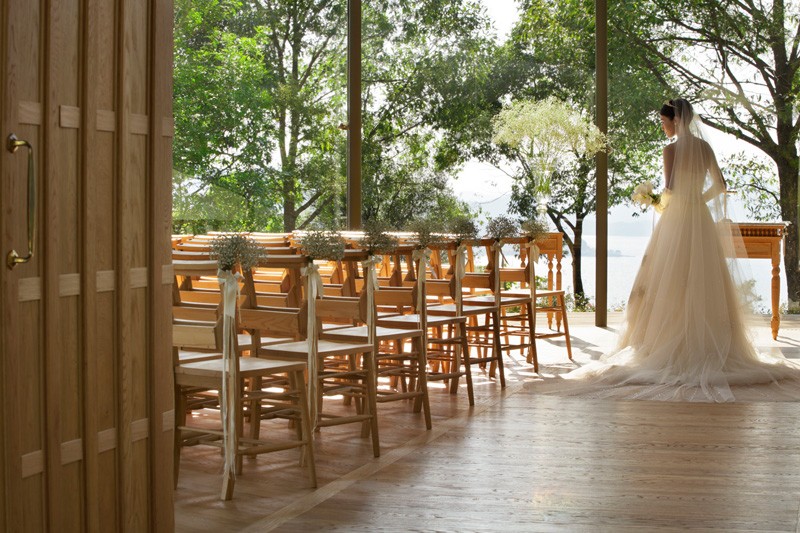