The River House by Selencky Parsons

Selencky Parsons have designed a contemporary home on the River Thames near Oxford, England. 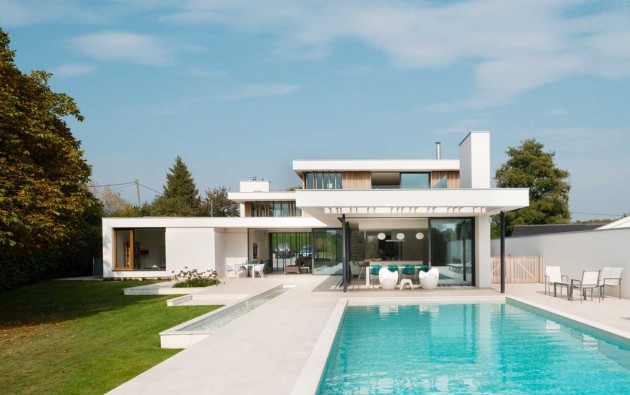 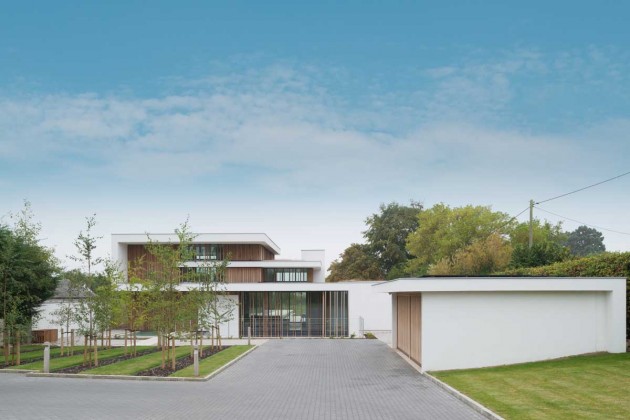 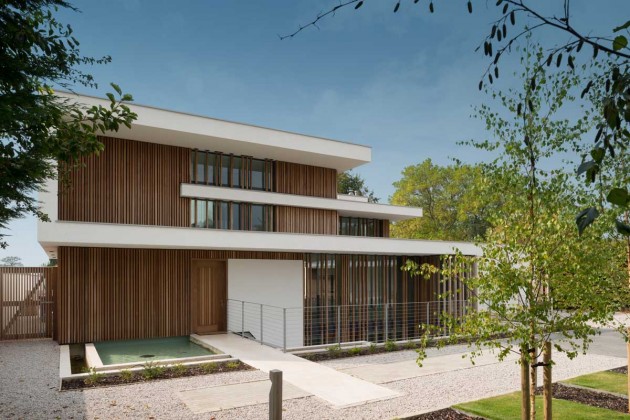 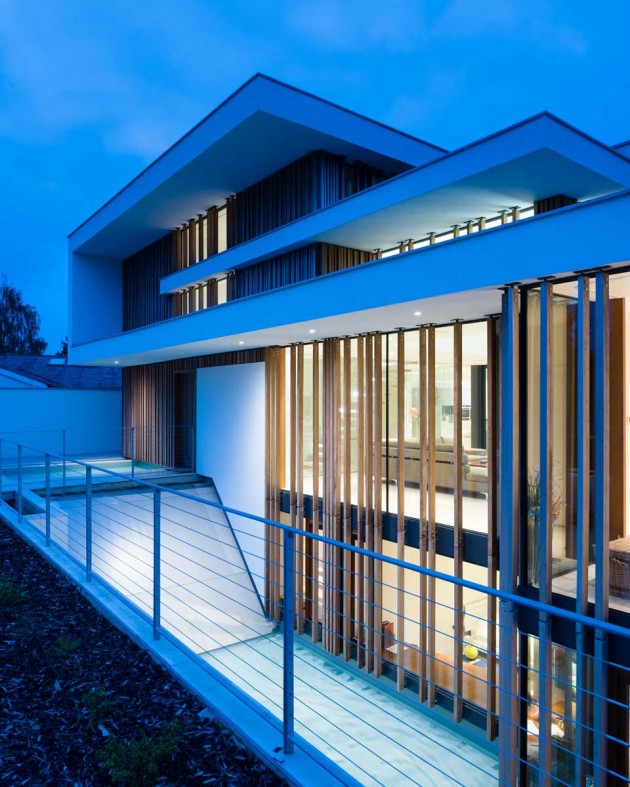 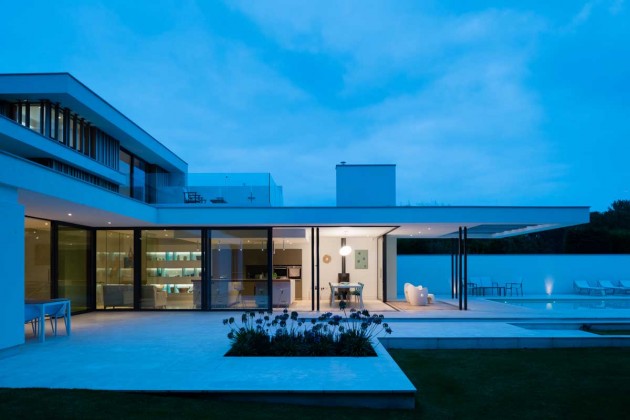 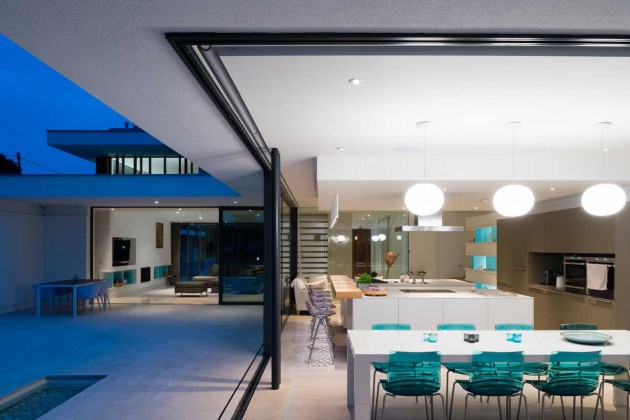 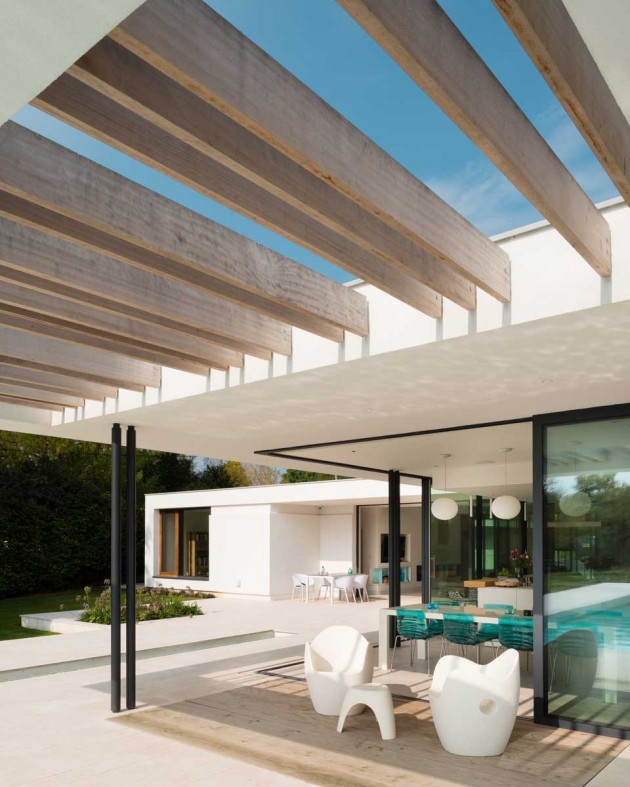 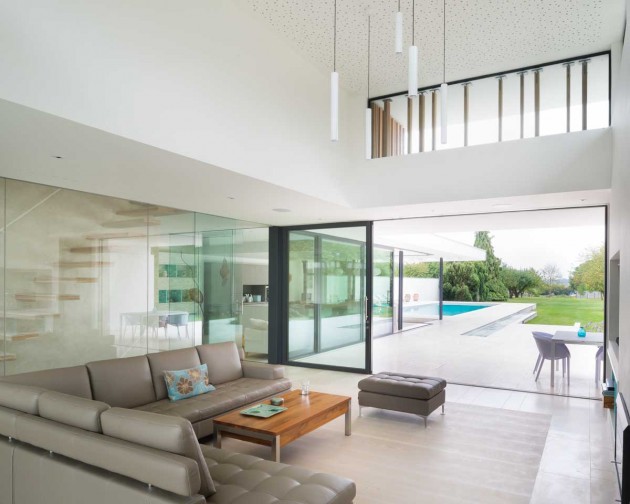 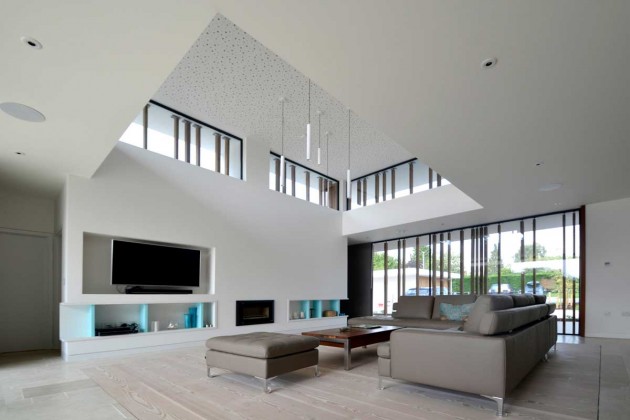 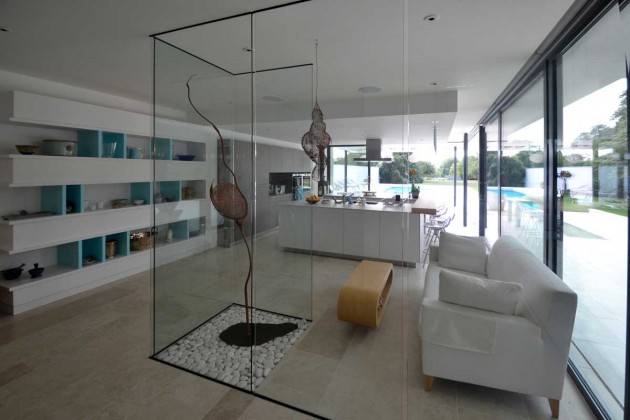 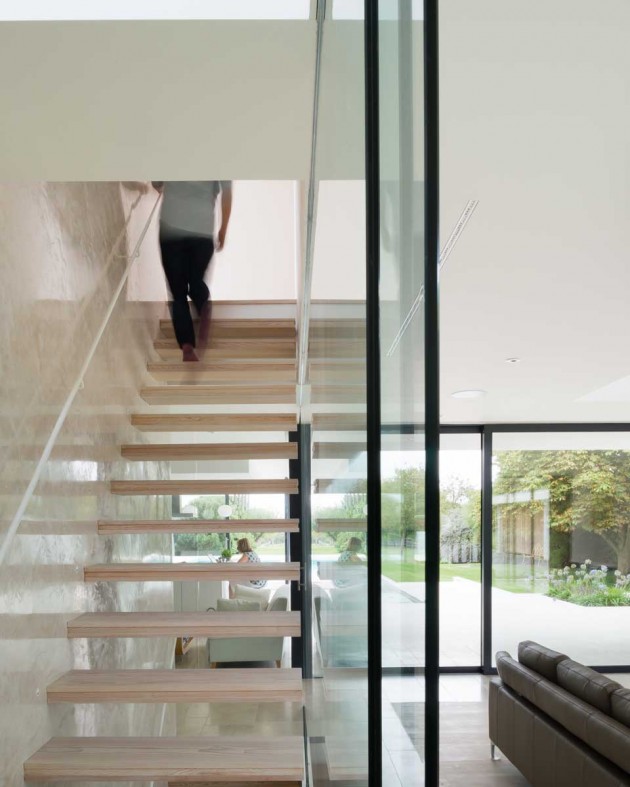 Built on a long thin plot, the River House, which sits within the green belt, replaced a 1970’s bungalow, and adjoins the River Thames at its far end.

The articulation of the form has been rigorously pared down to two contrasting interacting elements consisting of crisp white, predominantly horizontal, folding planes inlaid with richly textured randomised vertical timber battens. The untreated, responsibly sourced Iroko, which is traditionally used in boat building, references the river and allows the white planes to float. This is reinforced through the reflections from the entrance water feature and swimming pool on the white soffits of the canopy planes. A gentle sound of trickling water permeates throughout the house reinforcing the serene river setting.

A series of spaces, surfaces, touchstones and volumes set up a journey through the house and define zones within the open plan layout. The approach to the house bridges across a water feature which acts as a lightwell for the basement accommodation. A double height space which affords views through to the rear garden marks the entrance whilst a sculpture set within a glazed niche draws you through the house. The central space of the living area is defined by timber inlaid into the limestone floor and by clerestory glazing which floods the space with light. A further inlaid timber floor which extends externally past the line of glazing, defines the dining area and breaks down the boundary of inside vs outside. Both the floor level and canopy soffits extend out flush with internal levels to accentuate the inside and outside relationship.

Our aim was to create a very sustainable house without it being defined by it or having to compromise to accommodate it. The final solution combined both high tech and low tech responses in its approach, from photo-voltaic panels and a biomass boiler to green roofs. Most importantly we have created a home in which its inhabitants love to live.