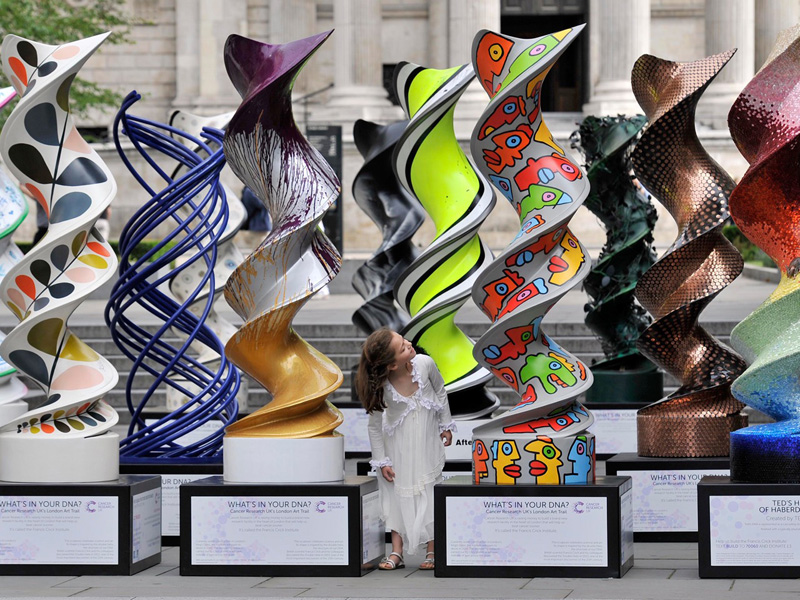 Design firm SomeOne have created 21 DNA sculptures for Cancer Research UK, that have been customised by artists and designers from around the world. The sculptures are currently being displayed on the DNA Art Trail throughout London for ten weeks, before being auctioned at Christie’s in September. 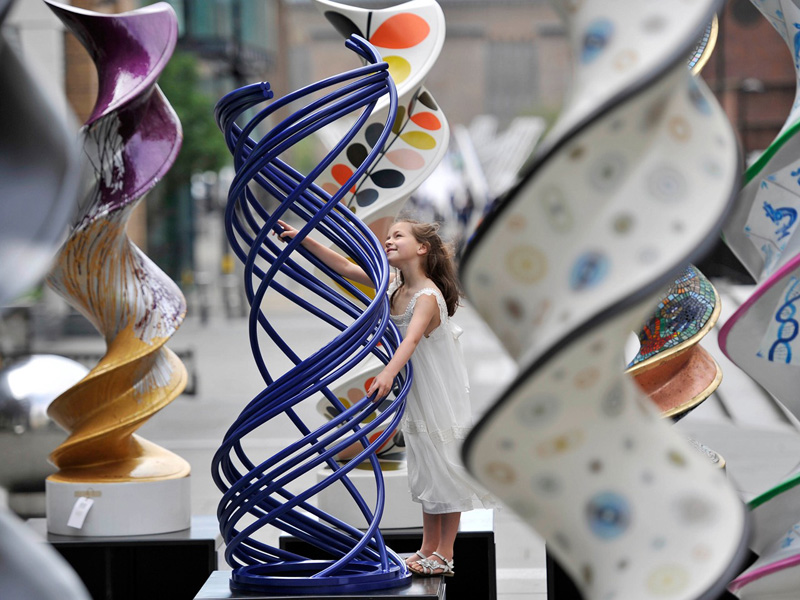 Cancer Research UK is launching a DNA inspired art trail across London from 29 June 2015, to raise awareness and funds for the Francis Crick Institute, a world-leading centre of biomedical research and innovation due to open in 2016. Francis Crick was one of the people to discover the DNA double helix, alongside James Watson and Maurice Wilkins, and based on the work of Rosalind Franklin. 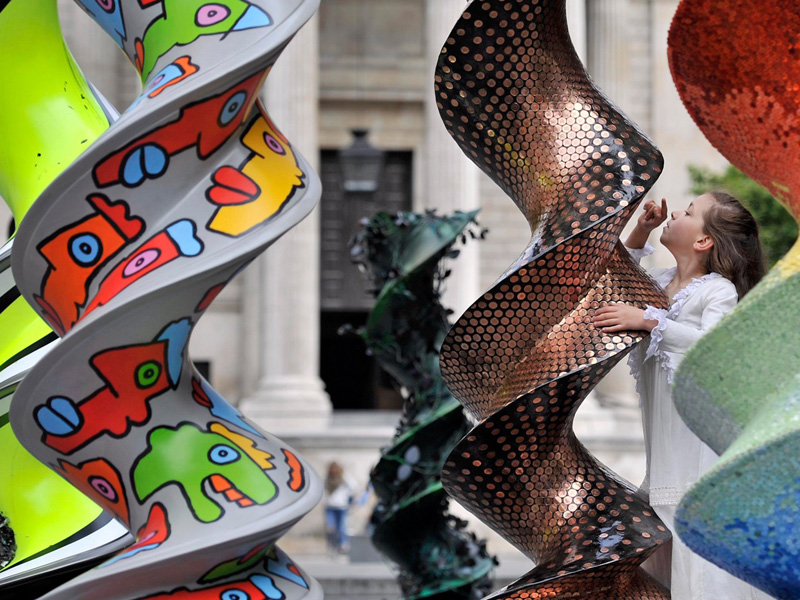 The sculptures have been customised by leading artists, designers and sculptors from across the world, including Ai WeiWei, Thierry Noir, Zaha Hadid, Orla Kiely, Jane Morgan and twins Chris and Xand van Tulleken. Each of the designers was asked ‘what’s in your DNA?’ and the results are a mixture of intriguing and colourful designs.

Simon Manchipp, Co-Founder and Executive Creative Director of SomeOne, the design practice behind the creation of the sculpture explains how the idea evolved ‘Francis Crick was an astonishing scientist, and is best known for his work with James Watson which led to the discovery of DNA in 1953. When working to develop a series of sculptures to be customised by some of the world’s leading creatives we considered many different kinds of form, but we kept on coming back to the DNA spiral. The outcome is accurately based on the DNA structure, in fact we ‘clothed’ the molecular construction to develop larger surface areas that would be more adept at taking on the artists’ ideas.’ 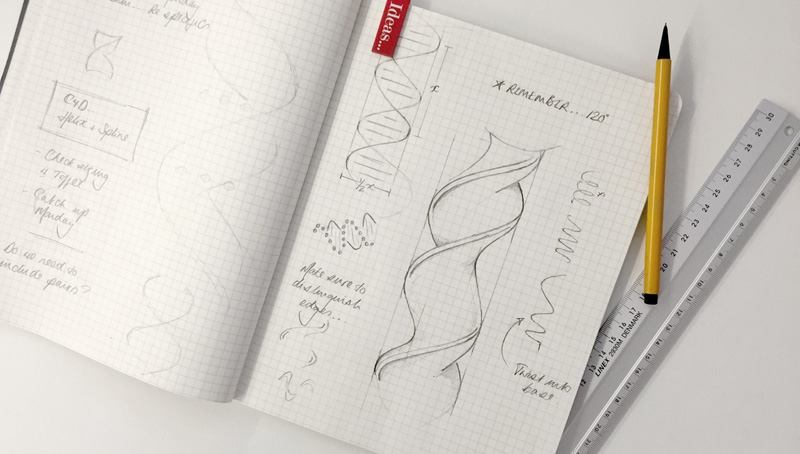 Max Longstaff, Lead designer at SomeOne on the project talks about the process of designing the sculpture ‘We were briefed by scientists who helped explain the complexities and subtleties of the DNA structure. The human body is made up of trillions of cells. Each one of these is packed with long, delicate strands of DNA which provides the hardwired operating instructions (or genes) for everything that cell will ever need to do. We translated these incredible natural designs into a series of rapid prototype 3d prints — ranging from the more literal to the lateral.’ 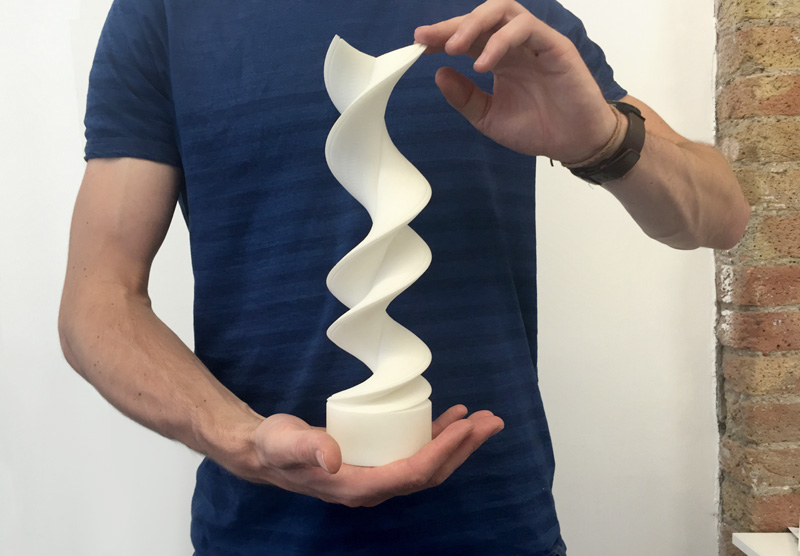 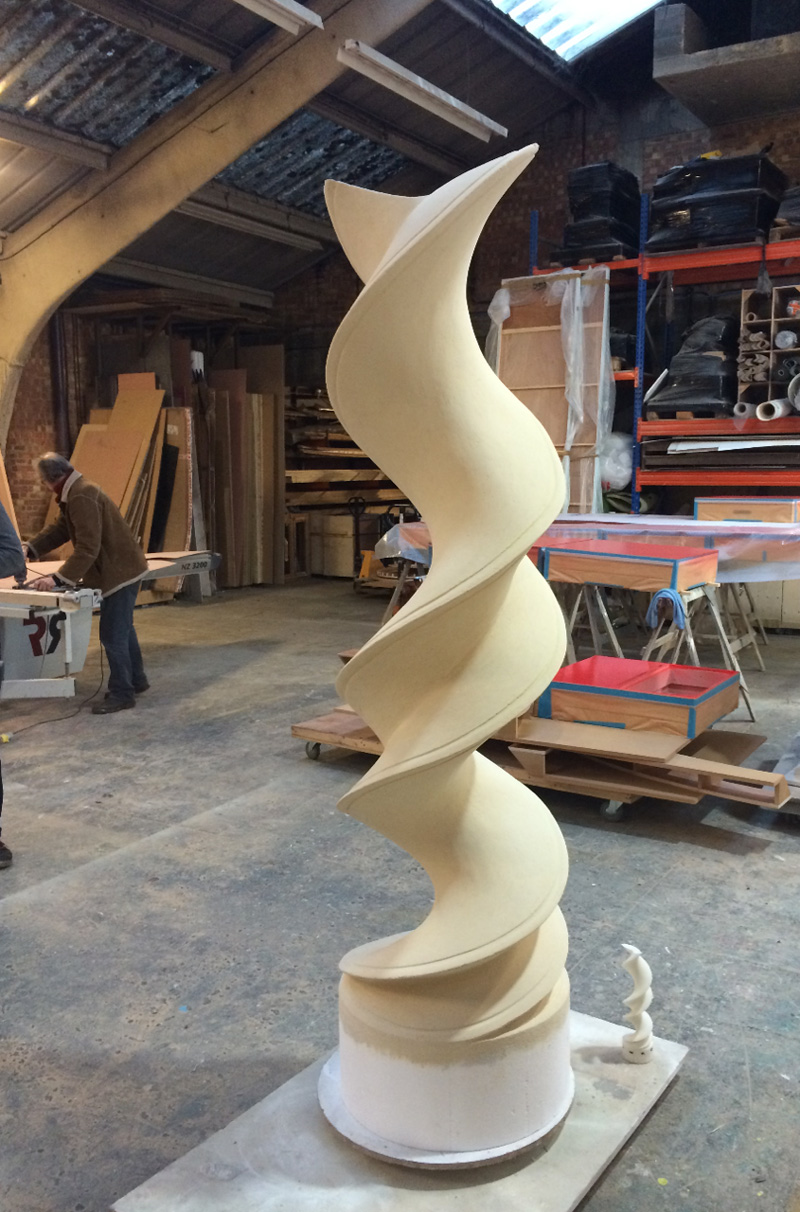