This Bar In Toronto Is Filled With Curvaceous Wood 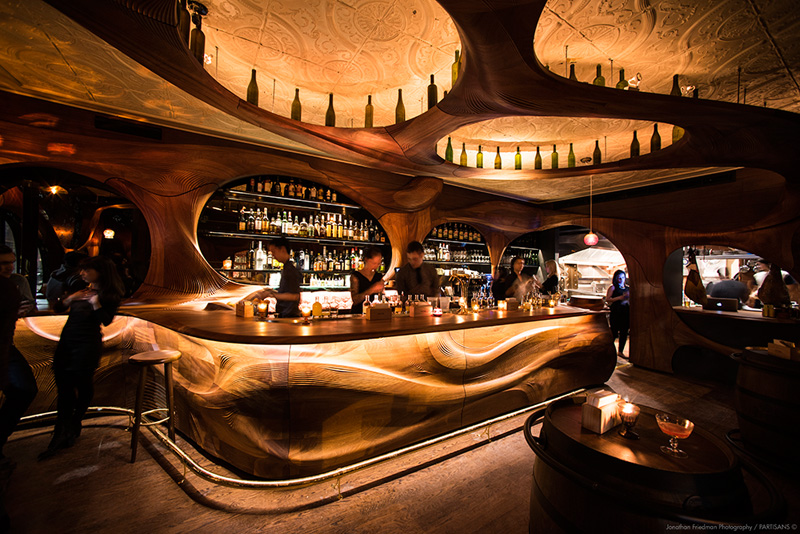 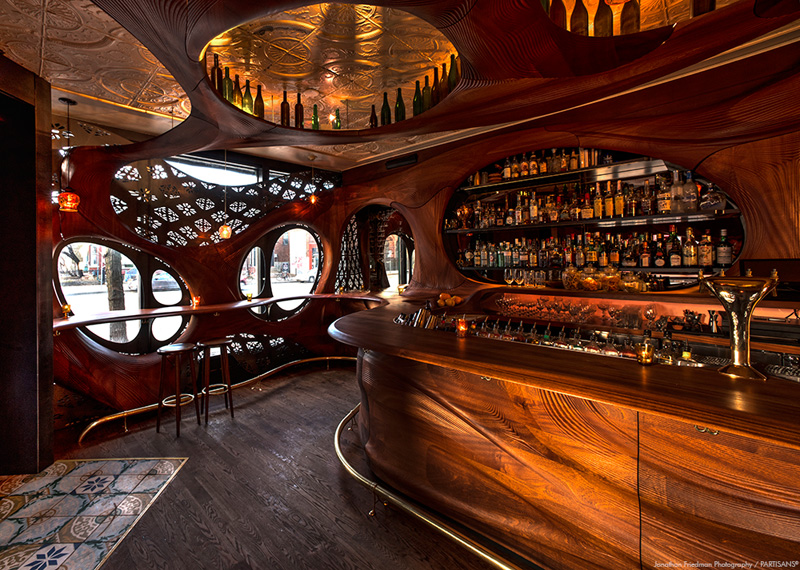 Bar Raval is a 21st-century response to Spanish Art Nouveau design. The brainchild of celebrated Canadian chef Grant van Gameren and wunderkind mixologists Mike Webster and Robin Goodfellow, Raval introduces Toronto to the “pintxo” bar – a tapas-style bar that is a cornerstone of social and gastronomic culture in northern Spain. 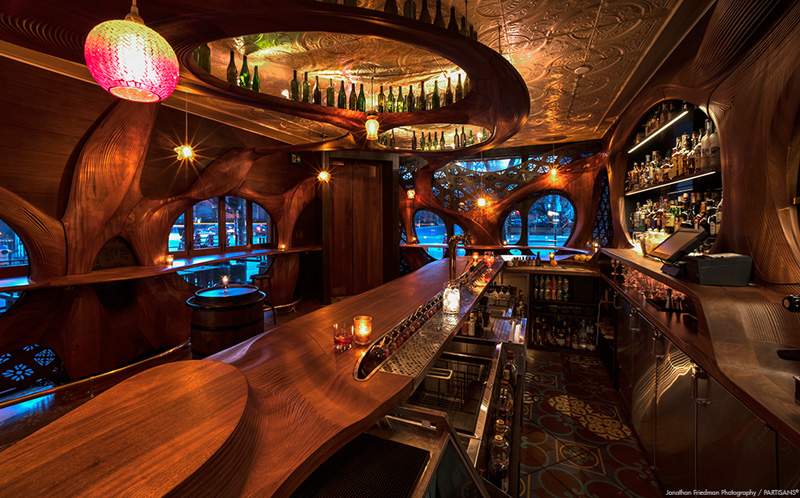 Following the success of Bar Isabel, van Gameren handpicked PARTISANS to execute an ambitious vision for his next location: to create “an art piece” – a space that would become an enduring Toronto institution. “Working with Pooya, Alex, and the rest of their team was inspiring,” says van Gameren. “From the early conceptual planning all the way through to the fi nal stages of construction, they pushed us to envision beyond what we imagined possible. And as our vision grew, their dedication, honesty, and commitment to actualizing every minute detail surpassed all our expectations.” 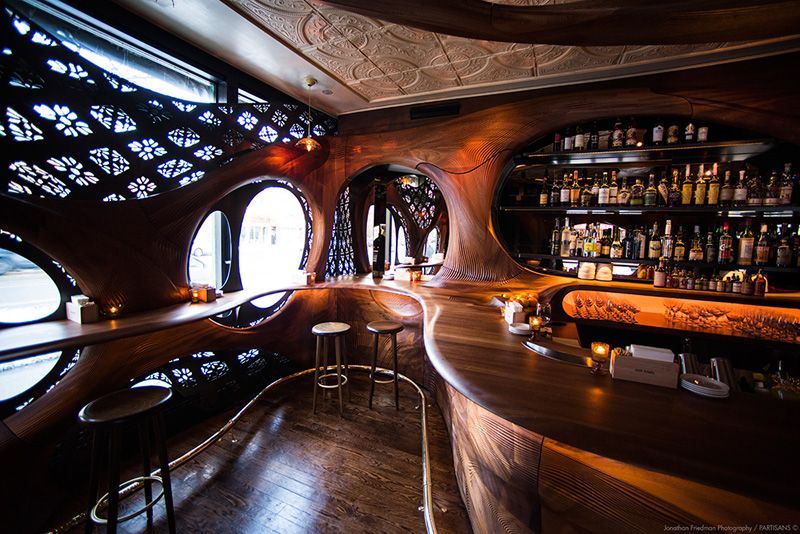 The team got to work on a design concept that would transform the rundown commercial space in Little Italy into an almost sentient architectural sculpture. Carefully hewn from what look like unbroken Mobius strips of sinuous mahogany, the interior design is fundamentally corporeal. In a stand-up-only environment, the rippled – and rippling – surfaces encourage patrons to get comfortable, lean into their soft edges, and become a part of the woodwork. 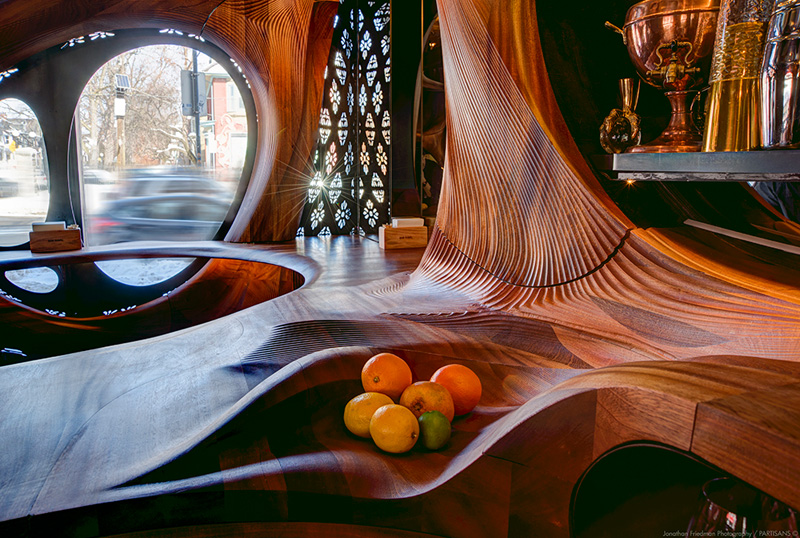 Raval’s molten quality fosters fluid circulation and close encounters, honouring the spirit of its Spanish pintxo counterparts. Its sculptural aesthetic is also intended to mirror muscle tissue. In fact, it pays direct homage to the tattooed physicality of the three owners. 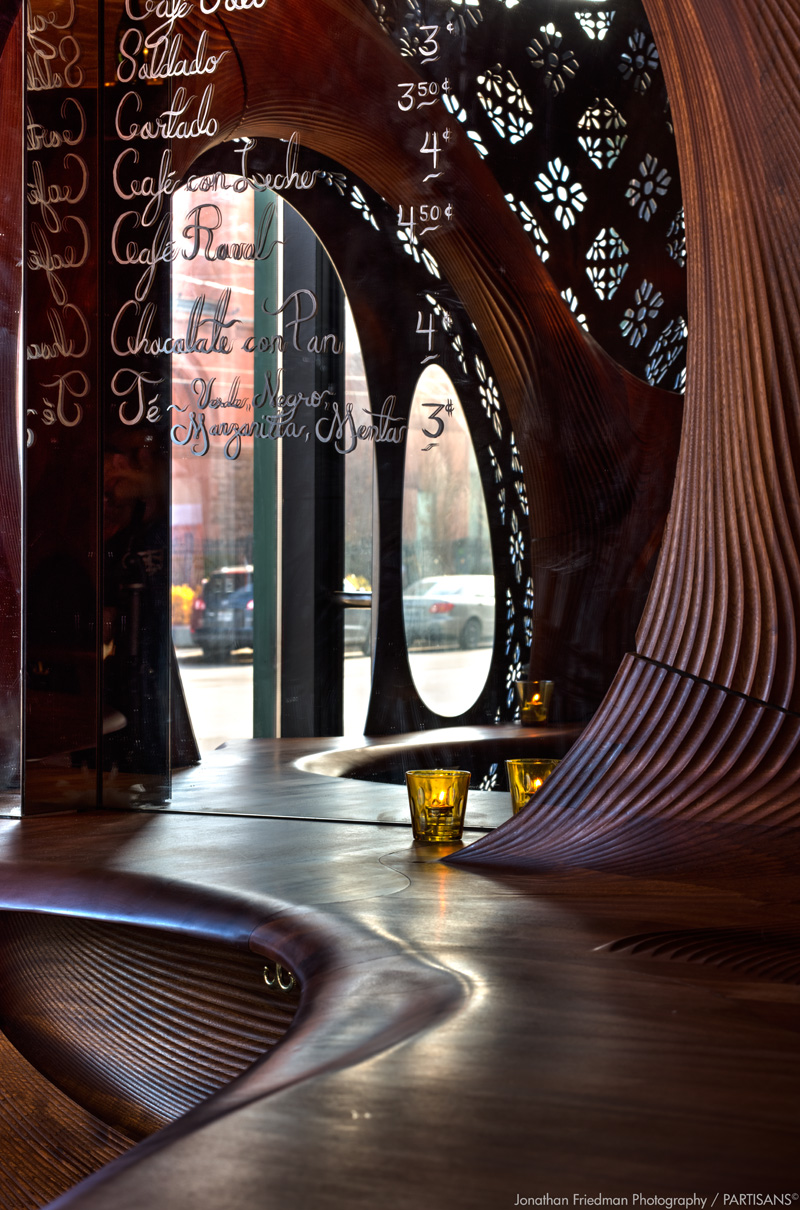 Part of what distinguishes PARTISANS is their design team’s technological appetite and agility. “Bar Raval was an opportunity for us to use advanced digital methods to reinterpret – not replicate – classical Art Nouveau tropes for the 21st century,” says PARTISANS co-founder Alex Josephson. 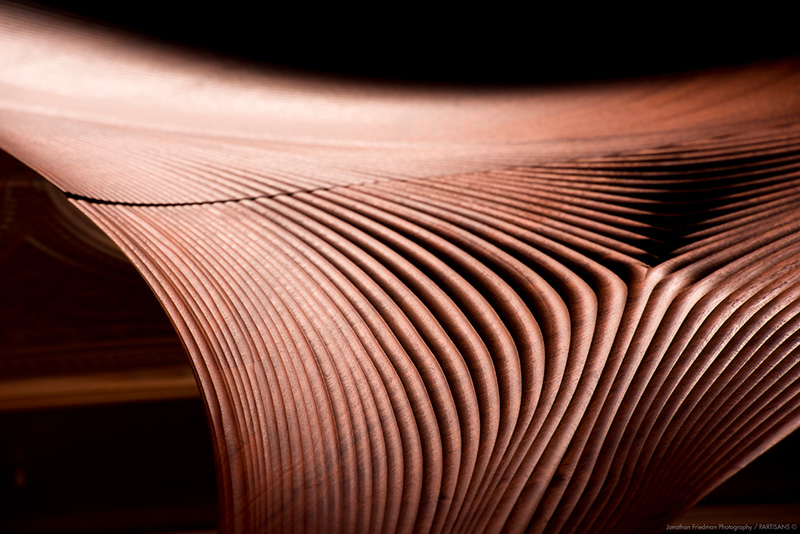 The team developed a highly detailed digital model of the space in order to develop prefabricated components that could be inserted directly into the building’s existing fabric with minimal disruption. In order to realize PARTISANS’ novel toolpaths, the team worked directly with fabricators MCM Inc. MCM enlisted Mastercam to adjust the software code they would eventually use to mill over 9km of engravings on 75 panels of wood. 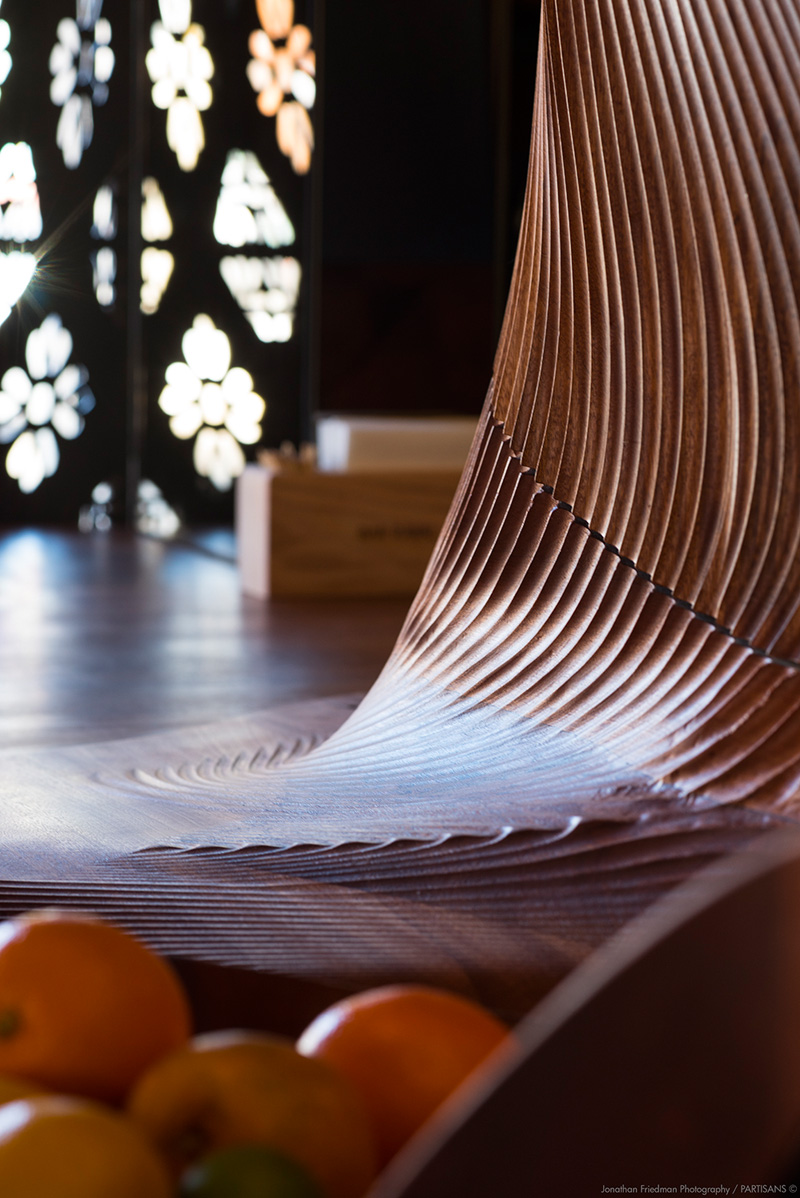 While Raval is introducing a new culinary genre to Toronto, its other chief objective is to elevate mixology to the heights of a culinary art. PARTISANS was challenged to re-evaluate the functional aspects of the classic bar and reimagine it as a stage for performance, interaction, and awe. The team also worked closely with engineers to develop customized acoustics and a tailor-made sound system. 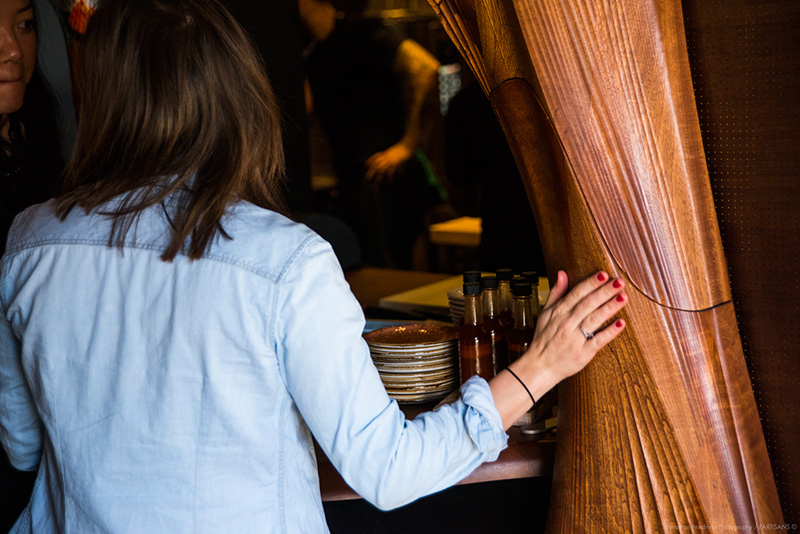 The result is a marvel. For those who have braved the daily lineups to get into the bar, they describe feeling as though they’ve exited Toronto and entered an entirely different world. Passers-by can also admire the artistry – the handcrafted steel latticework PARTISANS designed to clad the front and side windows. But like van Gameren’s mouth-watering pinxtos, the filigree only offers a tantalizing taste of what lies within.