This California Home Gets An Addition For Entertaining And Living 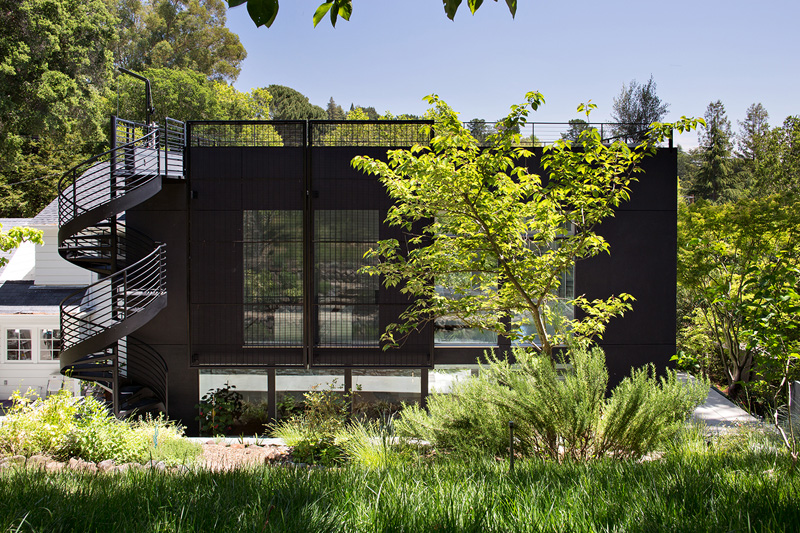 This home in Orinda, California, was given a contemporary addition, designed by Klopf Architecture, together with homeowner and designer Tanja DiGrande. 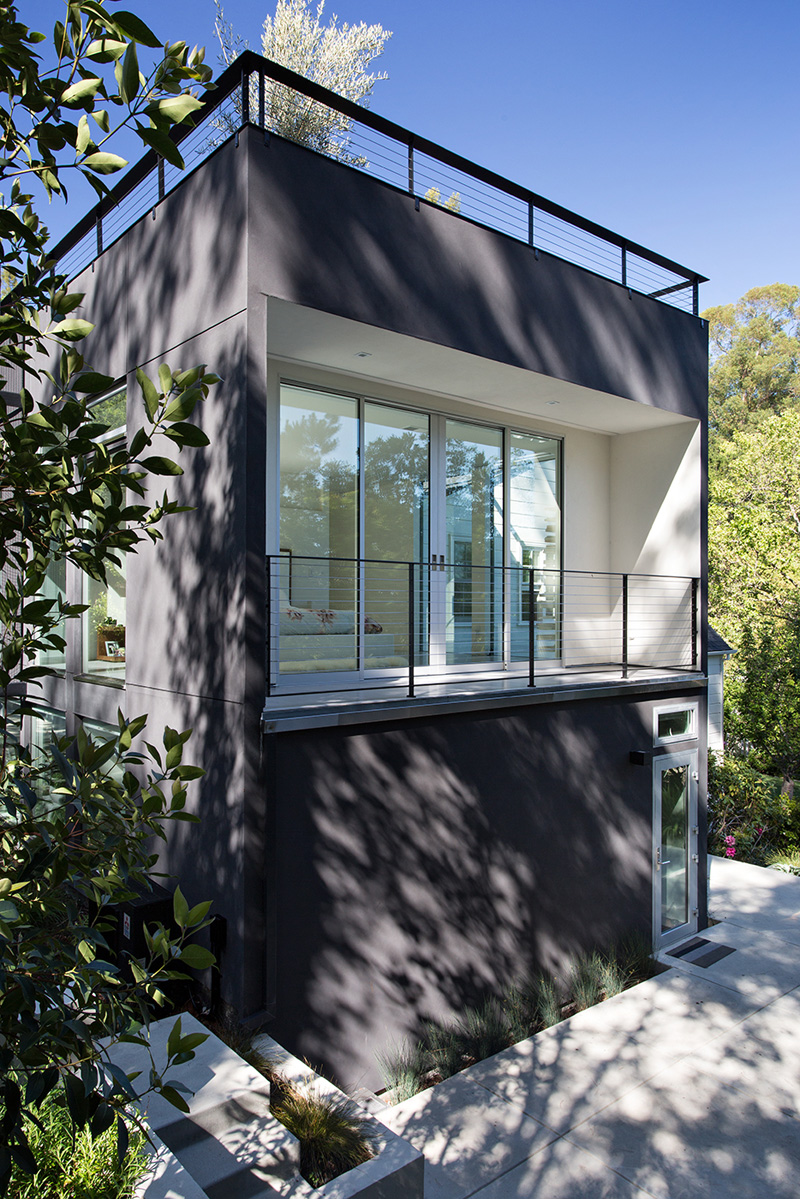 Sebastian and Tanja DiGrande’s quest for natural light and open, modern design led them to Klopf Architecture in San Francisco. 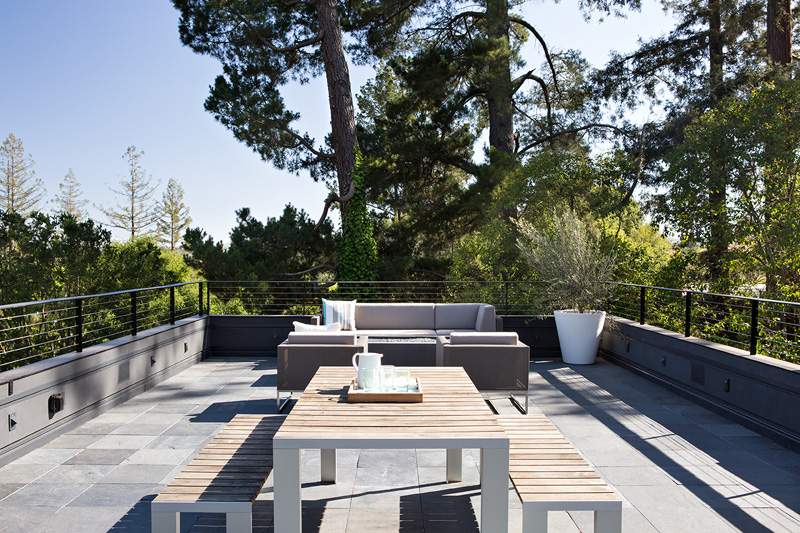 Working hand-in-hand with homeowner/designer Tanja DiGrande, Klopf collaborated on a modern addition to the rear of a traditional-style home. On the exterior, steel elements bring a more industrial modern feeling to the addition from the rear. 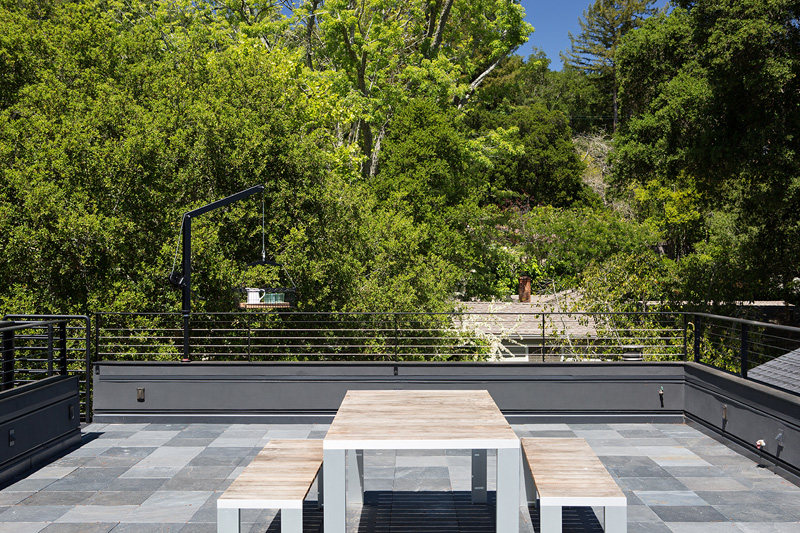 With its dark gray stuccoed walls, dark steel railing, and floor-to-ceiling windows, the exterior of the addition is at the same time an open, modern box as well as a receding volume that acts almost as a backdrop for the house, receding visually out of respect for the original home. 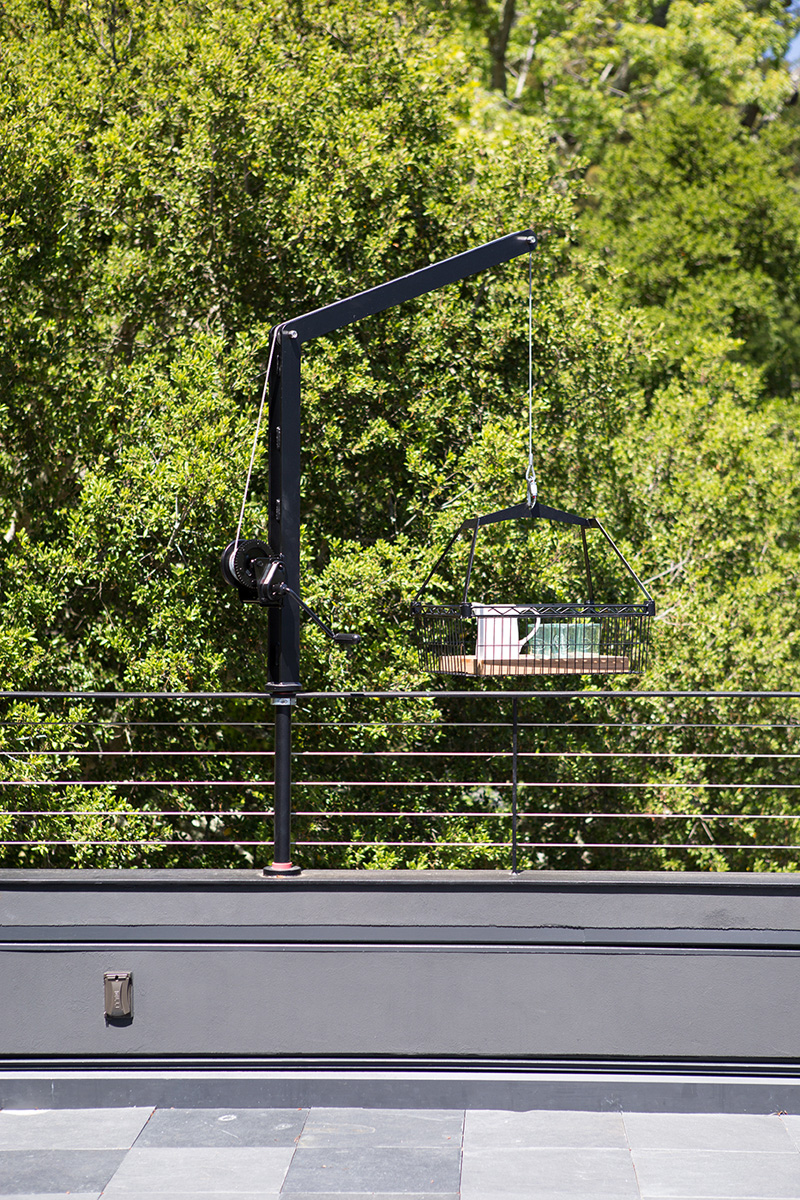 Up on the roof deck, the owners use a boom and crank to bring up food and drinks when entertaining! 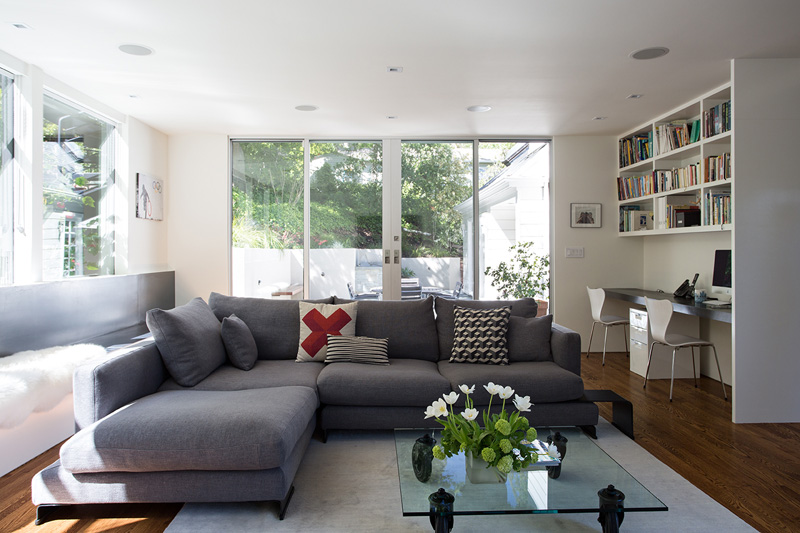 The idea was to depart from the original style completely to draw a distinction between the original house and any later additions, as well as observe a very minimal, clean, gallery-like modern style against which changing daylight, art, furniture, and of course the people provide the color and motion. 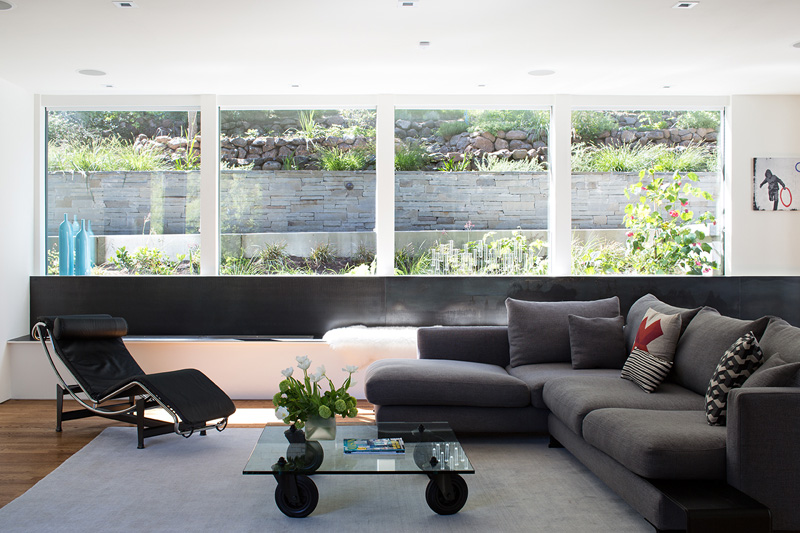 From the interior, windows bring in nature and views from all around the lush property. They also allow views of the original house. 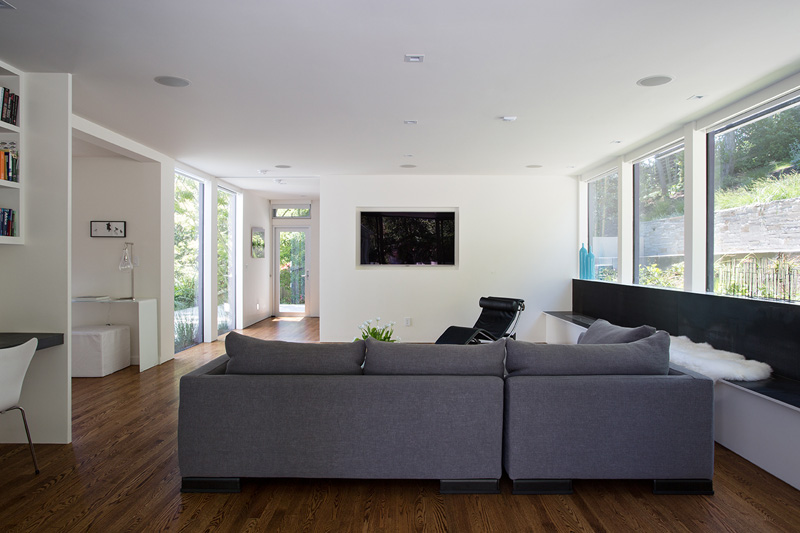 Inside, the simple clean-lined spaces showcase the couple’s minimal, modern taste. The open bathroom epitomizes the clean, minimal style of the addition. 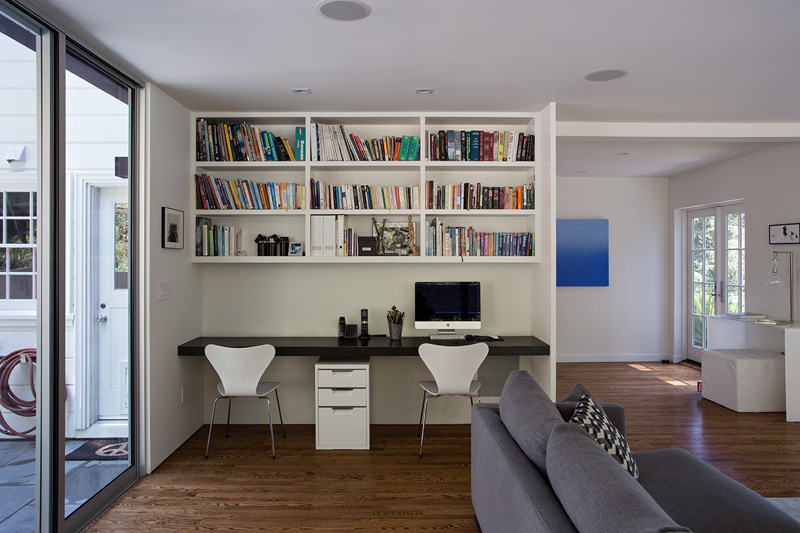 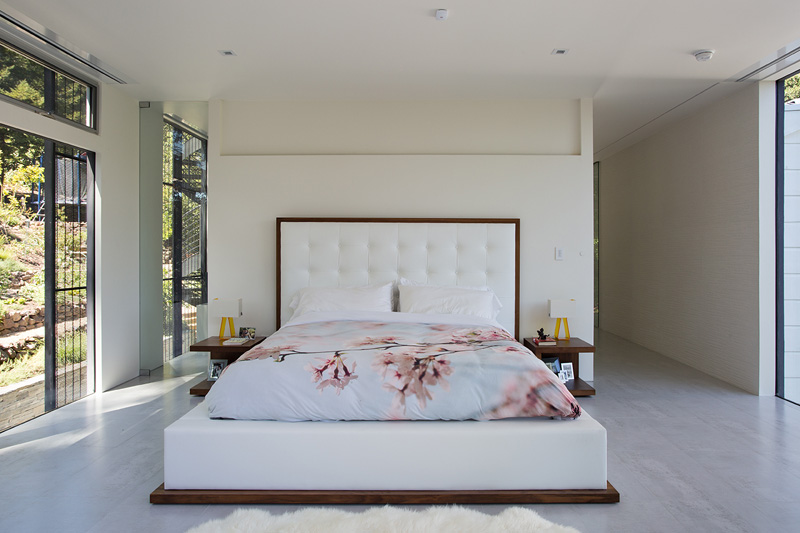 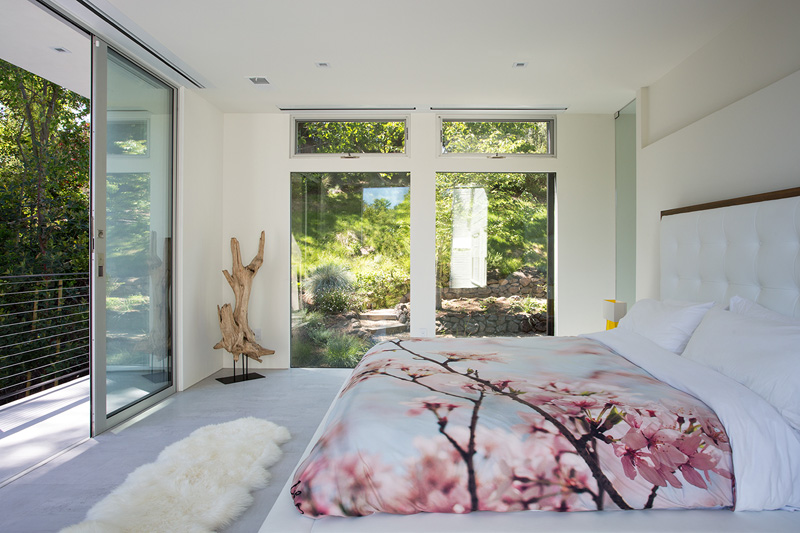 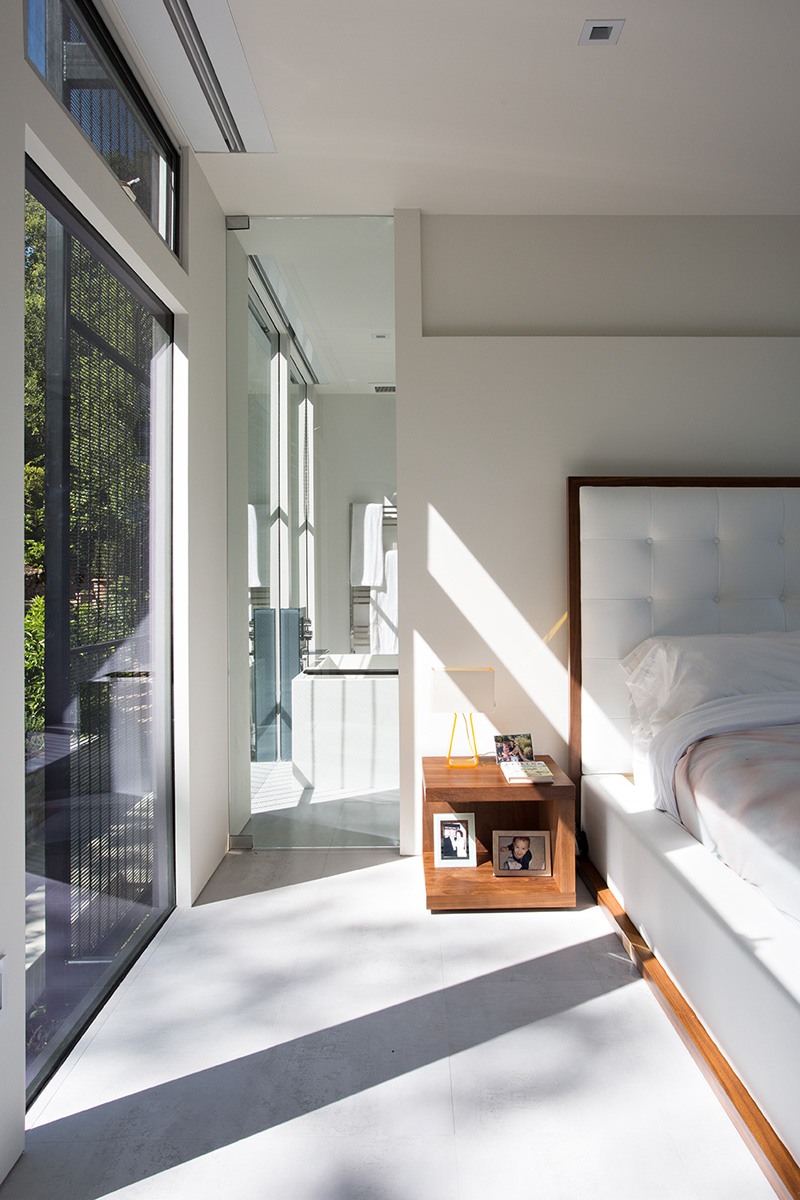 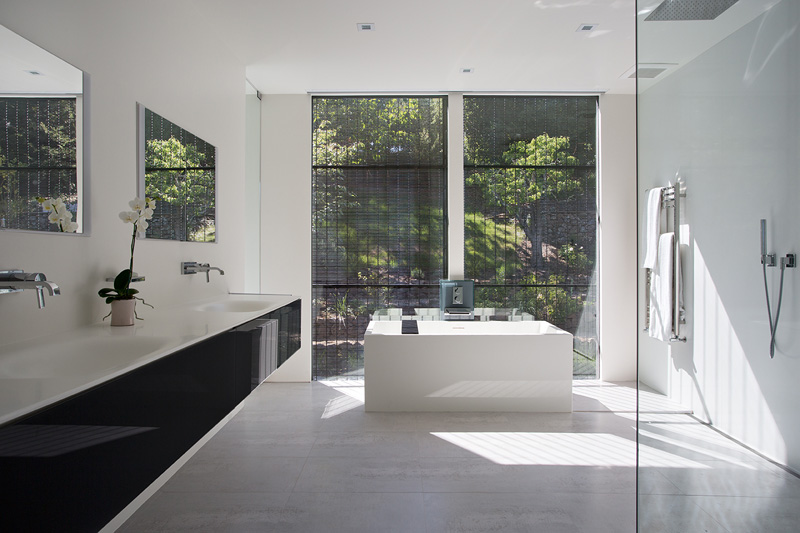 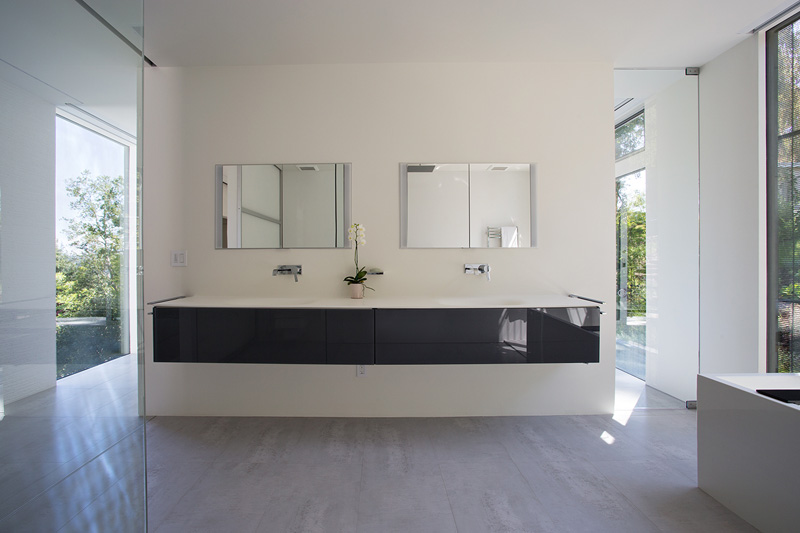 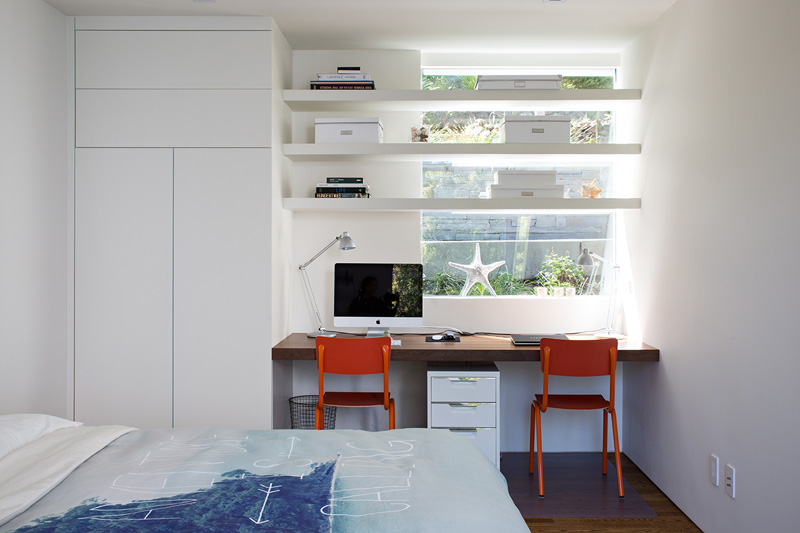 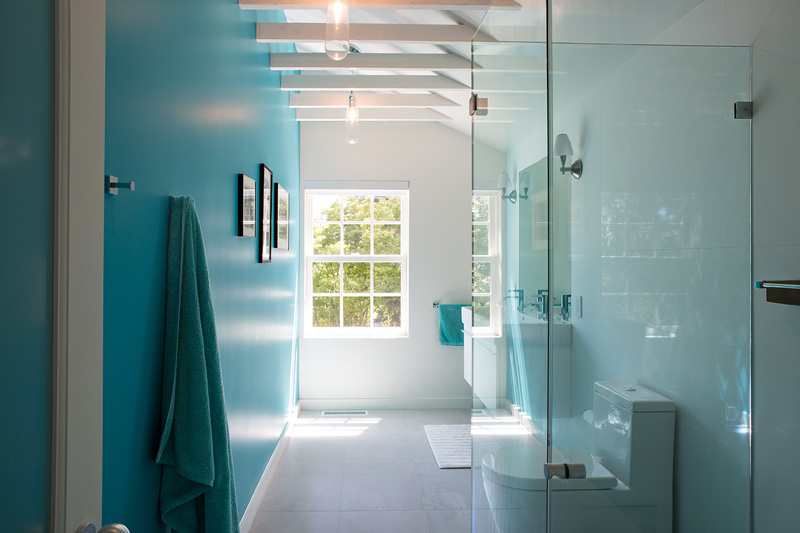