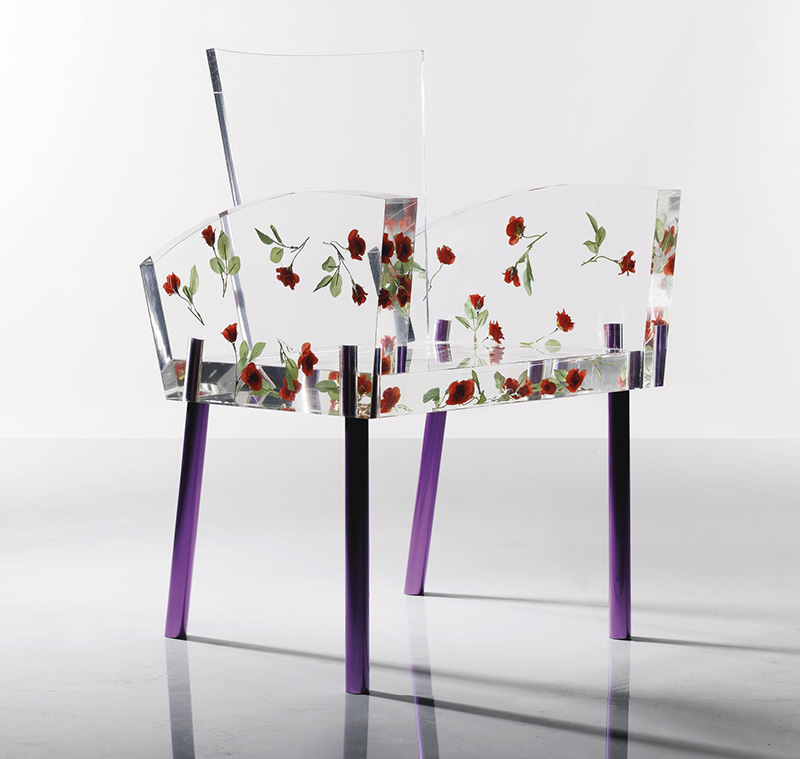 Here is some info from Sotheby’s about the chair:

Named after the famed Blanche Dubois from Tennessee William’s play ‘A Streetcar Named Desire’, Shiro Kuramata’s iconic ‘Miss Blanche’ chair was first exhibited at the exhibition KAGU, held during Tokyo Designer’s Week at Axis Gallery Annex in 1988, a year before its Paris debut at Galerie Yves Gastou in 1989, from where the offered lot was purchased.

The technicalities involved in the production of ‘Miss Blanche’ were complex: the design required that each artificial rose be held in place for extended periods of time until the resin had hardened sufficiently. Experiments with natural roses were conducted, but the flowers would burn up in the acrylic resin, prompting a serendipitous moment when Kuramata decided ‘…it has to be fake [materials] because Blanche Dubois is a fake.’ 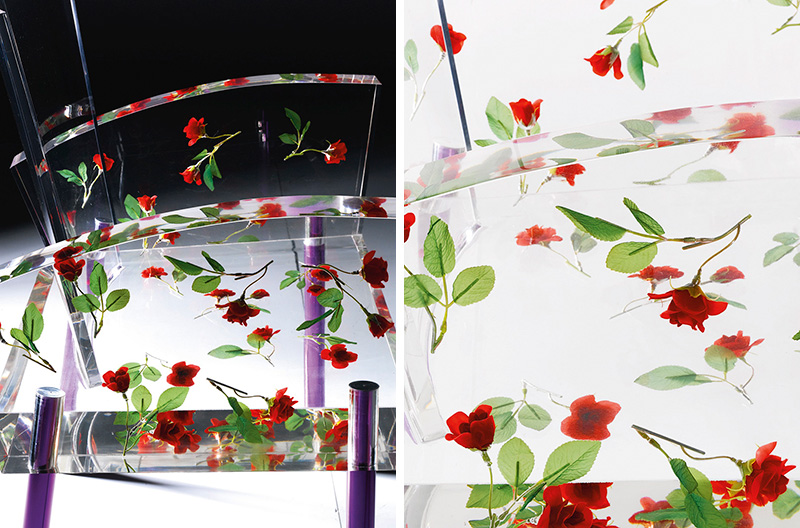