Elding Oscarson designed a home for a family in Mölle, Sweden, that features a glass filled ground floor. 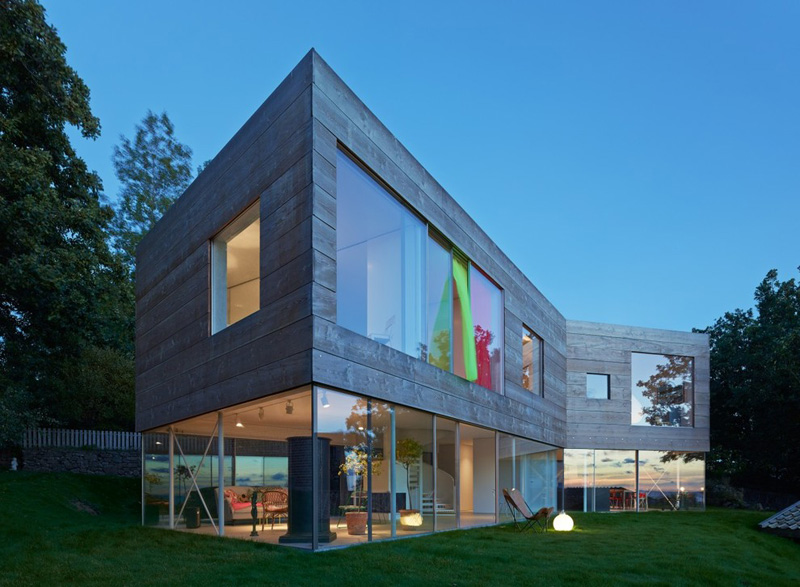 Mölle is an extreme location with regards to topography and landscape, as well as history and aura. Around the turn of the century 1900, Northern Europeans were migrating to “Sinful Mölle” – where men and women were allowed to enjoy each other’s company at the same beach – leaving a trace of eccentric and experimental architecture from the first half of the 20th century. 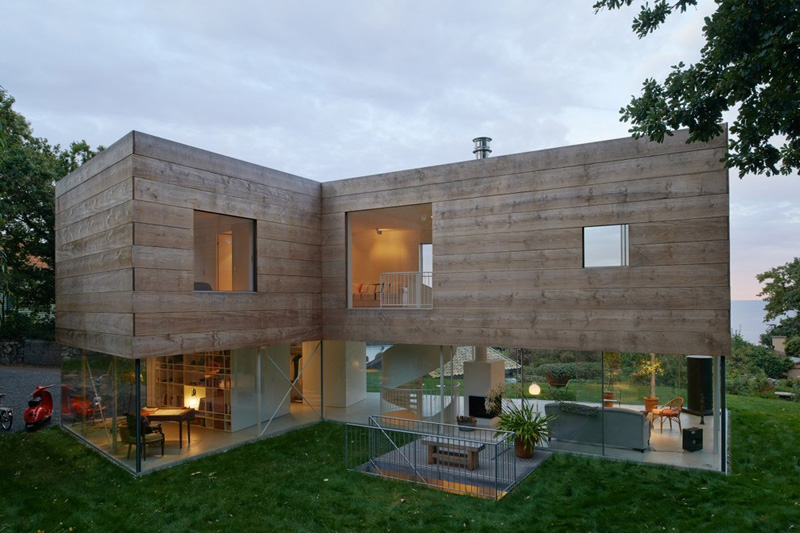 However, from that point in time and onwards, experimentation has been overpowered by conservation. Our shared ambition with our client has been to recover Mölle’s dormant architectural tradition, extrapolating it into the 21st century, while providing a house for generations to come suited an open-minded family, presently with one child. 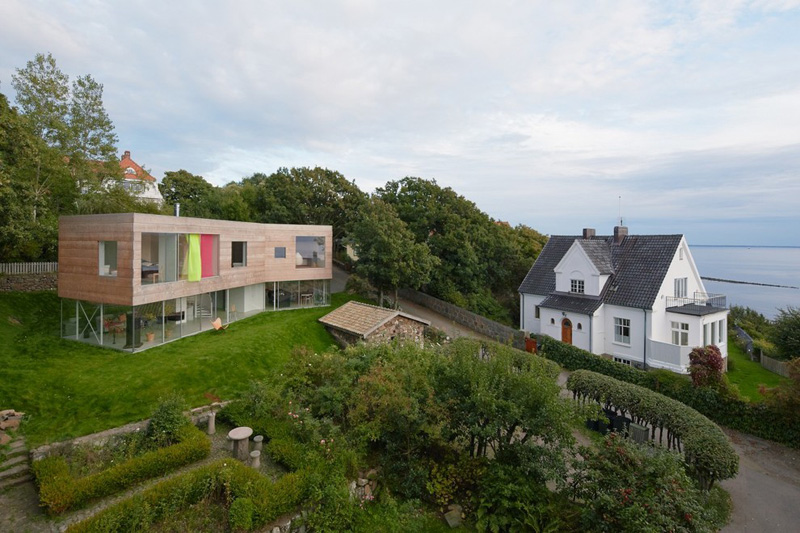 The building expresses both contrast and tenderness in relation to site and context. Its volume has been kept low, without any plinth or pitched roof. Facing Öresund, the terraced site has an ocean view, but the building questions the convention to turn all rooms towards that same view – the site has many qualities all around, with stone and brick walls, vegetation, and an old ice cellar semi-submerged into a hill. 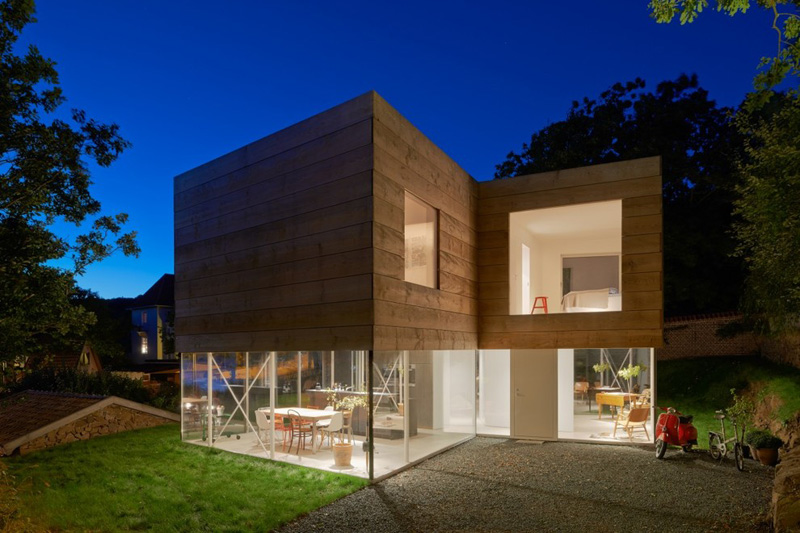 The building’s shape divides the site into different exterior spaces and provides a softly divided sequence to the interior. Not immediately perceptible, the graphic form of the plan results in a building volume that rather reads as a fragmentised whole – from some angles striking, from other angles neat. 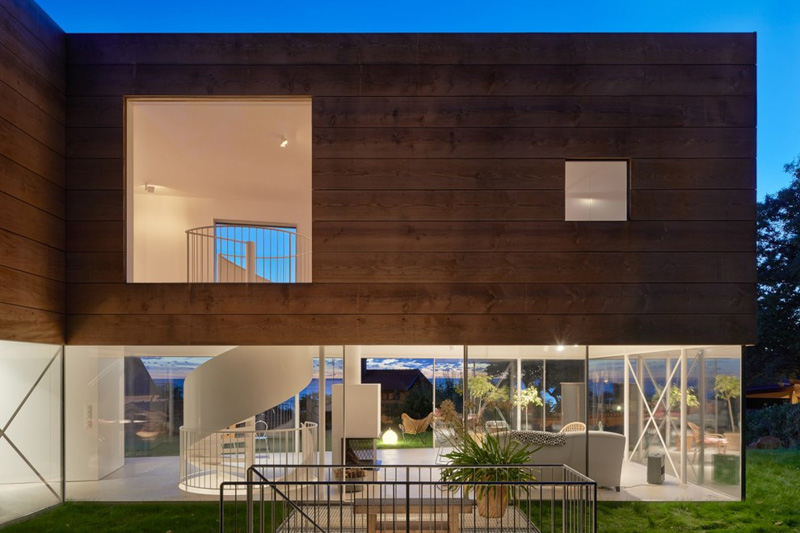 On the ground floor, a pilotis space wrapped in low iron glass, with sliding doors and undivided panes of up to almost 7 metres wide, the garden and its stone walls frame the interior space. 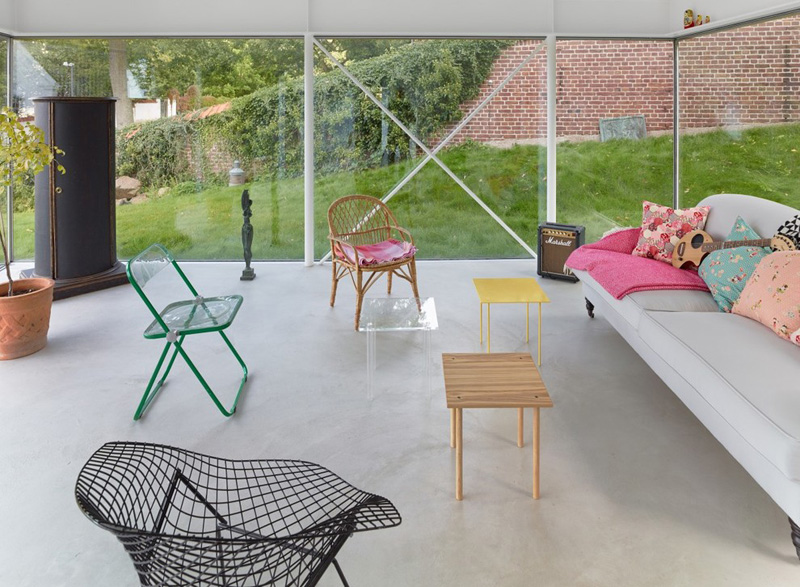 The upper volume is resting on a slender steel structure in an abrupt collision between glass and saw finish douglas planks in jumbo format – a facade which is the first of its kind, just like Mölle’s most famous house “Villa Italienborg”, with its chess-board ethernite shingles facade, was back in the days. 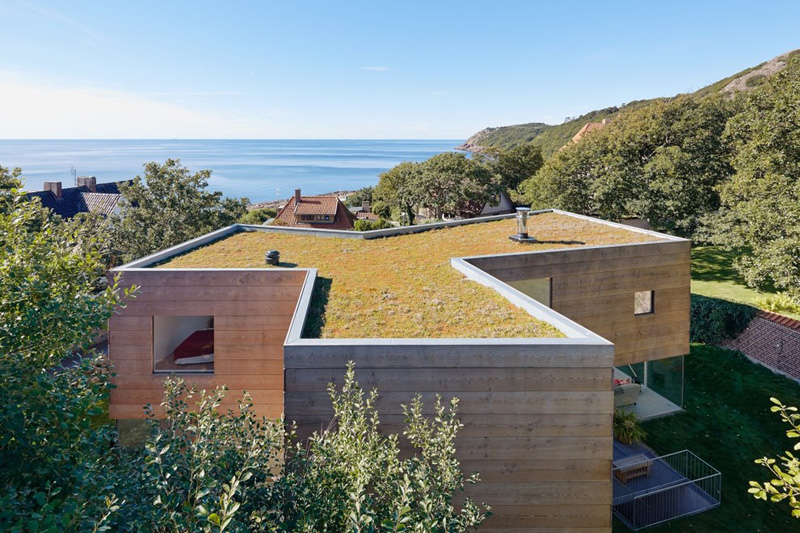