This Japanese Design Studio Has Designed An Office Building For Themselves 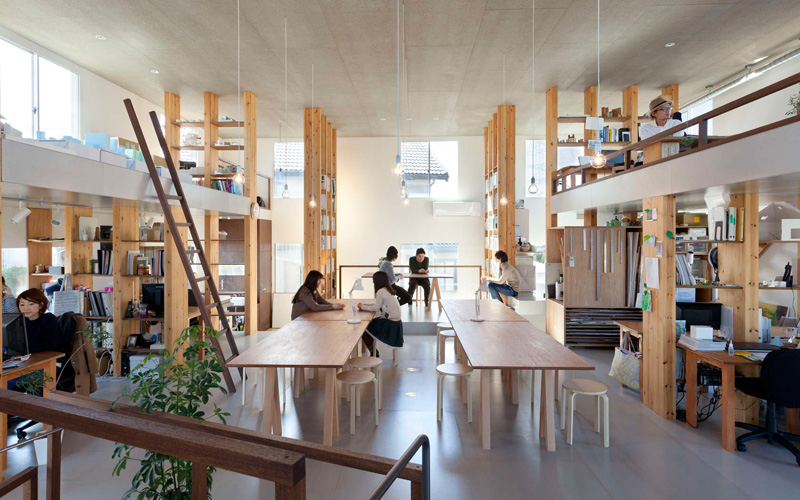 Mamiya Shinichi Design Studio have completed their own workplace in Nagoya City, Japan, that features various levels and a grove of wood pillars. 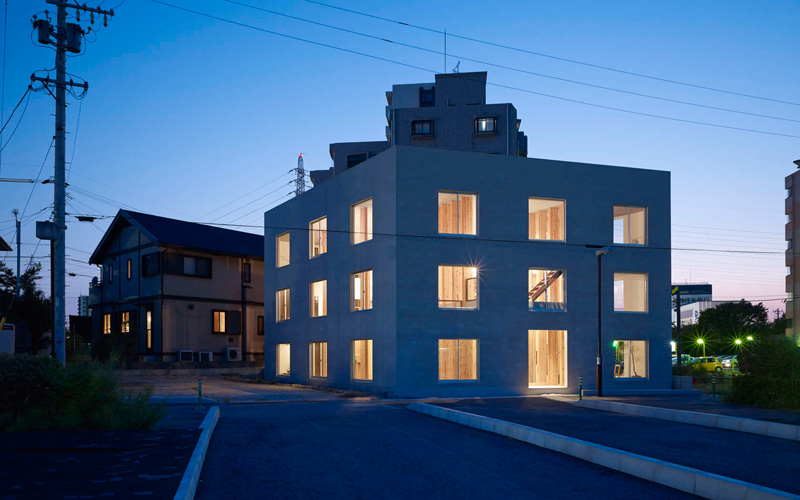 The site is located in a suburb of Nagoya City, near the last stop of a metro station, and facing a major arterial road. A large development project being undertaken in the surrounding area, will transform the site in years to come. 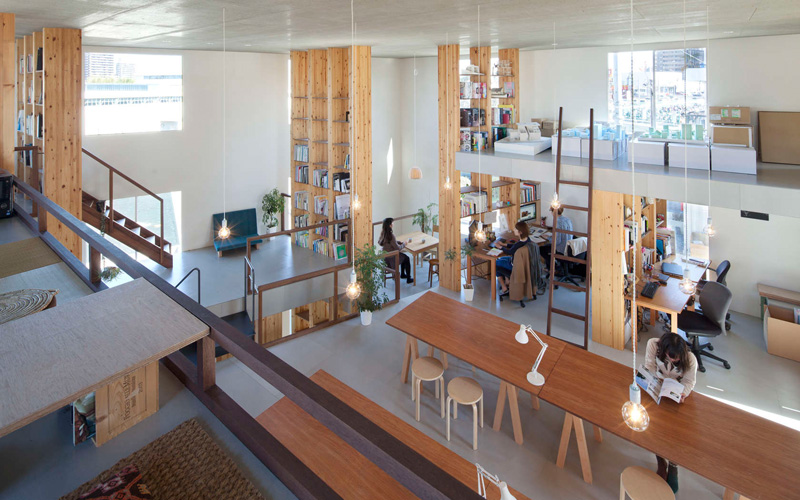 The following points were focused on to carry out the project:
– Creating the image of a fresh space that will play a key role in our company’s future development.
– Encouraging rich communication between the staff.
– Exploring the possibilities of a wooden structure. 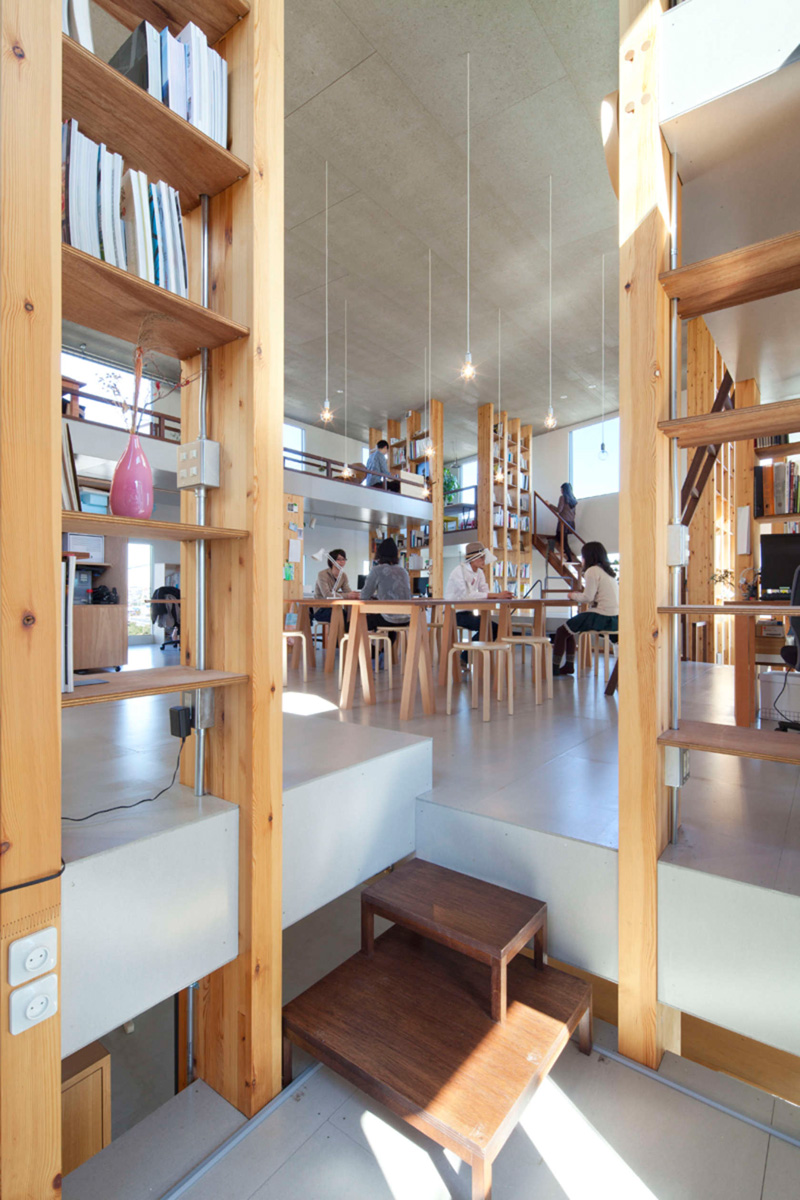 The construction was planned with the following considerations in mind…Firstly, concerning the placement of pillars, 30 pillars were placed in a hash-tag layout allowing the creation of a structure that has no load bearing walls inside. 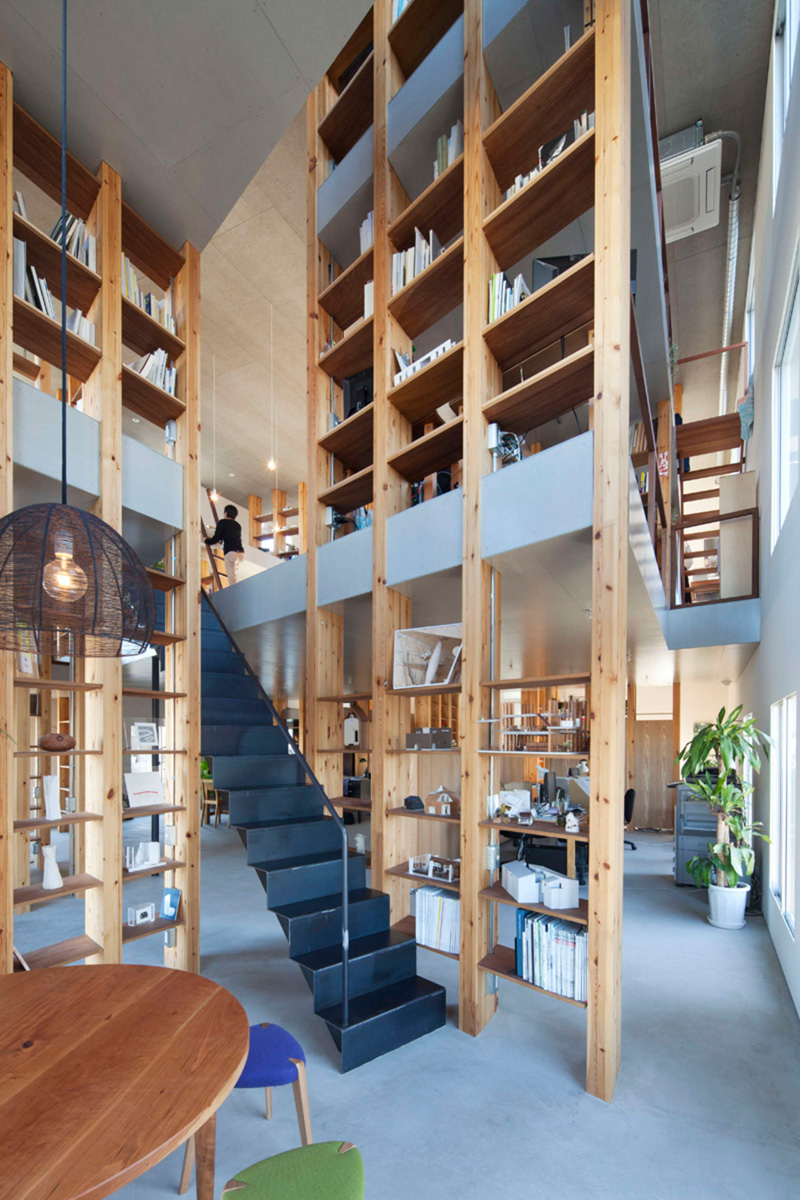 Secondly, with regard to the slabs, free-arrangement of the slabs produced differences in height allowing the staff to choose their own custom spaces in the office. 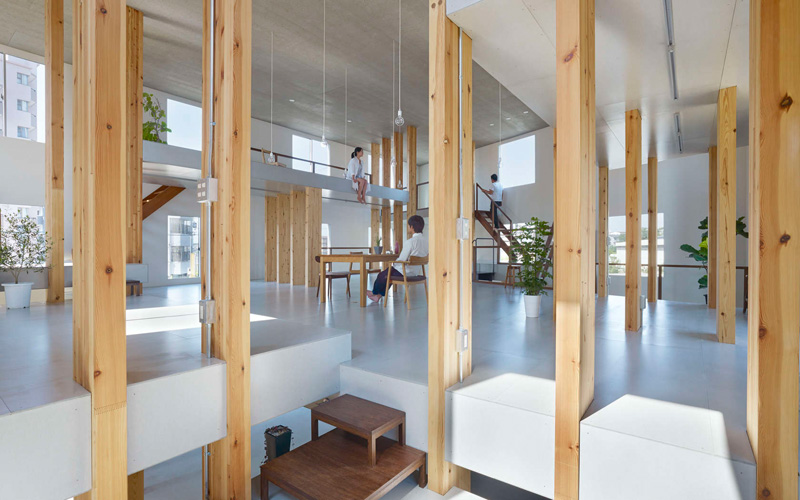 Thirdly, regarding the exterior, same-sized openings cover all four walls and give a classic look to the main facade, and provide it with the impression of durability. All of these elements came together to create an intentionally designed space that could bear unintended and surprising forms of functionality. 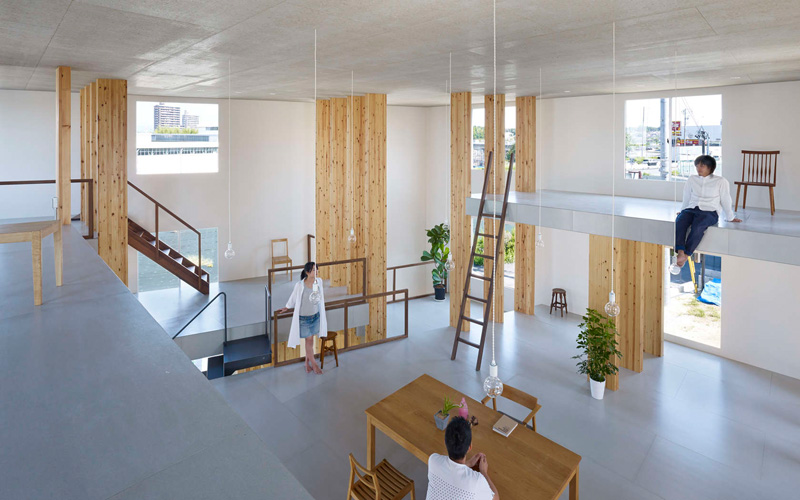 Characteristics such as windows cut-off by slabs, windows placed in inaccessible locations, and the staircase peaking out from between slabs contribute to a rich, unusual space, a space that provides the feeling of being in a grove, accomplished through the sunlight shining down via windows on the walls surrounding the inside, even though the space was created artificially. 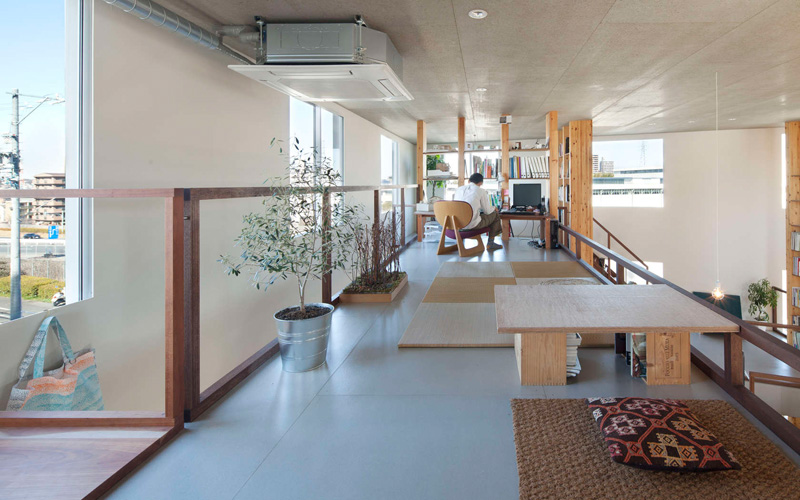