This Sculpture Made From 68,000 Clothespins Is Like A Wood Tornado 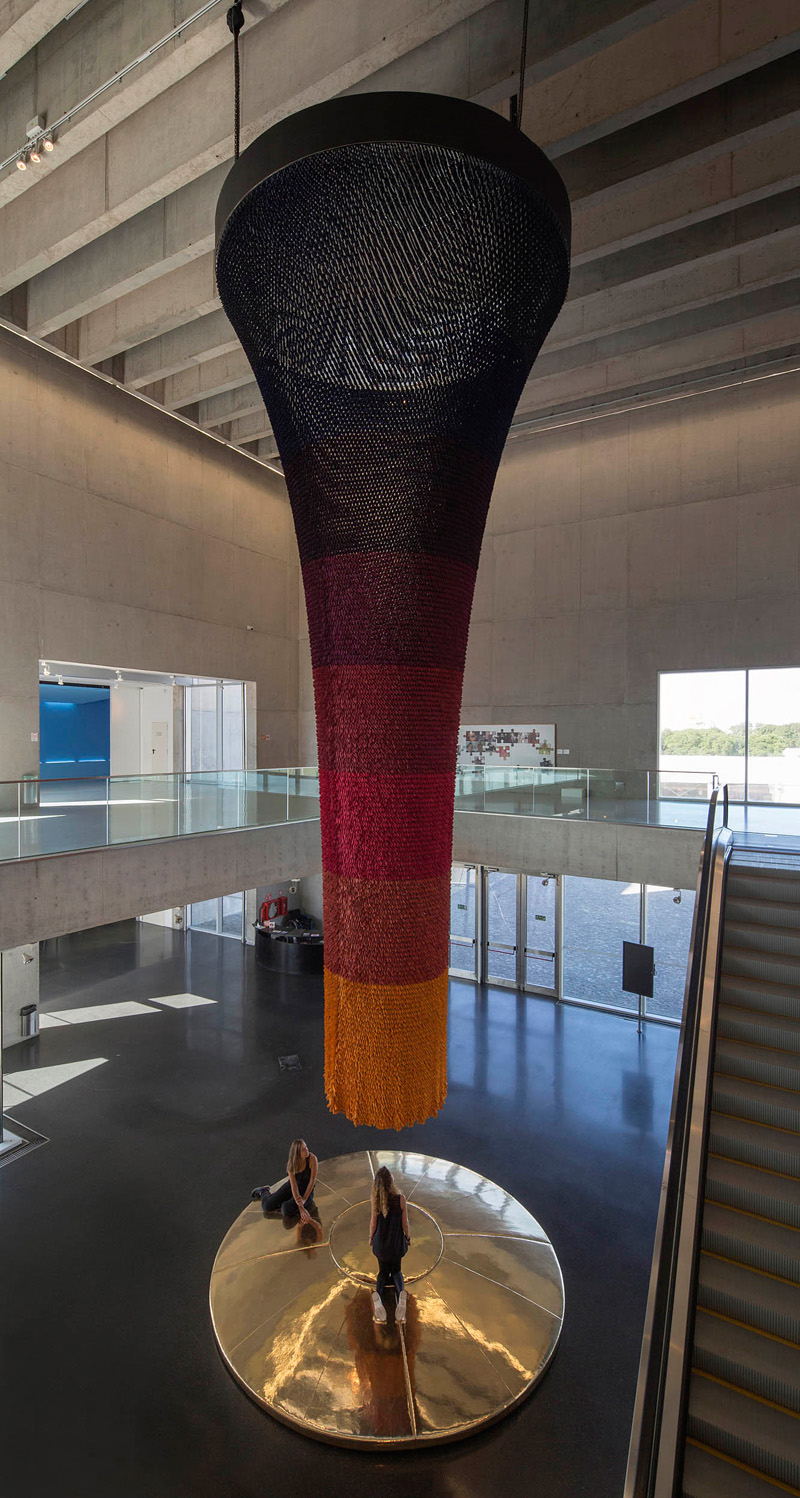 Martin Huberman and Normal™ Studio, have created “Sunrise Tender Vortex,” a sculptural installation on display in the entry hall at the MAR Museum in Buenos Aires, Argentina. 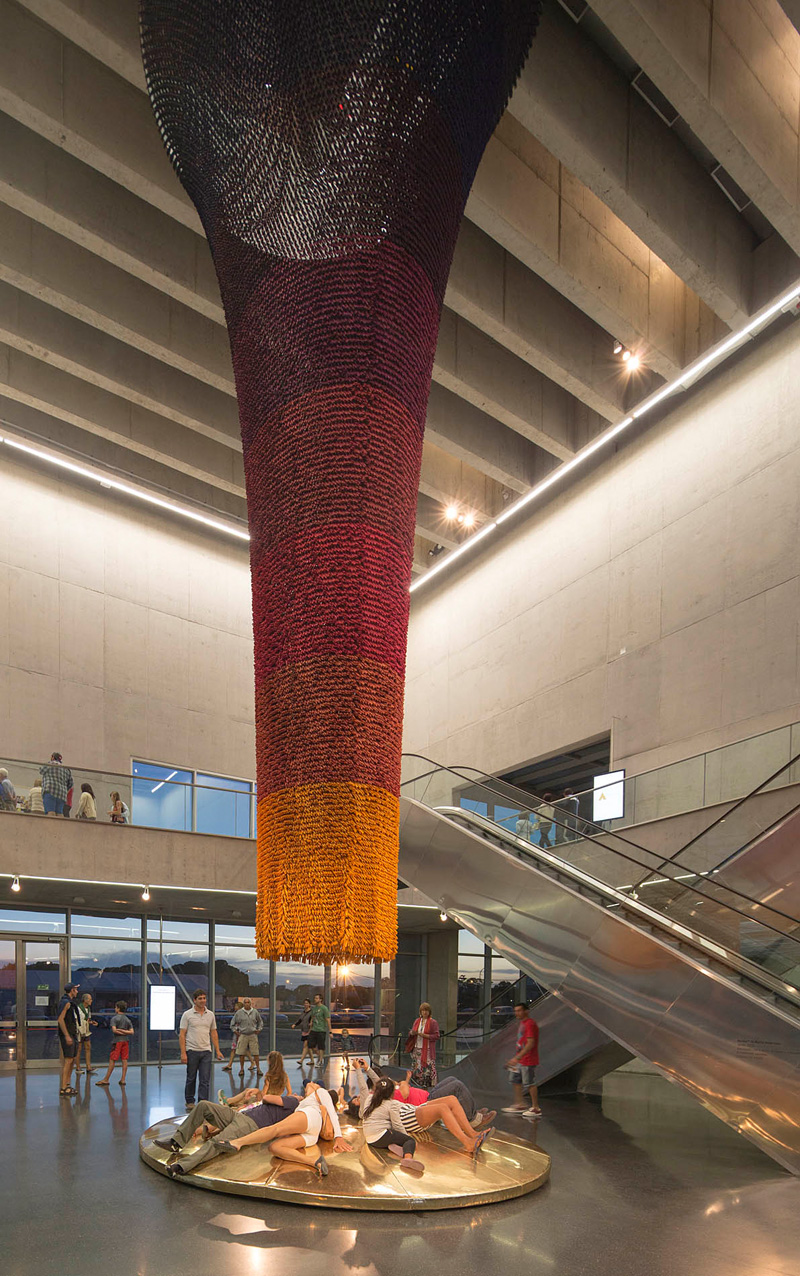 Tender Vortex attempts to provide a simple and honest translation of human fascination with natural phenomena, evidencing the sentiment that leads us to observe, study, grasp, represent, and even wish to “inhabit” those phenomena, if only for an instant. 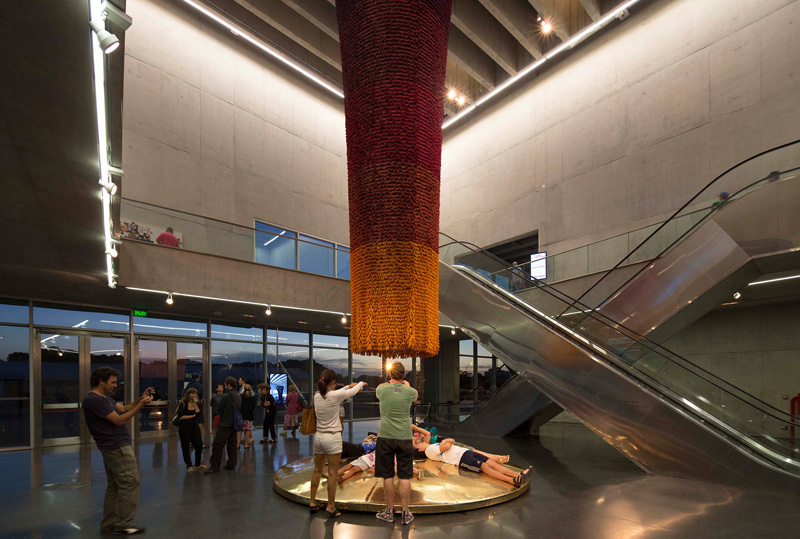 Inspired by the pictorial-scientific imaginary that underlies the study of tornados, hurricanes, and storms, and by the sheer pull of their simple and powerful forms, we attempted to test the tender as material language, using it to construct a full-scale wooden tornado. 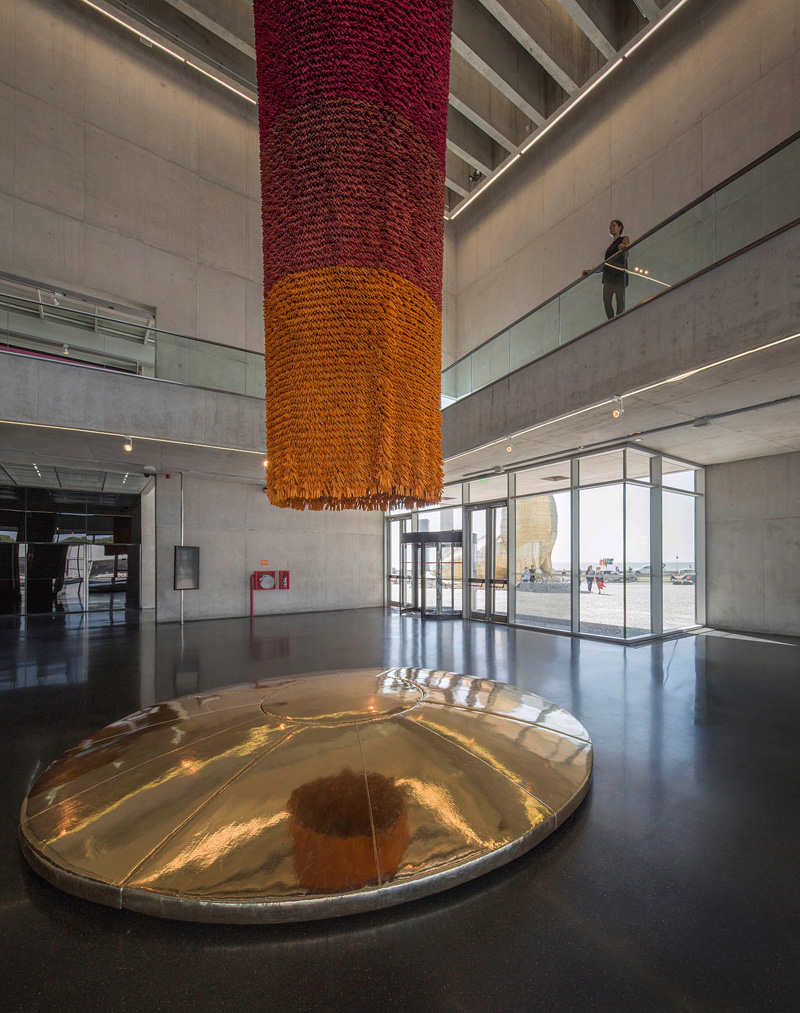 The chromatic scale of Vortex and the resting place beneath it, the two works in the sculptural pair also on exhibit at MAR, is inspired by the wondrous sight of sunrise on the sea, where the sky is broken down as night becomes day. 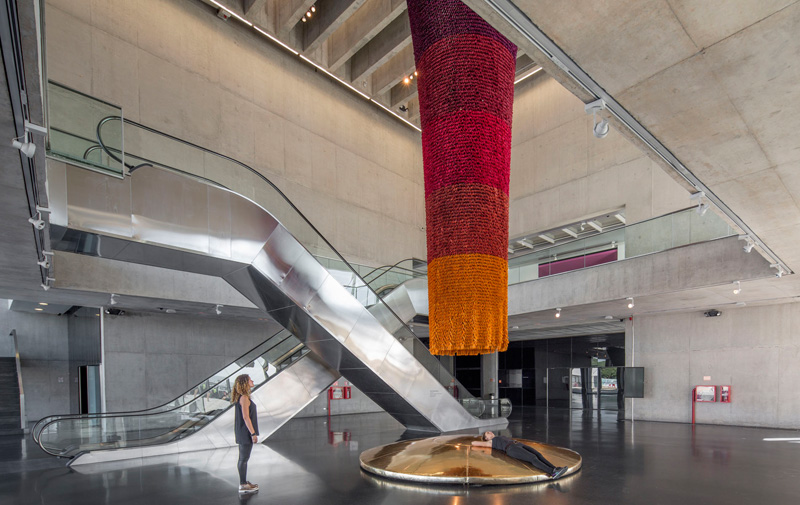 The same spectacle takes place again hours later at sunset when day turns into night. The work is inspired by that moment of natural light that culture has given a name of its own, as if it were a rite of passage involving dueling forces—night and day—a meeting of opposites that cannot coexist.

That precise moment when the sun comes on the horizon is eternally frozen in a work that interrogates the qualities of human desire as manifested in science, which observes and attempts to understand and to reconstruct what ensues in nature, on the one hand, and, on the other, in the fantastic, which endows natural phenomena with the power to divide reality and to act as a gateway to other worlds, like Dorothy traveling to Oz. 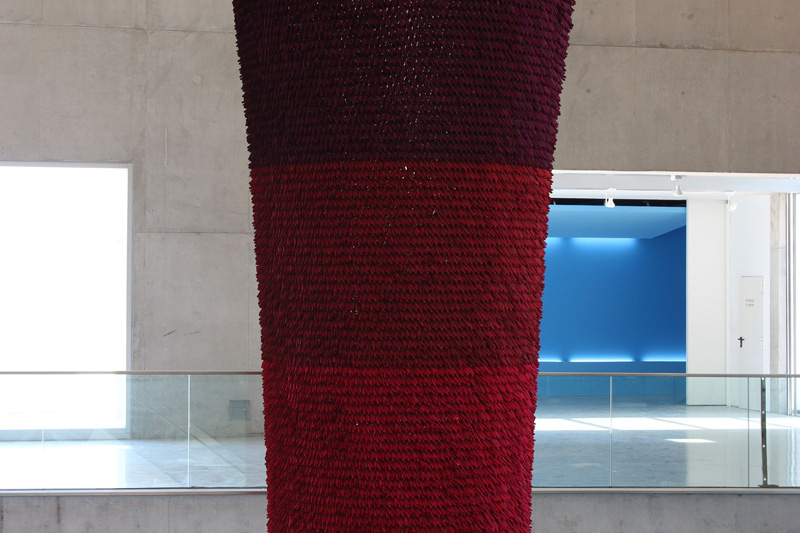 From the simplicity of the clothespin as constructive unit to the complexity of seeing oneself reflected in the eye of a frozen storm at the end of a tunnel of color, the work attempts to make an impact, to open up spatial awareness, and to reawaken viewers’ senses to commonplace encounters with the vastness of the natural world. 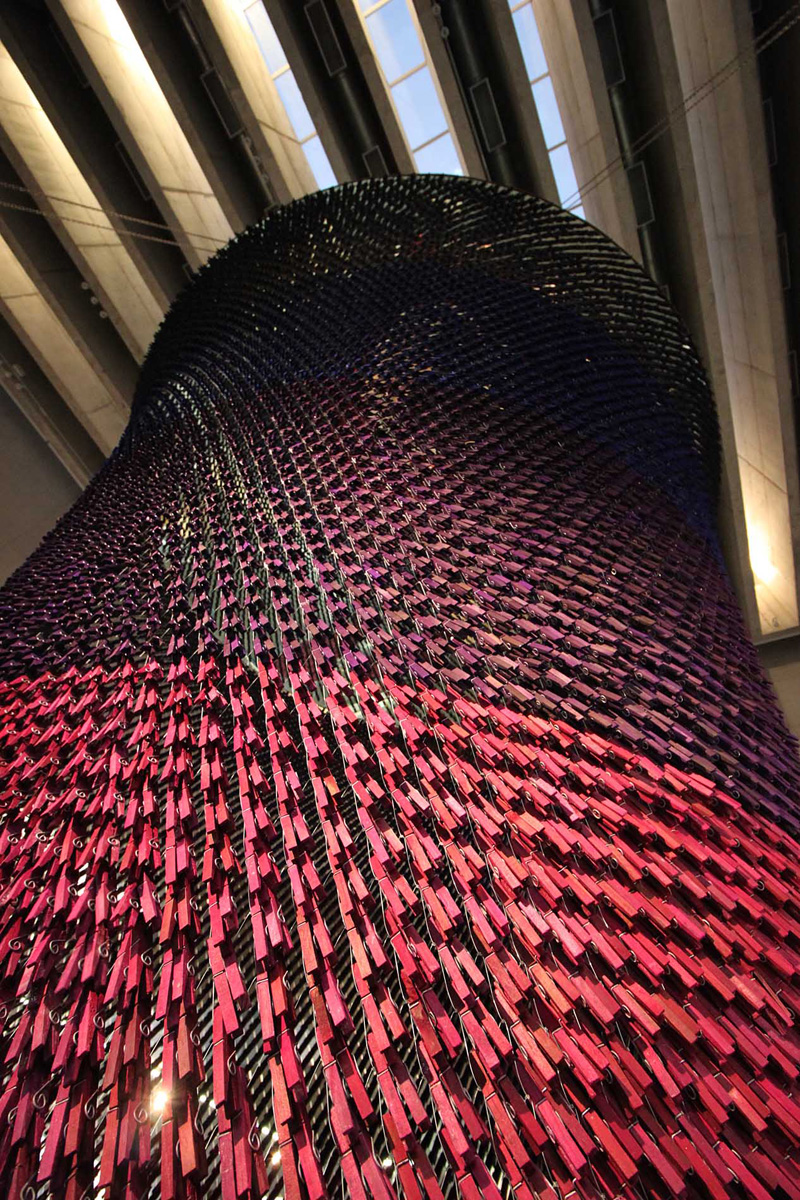 The two pieces exhibited in the show Horizontes de Deseo at Museo Mar in Mar del Plata (Sunrise Tender Vortex and Paraguas Armadura) come from two different lines of formal research or “families” that the studio has been pursuing steadily for some years; their origins are as disparate as formal and historiographic-conceptual research. 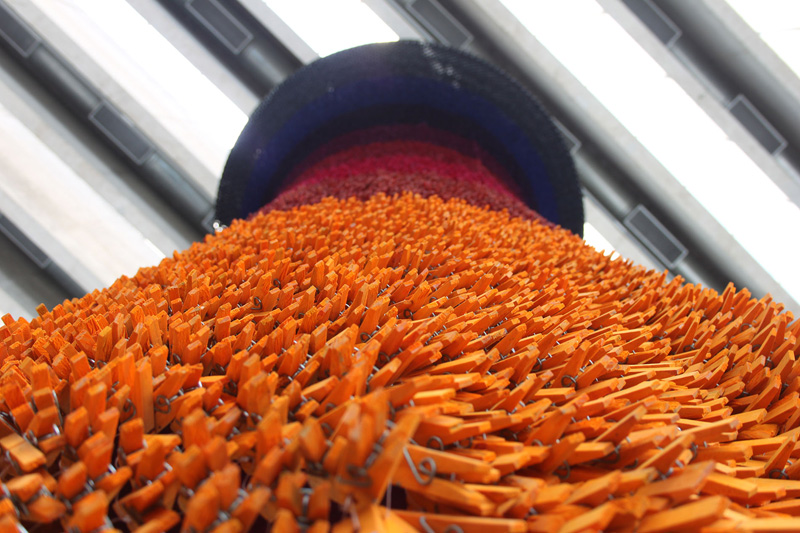 Nonetheless, both works address a common concern: making the invisible—in this case, gravity—visible. 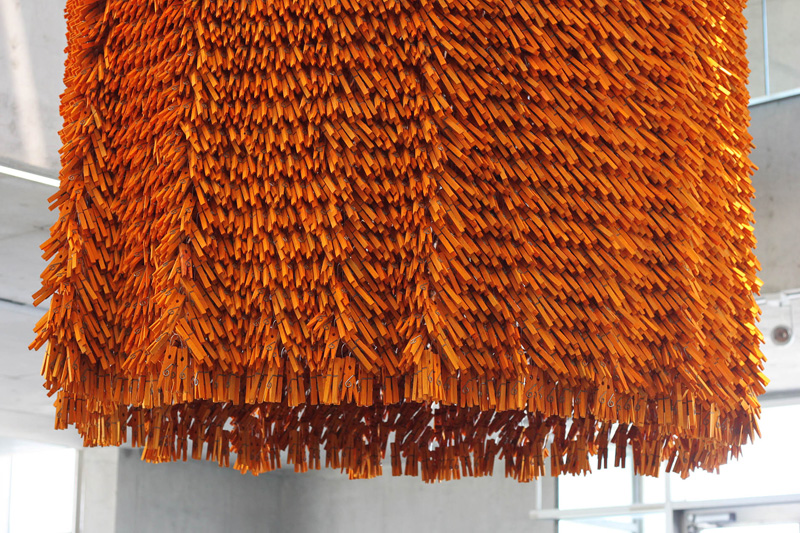 Embedded in the final form of these works is the effort to render evident how gravity operates on them, a concern that lies at the core of almost all the research carried out by Normal™. 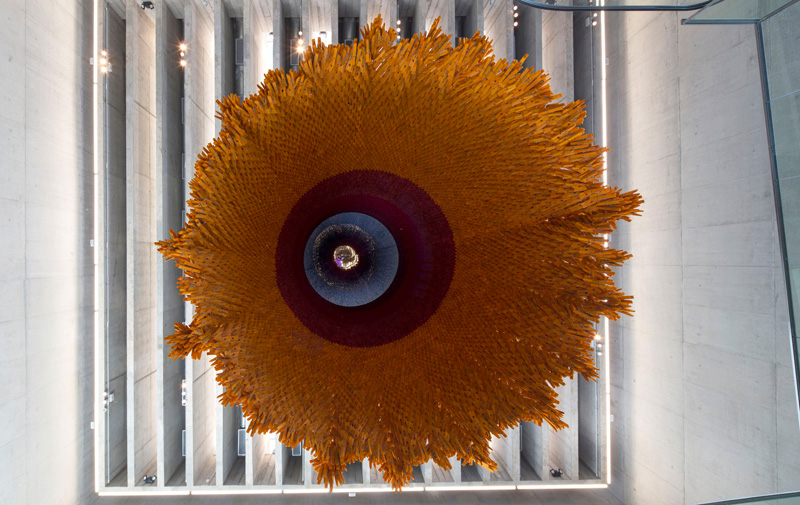 At stake is the possibility of rediscovering beauty in the existent by means of a sensorial yet informed re-reading. 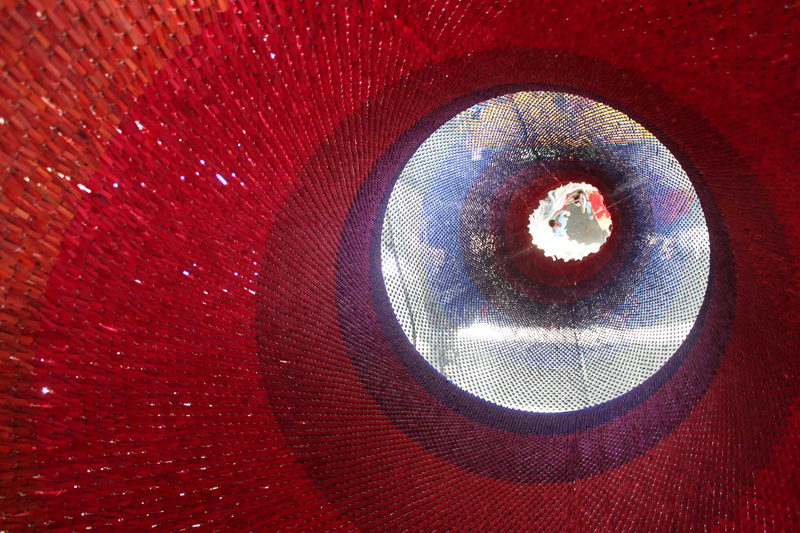