This Special Glass Could Allow Windows To Harvest Solar Power 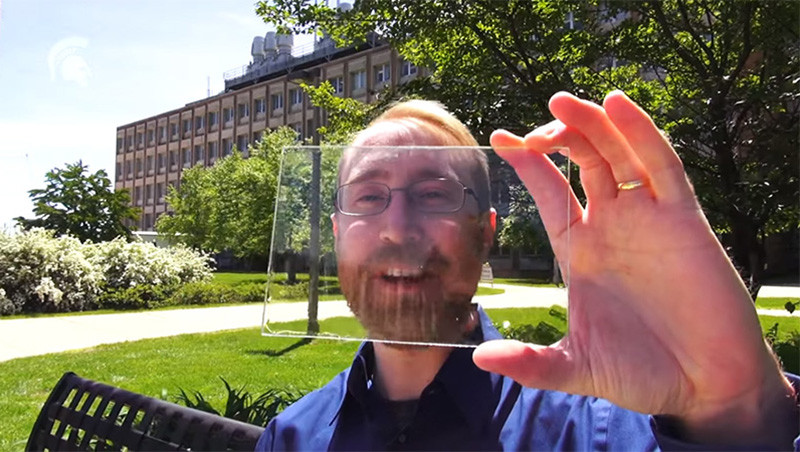 Solar cells aren’t just big dark panels any more. Professor Richard Lunt, of Michigan State University, has developed transparent solar cells, which could allow the windows in buildings to be turned into a solar harvesting surface.

These transparent solar cells can be integrated during the window manufacturing process, but older buildings can also be retrofitted by placing a laminate version of the cell on existing windows.

The cells work by guiding the light it receives to the edge of the glass, where it meets thin strips of solar cells, that then convert the energy into electricity.

The goal is to have skyscrapers covered in the cells, essentially turning them into solar farms, allowing enough energy to be captured to power the entire building.

Watch the video below to learn more