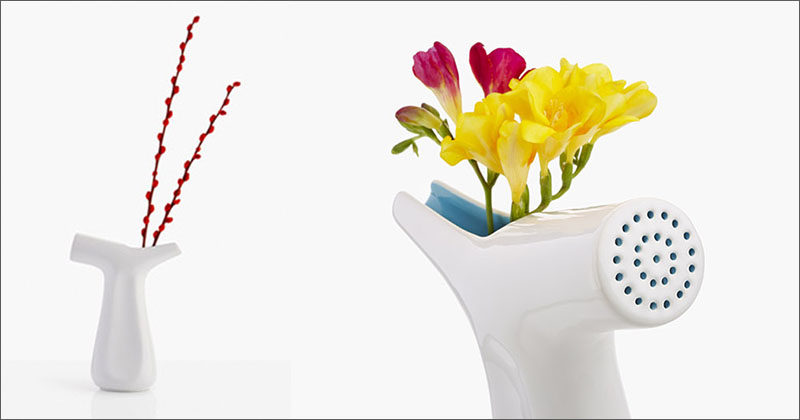 Athens-based designer, Aristotelis Barakos, has created a ceramic watering pot that isn’t just a watering pot, but is also a decorative item as a flower vase.

Let’s have a look at the design and creation process…

As with most designs, everything starts out with an idea and a sketch. 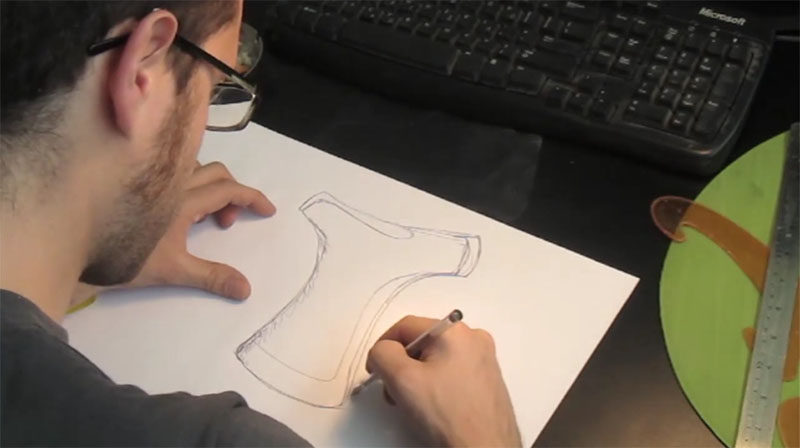 Once the design is finalised, a mold needs to be created to be able to make a master design. Here you can see the master design being turned on a lathe. 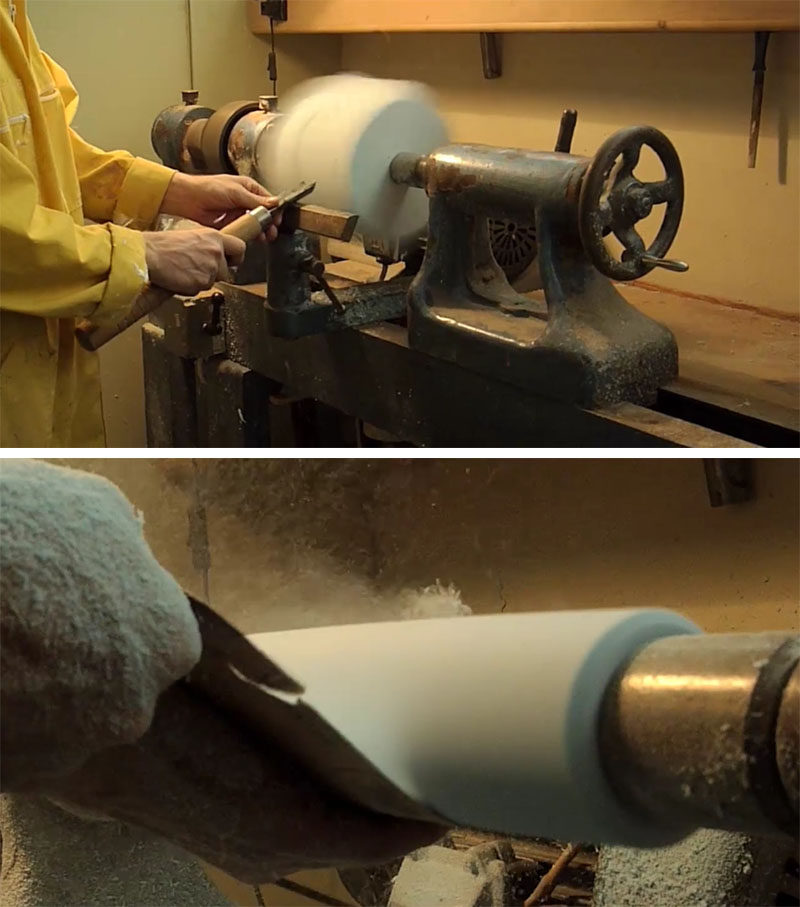 The master design is then used to create a master mold.

The two halves of the master mold are then put together, and a liquid ceramic is poured into the mold, filling the void. This technique is called slipcasting. You can also see the master in the background on the top left of the first photo. 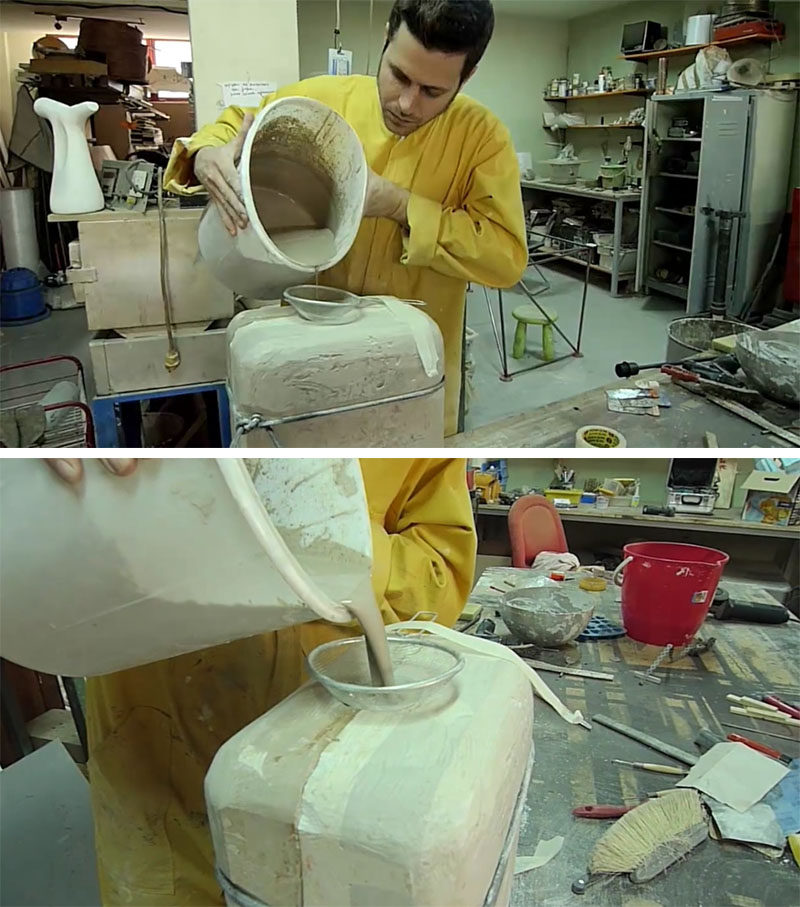 Once the newly poured piece is dry, it’s then removed from the mold and a glaze is applied. Next it is off to the kiln to bake. 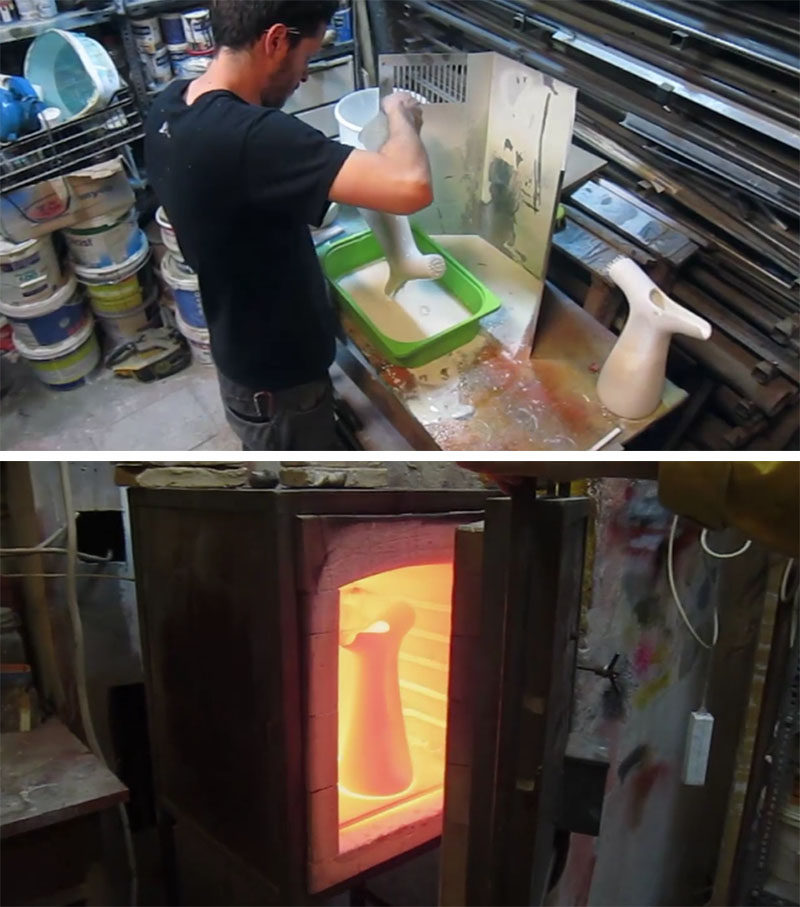 The end result is the Two Way Watering Pot, a functional and decorative item, that’s a watering pot and a vase. 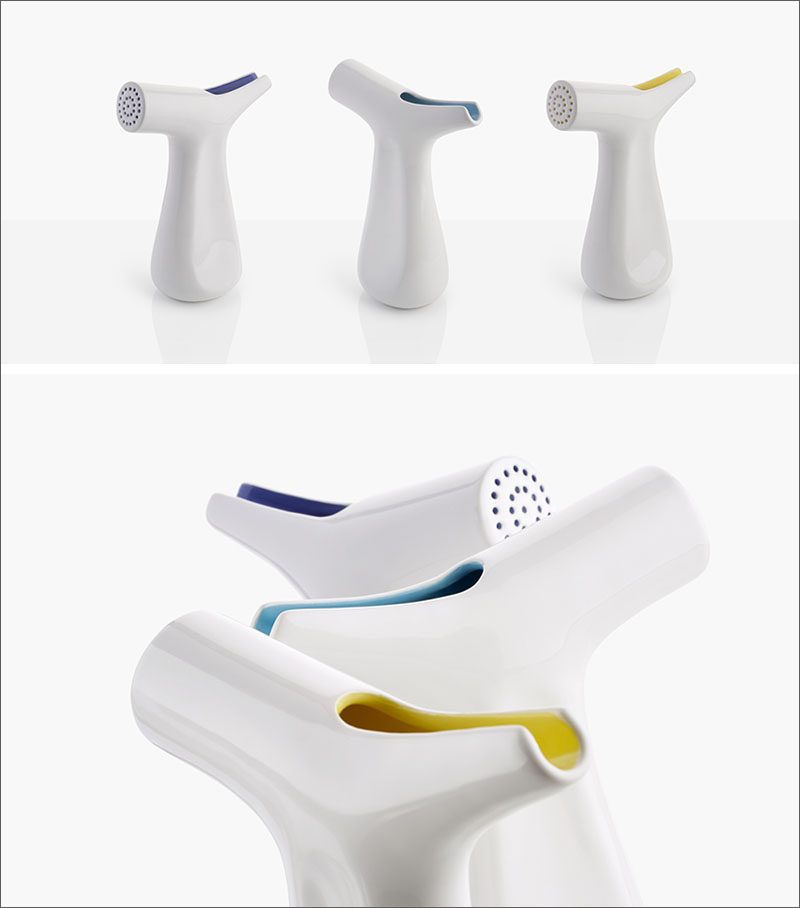 Due to its design, you can also use the watering pot in one of two ways, the first, a ‘sprinkler’ for general watering, and the second, a narrower spout, perfect for pouring water directly at the base of the plant. 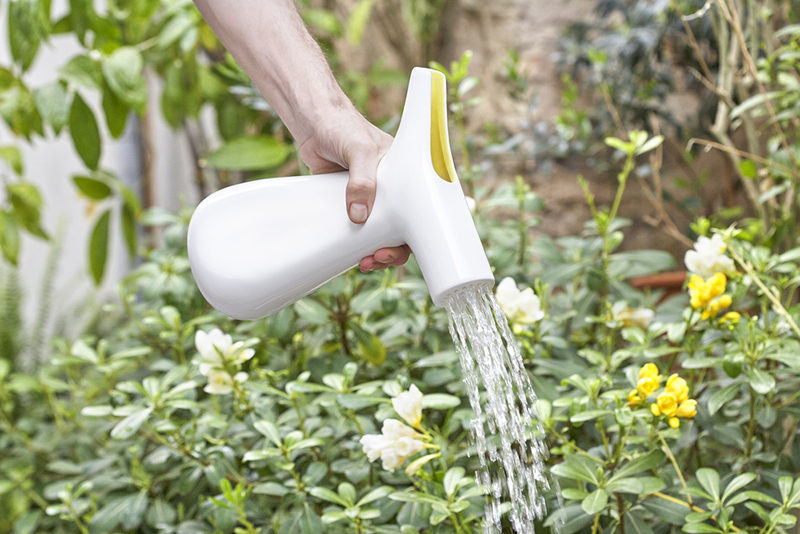 You can hide the watering pot in plain sight by putting some flowers in it and using it as a vase. 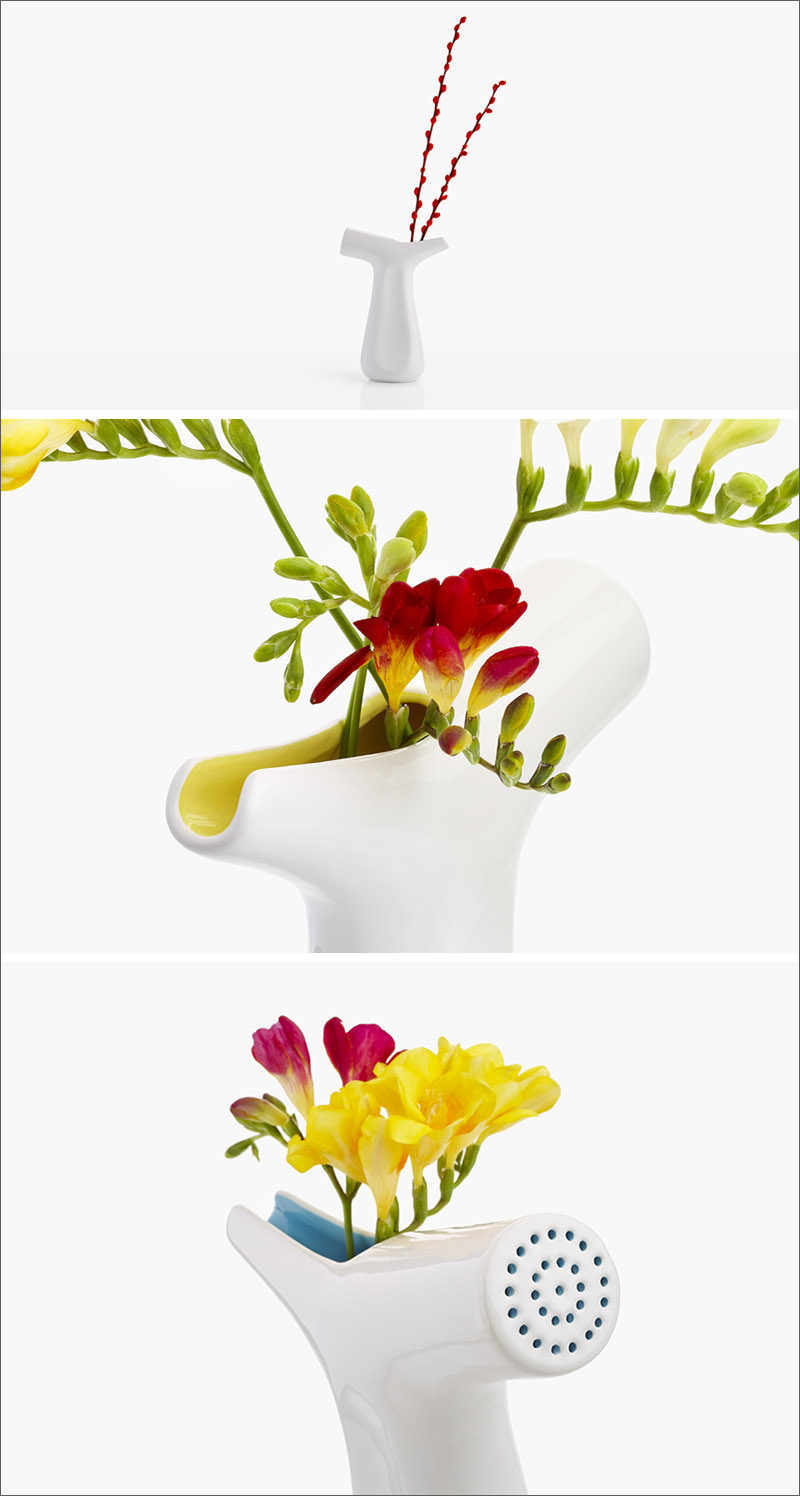 Watch the video below to see the full creation process.