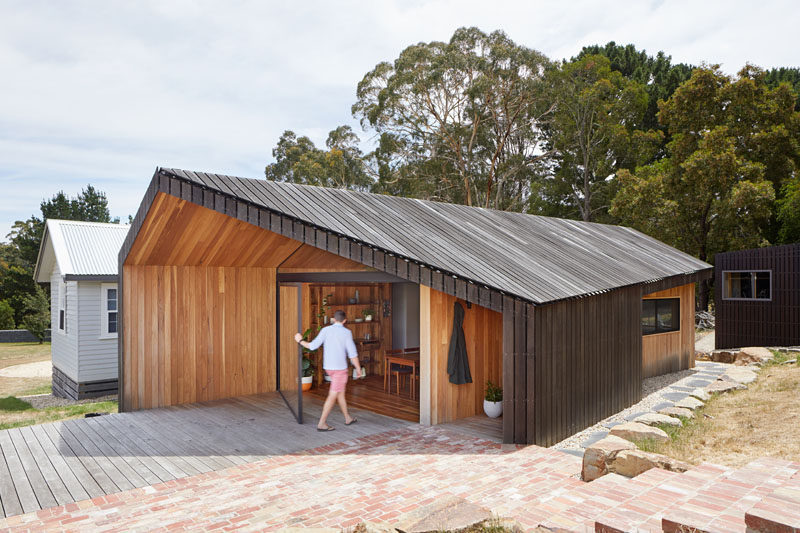 Solomon Troup Architects have designed a modest and modern wood addition to an existing dwelling on a rural Australian property. 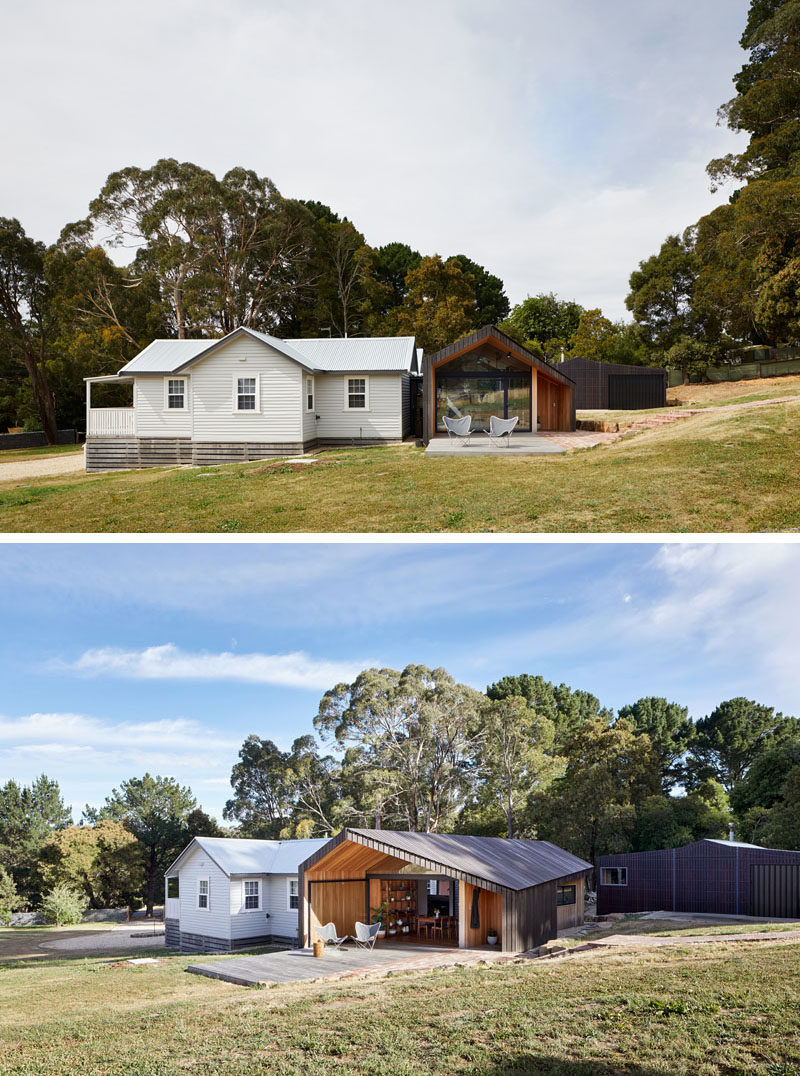 The form of the addition was inspired by the dilapidated timber shearing sheds (lean-to structures) that inhabit the local area. 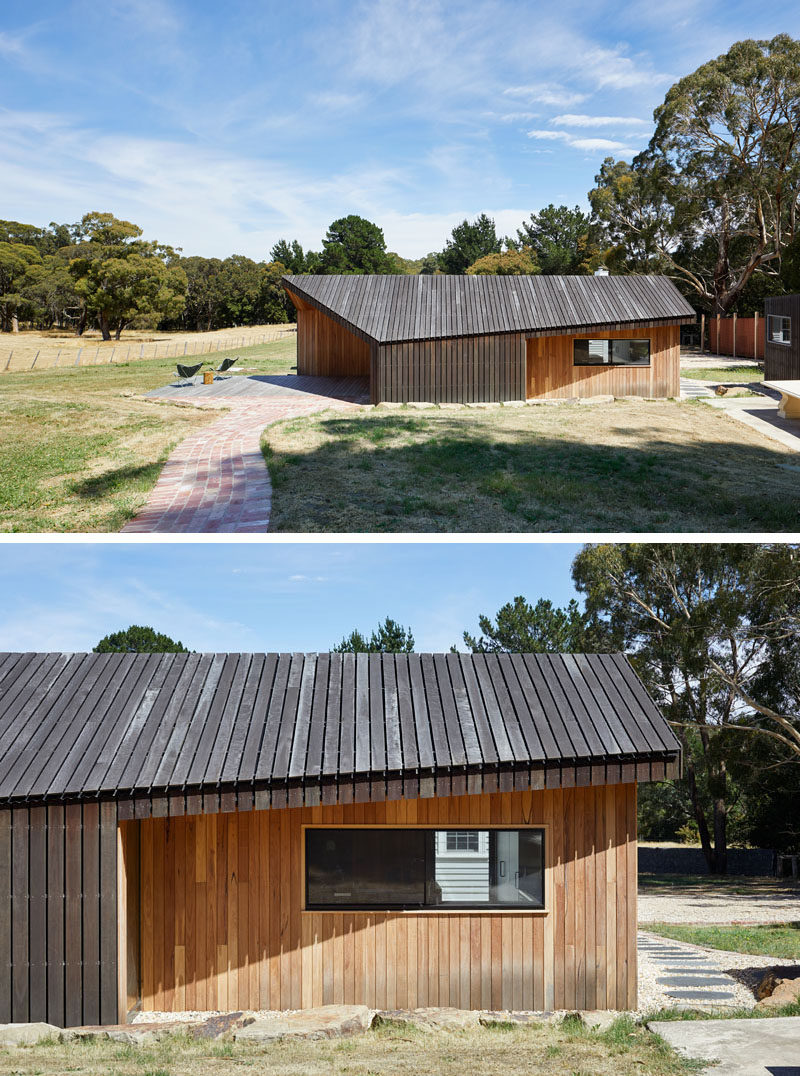 The exterior of the addition is clad in spotted gum decking boards that have been stained black, enhancing the resemblance of the dilapidated shearing sheds. 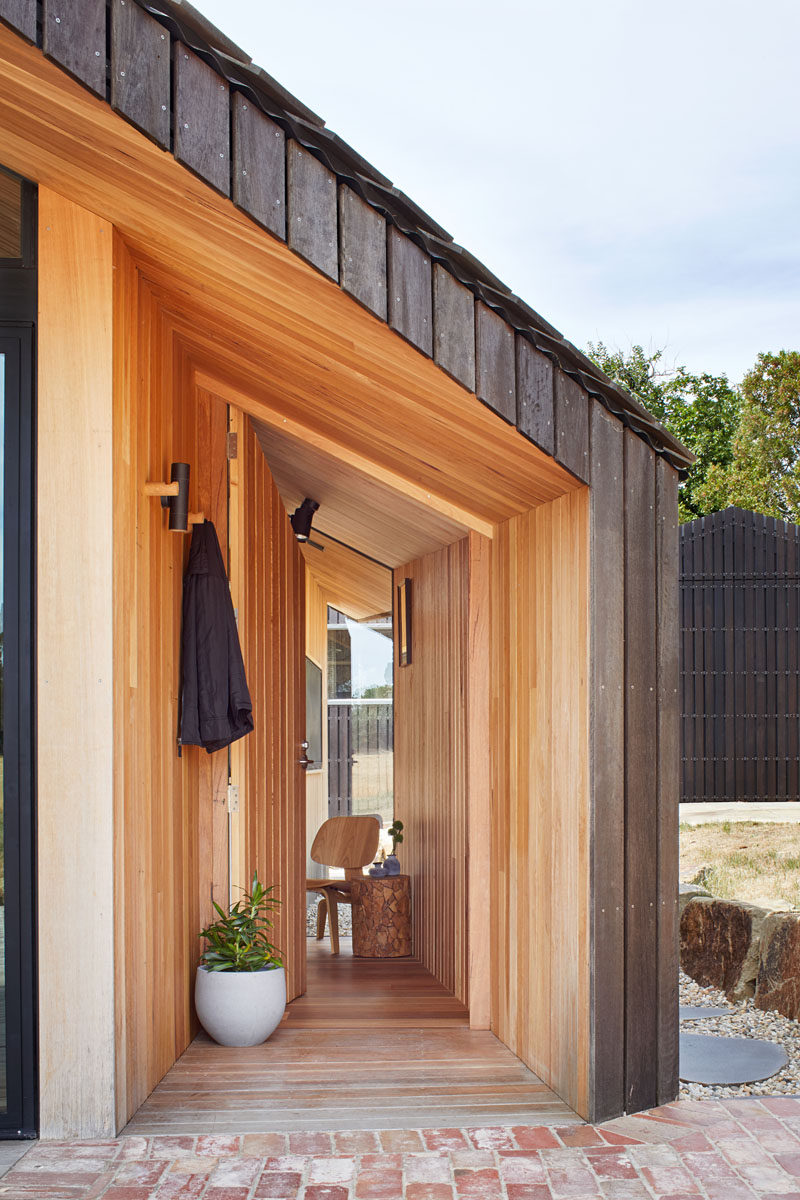 Silvertop ash lining boards have been used throughout the interior of the addition. The lighter wood contrasts the dark exterior, and encourages the traditional notion of a warm winter weekend cabin. 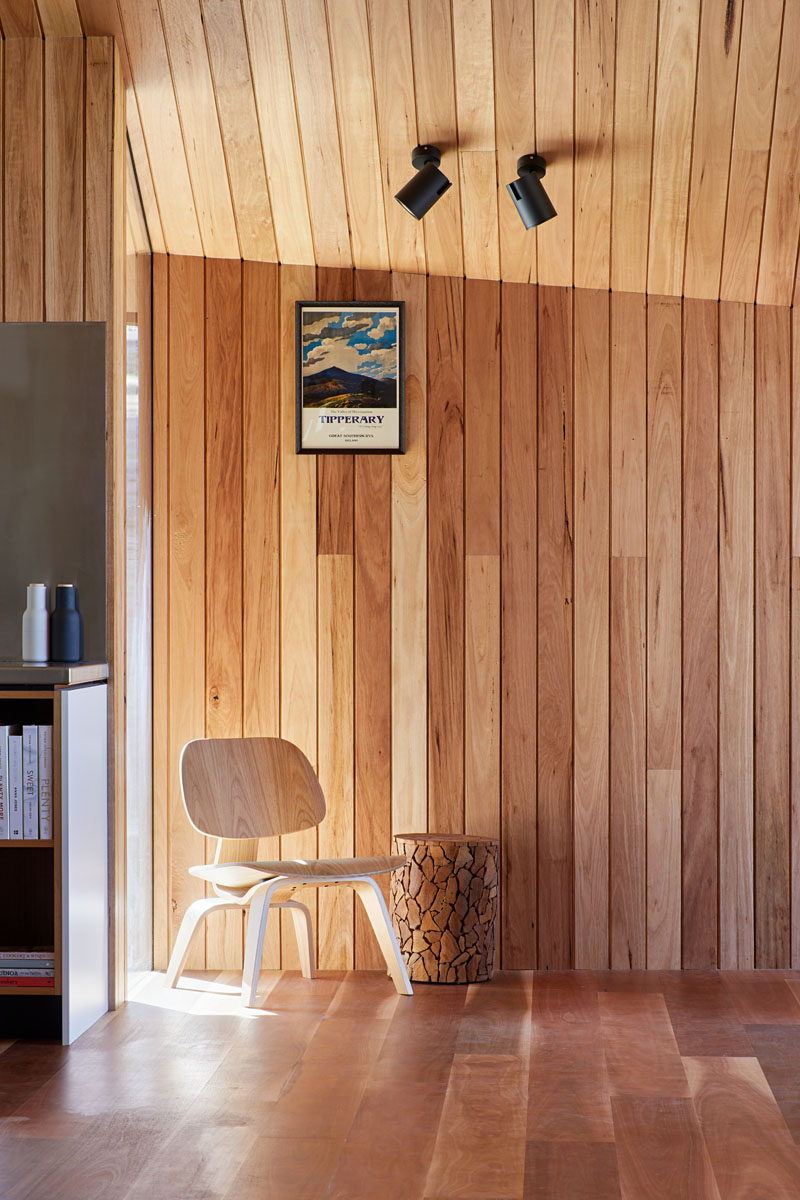 The addition is a large open room that houses the kitchen and a dining area. 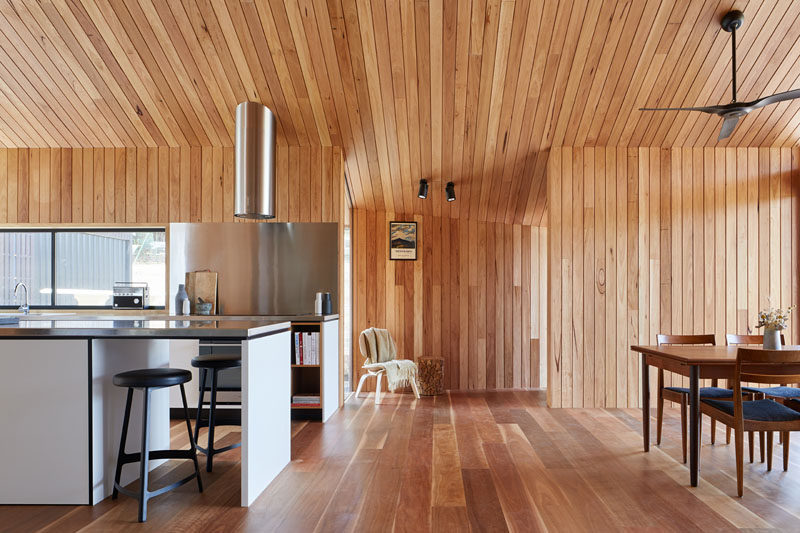 The gabled form of the addition responds to the existing pitched roofs of the existing house, that was originally built from three railway cottages. A large opening connects the new addition with the sitting room and hallway of the original house. 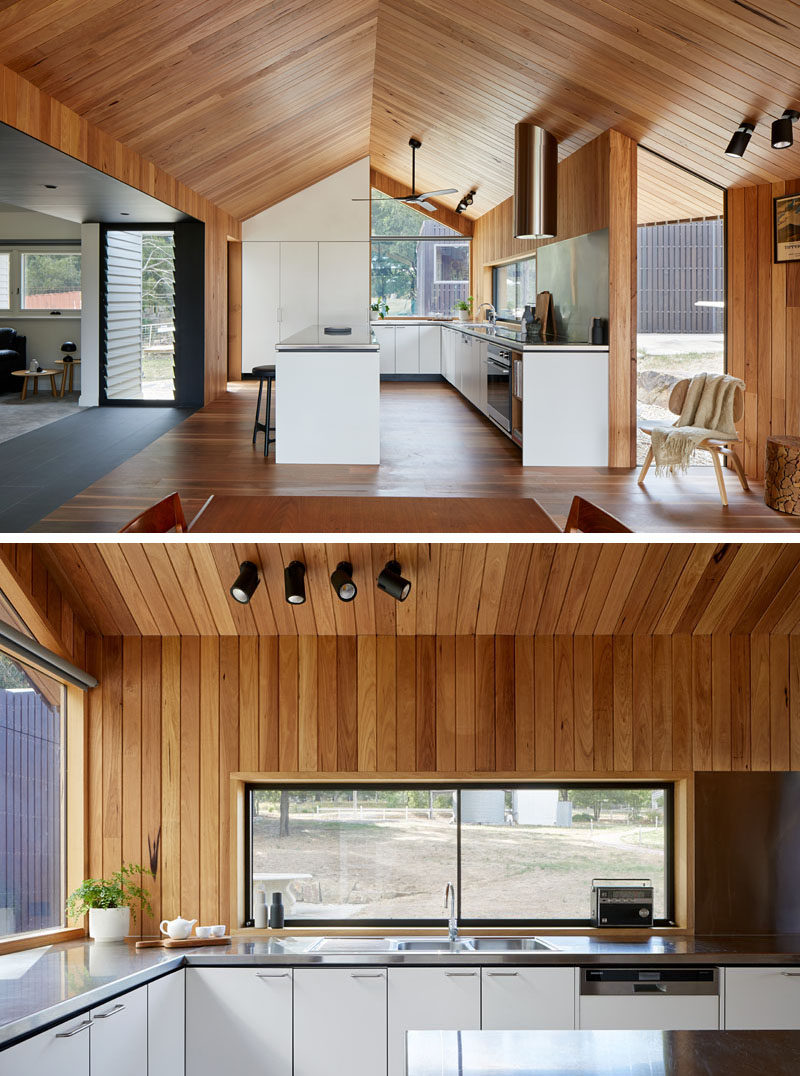 The addition has two large steel doors that frame the landscape in winter, and open up to extend the living area in summer. 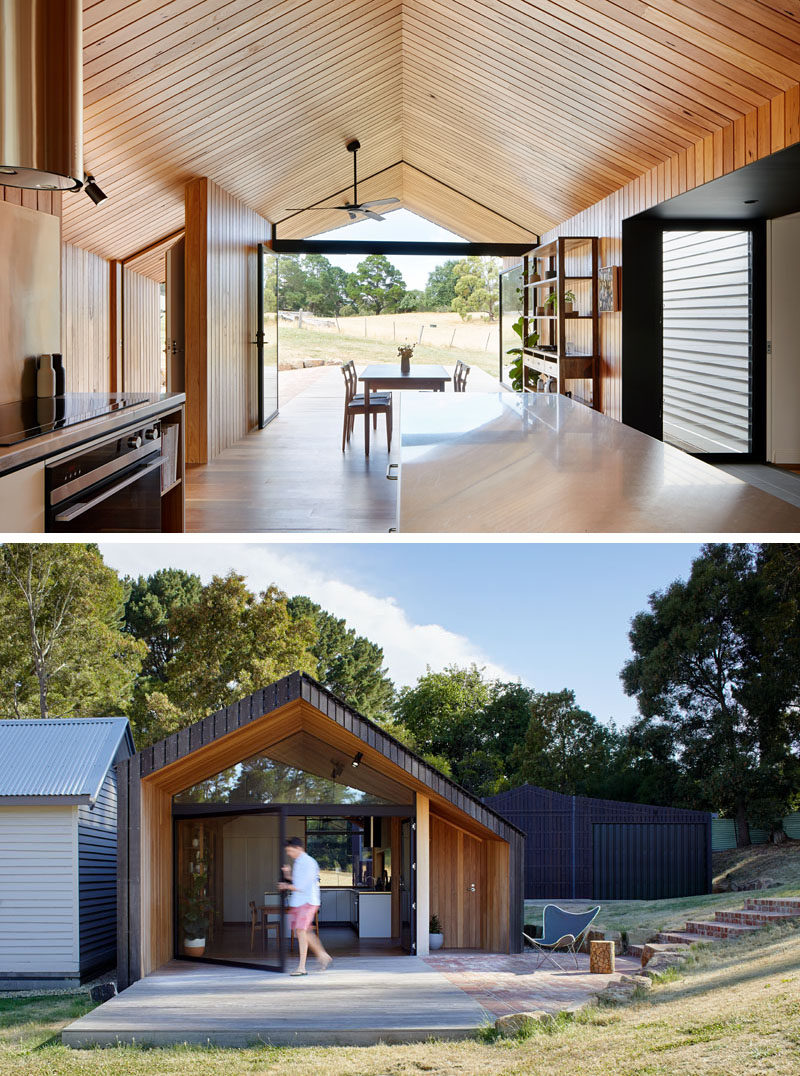 The deck, which is partially covered by the gabled form, extends away from the dining area, and connects to brick patio. 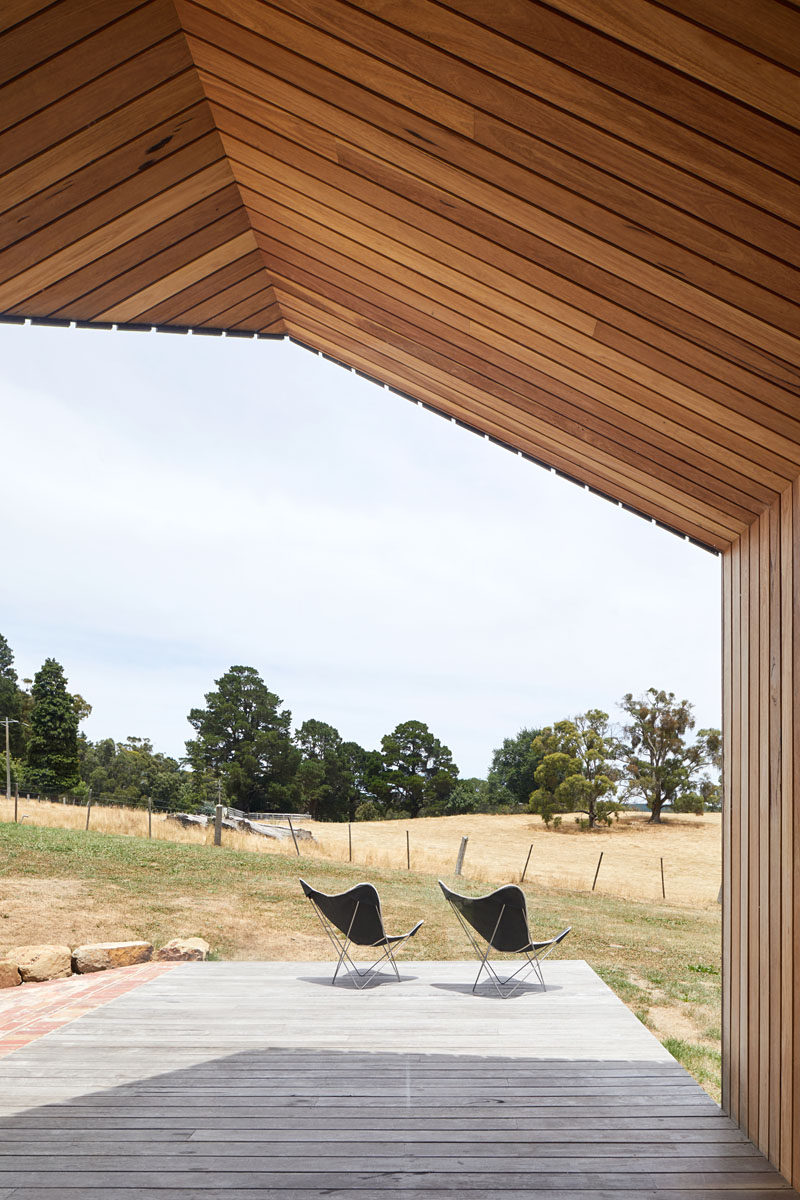 Here’s a look at the floor plan that shows the layout of the original home and the new addition. 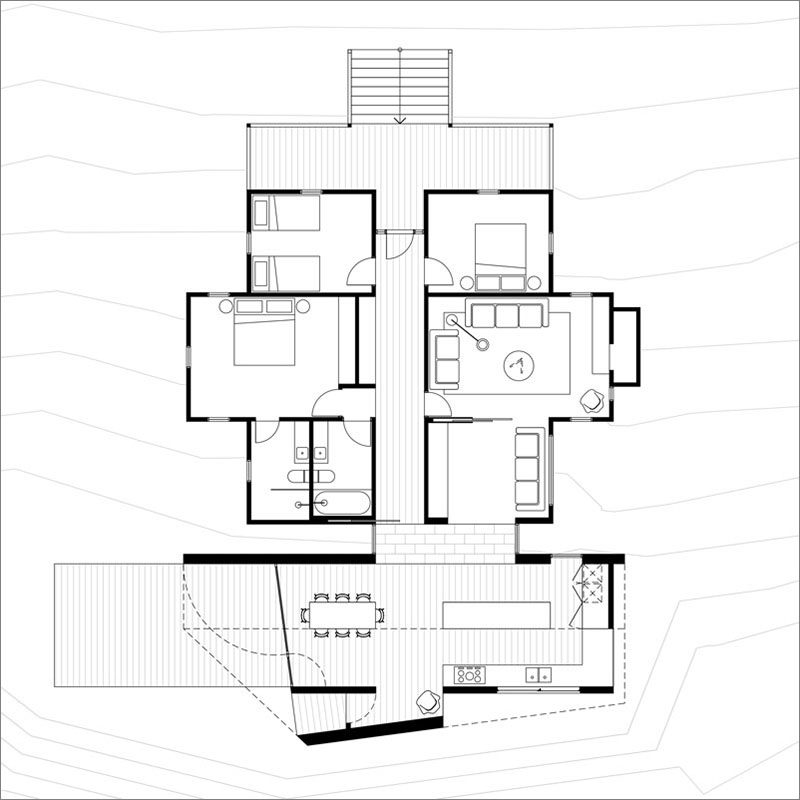