Before & After – This 90’s Bathroom Was Given An Updated Makeover 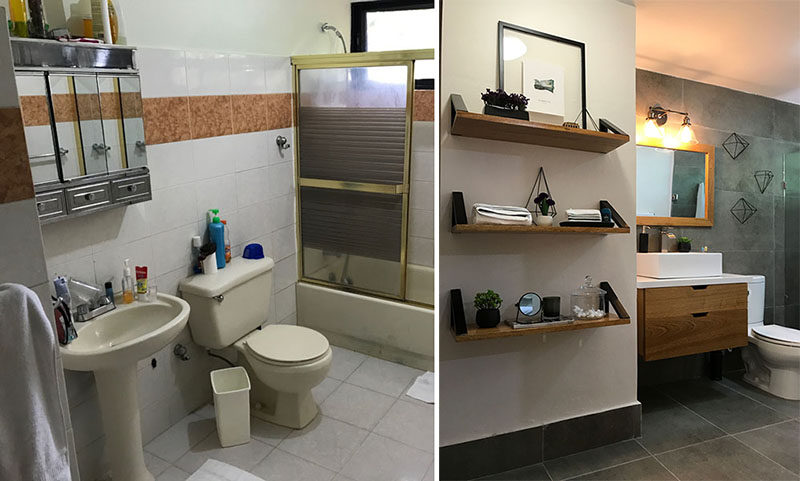 Miami based interior designer Francis Dominguez from EFE Creative Lab, has sent us some before and after photos of a bathroom renovation he did in the Dominican Republic.

The before photos show a typical 90’s bathroom with white tiles and a decorative brownish-orange band that wraps around the entire bathroom. There’s a simple pedestal sink with no storage and a bath / shower combination with a metal trim.

The updated bathroom, which is named ‘The Less is More Bathroom’, features concrete looking porcelain tiles in a large, rectangular format. The designer combined the tiles with natural wood tones to give the bathroom a modern touch, while achieving a calm color palette and overall feeling.

The designer mentions that “one of the biggest changes in this space was replacing the old bathtub for a large walk in shower and also replacing the sliding windows.” The updated shower has a glass shower surround and three outward opening windows at the top of the shower, that allow the light to travel throughout the small space. A built-in shelf in the shower was added to create space to keep the soap, shampoo etc. 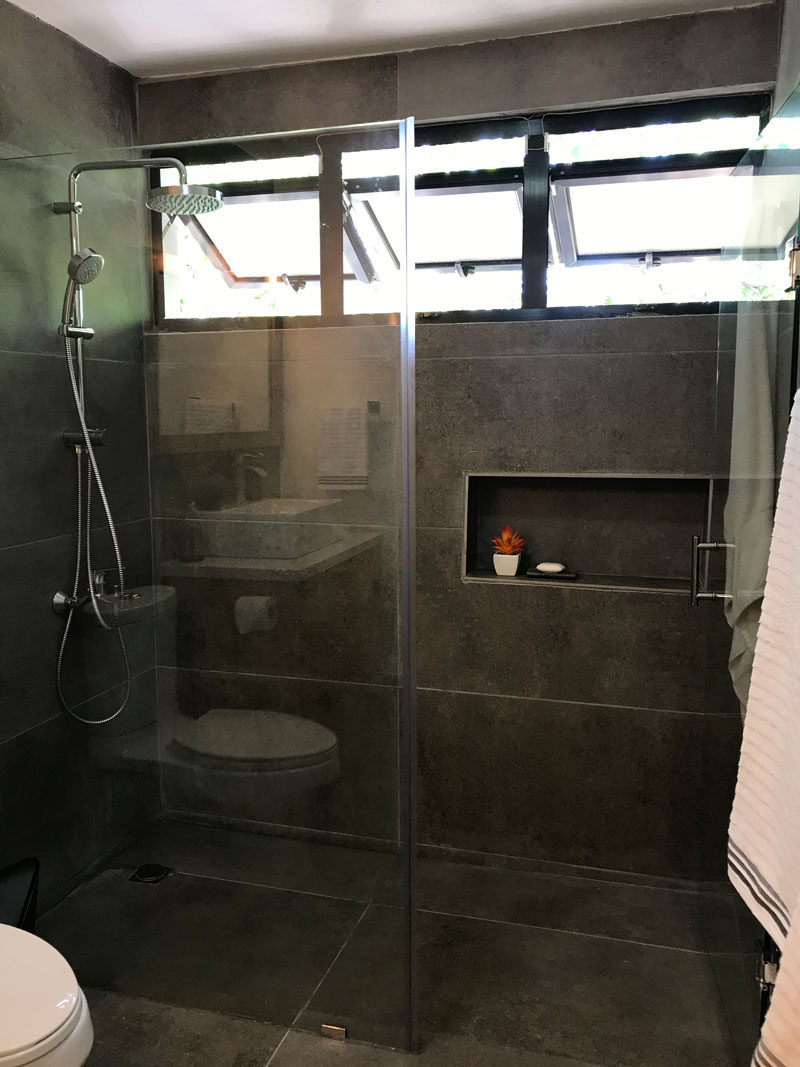 All wood pieces, which include the floating vanity, the mirrors and the shelves were custom designed by the designer and made to suit the space, helping to give the bathroom a modern and fresh appearance.