Before & After – A Backyard Mess Was Transformed Into A Relaxing Oasis 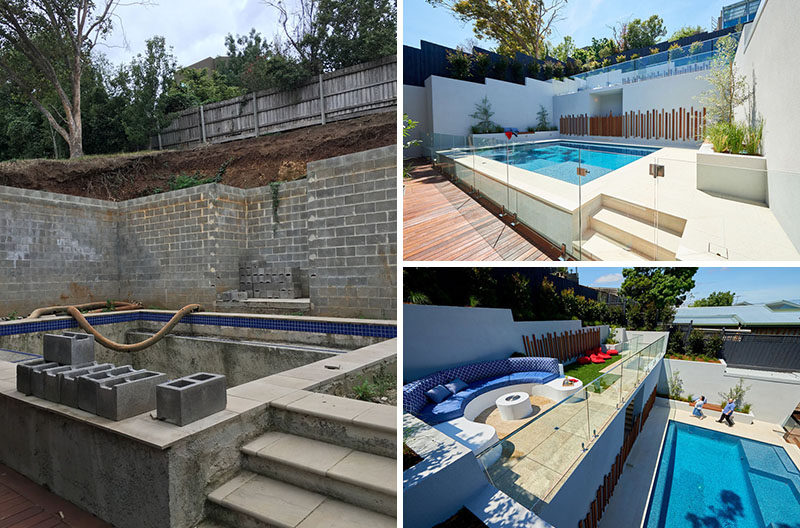 Before viewing the ‘after photos’ and being able to truly appreciate the transformation of this Australian backyard, here’s a look at what this backyard and swimming pool used to look like.

The backstory of this project is that prior to the house being built, the home owners hired a contractor to build their pool and create their backyard structure. 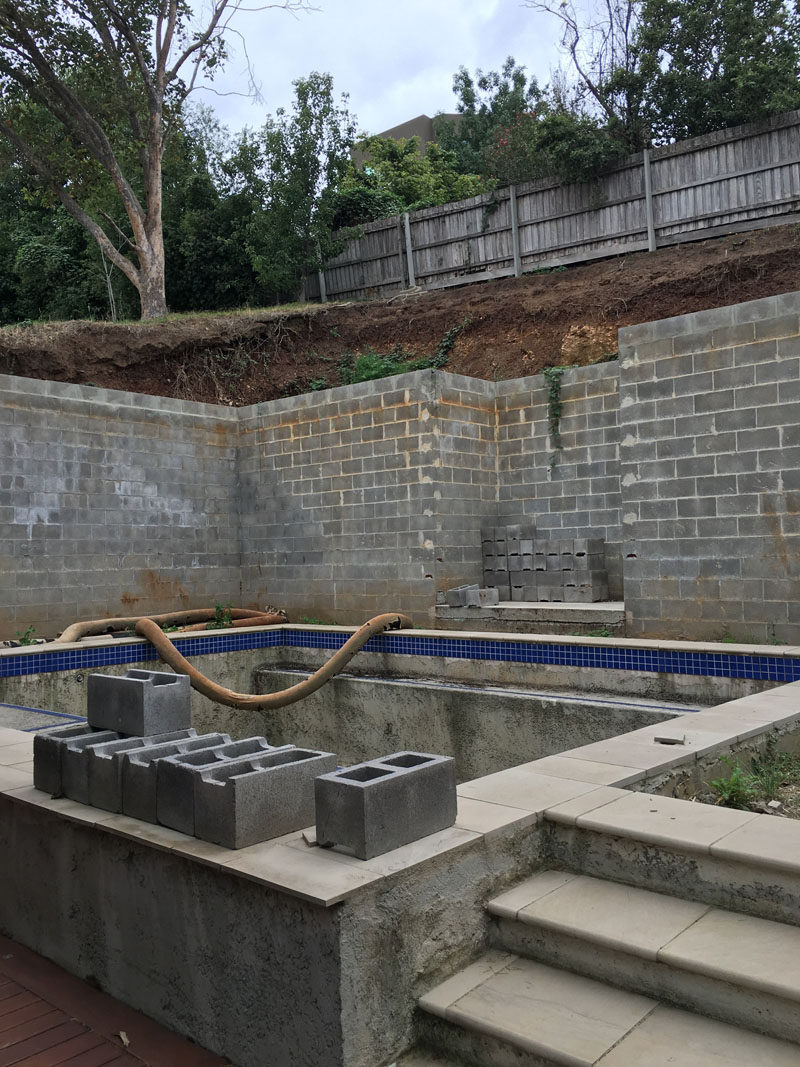 Unfortunately the contractor disappeared and didn’t complete the job. The retaining wall was left unfinished (and was uneven and not squared), and the pool was at the wrong level and off center. The entire project became a mess and remained that way for five years. 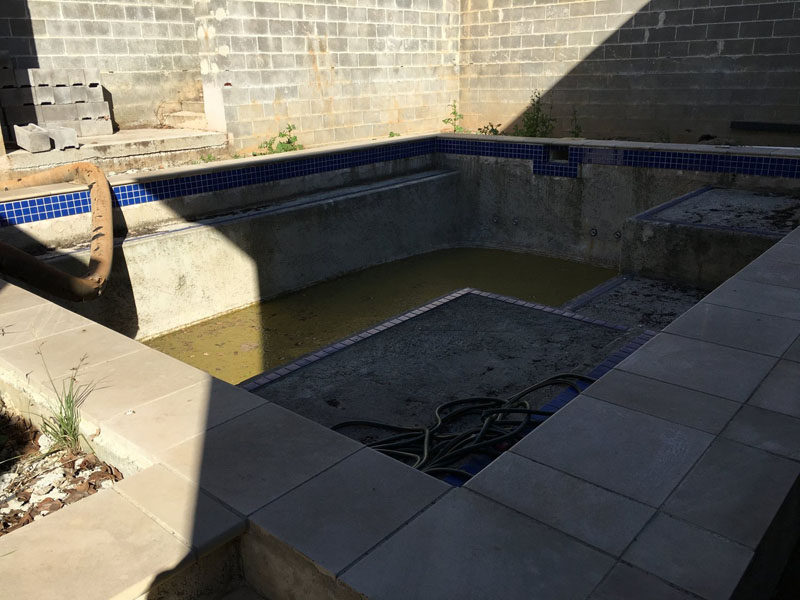 The home owners sought the help of Georgia Harper Landscape Design, to turn around their mess of a backyard, and transform it into a place where they could enjoy spending time with their family, and at the same time finally complete the project. 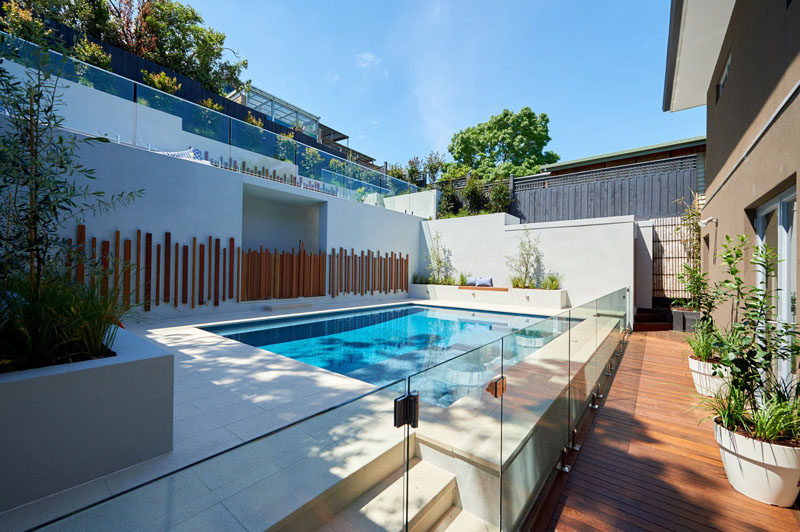 The half-finished pool was completed stripped, re-plumbed and re-lit, uneven steps were removed. The pool walls were re-rendered, and tile was added to give the pool a shimmery effect. The existing 4m high retaining walls dominated the space and were unable to be removed as they were too big, and they were also unsquared with the pool. 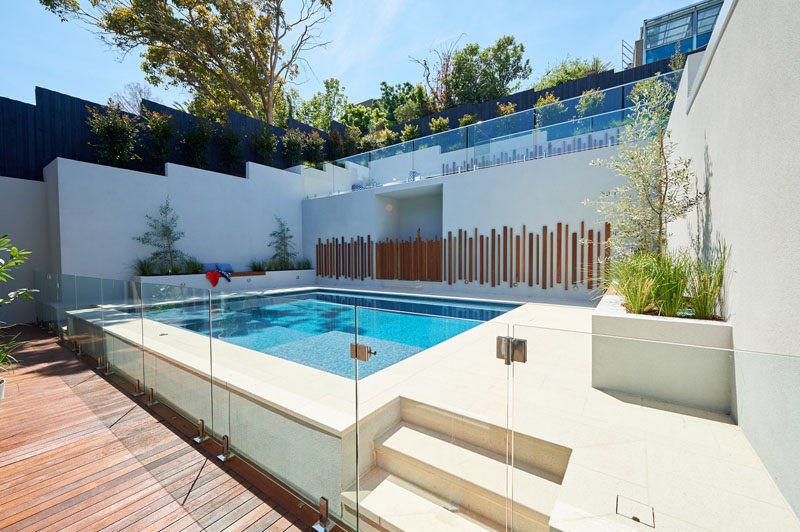 To bring some plant life to the area and break up the heard surfaces, planter boxes with bench seating were built to give the appearance that the area was properly squared off. 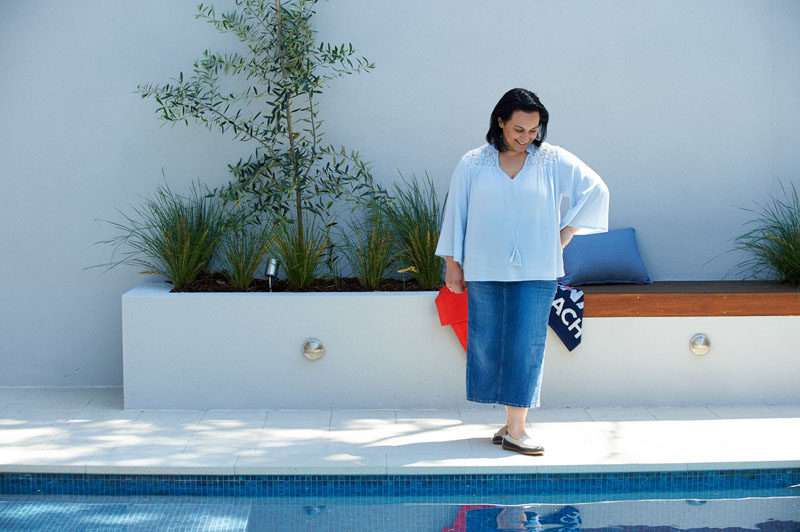 In some areas, the spaces were too tight to install planters, so the designer used some dressed timber battens fixed to the wall to break up the area, and to create some shadows as the sun moved across. 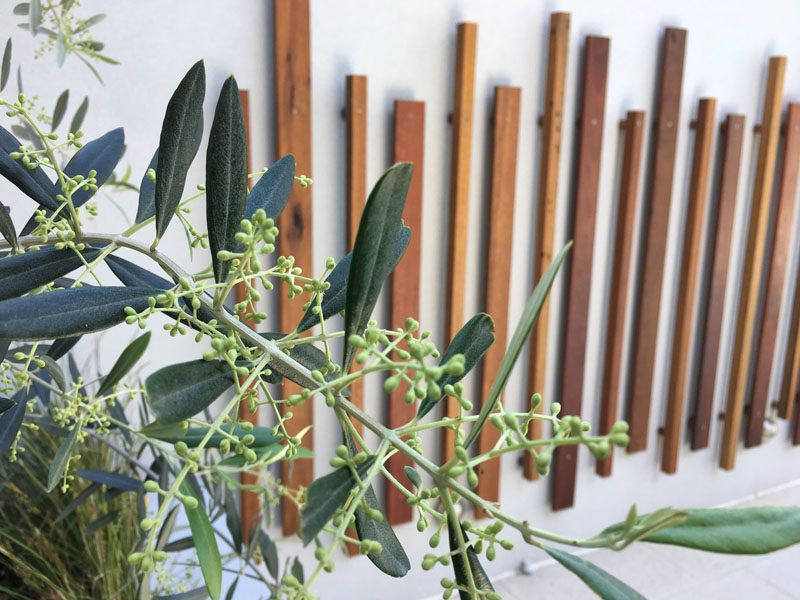 Stairs lead from the pool level up to the lounge area with a built-in curved seating area, a touch of grass, and a glass railing that allows unobstructed views down to the pool. 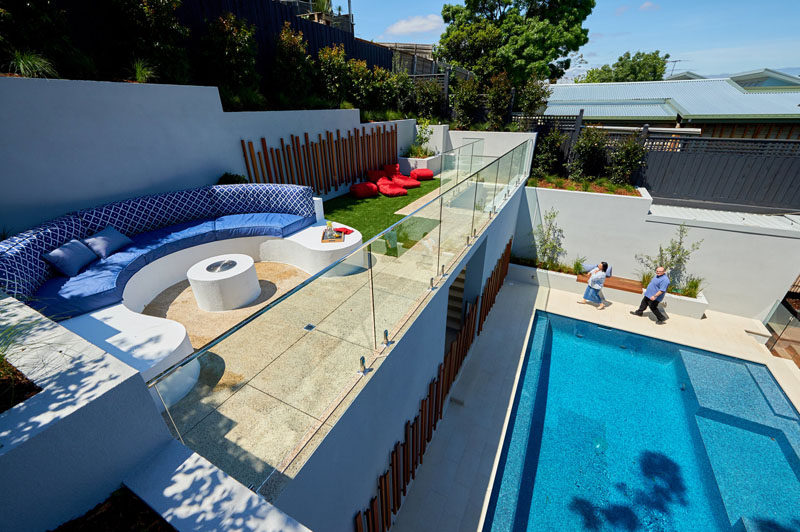