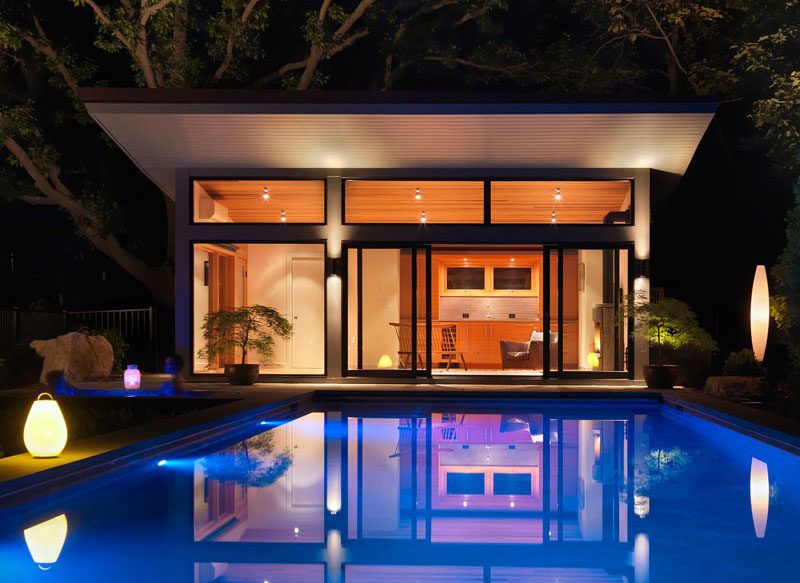 Boston-based Flavin Architects have designed the Eastern Point Retreat, a studio guest house, lap pool and hot tub on the grounds of a 19th century shingle-style home in Gloucester, Massachusetts. 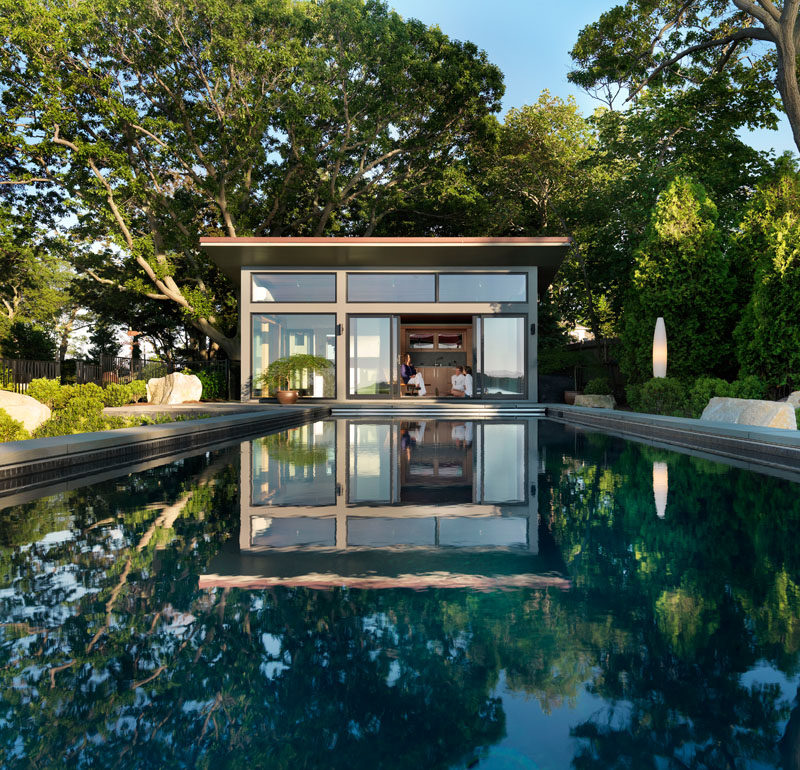 The guest house has a sloped roof with plenty of glass windows, which are a strong contrast to the original shingle style home on the property. 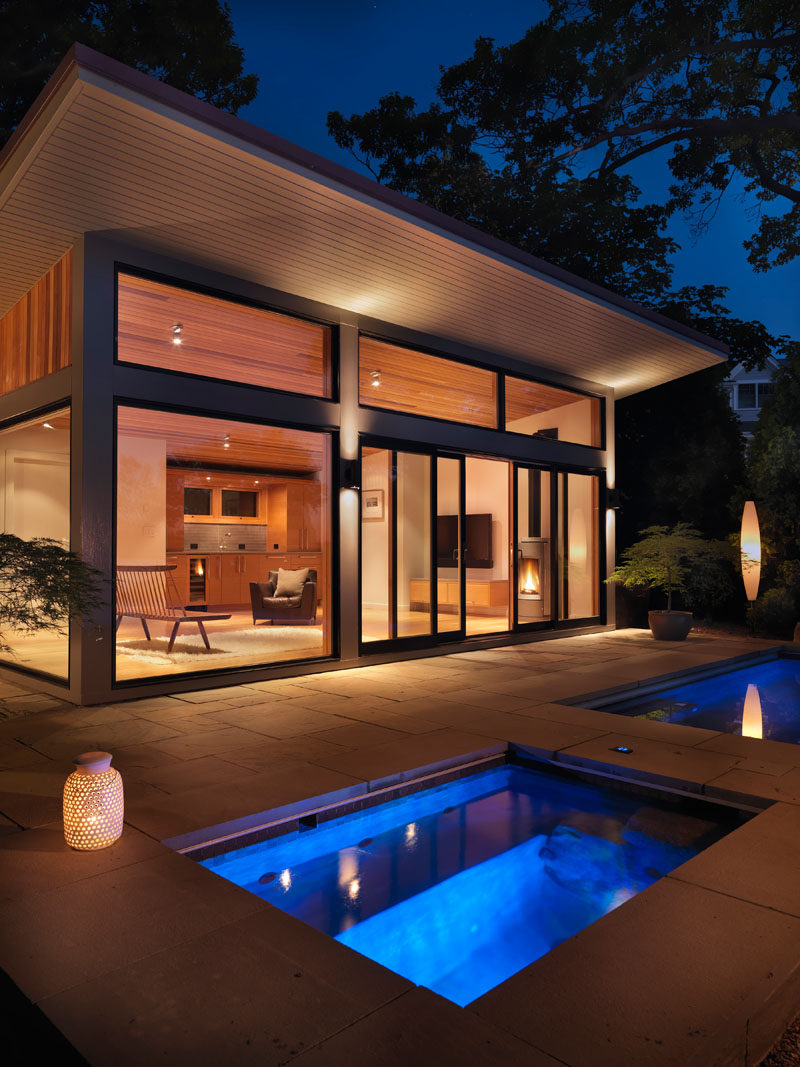 The small 450 square foot building looks out towards Gloucester Harbor so that the clients, who are avid sailors, can watch the ever-changing view of boats.

The interior of the guest house was inspired by a yacht’s interior, with a handcrafted kitchen, living space and a bath, with the space able to be used as a guest accommodations one night, and as an entertainment space another.