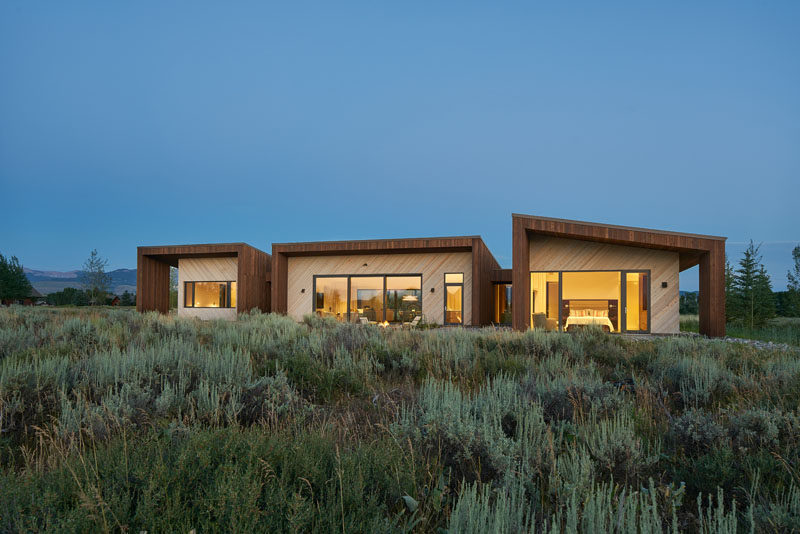 kt814 architects have designed a new house in Jackson Hole, Wyoming, that’s been designed as a series of three connected pavilions. 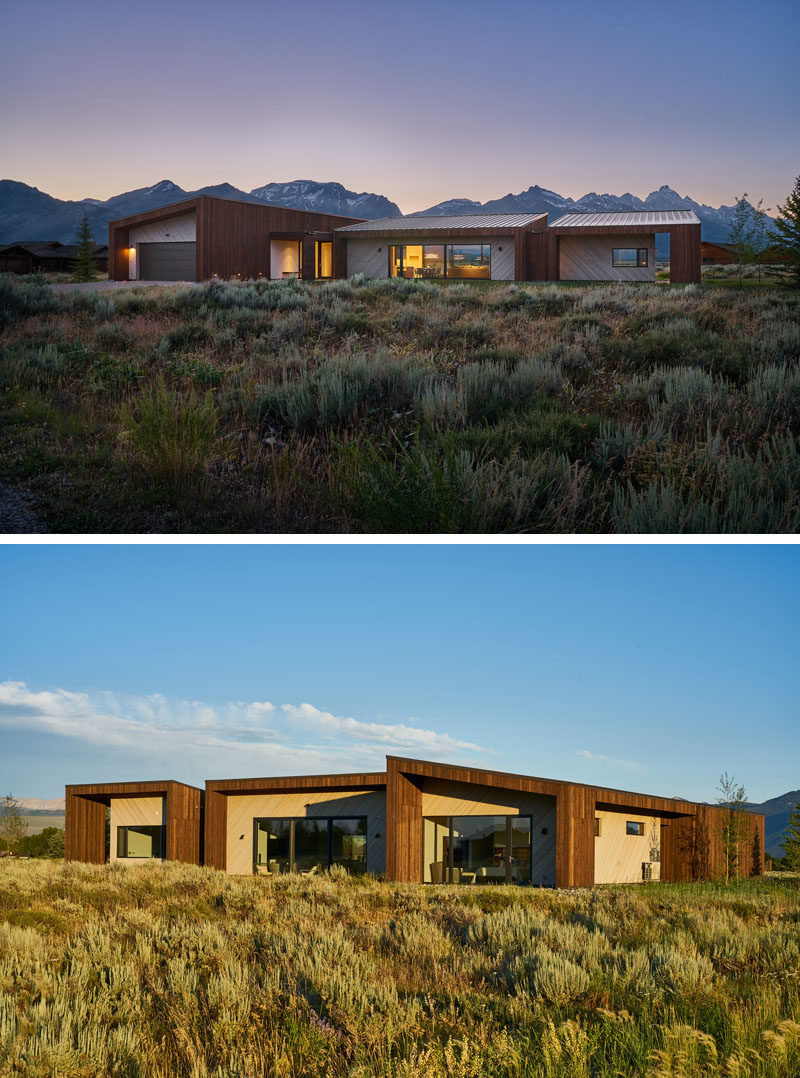 Sustainability, low maintenance costs, privacy, and unobstructed views, were all key factors that had to be considered when designing the house,. 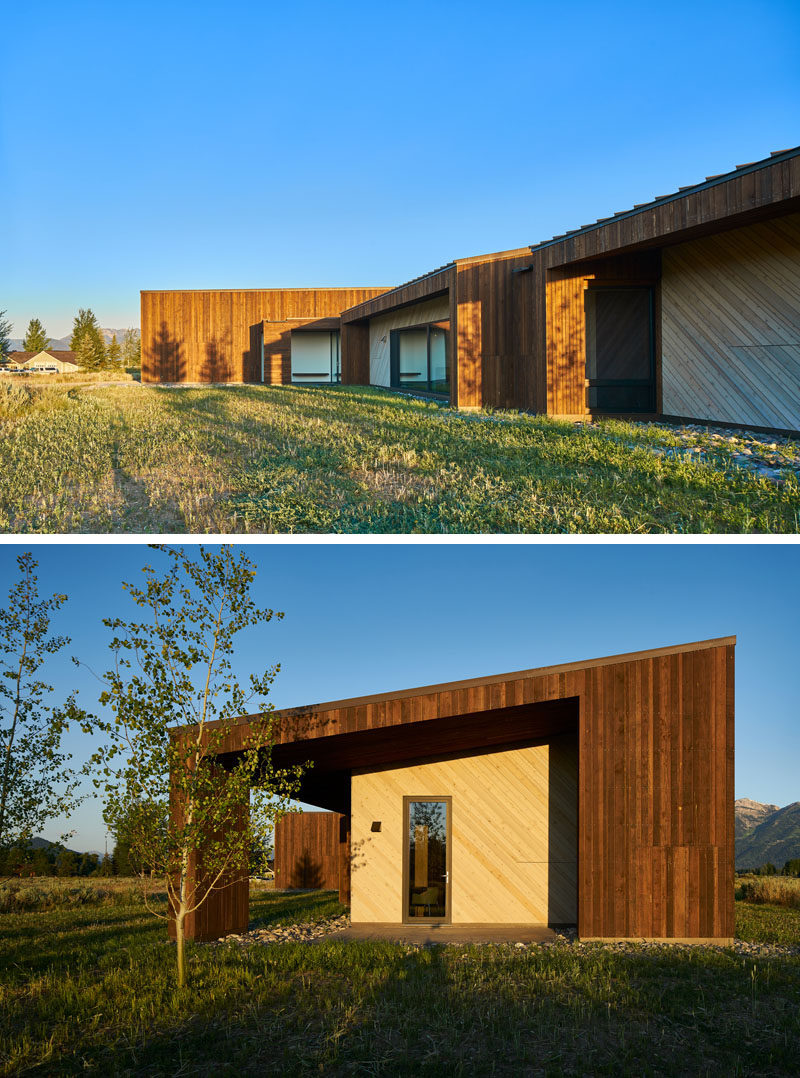 The two-tone exterior of the house has been created with the use of rich dark-brown vertical Douglas Fir and lighter horizontal Cedar, allowing the home to meld into the native woody sage-brush surrounding the home. 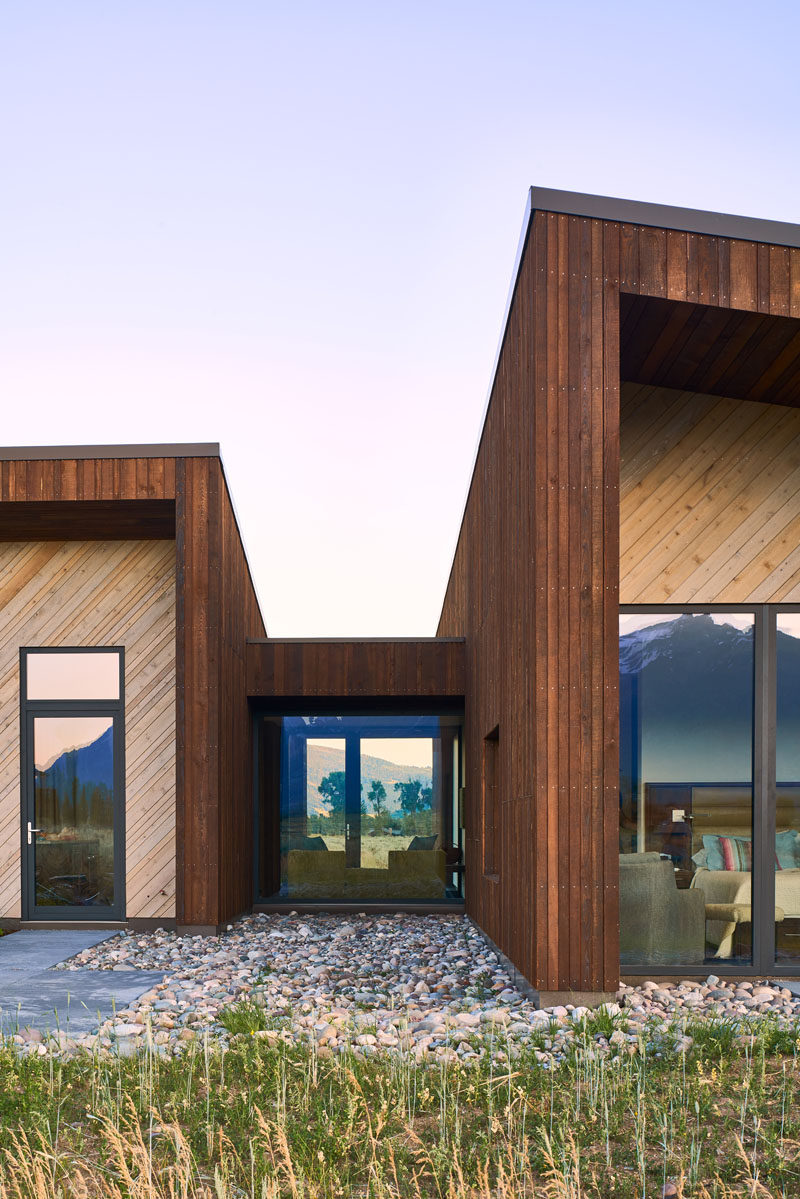 As the home is built in three pavilions, the first pavilion houses the main social areas of the house, the second has an office space and guest studio with a bedroom and bathroom, and the third is the master wing of the home, that also has the garage and a mudroom attached. 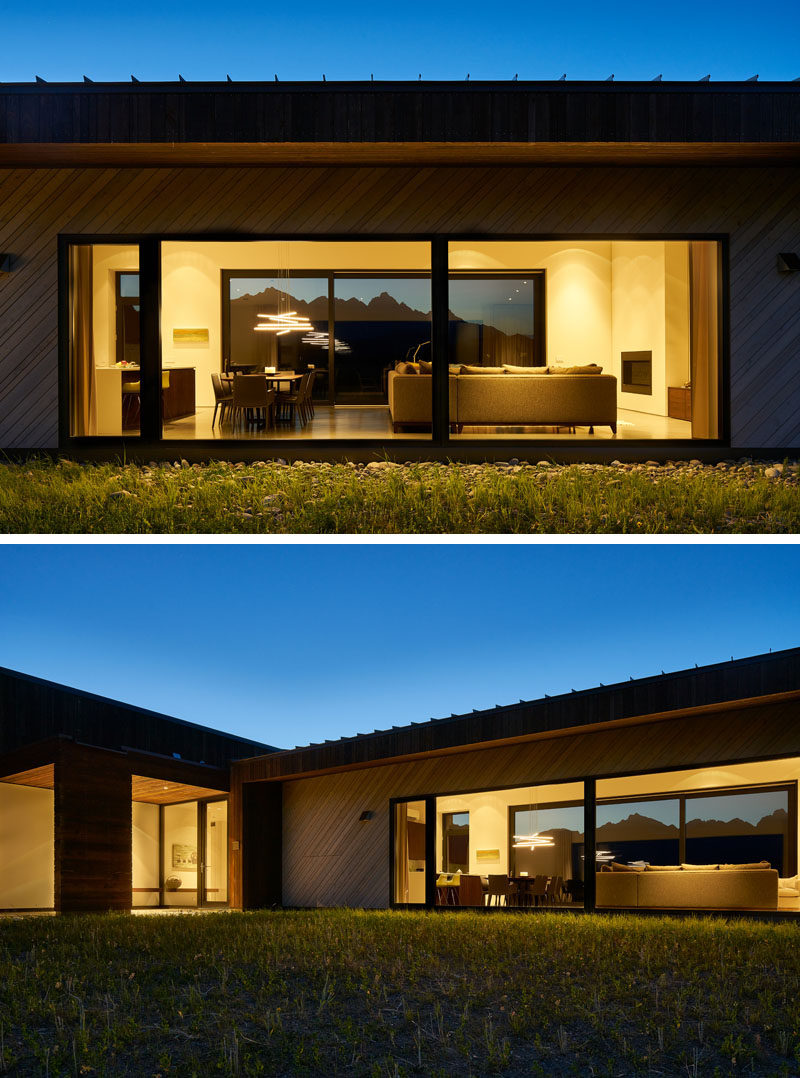 Inside, the large windows (8ft x 10ft) perfectly frame the views and provide ample natural light to the social areas of the house, like the living room, while a 24 foot Zola lift and slide door opens up to a patio area.

Behind the living room is the dining area and the kitchen. The kitchen cabinet doors and the dining table have been created from a mixture of walnut, mimicking the same hue as the facade’s Douglas Fir. 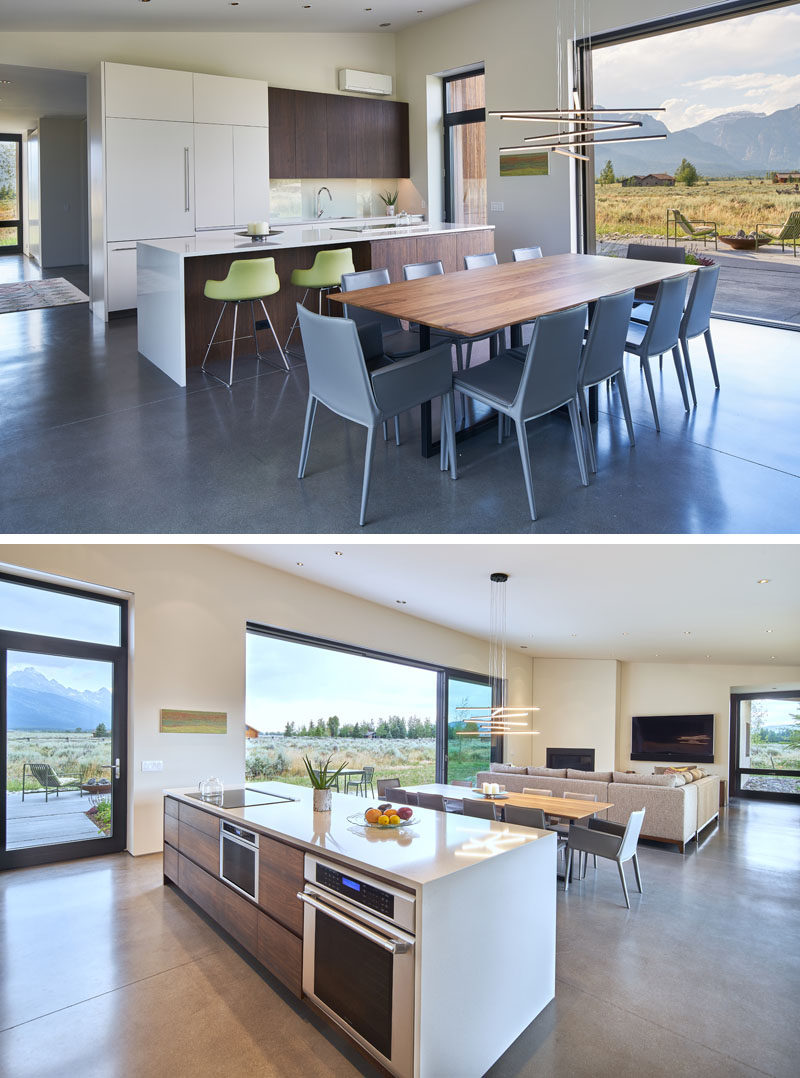 A custom-built office desk is sandwiched between two of the pavilions, with a window that makes the view beyond almost appear as a piece of framed artwork. 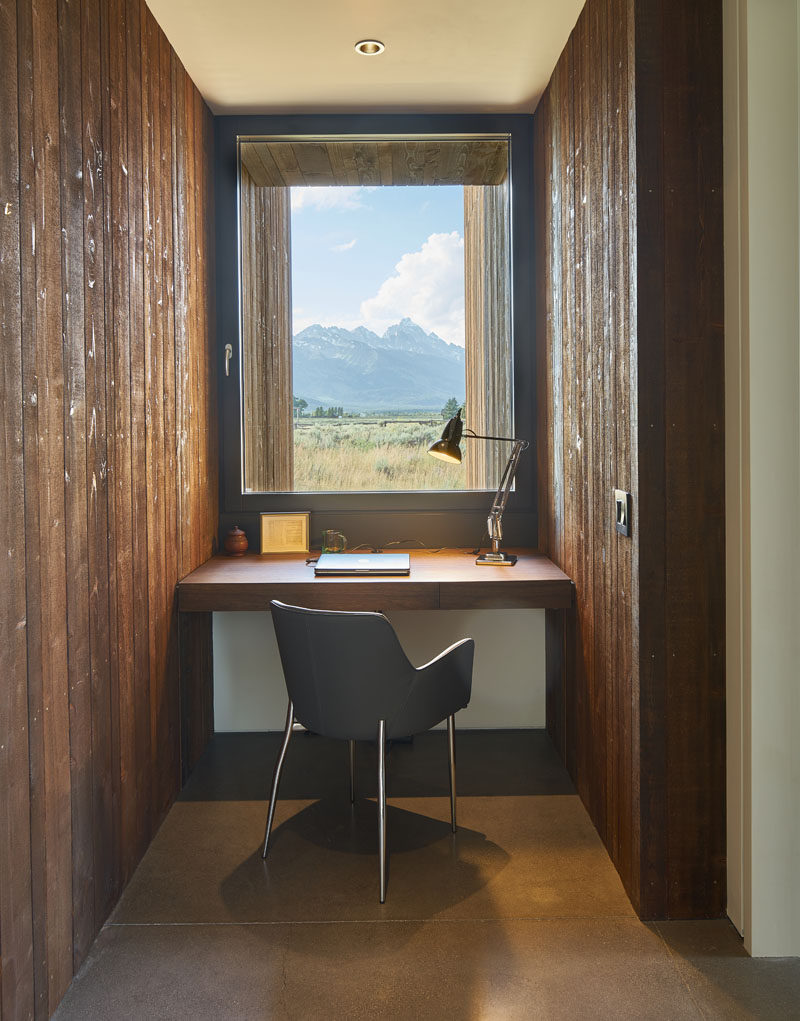 In the guest bathroom, there’s a tall window in the shower, while a floor-to-ceiling frosted glass shower screen and door keeps the rest of the bathroom dry. 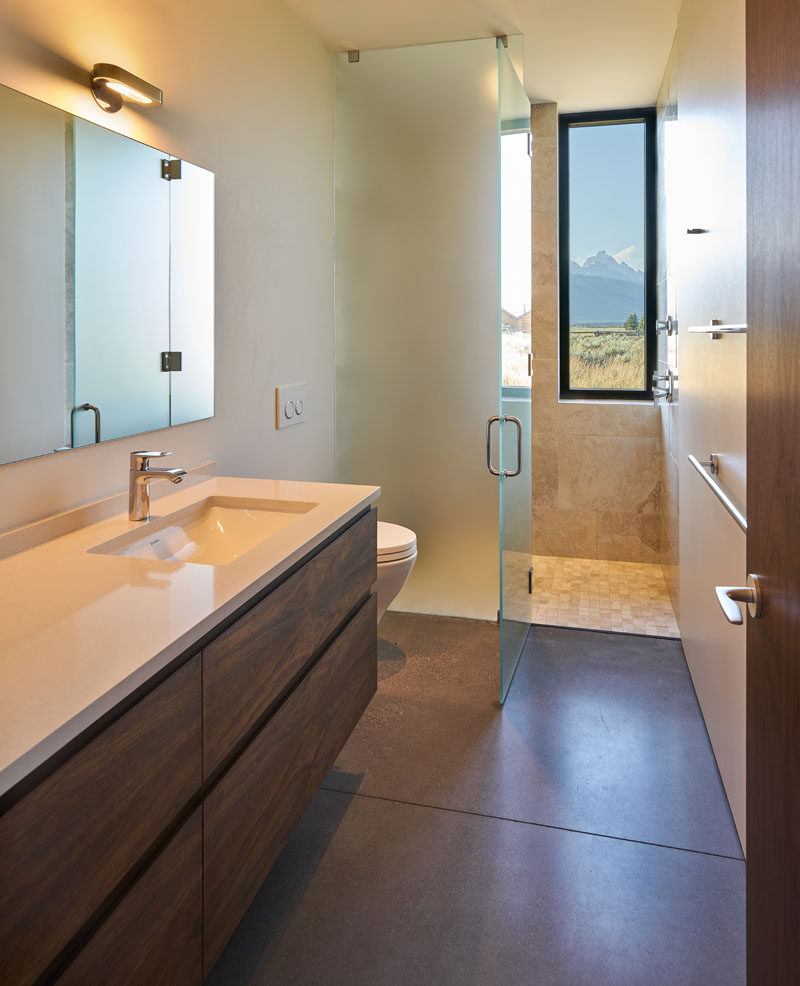