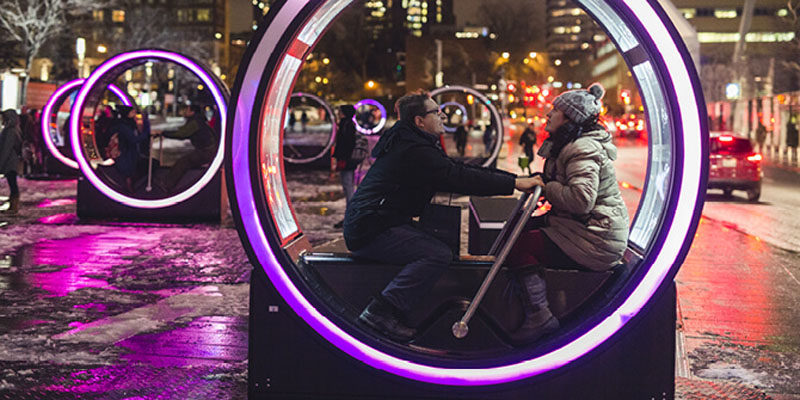 A group of designers have created an interactive light art installation called Loop, that’s currently on display as part of Luminothérapie, a display of temporary public art installations, in Montreal, Canada. 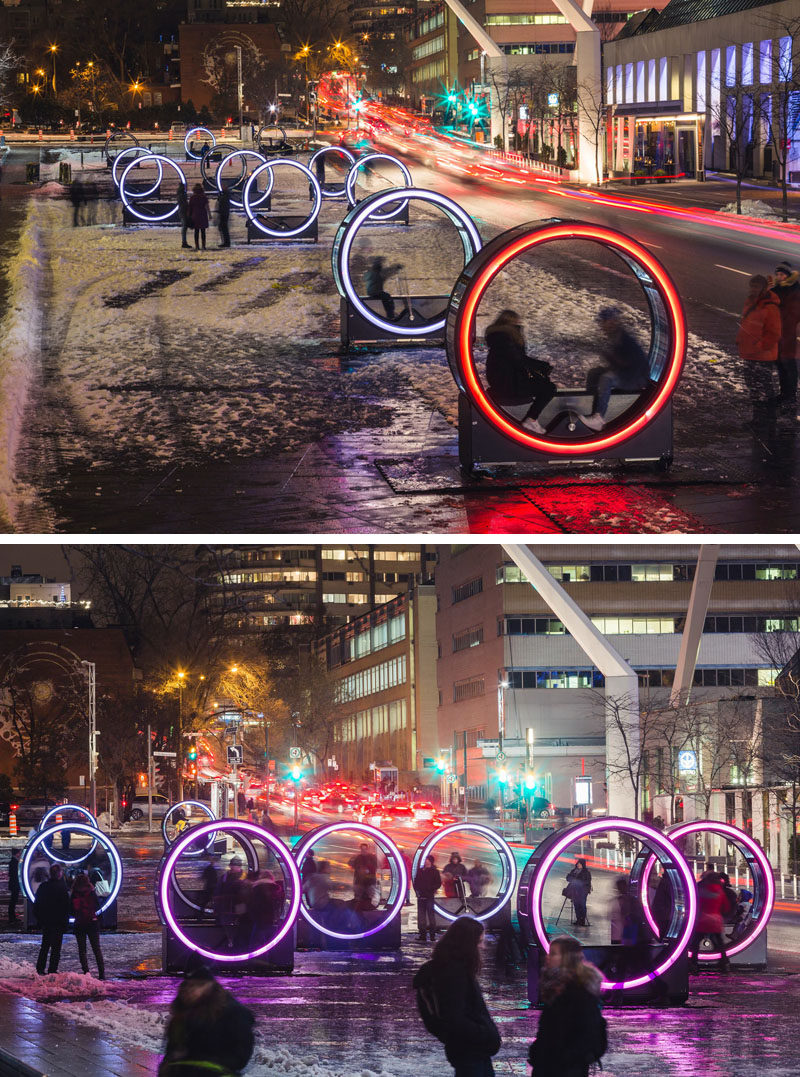 Loop, an Ekumen creation, designed and produced by Olivier Girouard, Jonathan Villeneuve and Ottoblix in collaboration with Générique Design, Jérôme Roy and Thomas Ouellet Fredericks, took 3 months to create and features 13 giant wheels that are a mix between giant zoetropes, music boxes, and railway handcars. 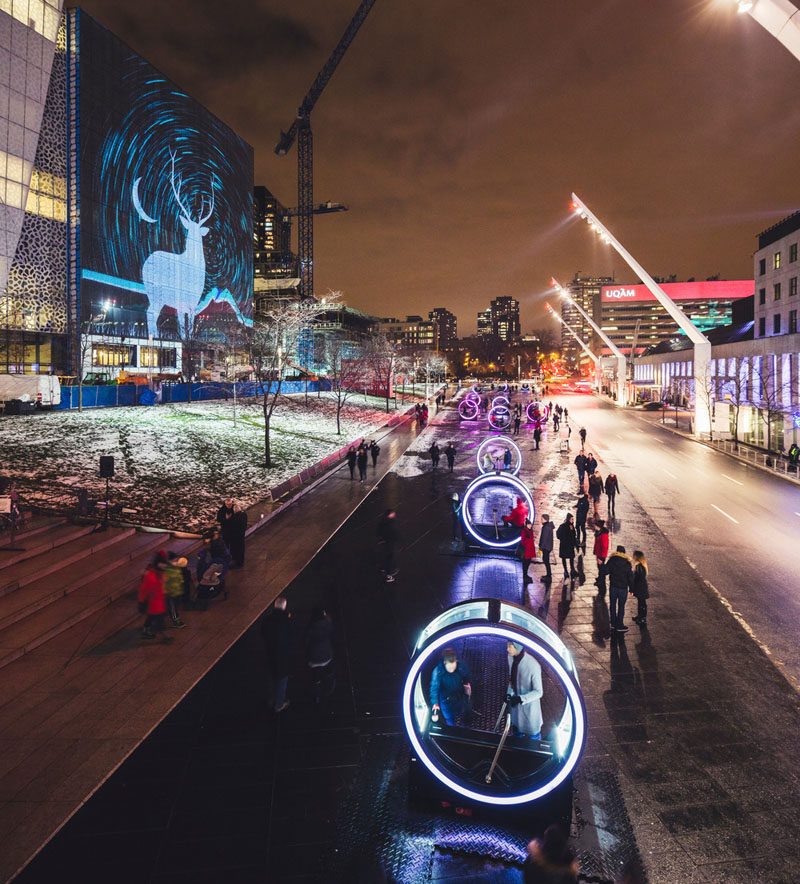 Each of the 2 meter wide cylinders included in the installation features a different fairy tale that comes to life when people get inside to power the machine. When two people get inside and pull a lever back and forth, the cylinder starts to spin. 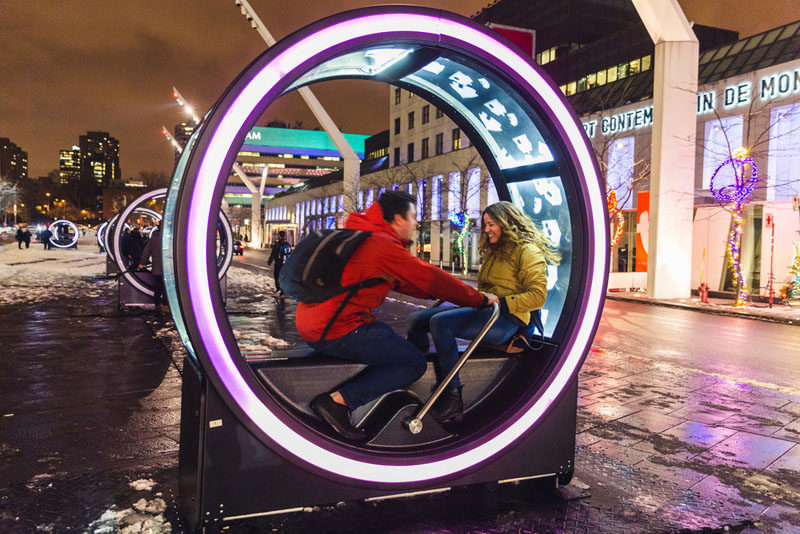 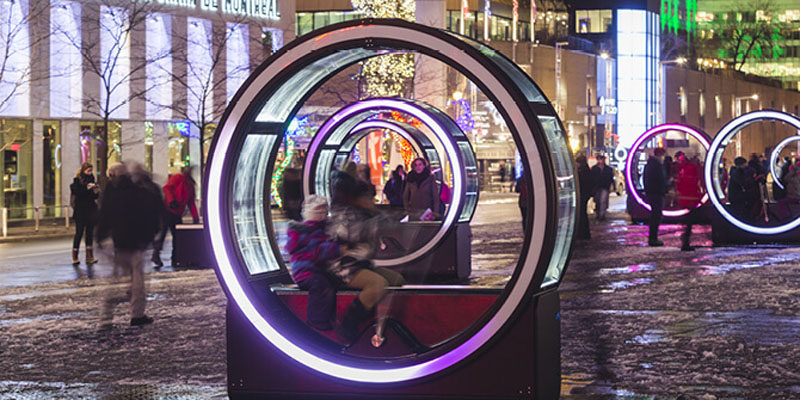 All of the elements of entertainment, including the speed at which the images move, the tempo of the music playing, and the flickering of the strobe effect are all determined by how quickly people pull the lever back and forth.

Loop is only one part of Luminothérapie and will be on display until January 29th, 2017. If you’re interested in learning more about the design, you can watch a series of videos, here. 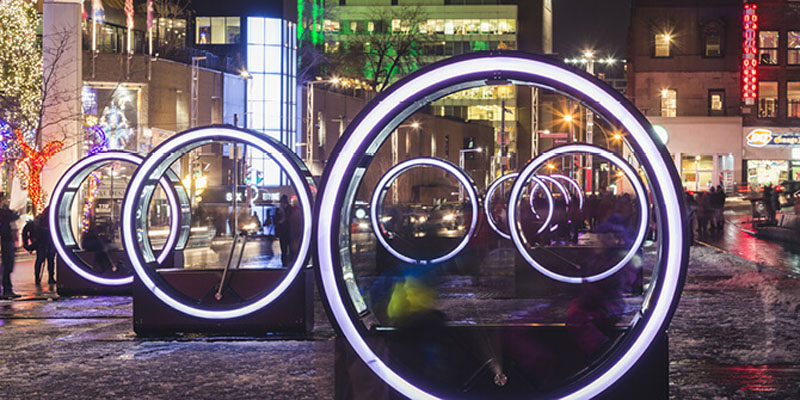