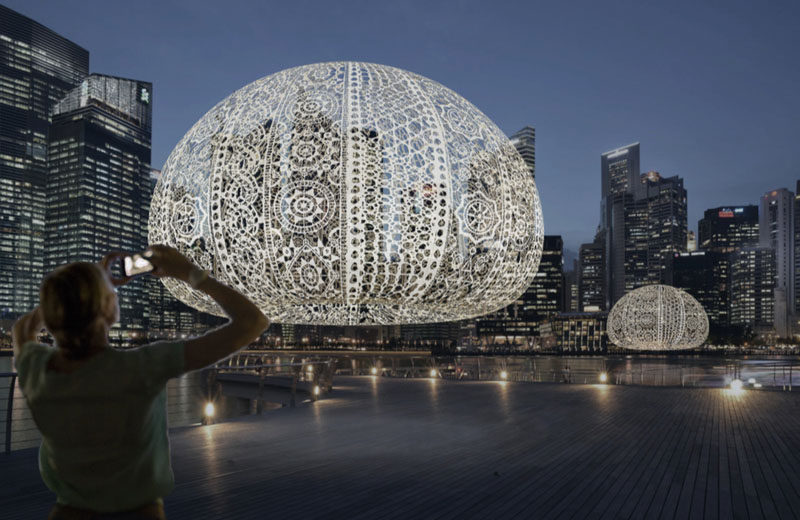 Choi+Shine Architects have designed The Urchins, as part of an art installation for the recently held 2017 iLight Marina Bay Festival in Singapore. The Urchins were created in response to the festivals theme of biomimicry and sustainability.

The three large Urchins were designed to interact with natural light during the day, and glow when illuminated at night. Viewers can enter the Urchins and become part of the art piece, being surrounded by the glowing lacy surface and views of the city. 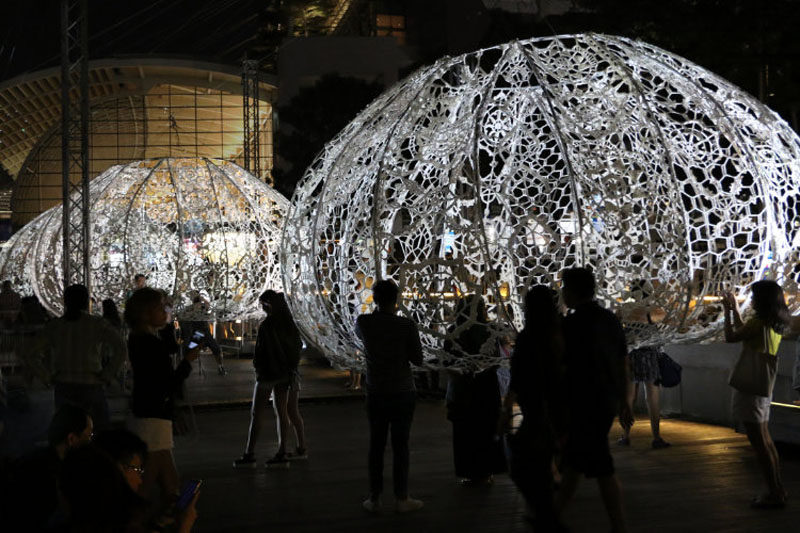 The Urchins sway and have intricate, soft repetitive forms, which achieve a visual harmony of the contrast between nature and the man-made environment surrounding them. The Urchins respond to wind and the touch of a viewer, allowing the objects to move and cast delicate shadows. 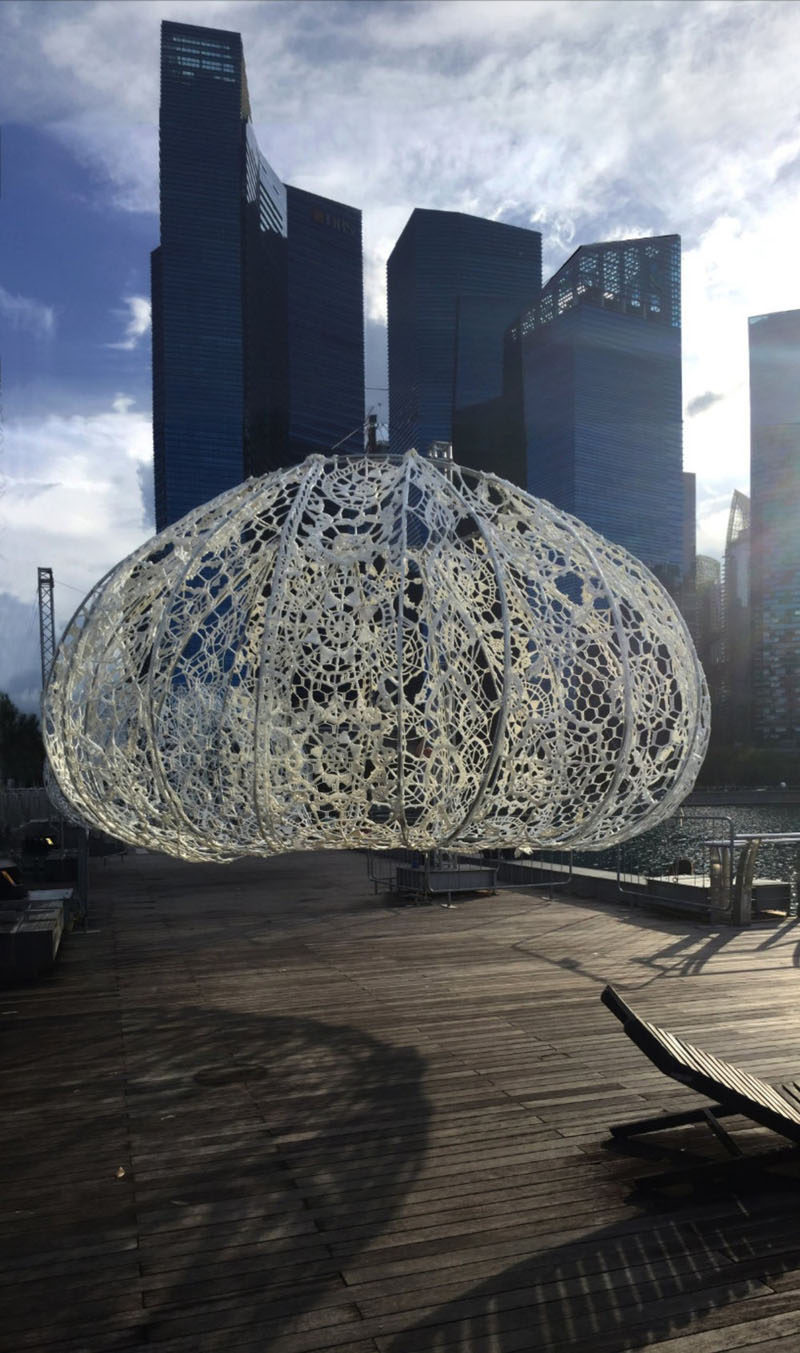 The crochet fabric shell is constructed of white double braided polyester chord, illuminated by multiple white spot lights, creating the illusion of an evenly glowing structure. The hand crocheted surface involved over 50 people and took around two and a half months to assemble in Boston. 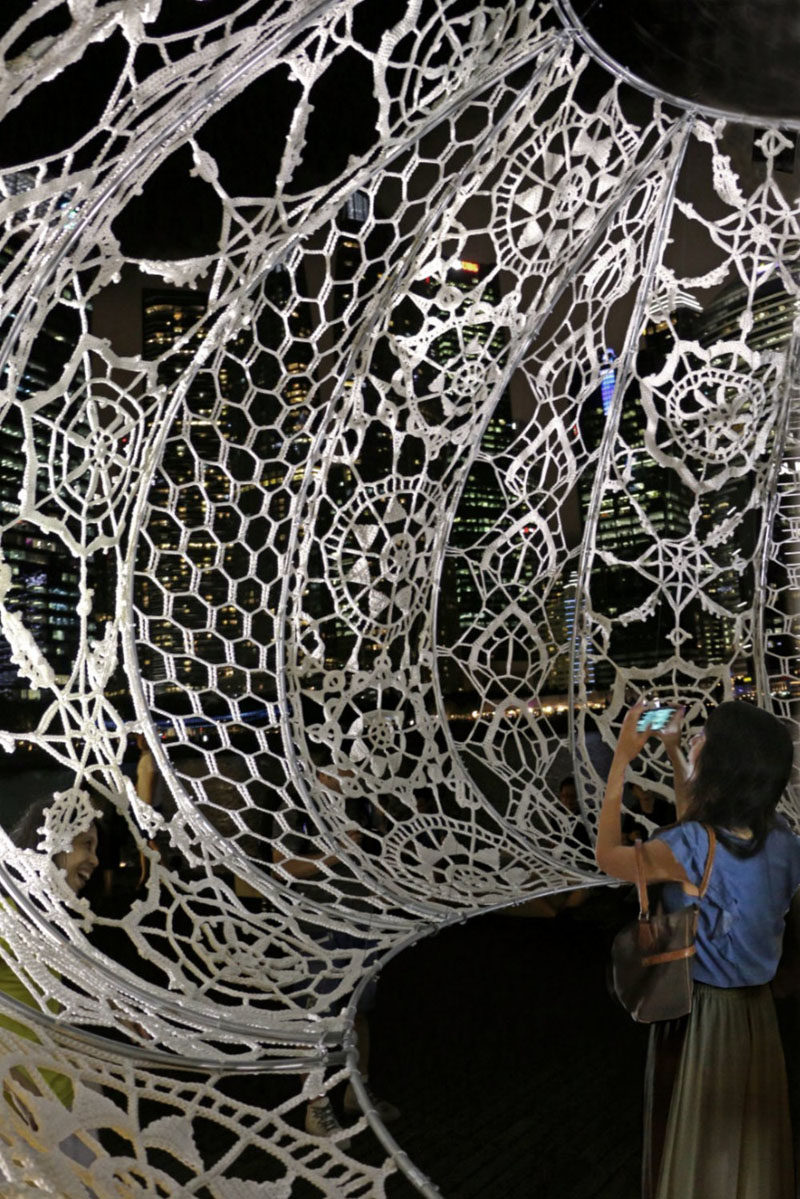 The Urchins are composed of 20 white hand crocheted segmented panels, which are joined to a series of metal ribs at ground level at the site, and later fastened to a top and bottom ring once suspended. Each Urchin is about 56 feet (17m), and weighs about 220 pounds (100 kg). 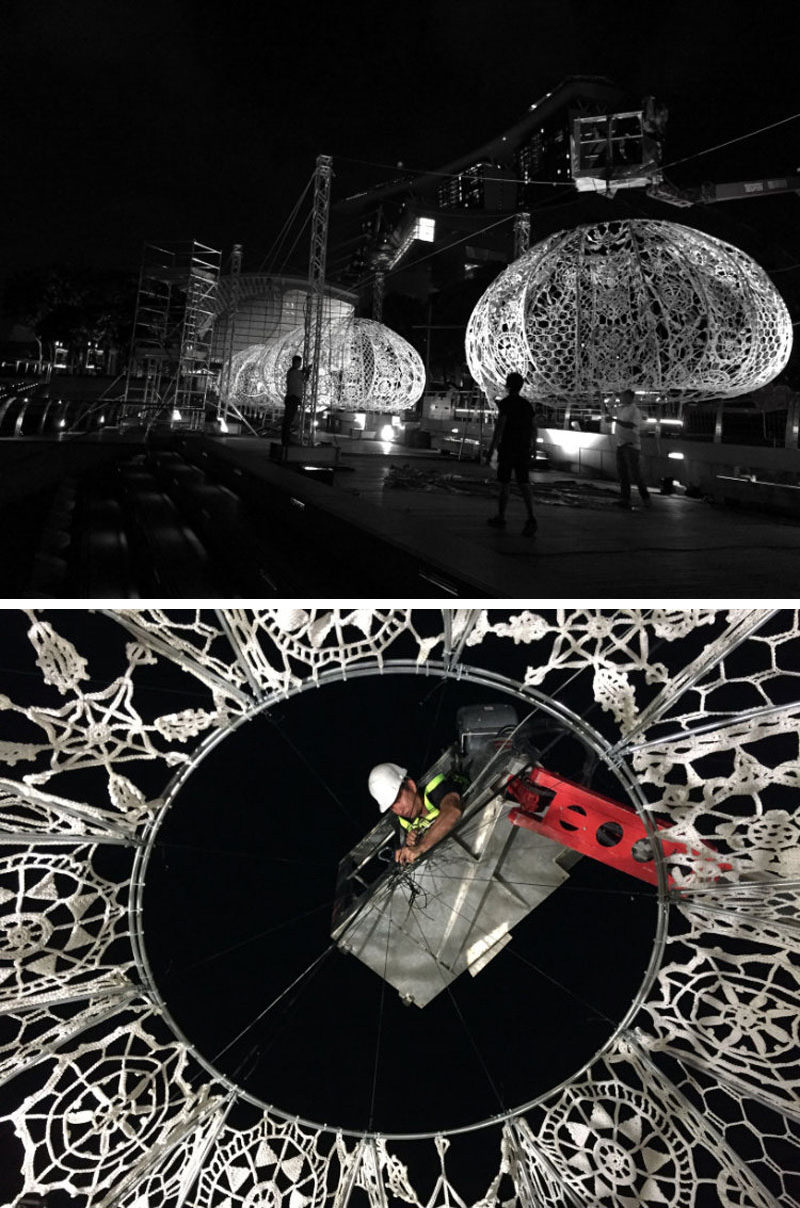