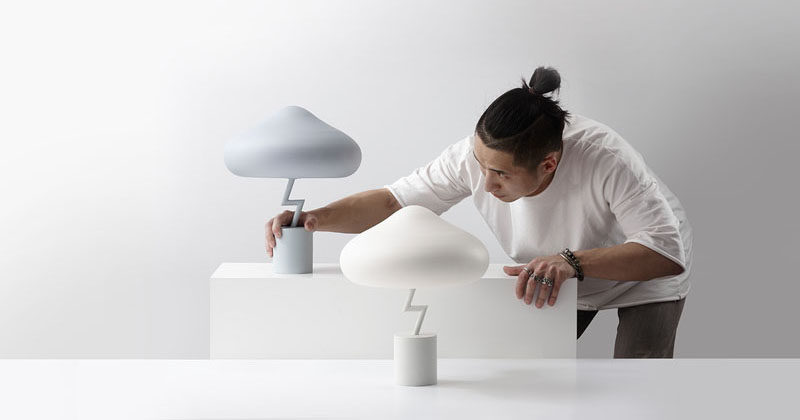 South Korean designer Jinyoun Kim has created the Lightning Lamp, which was inspired by an old Korean phrase, “Being struck by a thunder out of blue sky”, which describes people confronting unexpected catastrophic events. 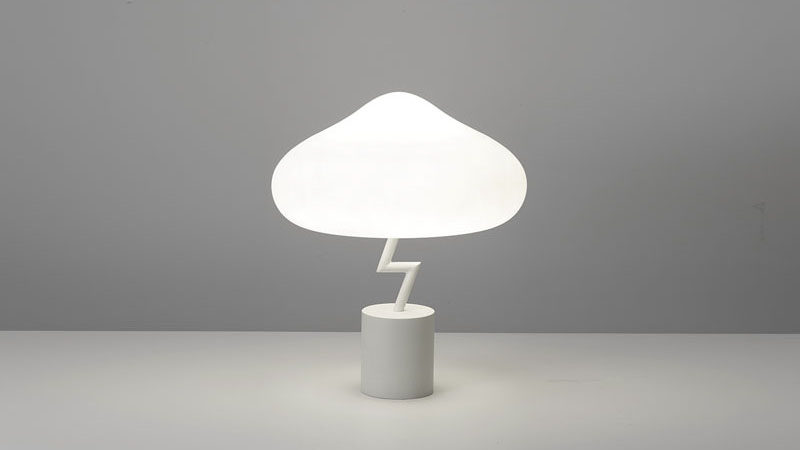 The designer shares that the “…we want to become individuals watching the scene above the clouds, not helpless victims under the cloud struck by the lightning. In other words, lightning lamp encompasses the message of overcoming challenges during lifetime by changing the outlook.”

Let’s have a brief look at the process the designer went through to create the lamp…first was the designing phase where he created sketches to refine the design. 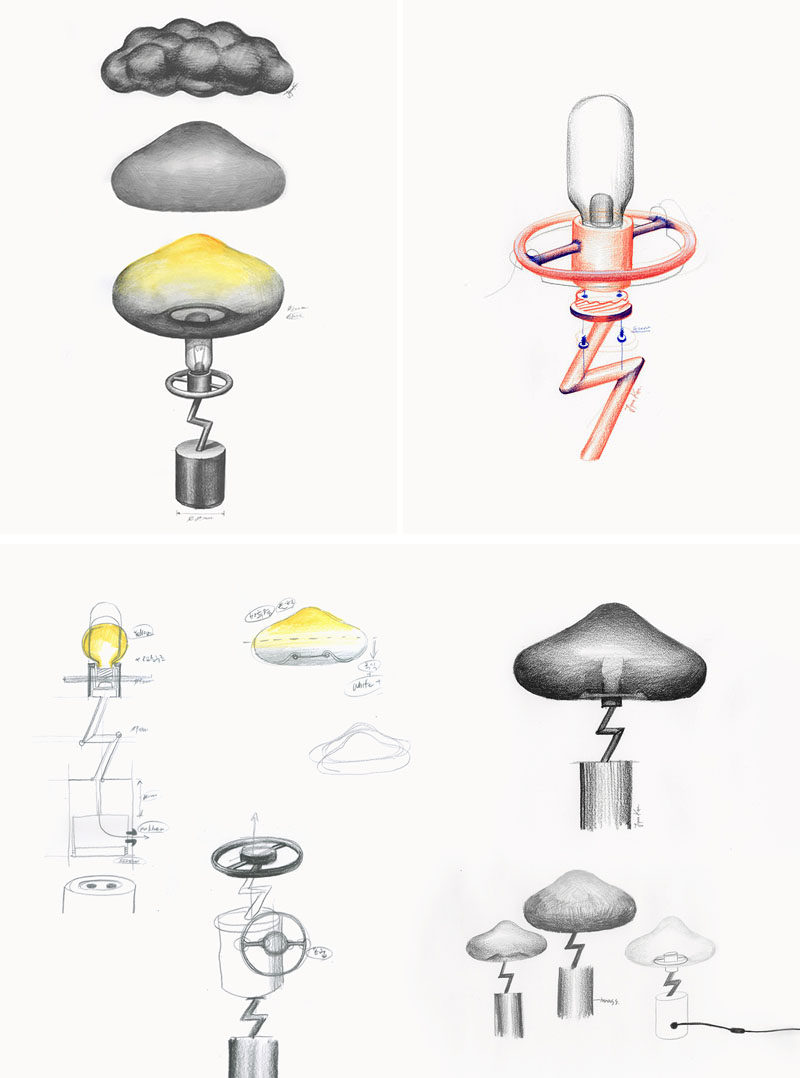 Then, he worked with skilled craftsmen to create a number of variations of the glass ‘cloud’ shade, before settling on the final design. 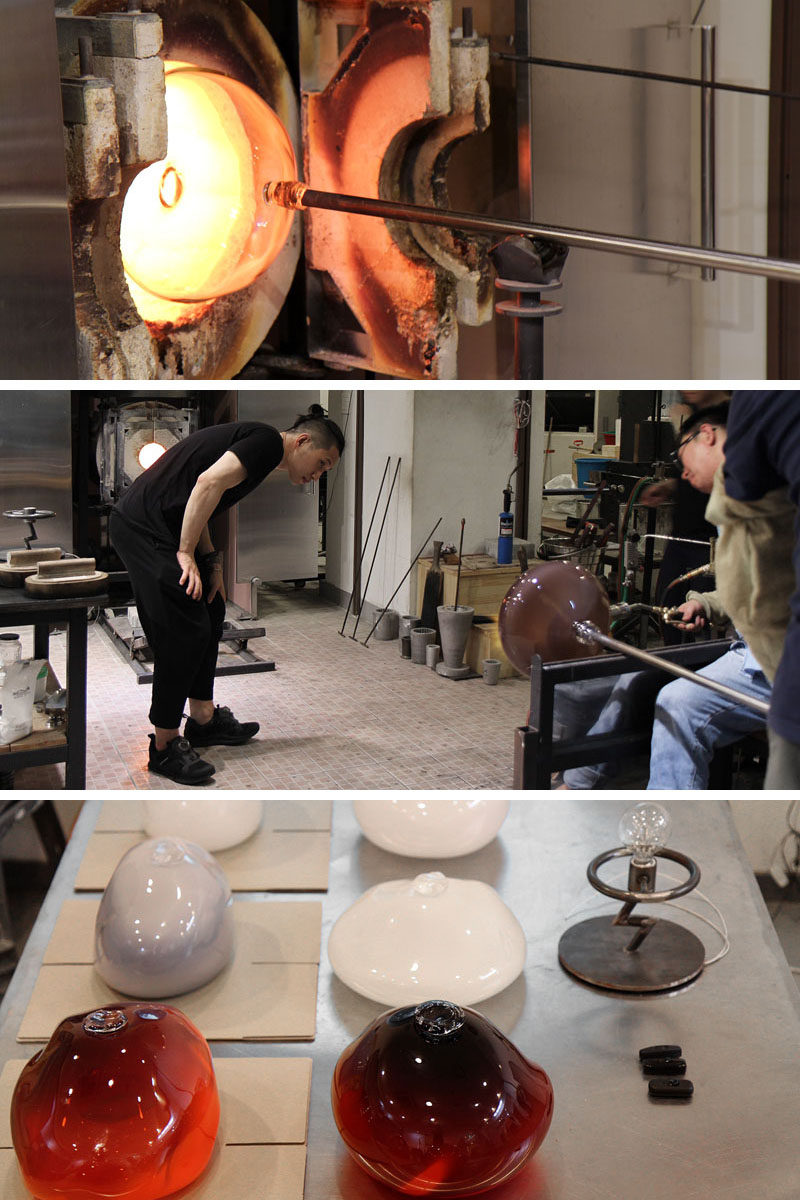 After the ‘cloud’ was completed, he had the base made, and after combining the two, he ended up with his final design. 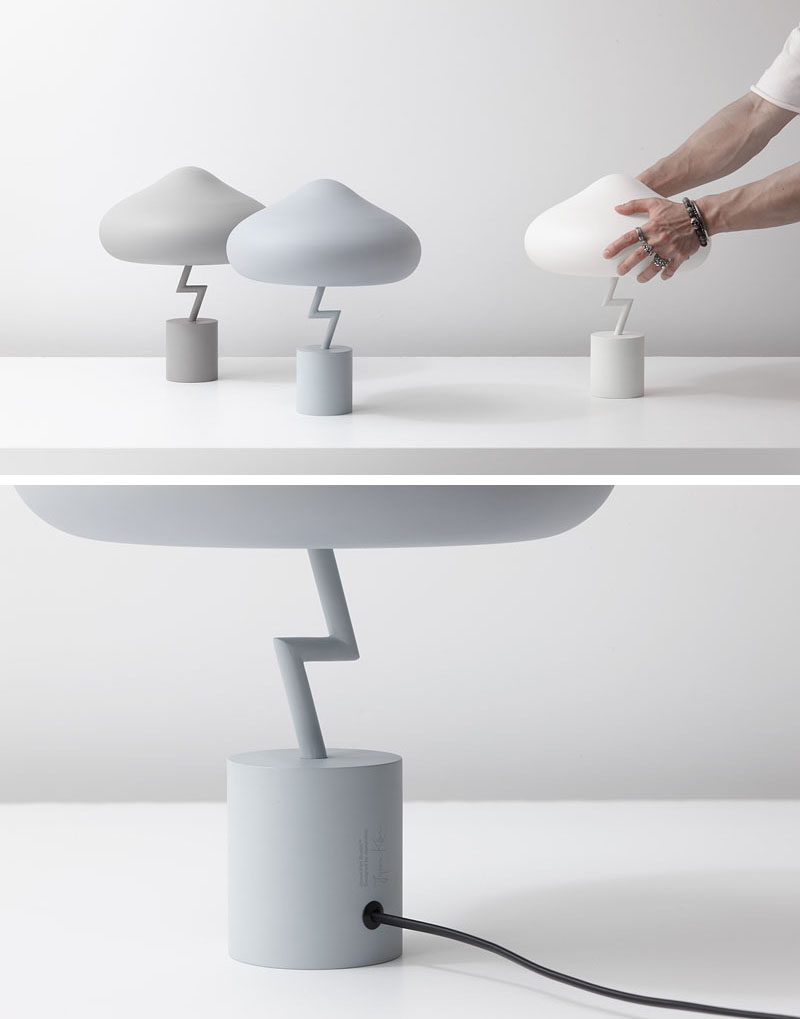