Kelly Robinson Has Designed The Los Angeles Office Of JOANY 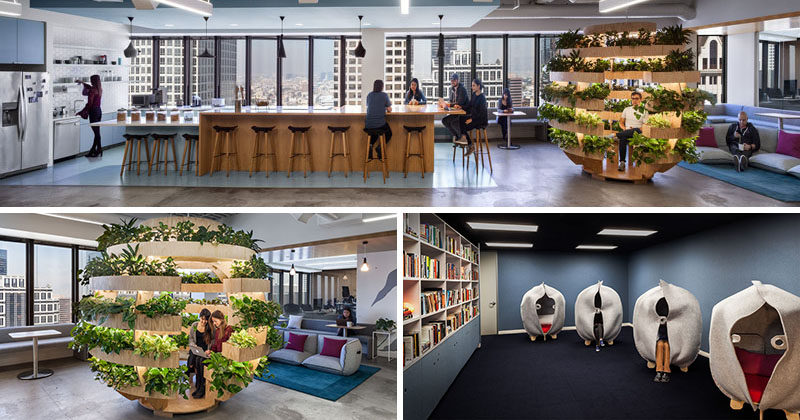 Interior designer Kelly Robinson has recently completed the design of the new offices of JOANY in Los Angeles, California.

Kelly was asked by her clients, a healthcare company, to create a space that felt like home but would also be an environment that would reflect health and vitality.

The company’s icon, Joan of Arc, has been added as a large contemporary art piece that spans the width of a wall. 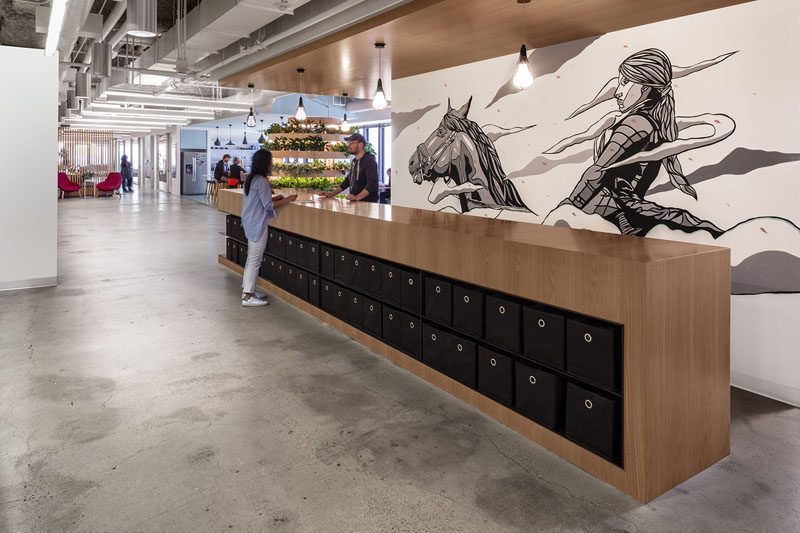 Christine Carrillo, one of the founders of JOANY, pitched the idea of a Growroom, a spherical garden that empowers people to grow food. 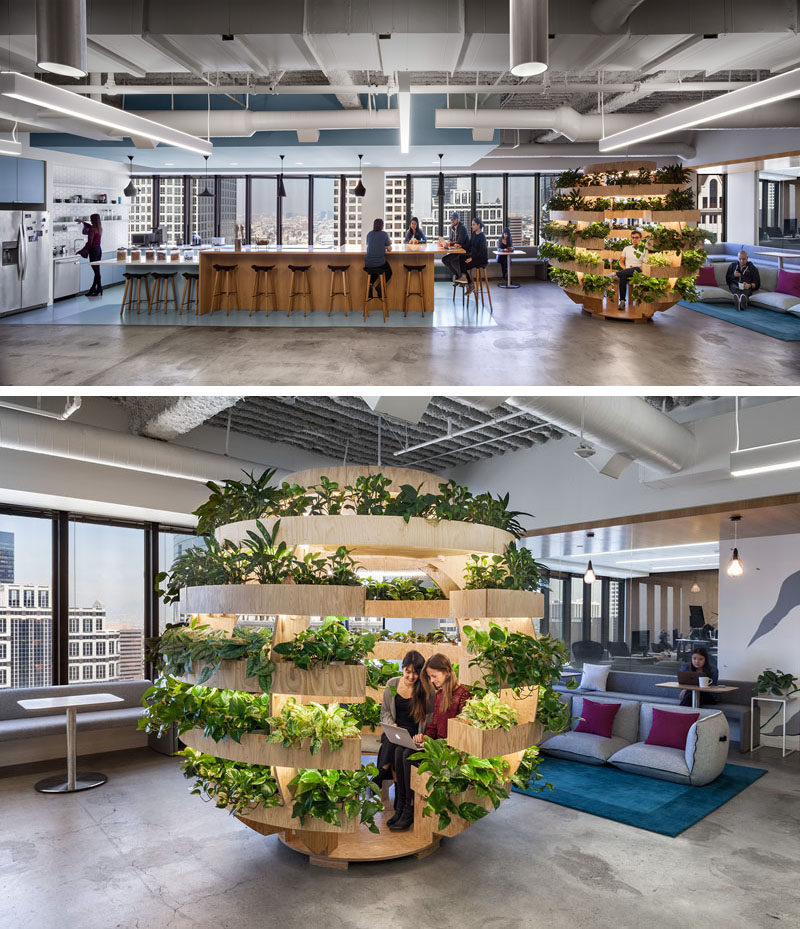 Inside the Growroom is a small bench seating area with cushions added for comfort. 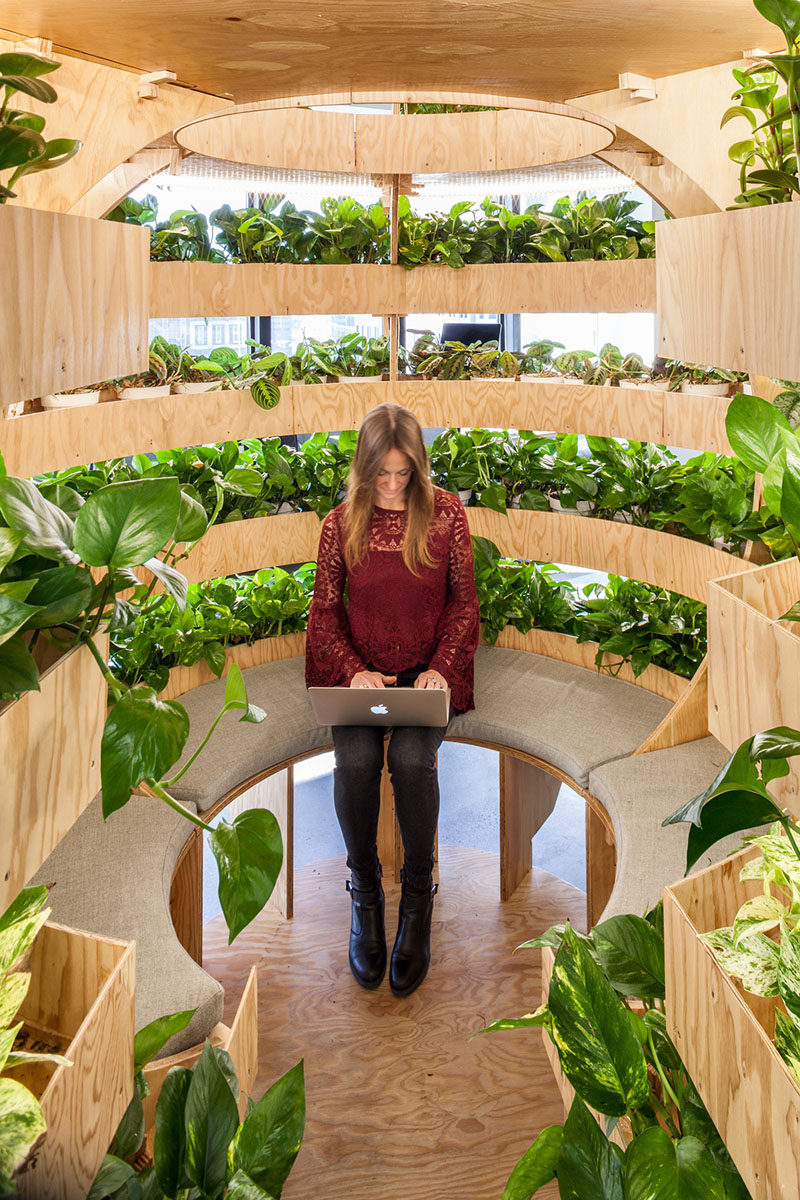 The office also has booths for meetings, and nearby is a green wall that adds additional touches of nature to the office. 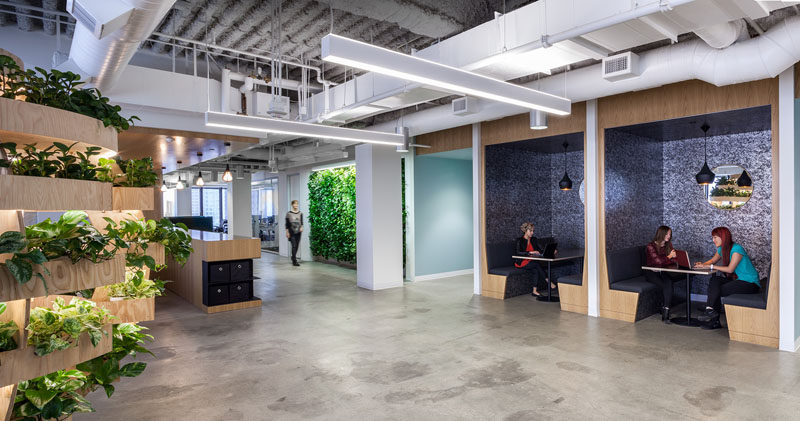 In the work area of the office, artist Jose Carrillo created custom street art where white walls begged for color brand identity. Kelly chose workstations by Mash Studios as the company is growing and needed the area to be flexible. 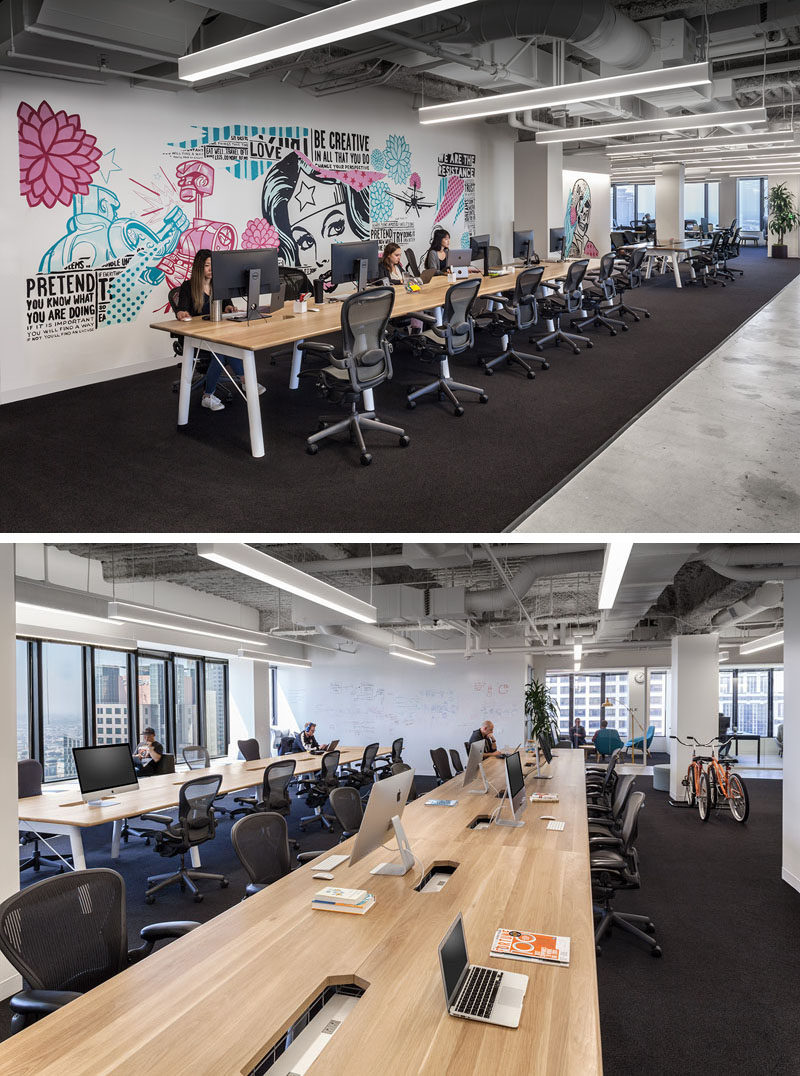 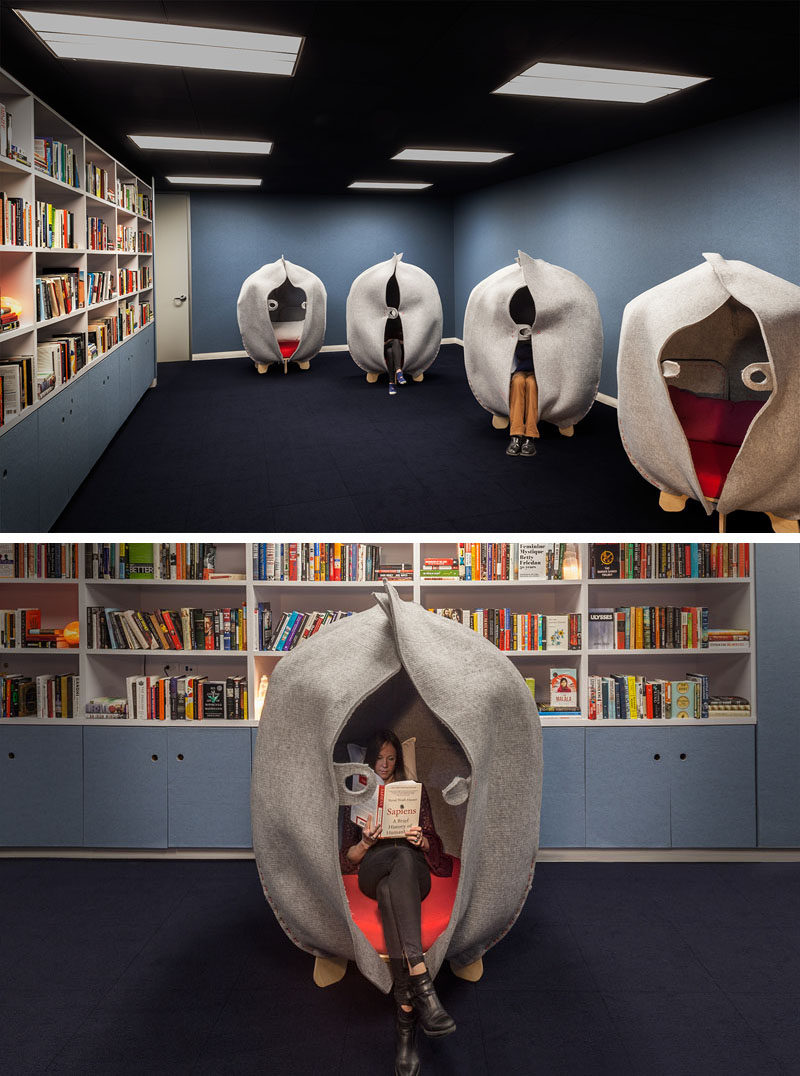 In this large meeting room, additional seating has been added in the form of window seats with backrests and a counter with stools.

In other smaller meeting rooms, pops of color, like bright pink walls, have been added to create a sense of vibrancy 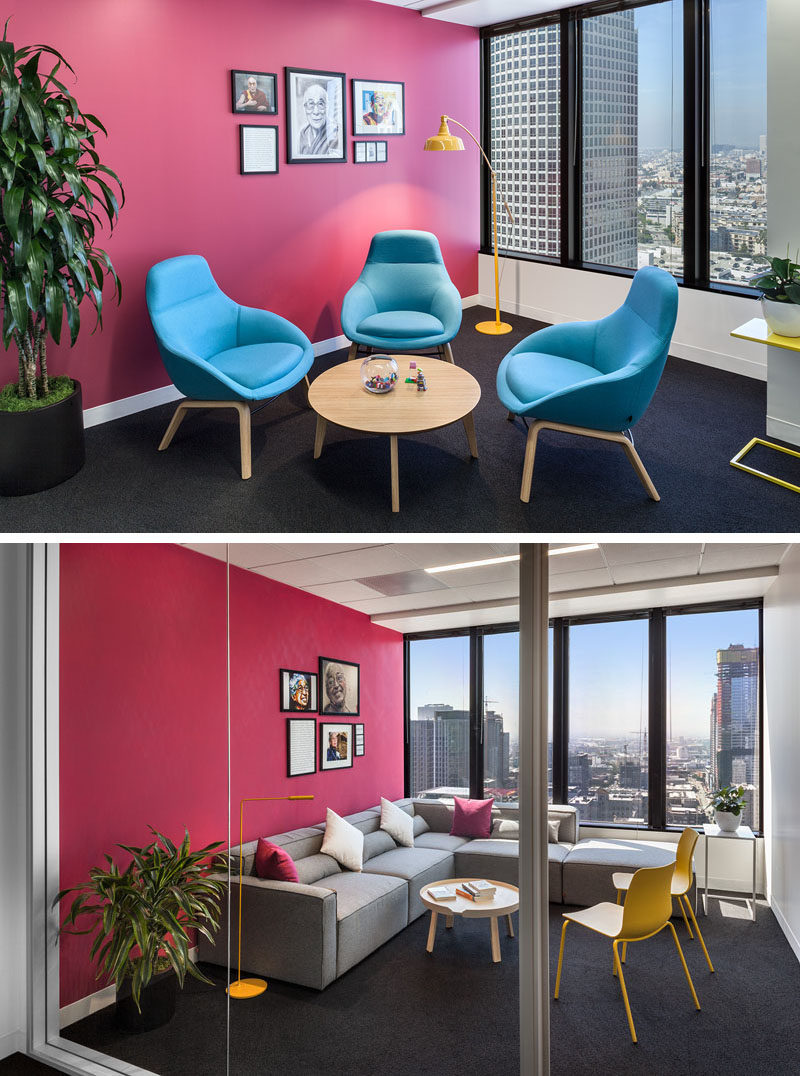