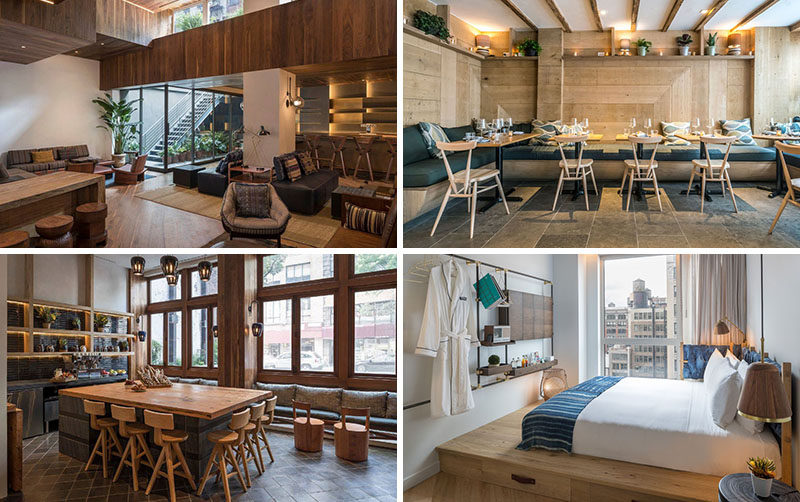 Sam Gelin, owner of Craft Hospitality has launched MADE, his first hotel in New York City. He worked with Los Angeles design firm Studio MAI, to create a modern look that features plenty of wood elements throughout.

The hotel has a variety of communal areas, like the lobby and lobby bar. Comfortable couches are combined with wood bar stools and hidden lighting to create cozy and relaxing environment. 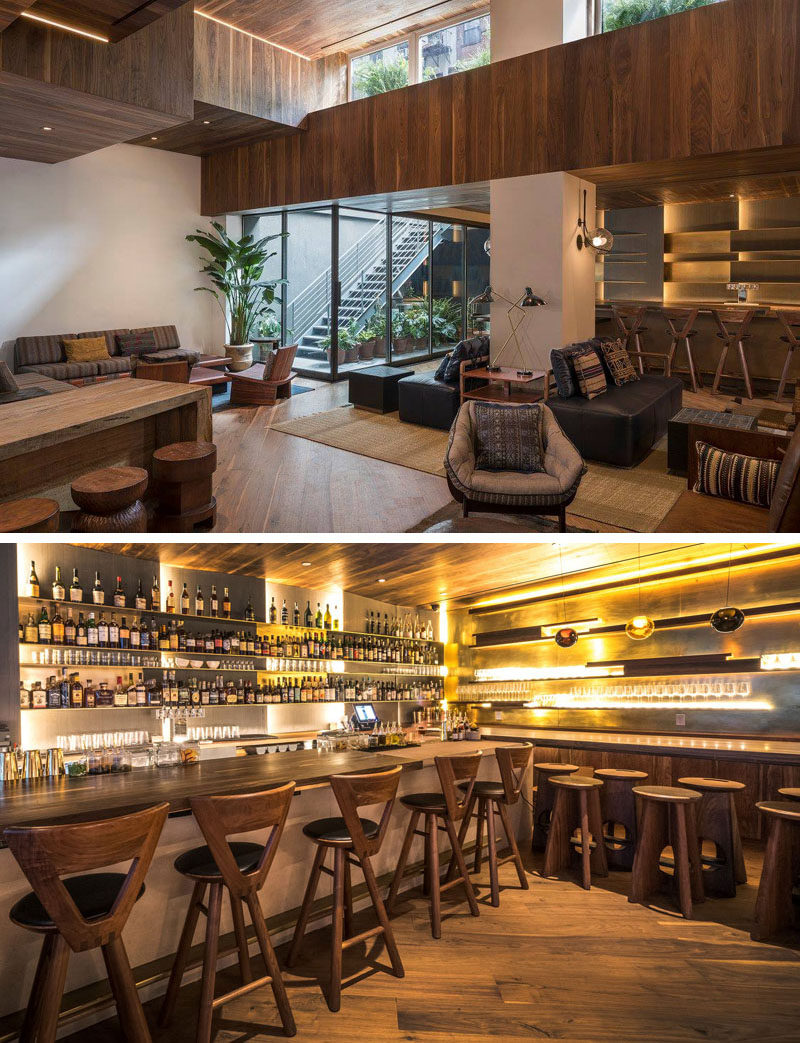 The hotel also has a restaurant named Ferris, that features wood walls and relaxed seating, as well as a tea/coffee area named Paper. 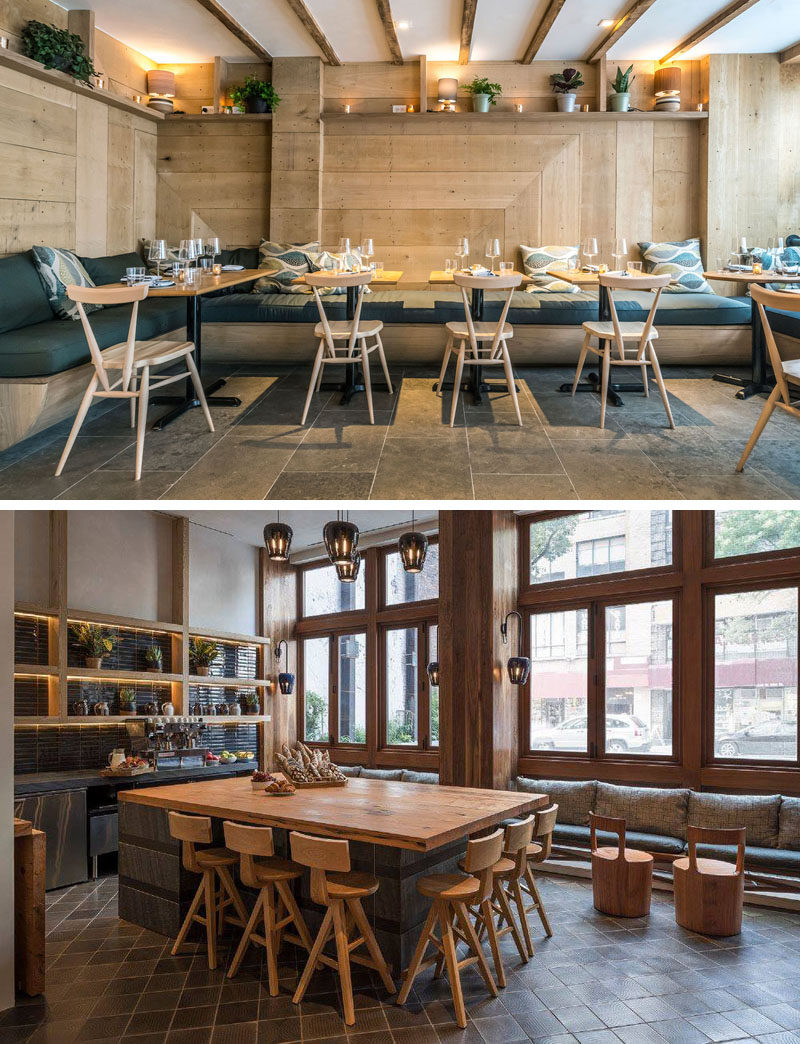 On the 18th floor of the hotel there’s Good Behaviour, a Tiki-inspired lounge with panoramic views of New York City, that serves cocktails and craft beers. 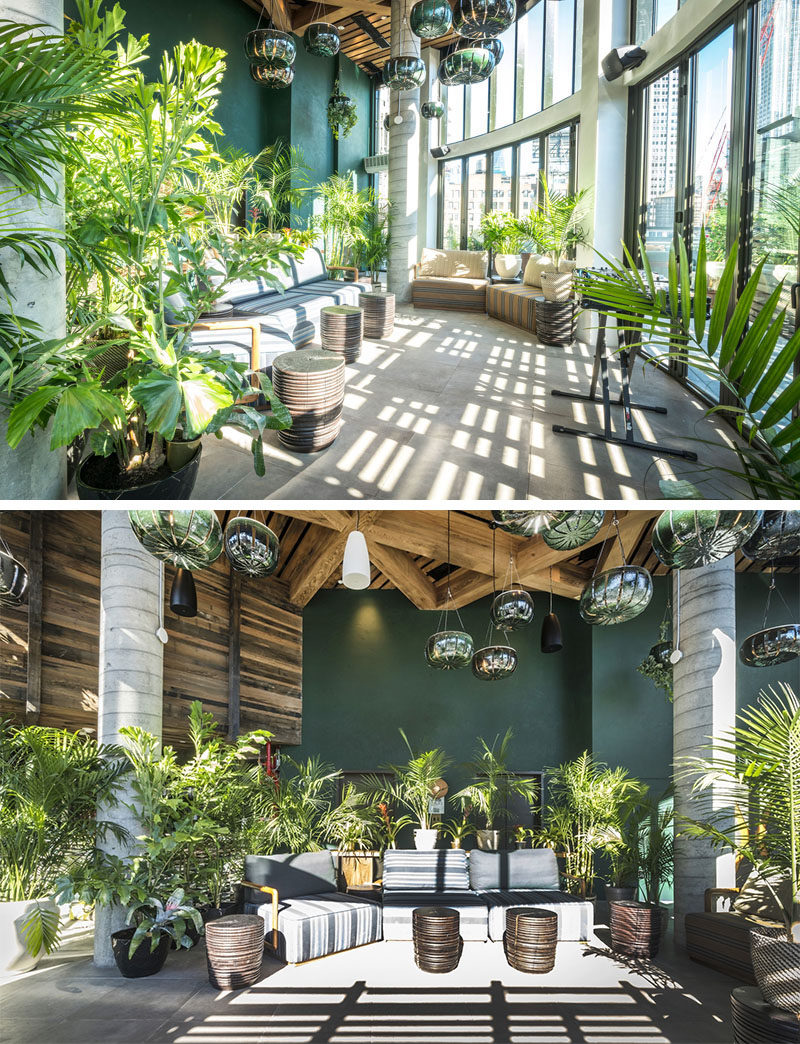 In some of the hotel rooms, a custom wall unit features walnut shelving and drop down desks, while color has been added with the use of headboards and blankets. 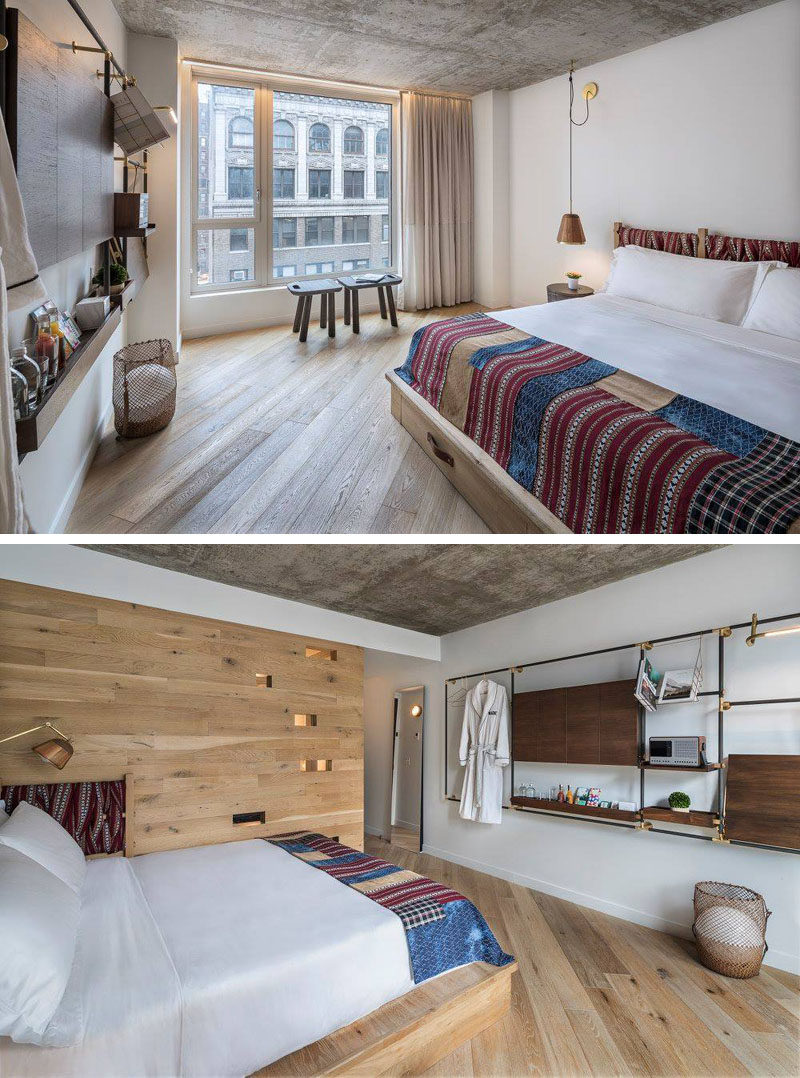 In some of the hotel rooms, the beds are raised up onto a wood platform, allowing for storage drawers to be tucked away underneath the bed. 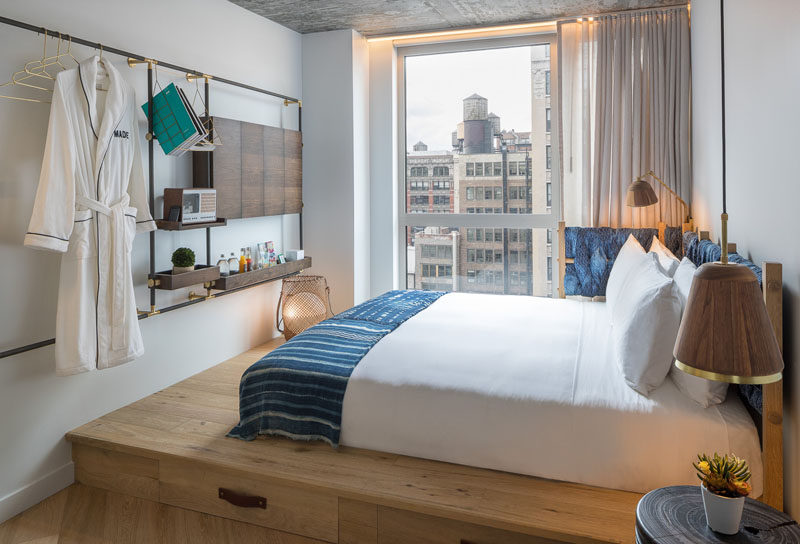 In the hotel bathrooms, tiles cover the walls while in the shower, hidden lighting creates a soft glow. 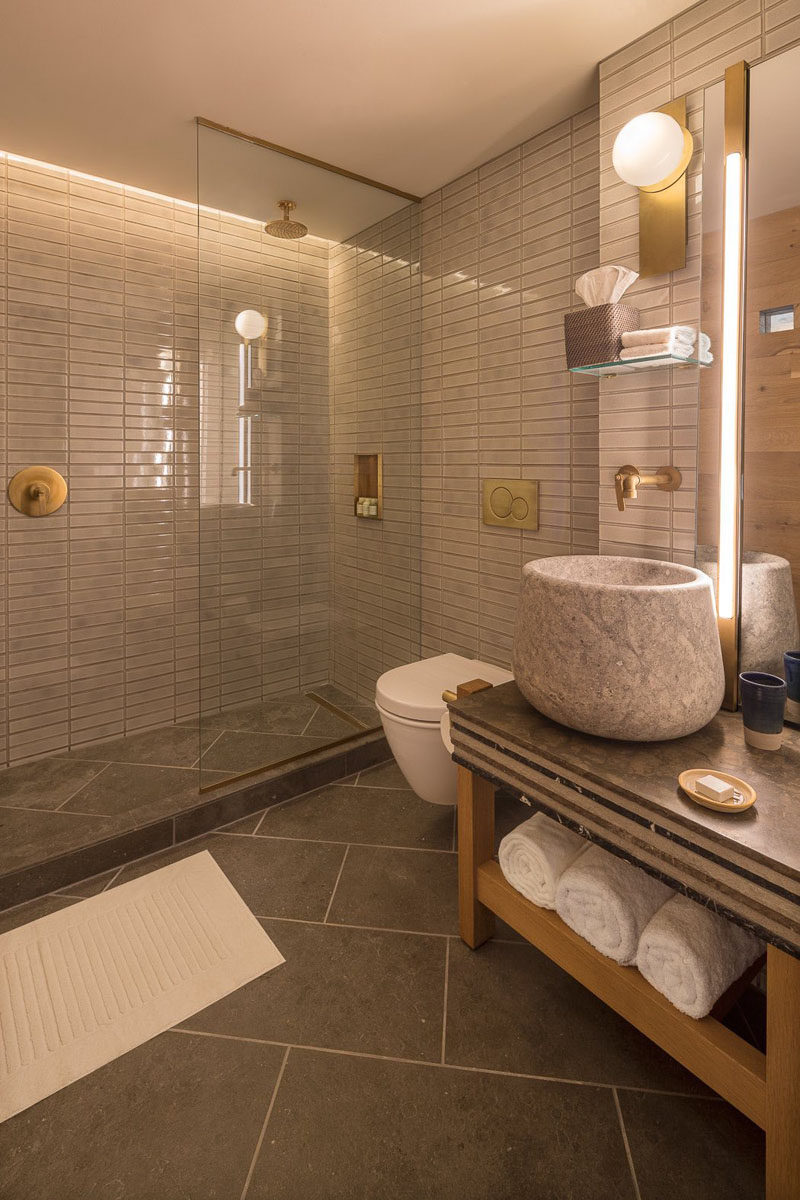 In the Empire suite, the bedroom space is separated from the living room with a sideboard, while the bathroom is located on the other side of the room. A freestanding bathtub is opposite a walk-in shower while a wood ladder provides a place to hang your towel. 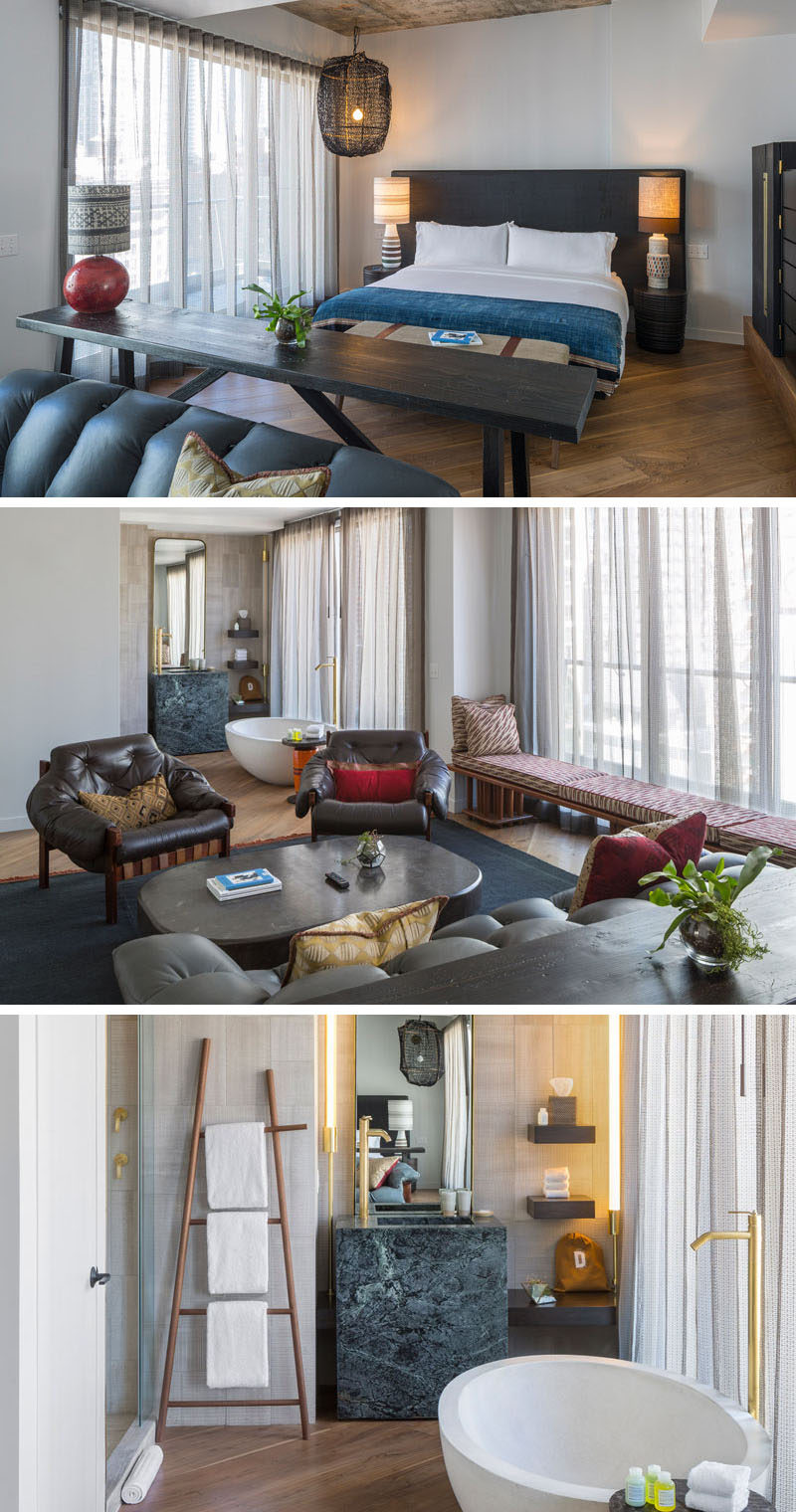