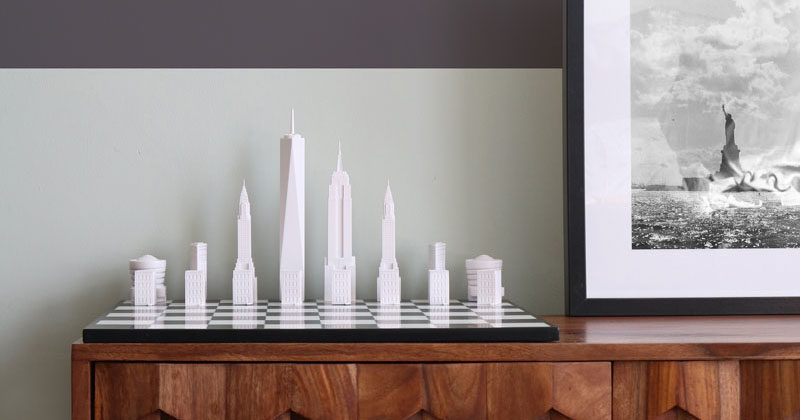 UK based start-up Skyline Chess, has just launched their latest design for a chess set, the New York City Skyline.

Starting out with skyline images of New York City, the designers Ian Flood and Chris Prosser, choose the buildings that they believe would best represent New York and would also be the correct size for a chess piece. Once the building has been decided, it’s then drawn by hand and then in CAD to create the final design.

Each individual piece is then injection moulded, with the design of a piece including a cavity inside for a metal weight core, ensuring a pleasing weight when being used on the chess board. 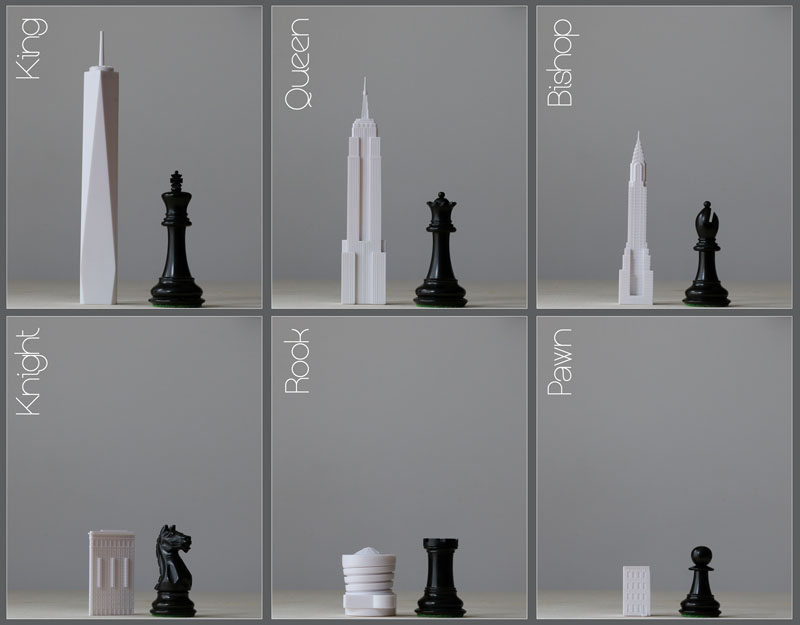 Here’s a look at the final set of the New York City Skyline chess set that includes buildings like the One World Trade Tower, the Empire State Building, the Chrysler Building, the Flatiron Building, the Guggenheim Museum and a Brownstone House.

The team behind Skyline Chess were successful in their first venture, the London Skyline, and by having the New York Skyline set, it can now be played as city vs city.

To find out more about Skyline Chess, you can visit their website here, or their Kickstarter campaign, here.