When coming up with the concept for the restaurant, the designers reinterpreted the idea of “nowhere” into the concept of the juxtaposition between reality and surrealism, which is represented through the use of an architectural element: stairs. 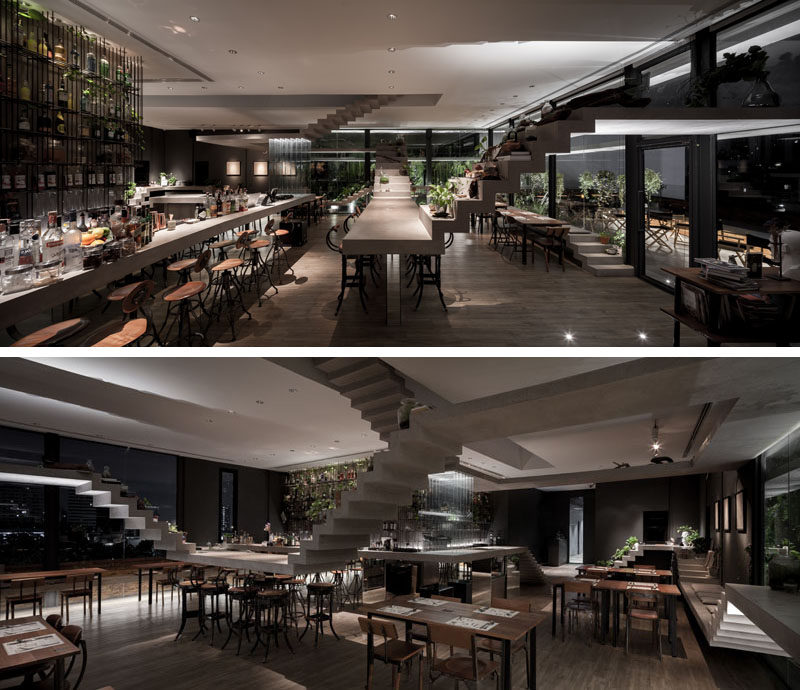 Traditionally, stairs have been used to connect different spaces and lead people to different levels. However, in this restaurant, the stairs were given a new interpretation, instead of leading somewhere, it leads to ‘NOWHERE’, like the idea by MC. Escher’s artwork, “Relativity.” 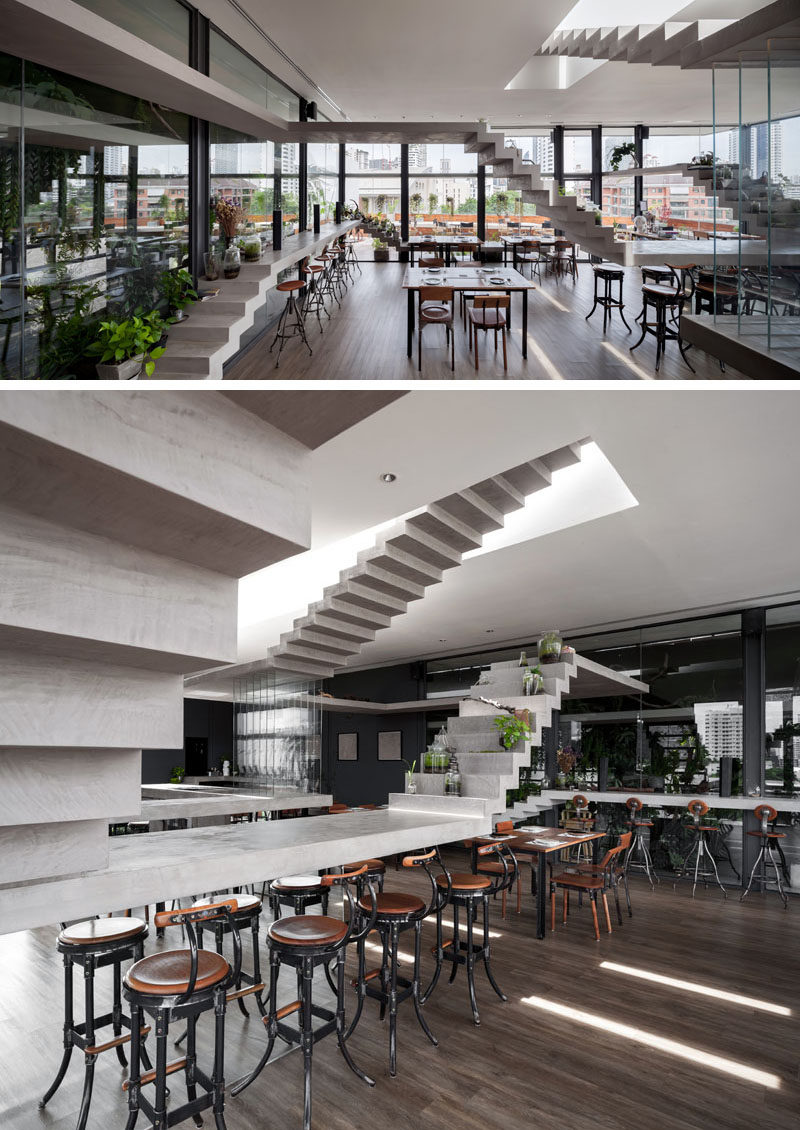 The stairs are the main feature, connecting the functions and spaces altogether. Designed as two continuous loops, the stairs create different functions such as seats, tables, bar, and a communal area. 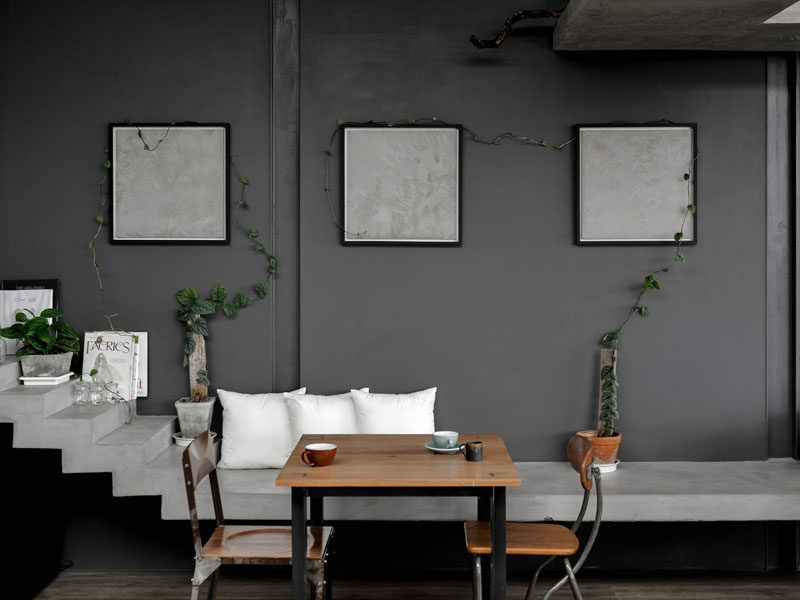 As the restaurant is open throughout the day and into the night, the changing sky can be seen through a long skylight. The loops of the stairs are designed to link the entire space from the first step to the last, where it vanishes into the sky, accenting the concept of ‘Going Nowhere’. 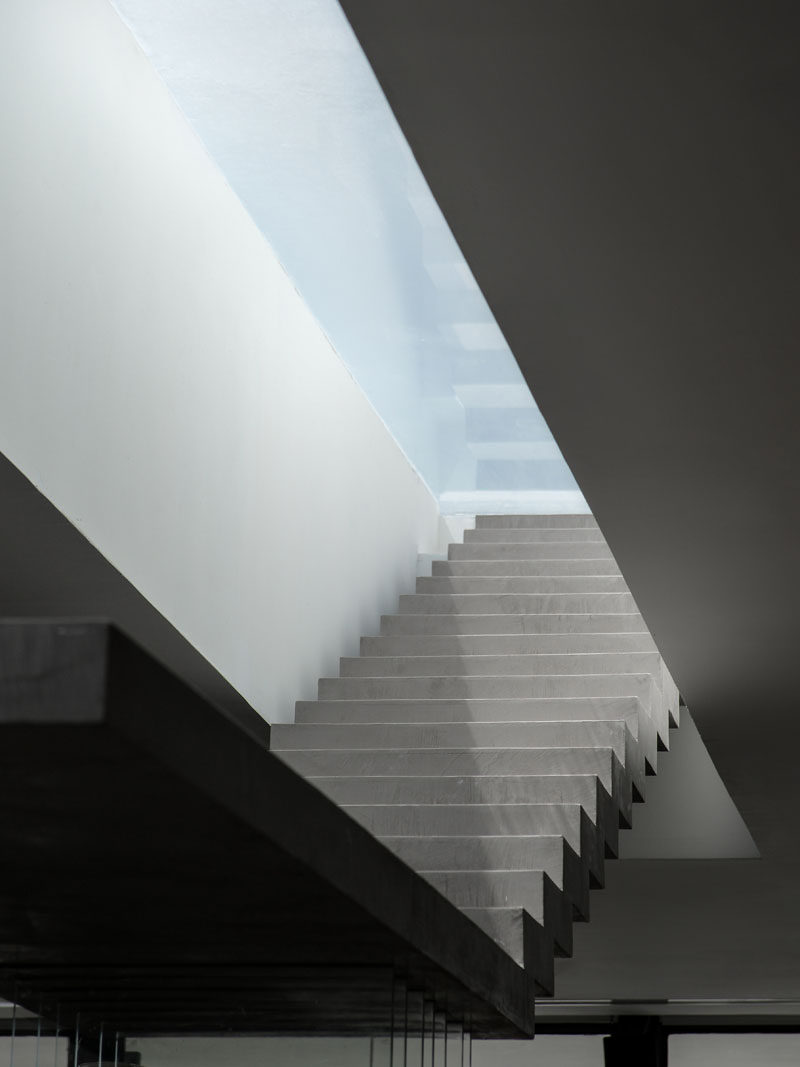 Here’s a look at the layout of the stairs that shows the loops. 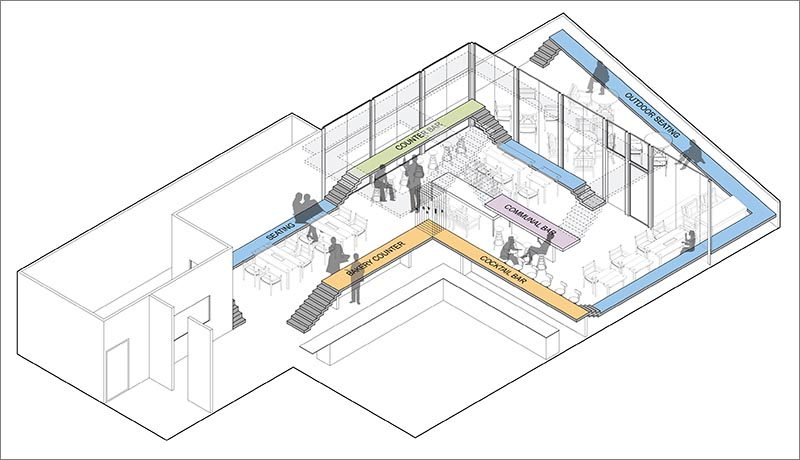