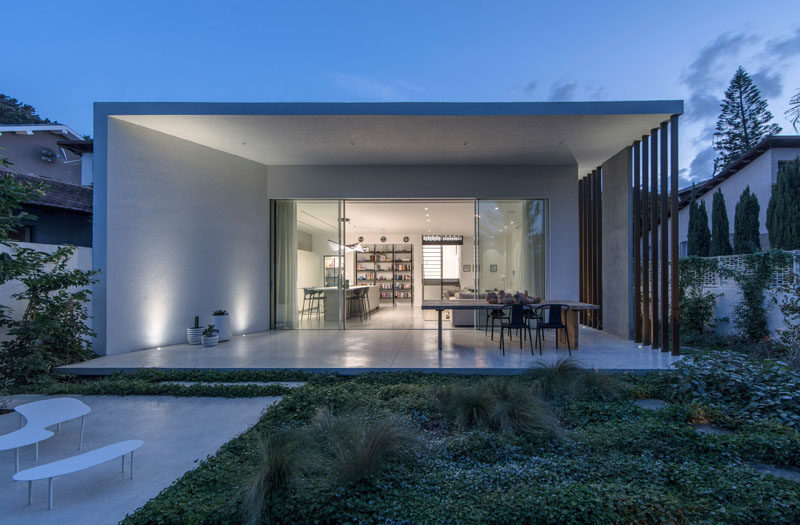 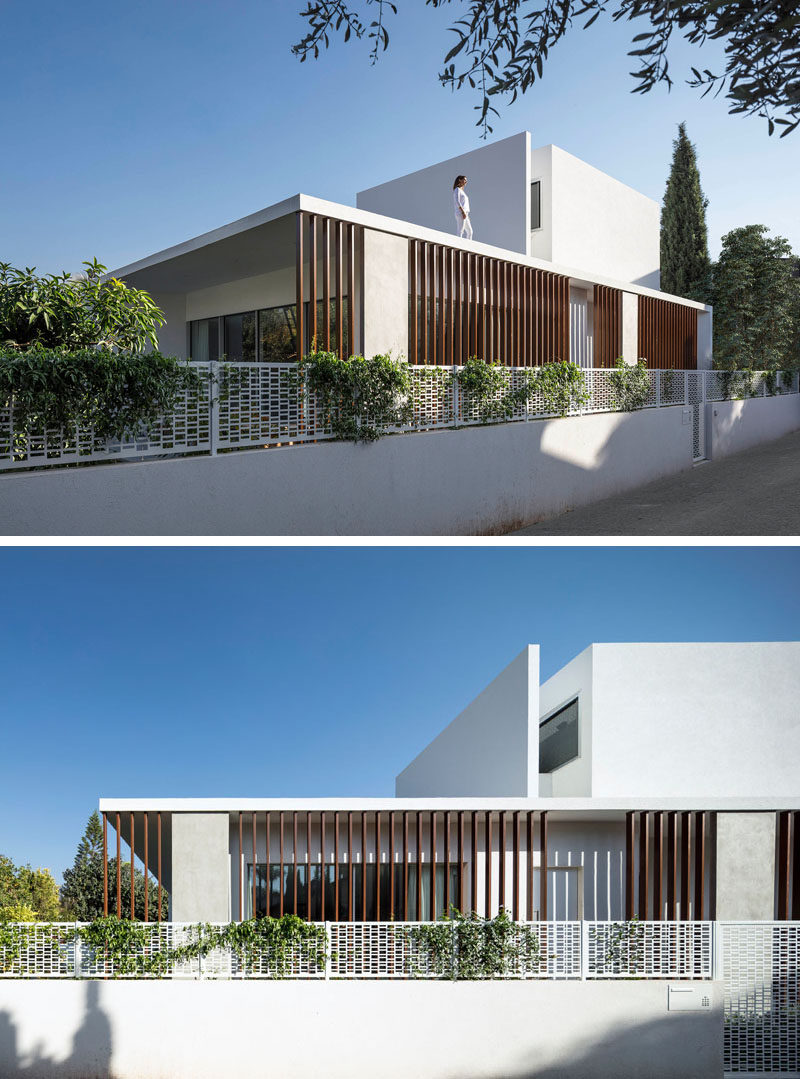 A white gate with a decorative pattern welcomes visitors to the home. 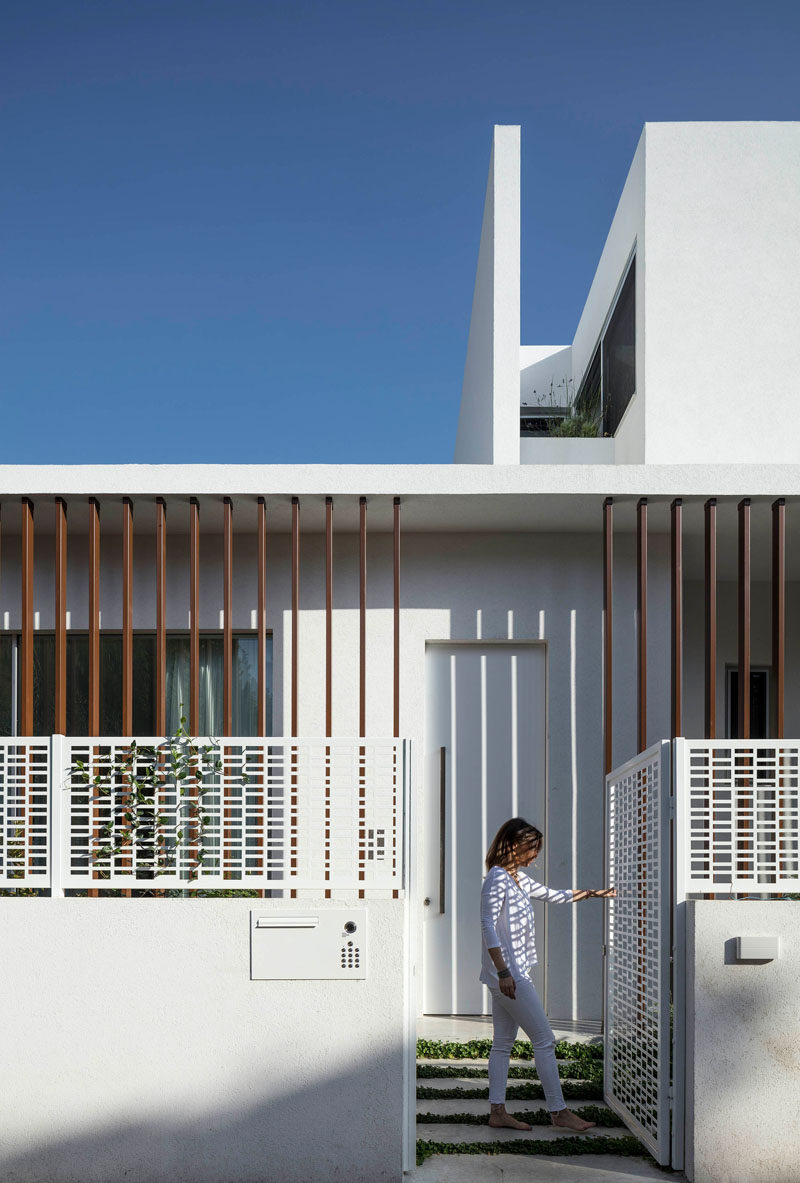 Through the gate, there’s a path that leads to the backyard, and iron louvres located along the western facade, offer privacy and create different shade patterns on the walls. 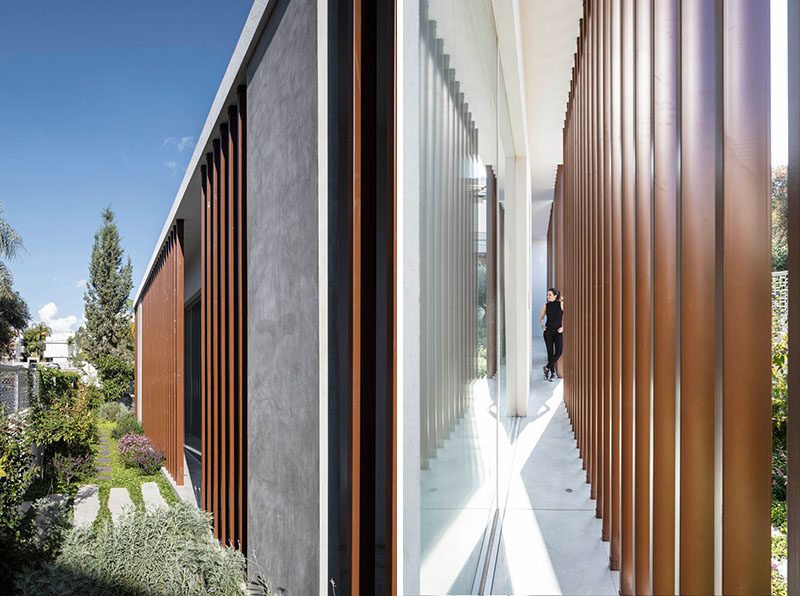 Inside, the tall front door opens into the living room, which also shares the room with the kitchen. A large sliding glass door opens the interior to the backyard, creating an indoor/outdoor living environment. 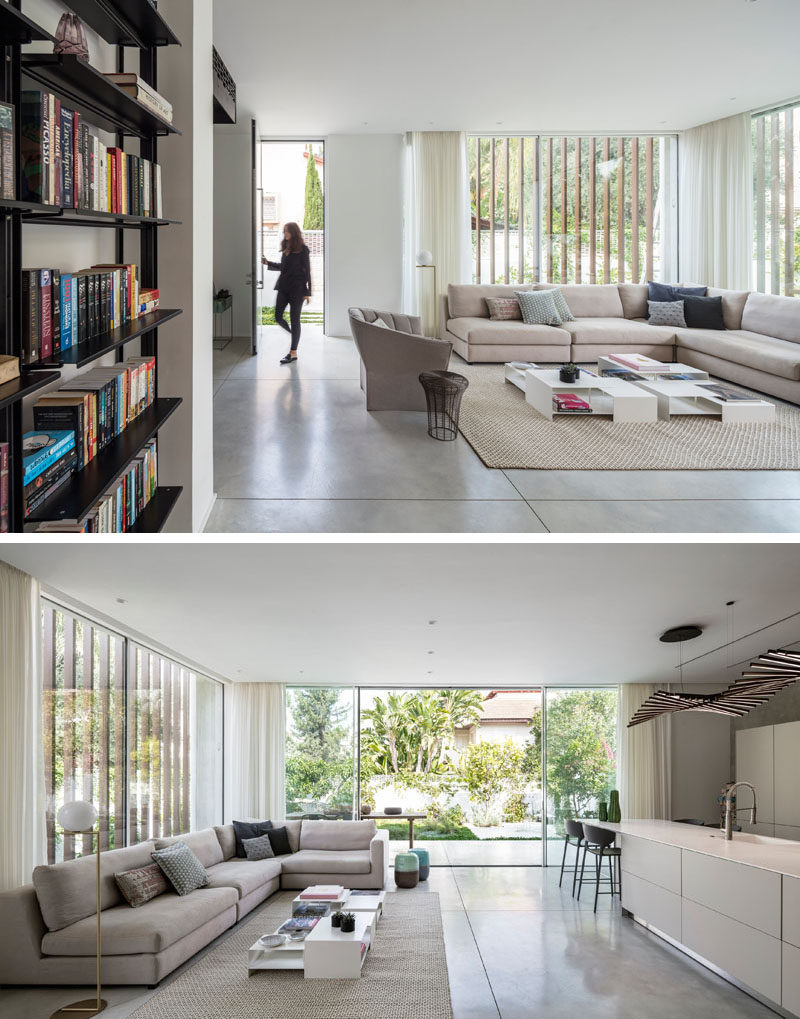 Outside there’s a partially covered patio and an additional smaller patio for relaxing in the sun. 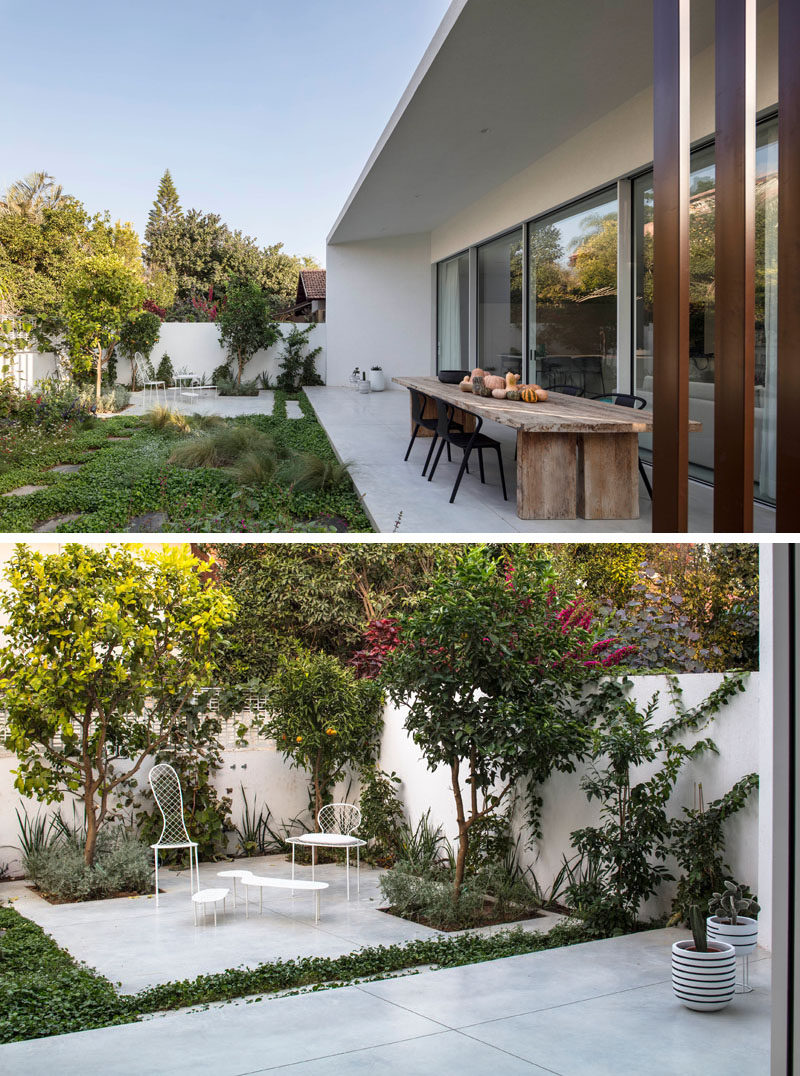 Back inside, the kitchen has minimalist cabinetry for a sleek and modern look, while a sculptural light fixture hangs above the island. 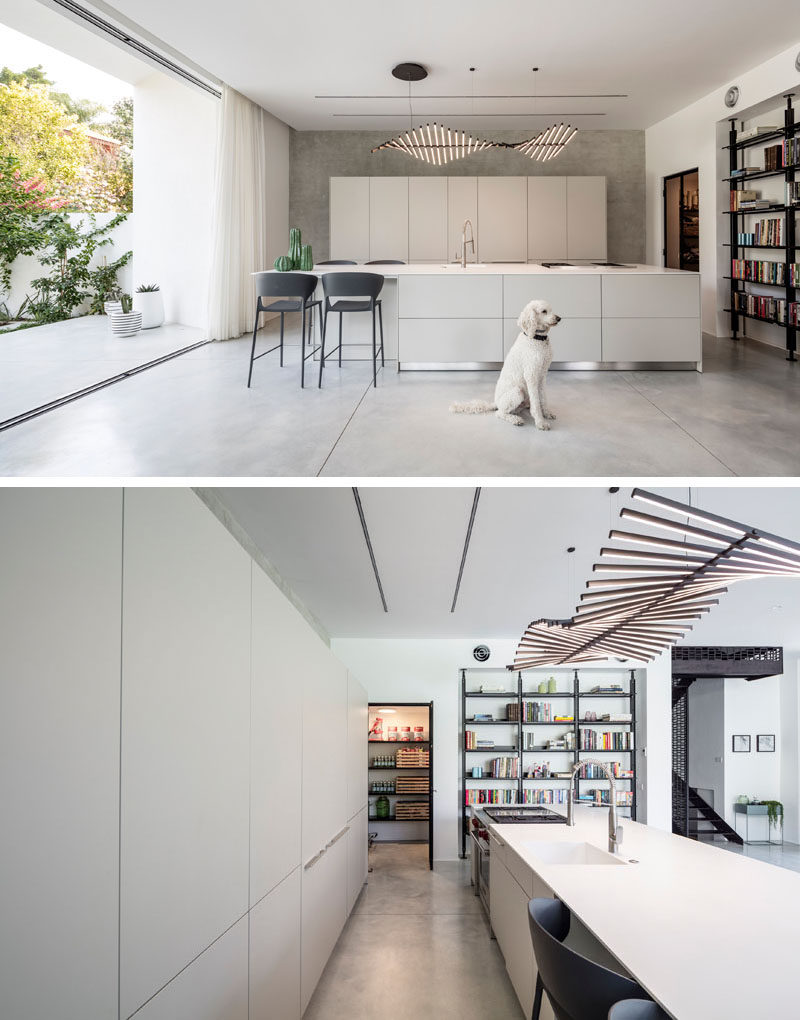 At the end of the kitchen, a black metal shelving unit has been built into an alcove, allowing it to sit flush with the wall. 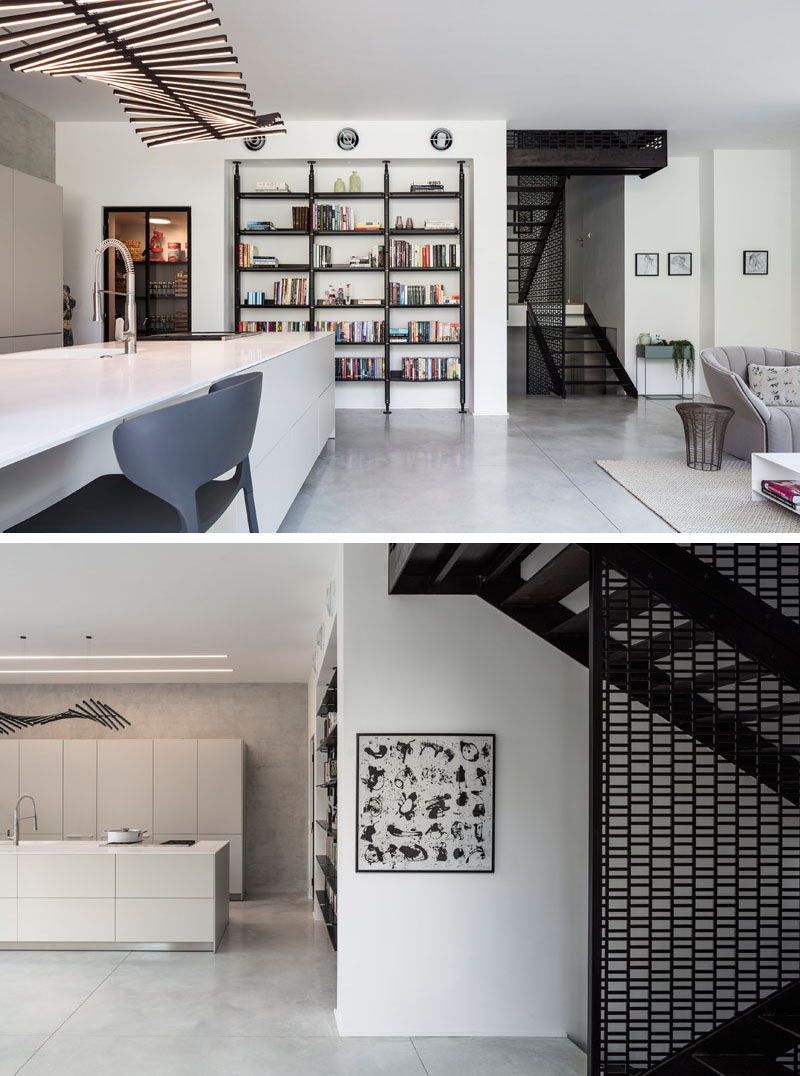 The pattern that was featured outside on the gate, is also featured inside in the stairwell as a screen that connects the various floors of the home. 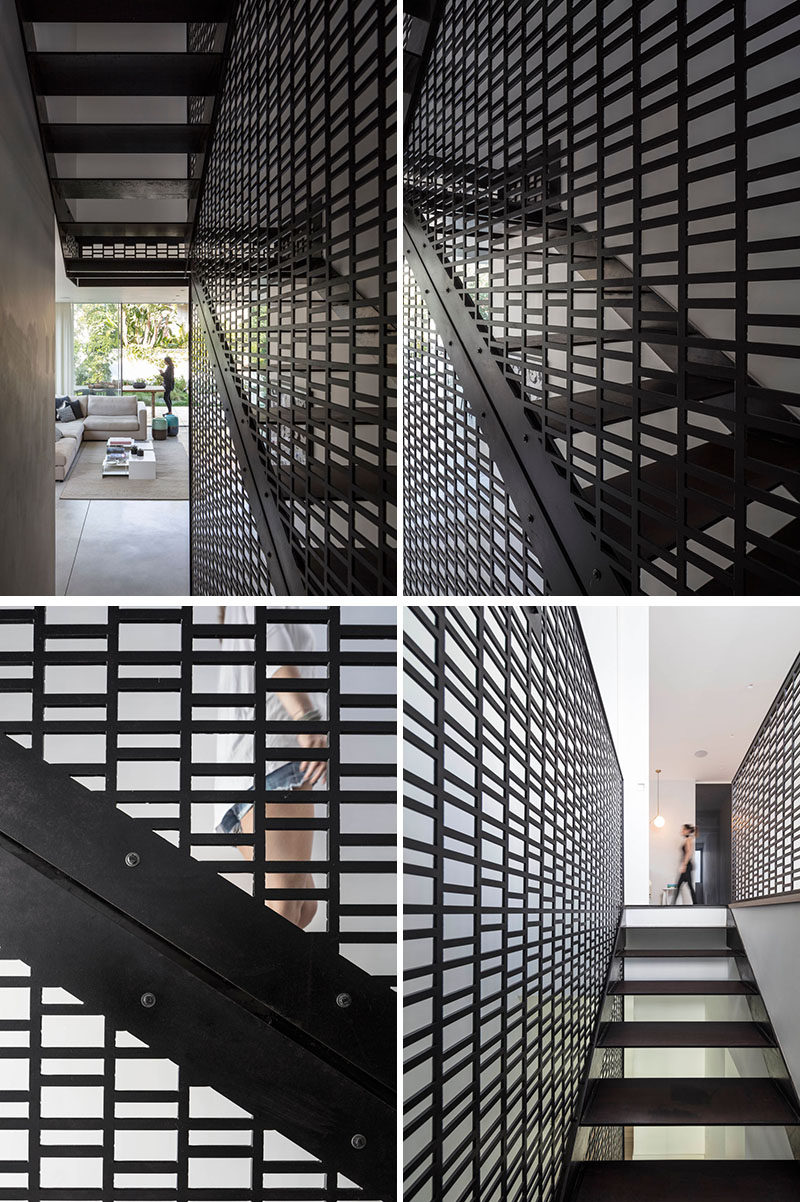 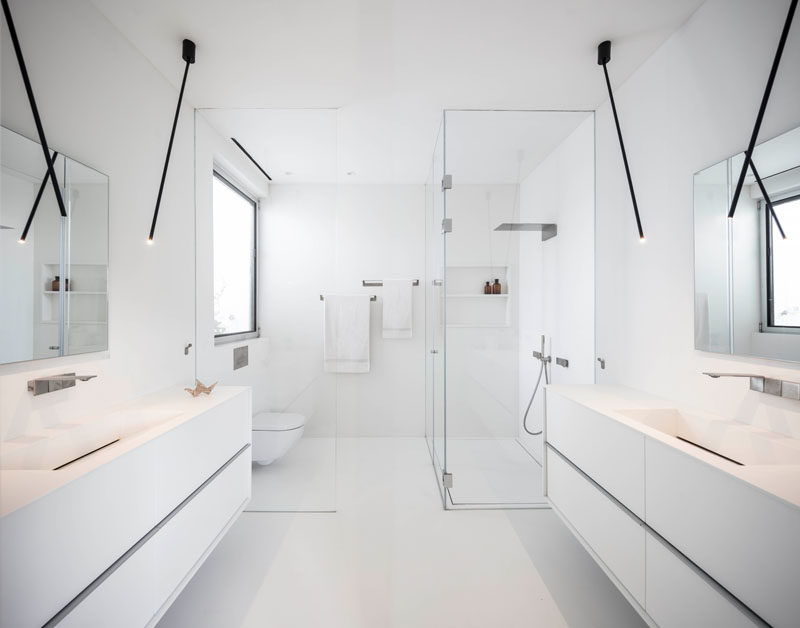