This Restaurant And Brewery Is Full Of Industrial Touches 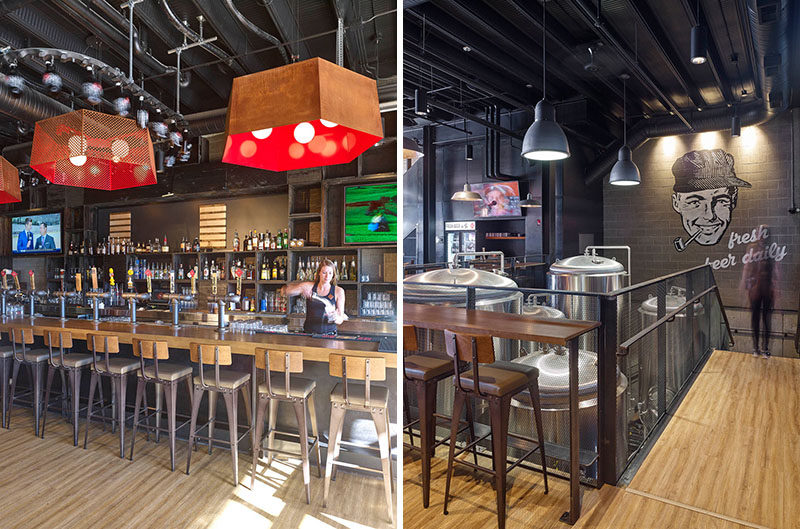 The restaurant was built in a preexisting building that underwent a number of changes in order to accommodate the unique needs of the brew pub. The facade of the building was pulled back in order to create an outdoor space on both the upper and lower levels of the restaurant. 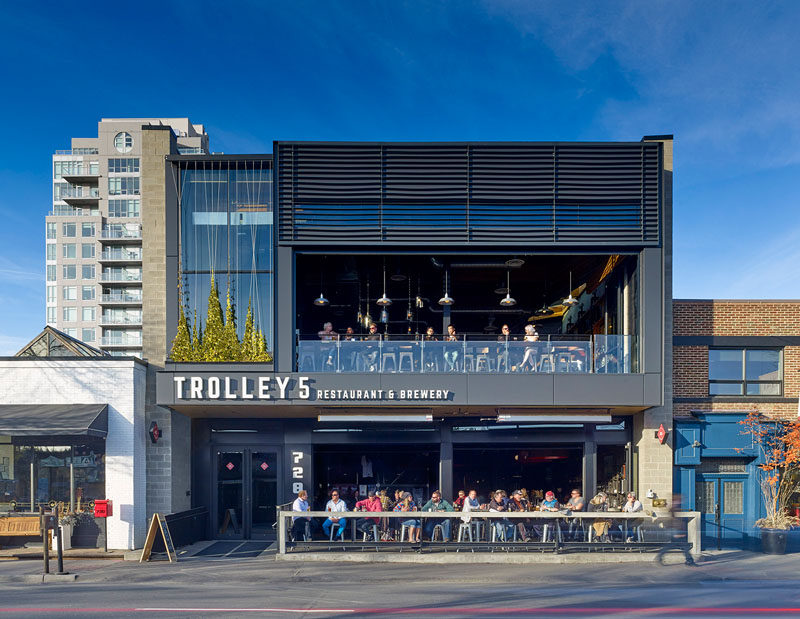 The bottom level of the pub features a casual dining area as well as a large bar area both with large copper lights above them. The large copper light fixtures, the use of pipes in place of more traditional looking beer taps, and wooden elements create an industrial vibe throughout the space.

Towards the back of the restaurant is another seating and bar are. Yellow booth seating and bar stools around industrial style tables create various seating options, and large glass windows give people a glimpse into the brewing part of the pub. 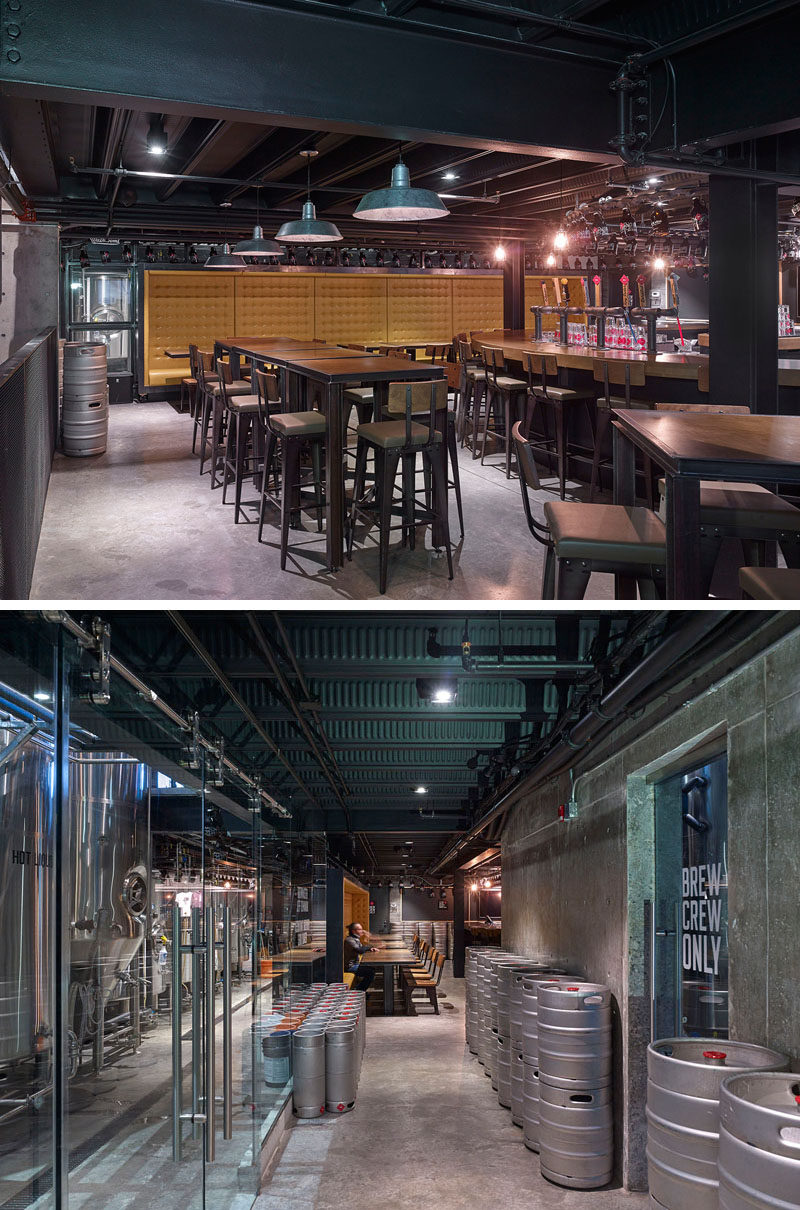 As you head upstairs to naturally bright second level you’re greeted by a friendly mural in a style reminiscent of the brew pub’s history. 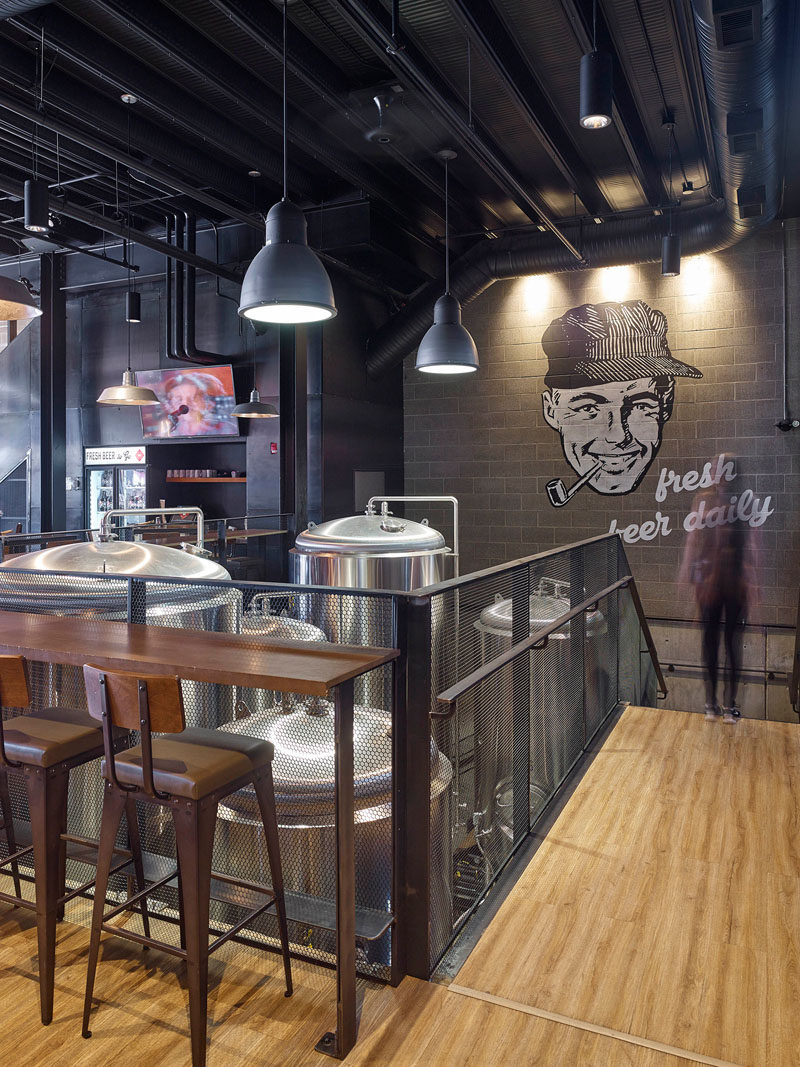 The dining area of the second level is made incredibly bright with the help of retractable windows that can be opened up to create an indoor/outdoor space when the weather allows for it. The yellow leather booth seats also brighten up the room soften the industrial elements.

At the back of the second level is another bar that features the same pipe-style taps as the bar downstairs and is brightened by a skylight directly above it.

Here’s a look at some of the industrial details like the pulley systems, and steel elements used throughout the space. 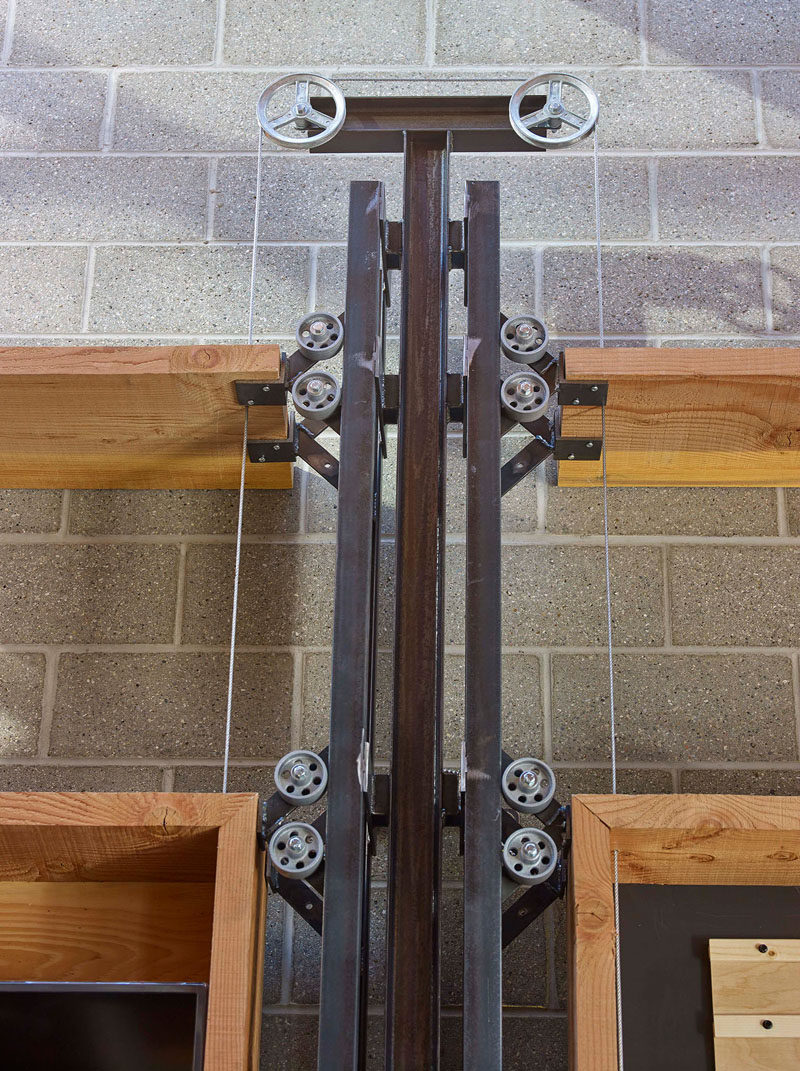 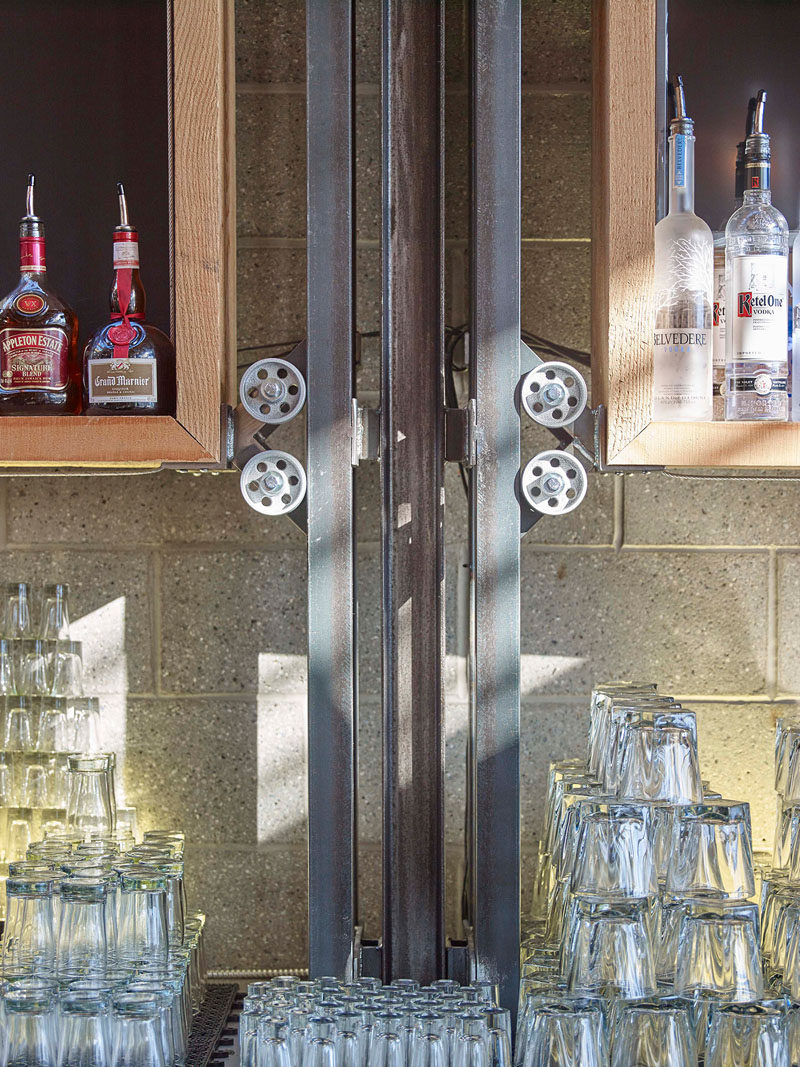