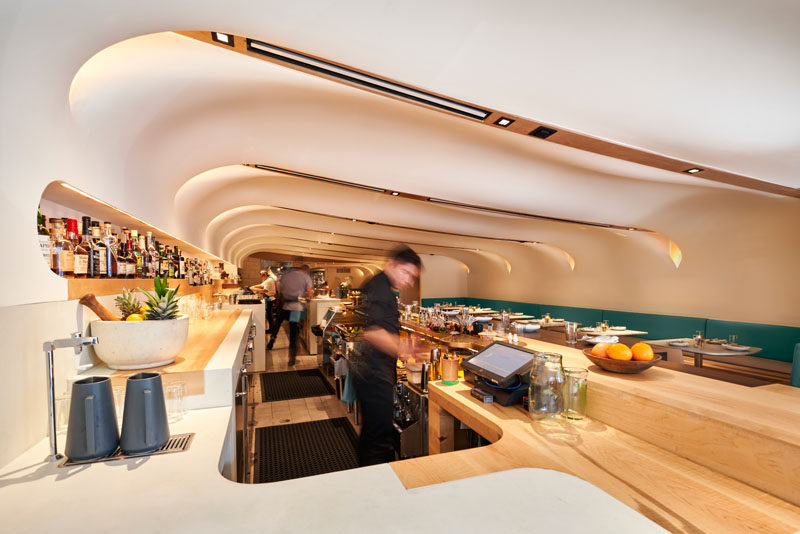 Canadian architecture studio PARTISANS, has completed Quetzal, a new restaurant in Toronto, whose design has been inspired by the billowing tarps of Mexico’s mercados (market stalls). 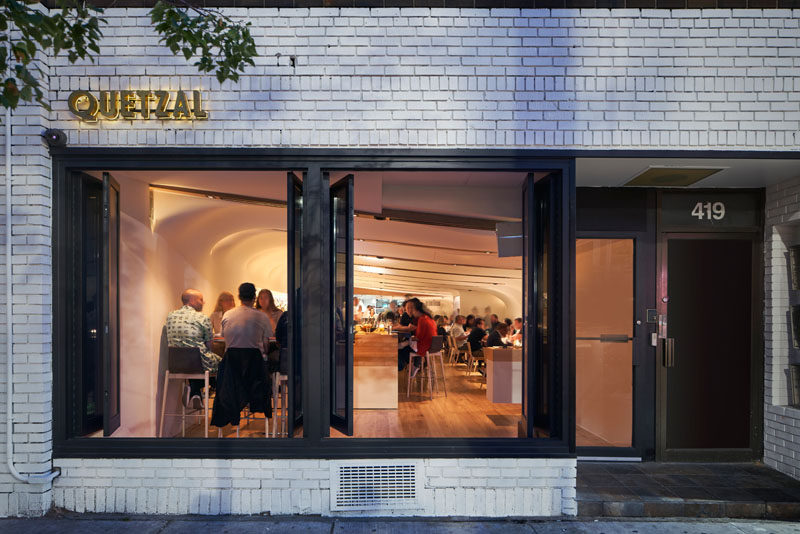 In addition to being inspired by the Mexico’s market stalls, further inspiration was drawn from the organic details found in Oaxacan pottery. 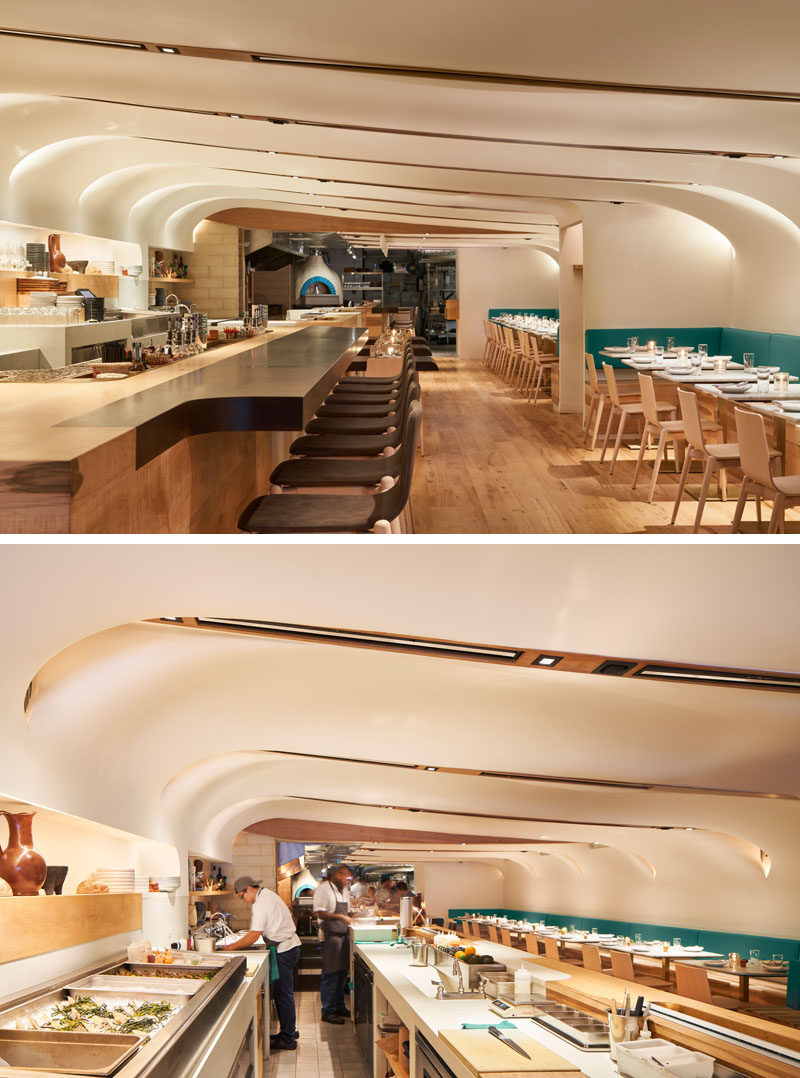 The white, undulating ceiling is composed of glass fibre-reinforced gypsum, while the bar and details feature Canadian maple and Ductal concrete. 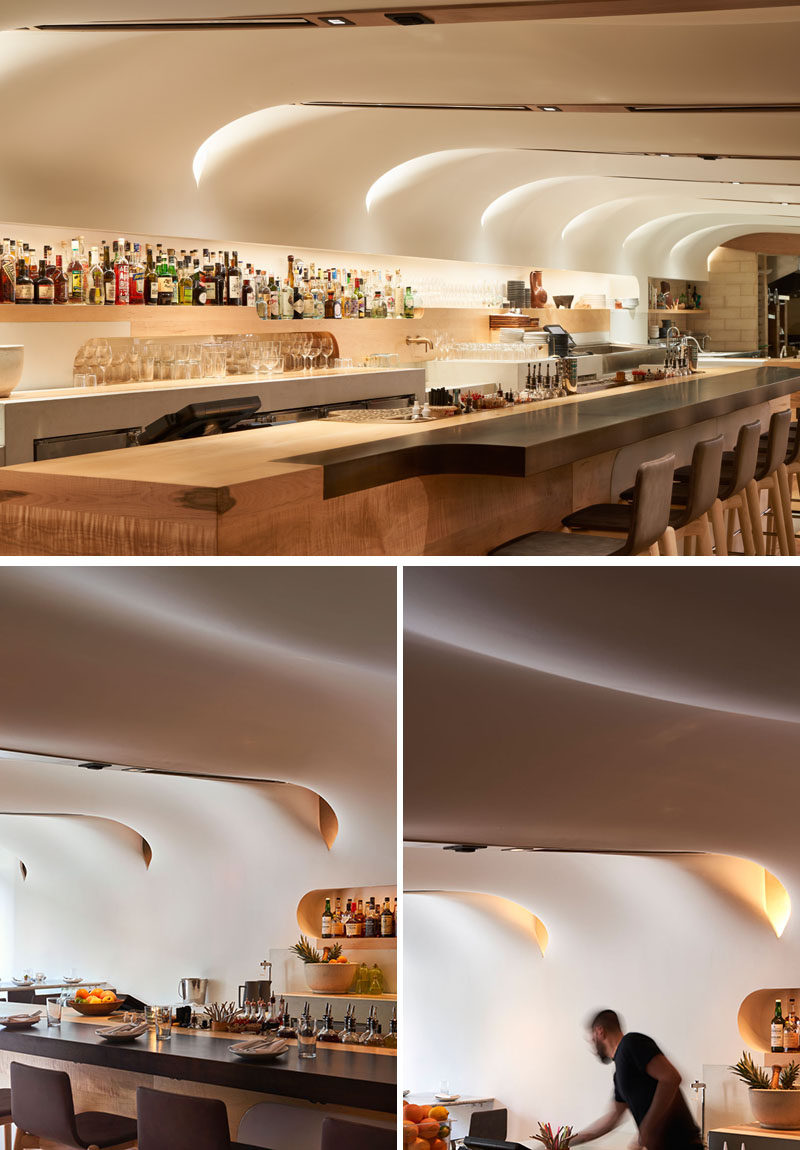 The restaurant’s open galley kitchen is a 24-foot-long, open-flame grill that runs the length of the space, making Quetzal one of the few restaurants in North America to deploy indoor wood fire on such a sizable scale. 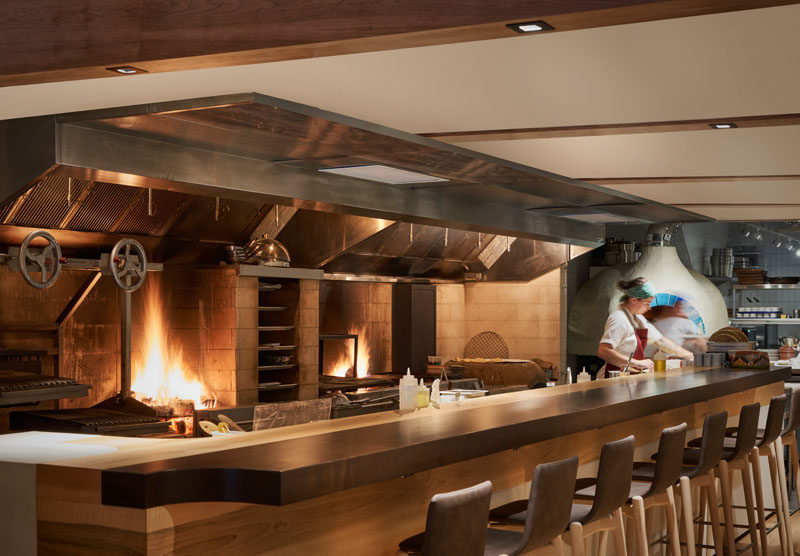