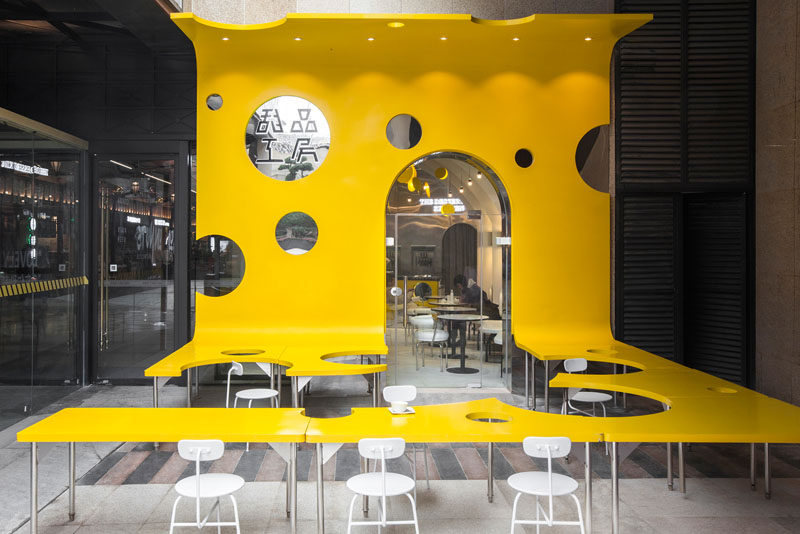 Towodesign has recently completed a new cafe named ‘The Dessert KITCHEN’, that’s located in an underground mall in Chengdu, China. The cafe has an eye-catching facade and an outdoor dining area that’s designed like a slice of cheese.

Inspired by the movie Charlie and the Chocolate Factory, the designers wanted to create a journey of imagination for the customers and draw attention to the cafe. They did this by incorporating a bright yellow cheese slice, that entices customers to travel through the slice into the cafe. The cheese slice design also provides a place for people to sit outside. 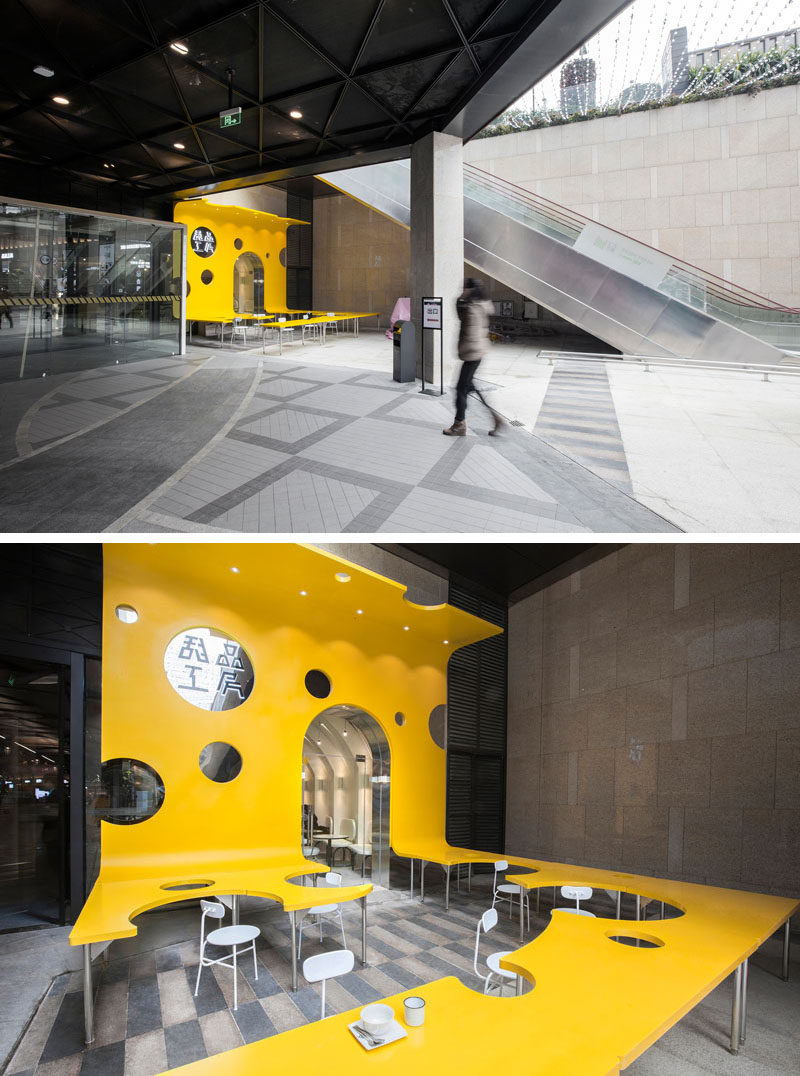 Inside the cafe, Towodesign intended to create a dessert heaven with a church-like interior structure with a sense of “ritualism”. Elements of towering domes of churches were applied to the ceiling, which consists of several vaults. 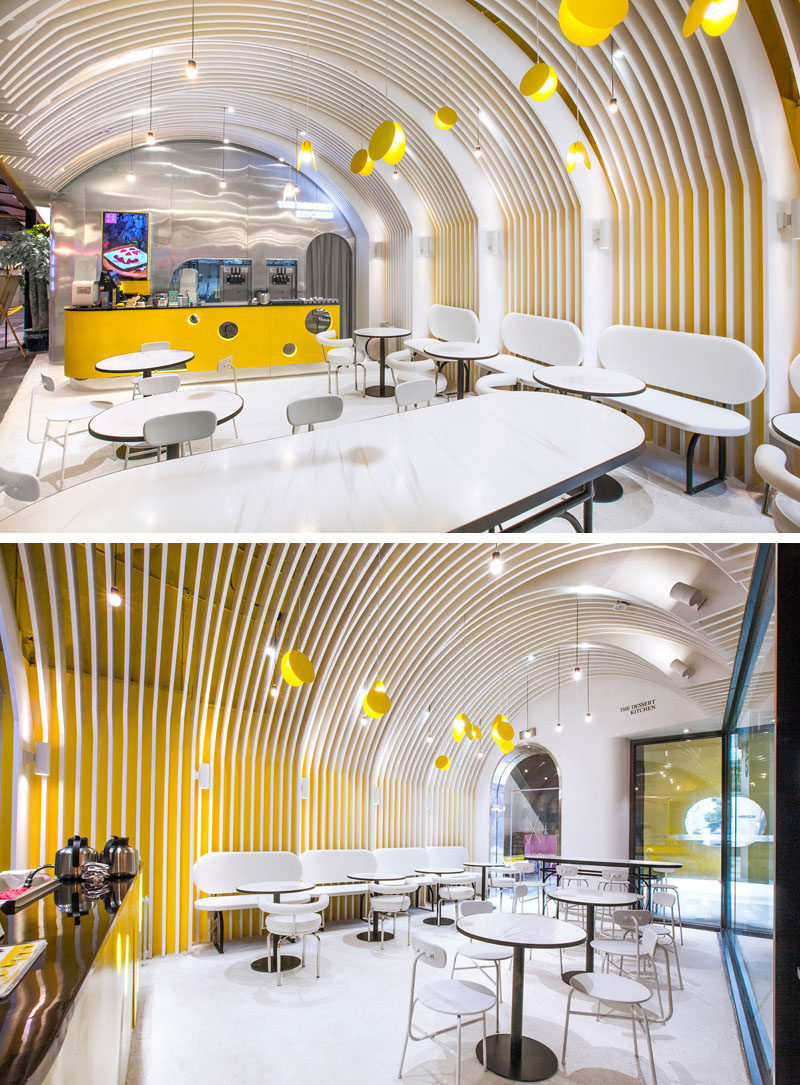 The fin covered vaults assist in concealing the air conditioning vent, while the yellow painted walls behind the fins aid in creating a soft color palette that connects to the bold yellow facade and bar counter. 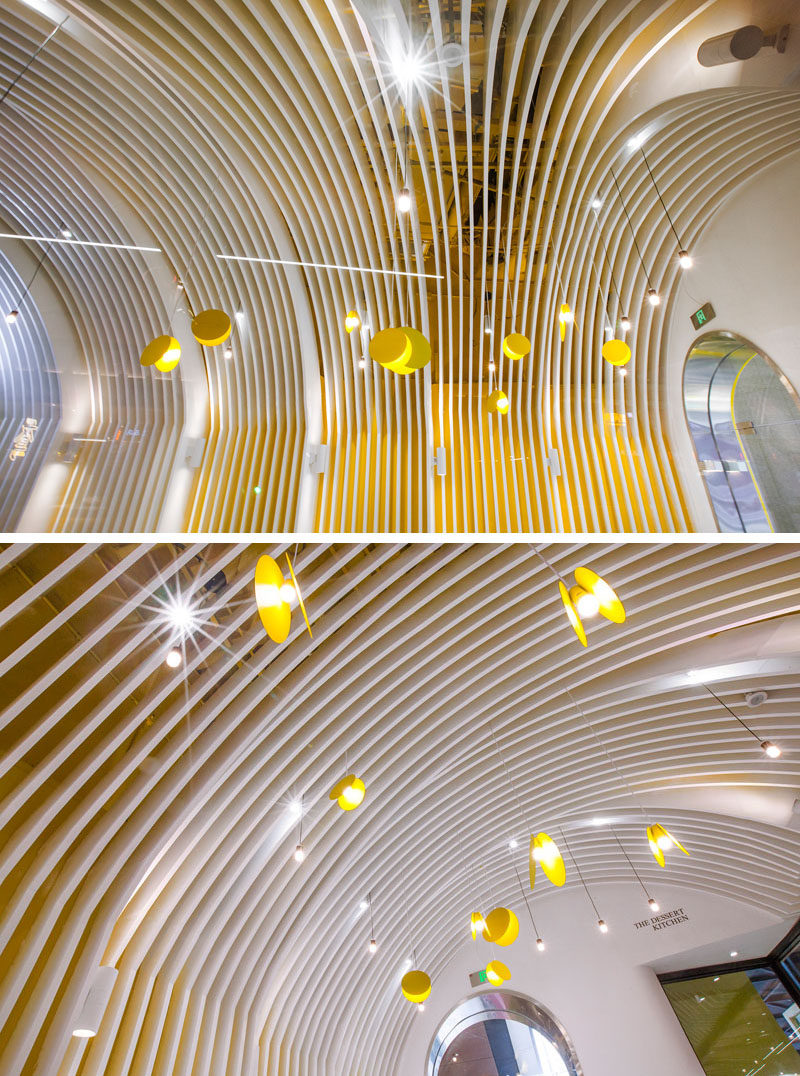 The bar / service counter also features the elements of cheese, echoing the structural eating area outside, while also drawing the attention of people passing by in the mall. 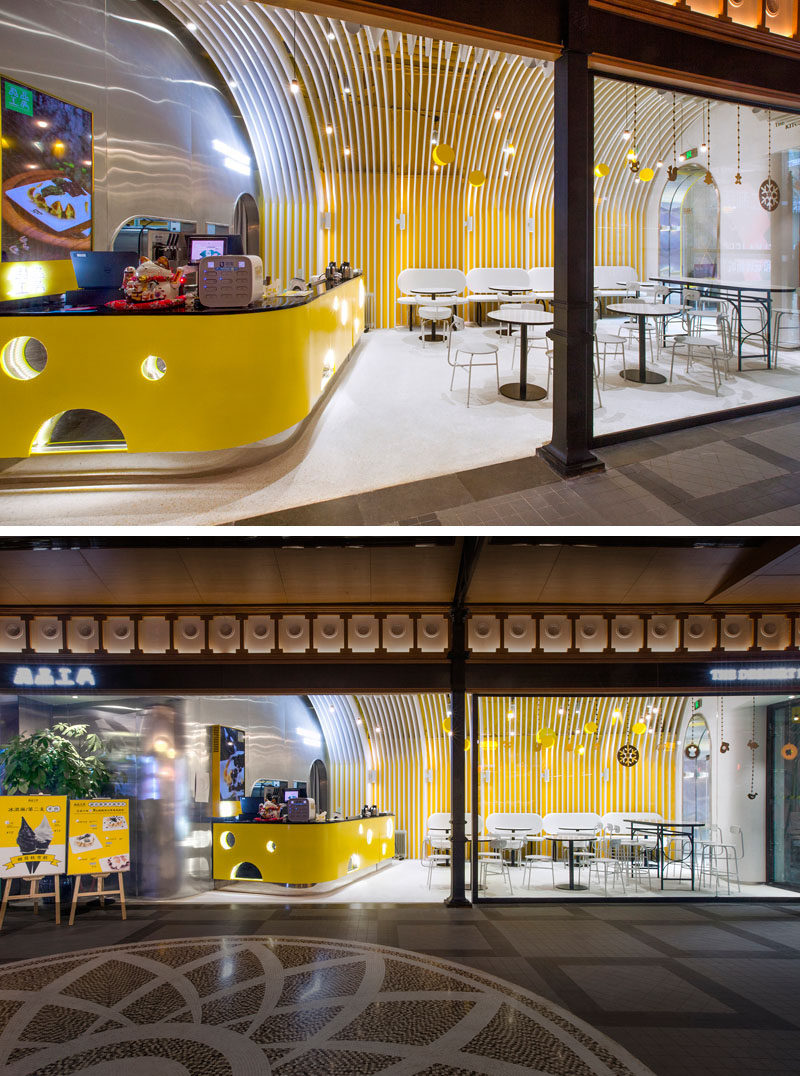