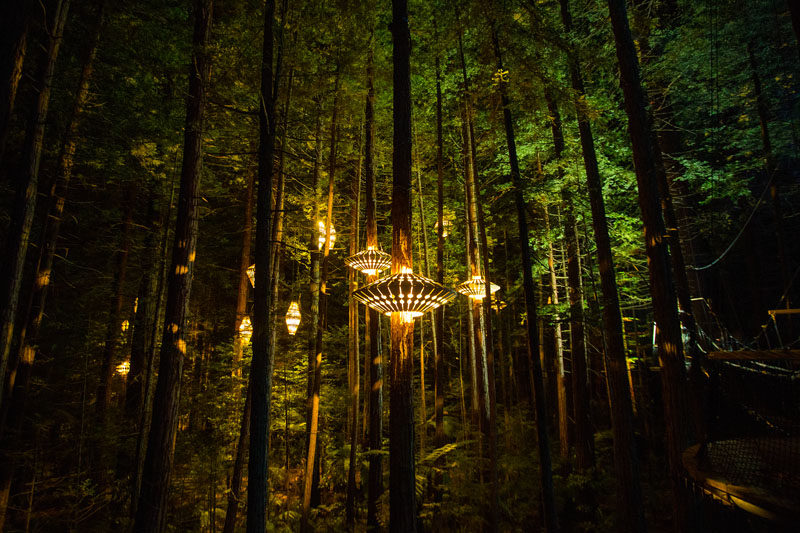 Each of the light fixtures included in the treewalk, some of which are over 8 feet tall, were first made in Trubridge’s workshop by him and his team.

Once the light fixtures were complete they were then assembled and installed in the forest around the bridges making up the treewalk.

Some of the lights were suspended over 80 feet above the ground, while others completely circle portions of the tree trunks, creating a dynamic light display for the entirety of the walk.

Suspended above and around the treewalk, illuminating the path and creating a unique visual experience, Trubridge’s lights are only one part of the Redwoods Nightlights. 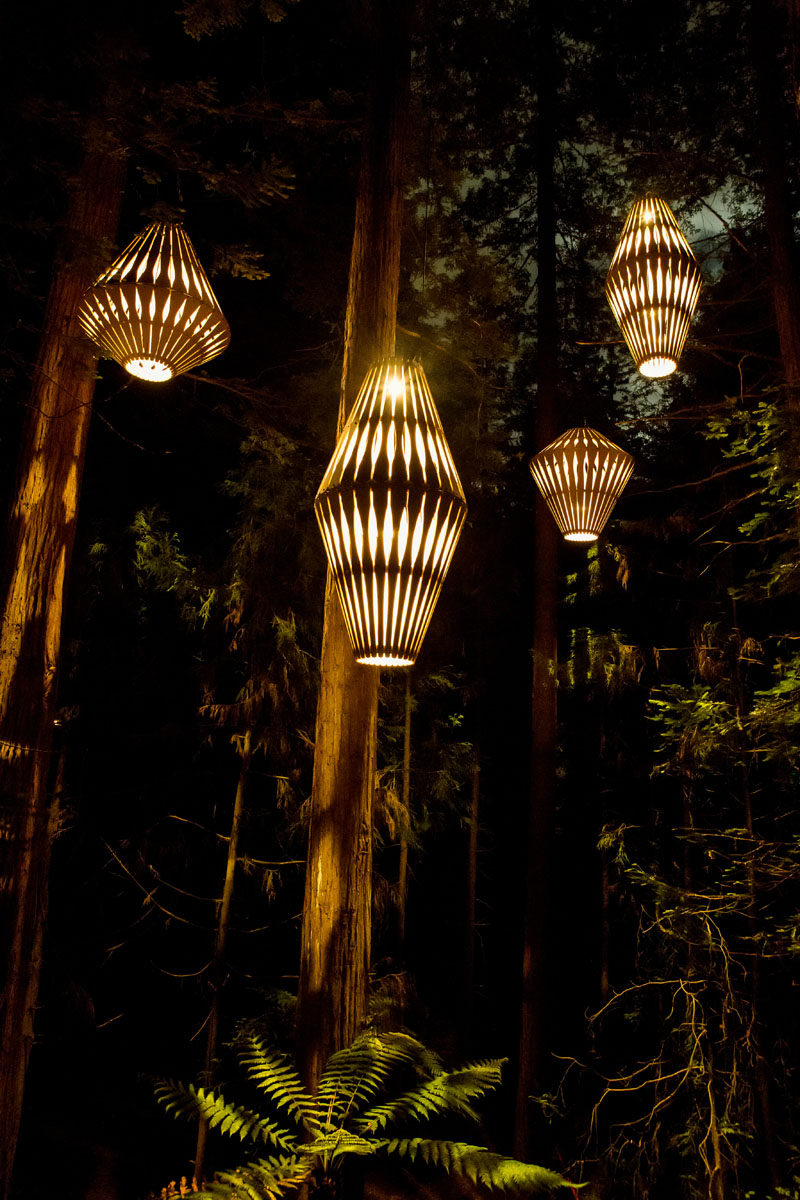 Other lights displays have been included in the design to compliment the large fixtures and add even more visual intrigue to the 1/3 mile treewalk. 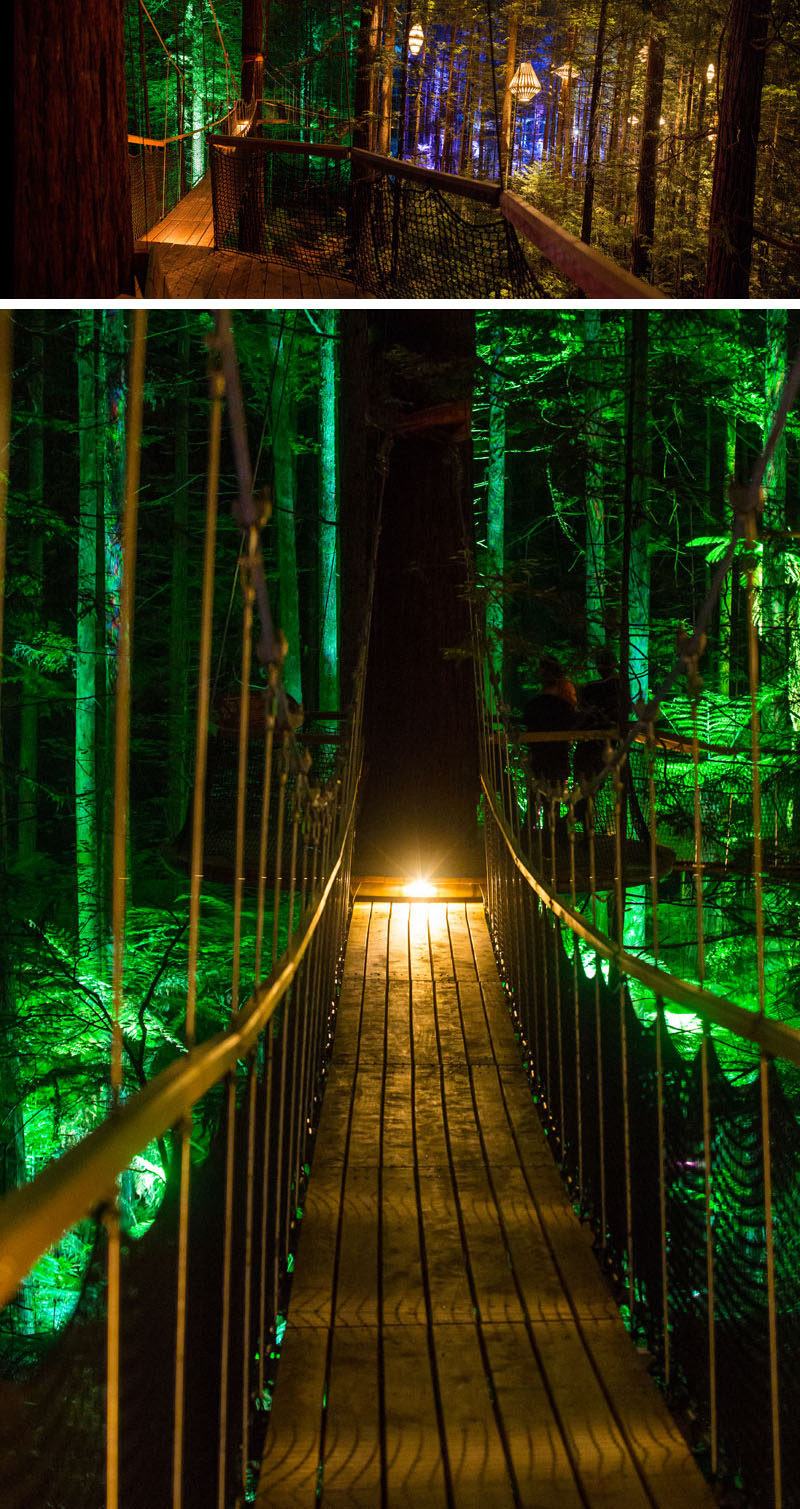 The Redwoods Nightlights, with original works by David Trubridge, will be open daily in Rotorua’s Redwood Forest throughout the year starting December 22, 2016. 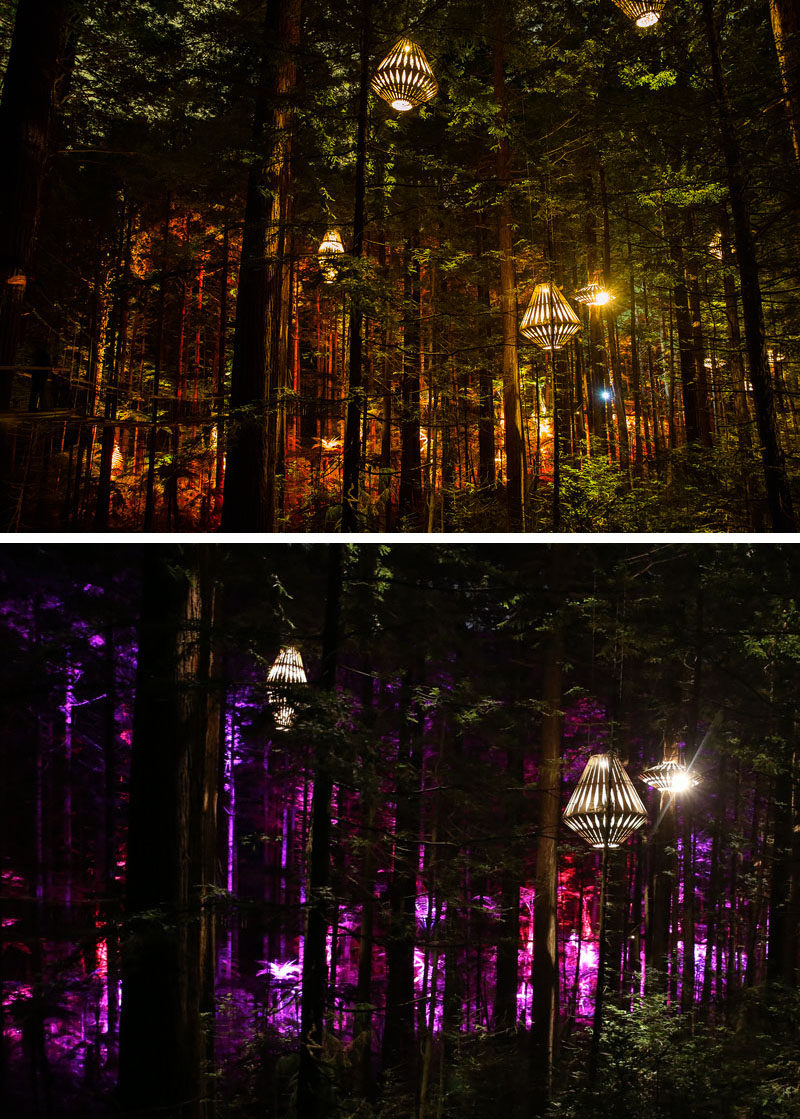