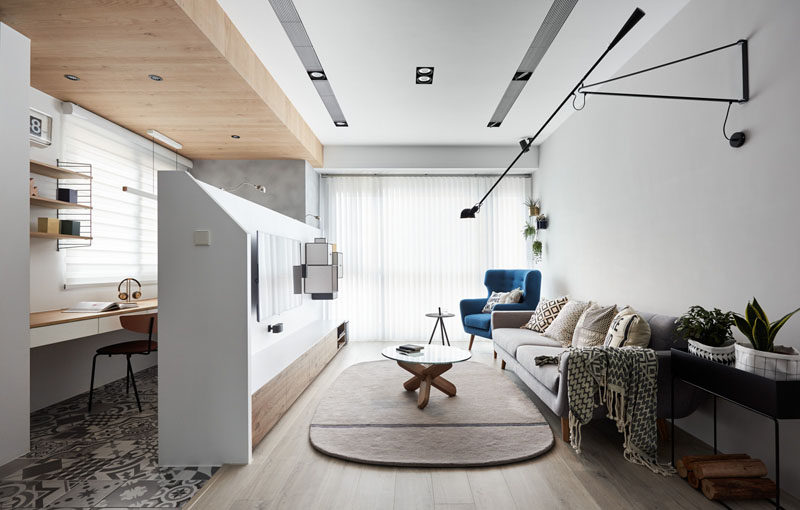 When Taiwanese interior design studio NORDICO were designing the layout of this apartment in Taipei, they had to get creative in order to create a separate space for a home office.

They did this by adding a pony wall in the living room, that divides the open room and allows the living room to have a display area for the television and storage unit. 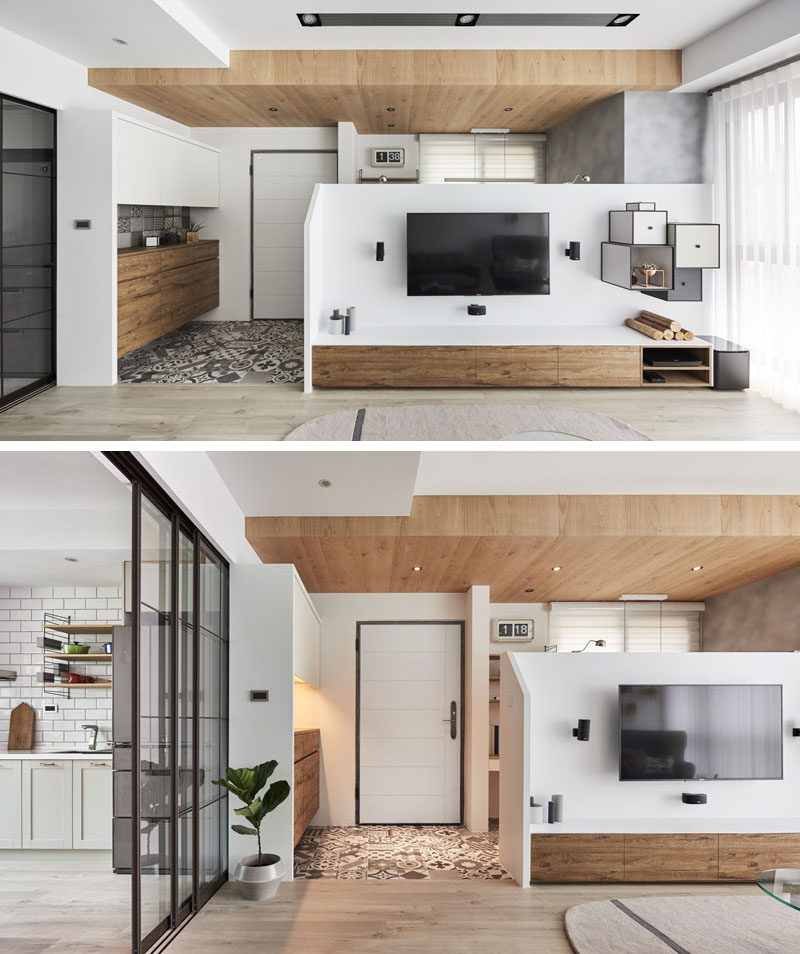 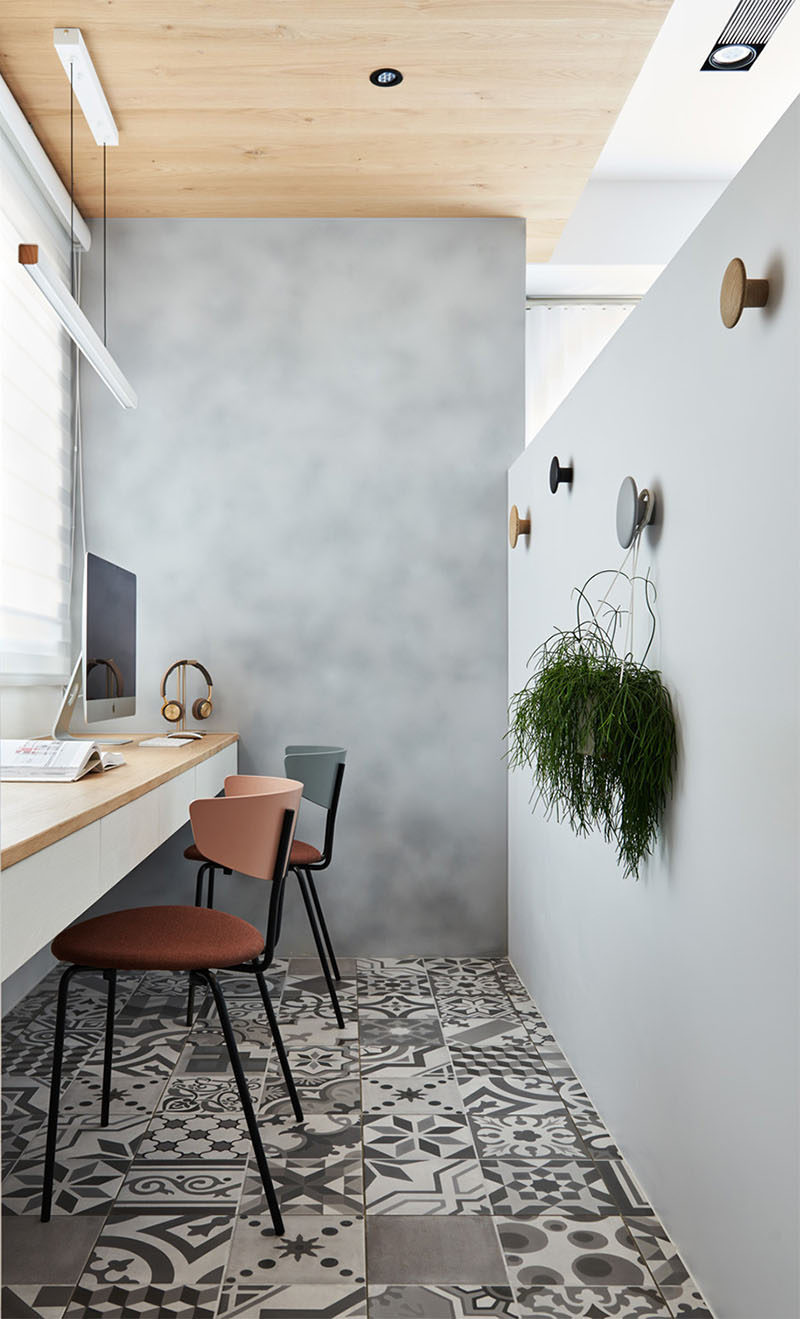 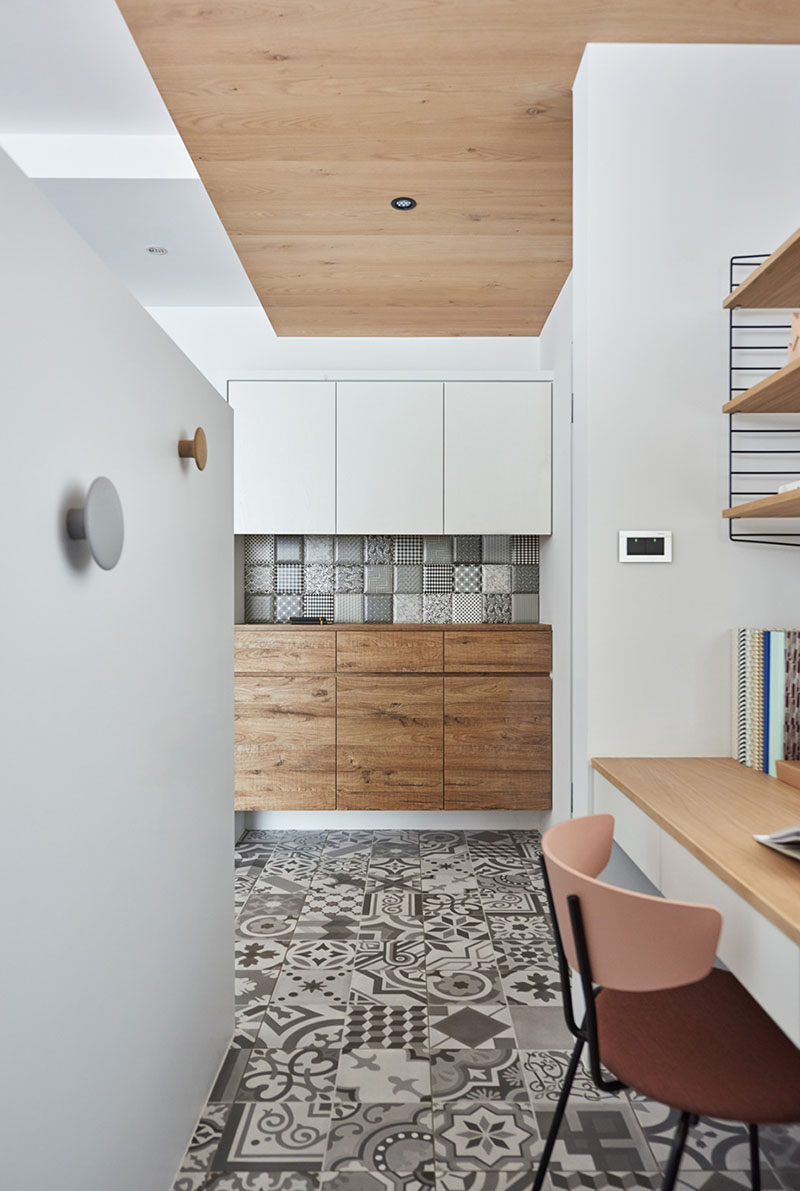